The UAE is the first to agree to U.S. push for peace in the Mideast

An official stands at the door of an Israeli El Al airliner that landed in Abu Dhabi, United Arab Emirates, on Monday. Associated Press/Photo by Nir Elias

An Israeli plane adorned with the Star of David and bearing the word “peace” in Hebrew, Arabic, and English landed in the United Arab Emirates on Monday. The touchdown of the first-ever commercial passenger flight between the two countries officially kicked off a U.S.-brokered deal to improve their relations. The United States hopes the agreement will pave the way for more Arab nations to establish friendly ties with Israel.

In the UAE capital of Abu Dhabi, state television interrupted its regular broadcast to show the arrival of high-level delegates on the plane, including President Donald Trump’s senior adviser and son-in-law Jared Kushner, U.S. national security adviser Robert O’Brien, and Israeli national security adviser Meir Ben-Shabbat. Kushner called the moment a historic breakthrough and said he hoped it would be the first of many: “There is great urgency between the people of both countries to break down old barriers, to get to know each other, to form new and hopefully very deep friendships.”

After Emirati authorities agreed earlier this month to pursue better relations, Israel suspended its planned annexation of Palestinian territory in the West Bank. On Saturday, the UAE officially scrapped its economic boycott against Israel, opening up increased cooperation in agriculture, medicine, technology, and tourism.

The agreement marks a major milestone in President Trump’s push to limit Iran’s influence in the Middle East. Last week, the United States moved to trigger a provision in the 2015 Iran nuclear deal that snaps UN sanctions against Iran back into place despite the U.S. withdrawal from the agreement in 2018. Iranian Ayatollah Ali Khamenei called the UAE’s move an act of treachery against the Islamic world, according to Iranian state media, adding, “The treason will not last for long.”

Among Arab states, only Egypt and Jordan have full relations with Israel. U.S. Secretary of State Mike Pompeo encouraged other countries to follow the UAE’s lead during a recent trip to the region, with limited success.

Saudi Arabia has refused to back a deal until Israel signs a peace accord with the Palestinians. But the flight to the UAE crossed over the Saudi capital, Riyadh, becoming the first Israeli commercial plane to enter Saudi airspace. The Saudi government on Wednesday granted permission for planes “from all countries” to cross over the country en route to the UAE.

Michael Rubin, a resident scholar at the American Enterprise Institute, told The World and Everything In It’s Mary Reichard that the Trump administration could push to cut similar deals before the U.S. presidential election in November.

“Let’s also stop trying to look at this solely through the lens of the American political calendar to recognize that other states have other interests, and no state should be fearful of what the United States’ reaction should be should they decide to make peace with [Israel],” he said. 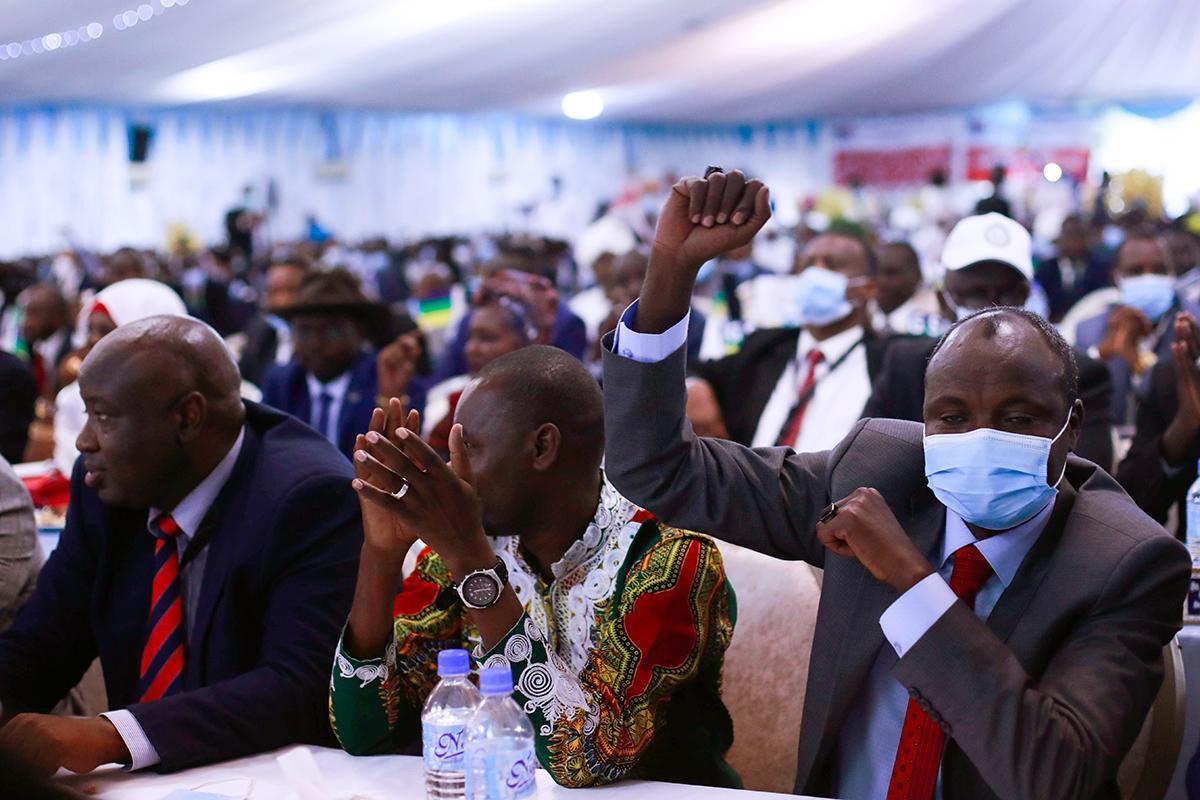 Rebel leaders raised their fists in celebration on Monday as they signed a peace deal with the Sudanese transitional government after more than a year of talks. The groups met in neighboring South Sudan.

The agreement gives the Sudan Revolutionary Front political representation, integration into security forces, economic provisions, land ownership, and assistance in returning displaced people. Rebel activities that began in 2003 in the Darfur region of western Sudan have killed 300,000 people. The southern regions of the country have faced unrest since 2011.

The transitional military-civilian government assumed power after the ouster of longtime authoritarian President Omar al-Bashir in April 2019. The United States, the United Kingdom, and Norway welcomed this week’s agreement in a joint statement as “an important step in restoring security, dignity, and development to the population.”

Two major rebel factions refused to take part in the deal. Abdel-Aziz Al-Hilu, leader of the largest rebel group, wants Sudan to drop Islamic law and become a secular state. The second group, the Sudan People’s Liberation Movement–North, rejected the transitional government and did not participate in any talks. —O.O. 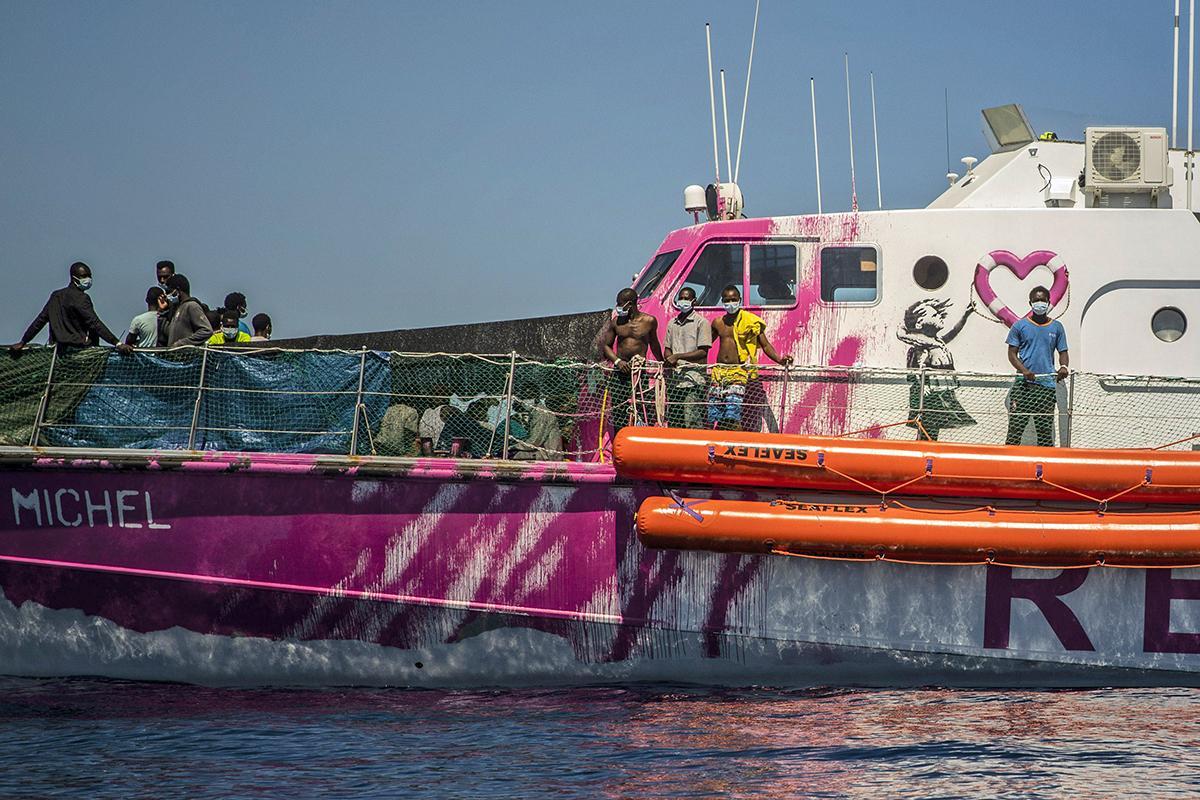 The art of rescue

British street artist Banksy converted his yacht into a hot pink lifeboat to assist African migrants and refugees adrift in the Mediterranean Sea. Within days of its first rescue effort, the Louise Michel became overcrowded and nearly capsized near Malta.

Banksy’s crew of activists issued a mayday alert on Saturday. The Italian coast guard took on only the 49 most at-risk passengers. Sea-Watch 4—part of a joint project of Sea-Watch, Doctors Without Borders, and United4Rescue—took the remaining 150 migrants.

Named after a French anarchist, the Louise Michel displays a black and white Banksy painting of a child wearing a life preserver. “EU authorities deliberately ignore distress calls from non-Europeans,” the artist said on Instagram. “All Black Lives Matter.”

The UN refugee agency and the International Office of Migration pleaded with European nations to take in the hundreds of migrants currently awaiting safe harbor. The Maersk Etienne cargo ship has remained anchored at Malta for three weeks seeking permission to turn over 27 Libyans it rescued last month. On Tuesday, Sea Watch International announced that authorities in Palermo, Italy, agreed to take survivors from its ship. —Julia A. Seymour 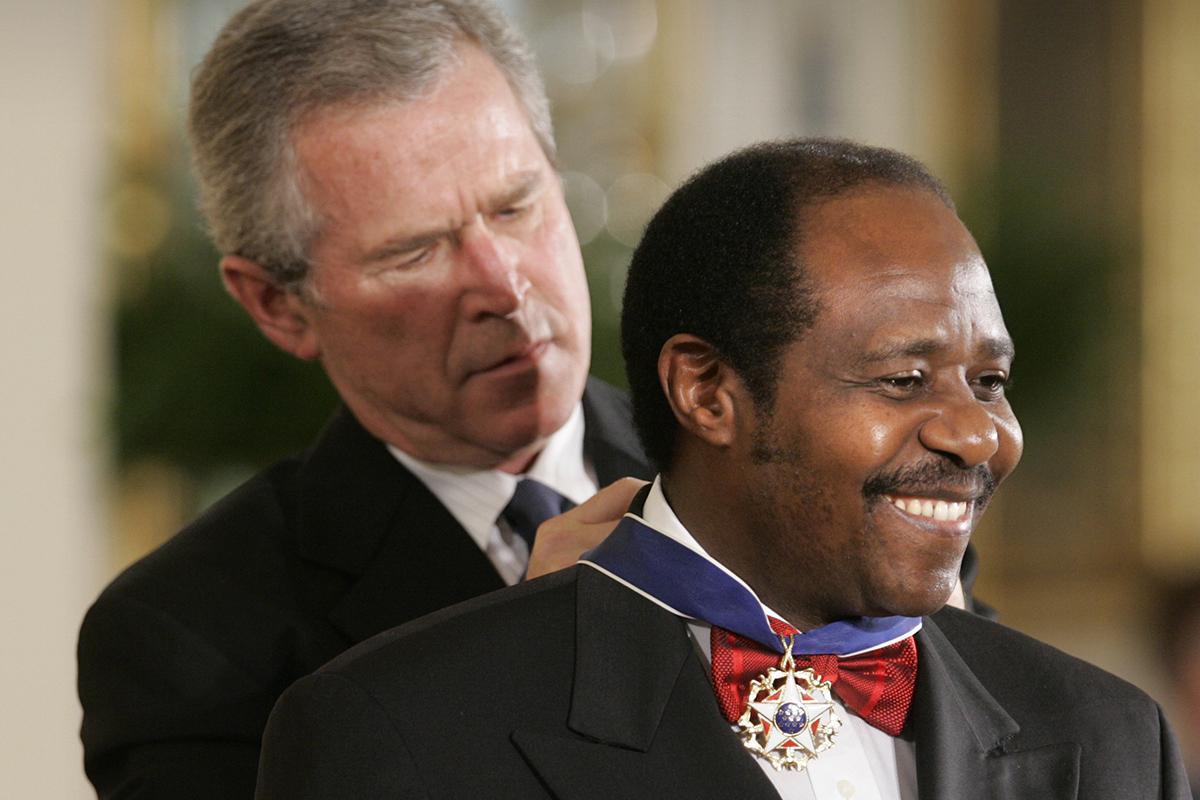 Paul Rusesabagina, portrayed in the film Hotel Rwanda about the African country’s 1994 genocide, faces terrorism charges in his home country. Officials accuse him of leading and sponsoring several armed groups.

Thierry Murangira, a spokesman for the Rwanda Investigation Bureau, said officers detained Rusesabagina “through international cooperation” as he traveled to Dubai, United Arab Emirates. A UAE official told CNN the country had no involvement in the arrest. The 66-year-old is a permanent resident of the United States. His daughter, Carine Kanimba, said he was abducted.

Hotel Rwanda depicts how Rusesabagina used his job as a hotel manager to protect more than 1,200 people, most of them vulnerable members of the Tutsi ethnic group, during the genocide. The Rwandan government has accused him of exaggerating his actions and using them for personal gain. Rusesabagina has denied supporting rebel groups. “There is no evidence to what they’re claiming,” Kanimba said of the charges. “We know this is a wrongful arrest.” —O.O.

In a rare sign of defiance, parents and children in the Chinese-controlled autonomous region of Inner Mongolia gathered outside schools to protest official efforts to replace the Mongolian language with Mandarin in teaching core subjects. In Tongliao, police temporarily blocked parents from picking up students whom they wanted to take out of school in protest.

Elementary and secondary schools resuming this week are under new requirements to teach history, politics, and language and literature in Mandarin. Officials also bumped Mandarin classes from the second grade down to first.