The disaster renews attention over the plight of Rohingya refugees

Nosiba Khatun squatted on a charred mat where her shelter once stood at the Nayapara Registered Refugee Camp in Bangladesh’s Cox’s Bazar. Ashes and rows of concrete pillars are all that remained of clustered tent homes. “We have nothing remaining, everything has been destroyed,” she told a World Food Program team.

A fire broke out at the 22,500-resident camp shortly after midnight on Jan. 14, injuring about 10 people. No one died, but the blaze destroyed hundreds of shelters and left thousands of camp residents reeling. Another fire last week gutted four schools run by the United Nations children’s agency. The disaster has renewed global attention to the plight of the hundreds of thousands of Rohingya refugees who remain at severely overcrowded camps like Nayapara in the area.

The local fire department brought the flames under control in two hours. But aid groups confirmed that in that time the fire destroyed more than 550 shelters for about 3,500 refugees, along with 150 shops, and a nonprofit facility. Responders dismantled 122 other shelters to stop the blaze from spreading. The United Nations’ refugee agency said as many as 90 percent of refugee households likely lost their identity documents in the fire and have started to coordinate replacements. In the hours after the Nayapara fire, World Food Program provided hot meals at the camp. Later, the Bangladesh Red Crescent Society delivered sleeping mats, blankets, and female hygiene kits to affected families.

A camp-led committee concluded the fire began in one family’s shelter and quickly spread due to the flammable materials used in the camps. UNICEF initially said it suspected arson in the other fire less than a week later at its learning centers, but the communications team this week told me it’s still under investigation.

In the last three decades, thousands of minority Rohingya Muslims facing persecution in Myanmar, also known as Burma, have fled into neighboring Bangladesh in waves. Bangladesh’s refugee population climbed toward 1 million in 2017 following a deadly military-led crackdown in western Myanmar. More than 700,000 Rohingya fled to the Bangladeshi port city of Cox’s Bazar, which now hosts the world’s largest refugee settlement. Some 90,000 Rohingya children have been born in the city’s 34 displacement camps in the past three years, according to Bangladeshi Foreign Secretary AK Abdul Momen.

Overcrowding at the camps has put a strain on already limited space and resources. In December, Bangladeshi authorities started to relocate some of the refugees to the previously uninhabited remote island of Bhashan Char. But international aid groups opposed the move, pointing to flooding concerns during the monsoon season. But the growing population has strained Bangladesh. “For us there is no alternative to begin the repatriation on a fast track,” Momen said.

Previous attempts to repatriate the refugees to Myanmar in 2018 and 2019 fell through. Bangladesh has said it will begin another effort to return the refugees in June. But many Rohingya said they will not go unless the Burmese government meets their demands, including full citizenship rights, a neutral security force to ensure their safety, and the prosecution of all abusers.

“Forcing the Rohingya to choose between two bad situations is a very bad tool for resettlement, and it will do nothing to prevent future waves of refugees from returning if the human rights situation in Burma is not addressed,” said Kyaw Win, executive director of the Burma Human Rights Network. 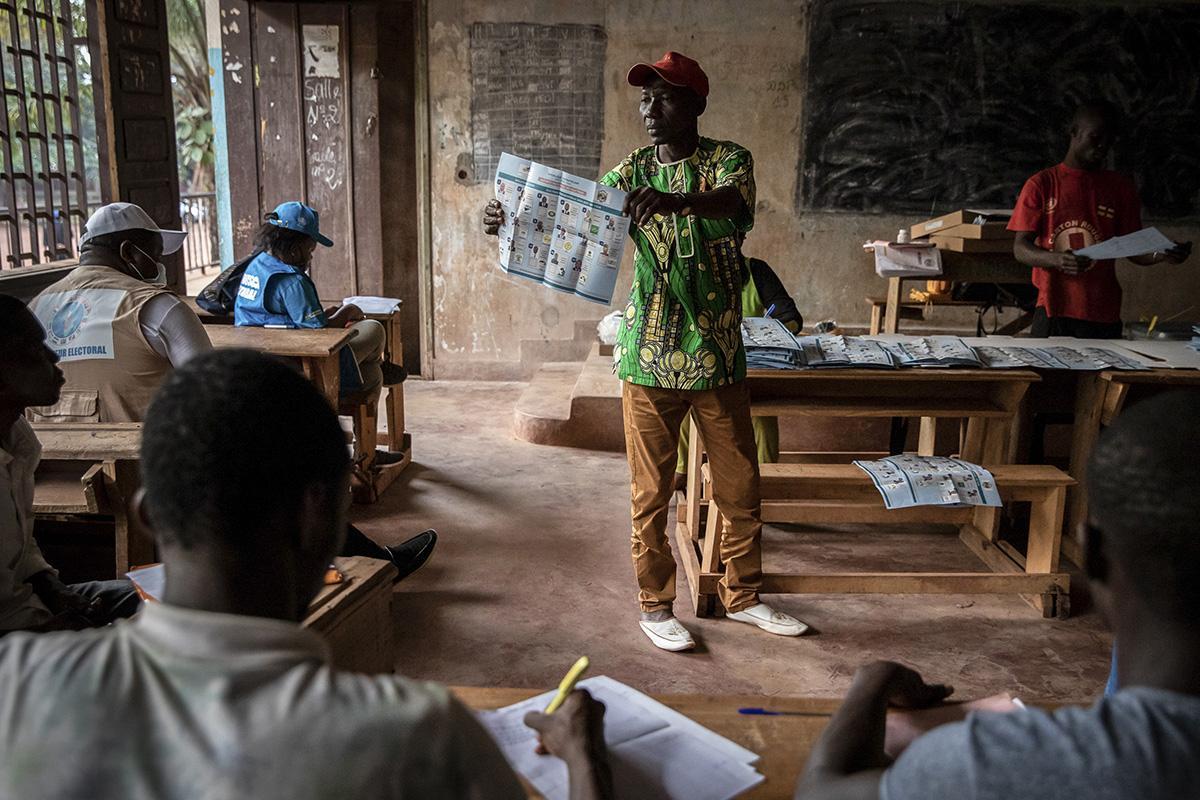 Political unrest that began in December in Central African Republic has triggered alarming food shortages in the landlocked nation.

A rebel alliance known as Coalition des Patriotes pour le Changement (CPC) seized control of several towns and roads leading to the capital city of Bangui to protest former President François Bozizé’s exclusion from the Dec. 27 vote. The Seleka rebel alliance overthrew Bozizé in 2013, sparking major conflict between majority Christian and Muslim armed groups. Many of the insurgents signed a peace deal in Khartoum in 2019, but several rebels joined the CPC.

The country declared a state of emergency last week as United Nations peacekeepers joined the army to push back the CPC. The violence has displaced more than 100,000 people, including some 10,000 refugees who fled to the Democratic Republic of Congo. The rebels have blocked the main supply route from Cameroon, leaving more than 1,600 trucks stranded at the border—some carrying food and medicine. The price of staples such as oil, meat, and cassava have risen by more than 50 percent, the United Nations reported.

“This new wave of violence and displacement is increasing humanitarian needs at a time when the Central African people are already dealing with the consequences of the COVID-19 pandemic and years of conflict and insecurity,” said Fran Equiza, the national representative on the UN children’s agency. —O.O. 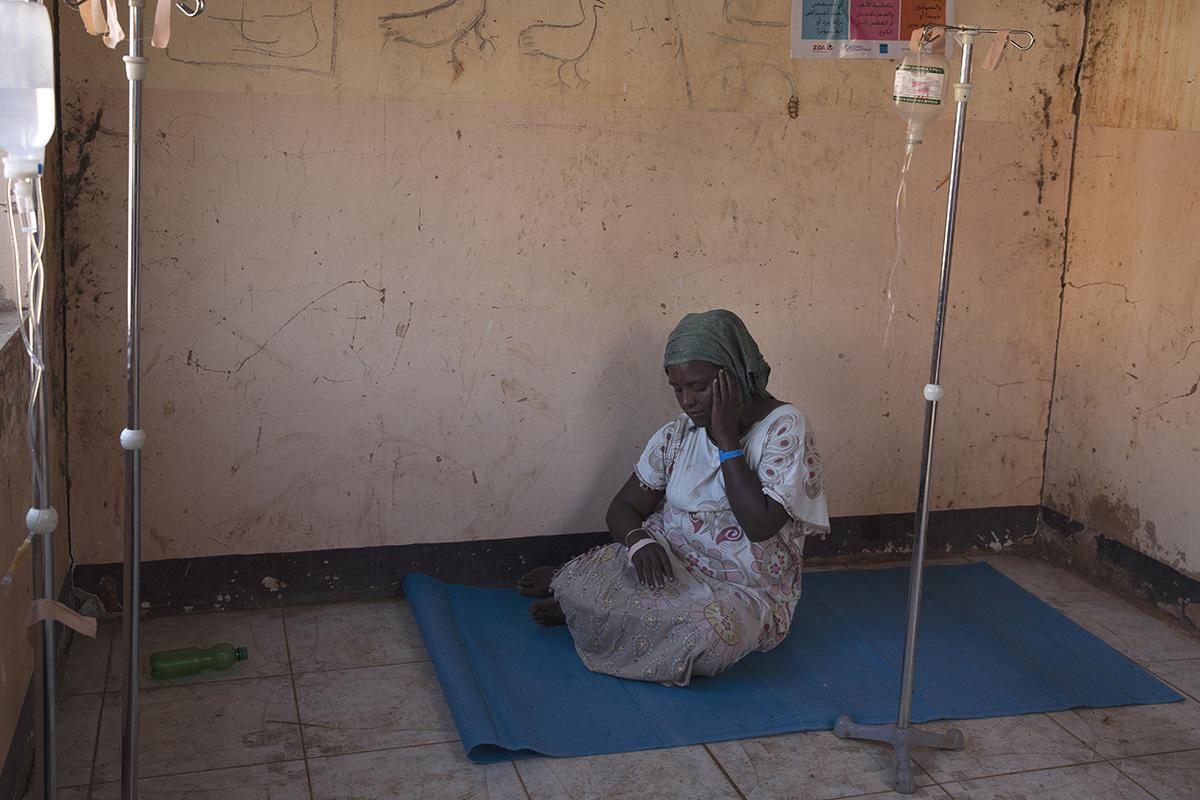 Tewadrous Tefera Limeuh, a doctor at the Hamdayet camp in Sudan, heard multiple assault accounts as he treated refugees who fled from Ethiopia’s restive Tigray region. One woman said three soldiers assaulted her, and another soldier forced a 25-year-old to choose between death or rape, he told Reuters.

Pramila Patten, the UN special representative on sexual violence in conflict, last week described disturbing reports of people forced to rape family members and exchange sex for food: “In addition, there are increasing reports of sexual violence against women and girls in a number of refugee camps.”

Fighting broke out in November between the federal government and the semi-autonomous leaders of the Tigray region. Witnesses have reported forces allied with federal troops carrying out violence and assault, including in northern Ethiopia and neighboring Eritrea. The UN called for immediate and unconditional access for humanitarian actors and independent human rights monitors. —O.O. 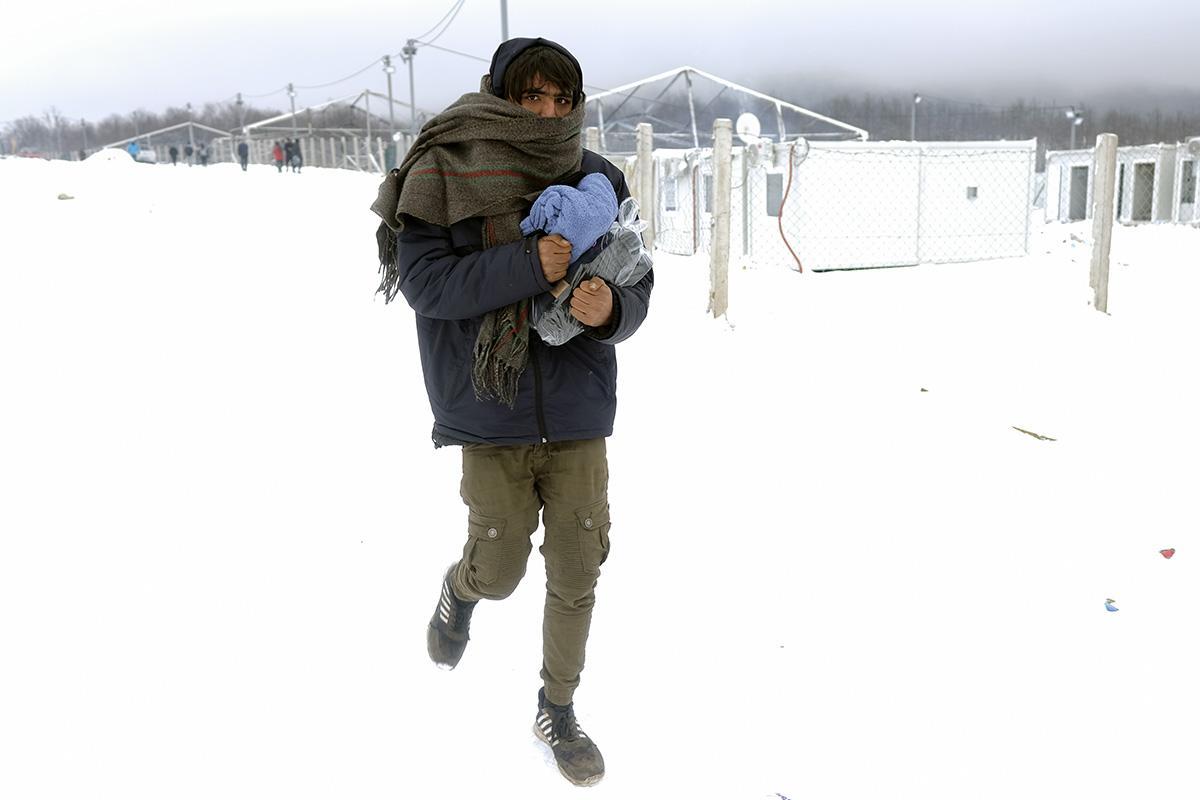 Bosnian authorities worked with the UN International Organization for Migration (IOM) to set up the Lipa Emergency Tent Camp in the country’s northwest back in April to prevent the spread of the coronavirus. But the aid group pulled out in December, saying the camp lacked access to water, electricity, and heating. Police said some of the residents who had to leave burned the center in protest.

Bosnia-Herzegovina currently hosts about 9,000 refugees and migrants, according to IOM. Many came from Africa, South Asia, and the Middle East with hopes of reaching the European Union through Croatia. The Bosnian military set up tents, but the migrants said they lack electricity and bathrooms. Some sought shelter in the rubble of the torched camp and use plastic bottles as fuel to cook and stay warm. “Failure by Bosnian authorities at all levels to cooperate on migration management and humanitarian assistance has contributed to the current crisis,” Human Rights Watch said. —O.O.

Cyclone Eloise brought strong wind, heavy rainfall, and destruction when it made landfall in central Mozambique last Saturday. It weakened to a tropical storm but continued to dump heavy rain across Zimbabwe, Botswana, and South Africa. At least 21 people died, including 11 in Mozambique.

In Zimbabwe, the national water authority warned overflowing dams could cause more flooding. Floodwaters in northeastern South Africa destroyed a makeshift bridge. The International Red Cross had warned that the cyclone could affect as many as 400,000 people. In 2019, Cyclone Idai hit Mozambique and other southern regions, leaving more than 600 dead. —O.O.