One Christian ministry has had enough of the Southern Poverty Law Center’s disparaging “hate group” characterization. D. James Kennedy Ministries filed a lawsuit Aug. 23 in an Alabama federal court alleging the Southern Poverty Law Center (SPLC) “trafficked in false and misleading descriptions” of the ministry and that other entities also named in the suit perpetuated the libel.

Christian ministries that affirm the Biblical view of marriage and human sexuality have earned the SPLC’s “hate group” designation, a designation repeated by many media outlets without question. Groups like D. James Kennedy Ministries, Alliance Defending Freedom, and the Family Research Council have demanded retractions and apologies to no avail. It would have cost the SPLC and three other entities named in the lawsuit nothing to apologize. But with no apology forthcoming and the ministry’s reputation sullied, D. James Kennedy Ministries now seeks restitution.

But Brad Dacus, president of Christian legal group Pacific Justice Institute, another organization on the hate group list, doesn’t hold much hope for the lawsuit. The SPLC “knows the law” and its “well-paid attorneys make sure what they say will hold up in a court of law,” he told me.

Proving libel, slander, and defamation in court is extremely difficult, and a jury would most likely define the hate group label as an opinion instead of a “factual misrepresentation,” as libel law demands, Dacus said.

Online charity clearinghouse GuideStar and internet retailer Amazon and its charitable giving arm AmazonSmile also are named in the lawsuit, which seeks a jury trial and financial damages.

“Those who knowingly label Christian ministries as hate groups, solely for subscribing to the historic Christian faith, are either woefully uninformed or willfully deceitful,” said Frank Wright, president of D. James Kennedy Ministries. “In the case of the Southern Poverty Law Center, our lawsuit alleges the latter.”

GuideStar added the hate group label to its description of the ministry earlier this year. AmazonSmile references GuideStar when determining which charitable groups it supports. Because of the designation, AmazonSmile refused to allow the ministry to register with its program.

The Family Research Council (FRC) applauded the lawsuit, calling any use of the hate group label against Christians or their ministries “reckless, irresponsible, and uninformed.” Floyd Lee Corkins, who in 2012 shot and wounded an FRC employee during a foiled mass shooting attack, said the SPLC’s hate group designation, in part, motivated his attack.

Despite violence targeting Christians, the SPLC refuses to change or address the complaint.

Liberty Counsel, another Christian legal group smeared with the SPLC hate group designation, sued GuideStar in June over its use of the term. GuideStar dropped the designation but said the information would be available upon request.

“To be defamed as a hate group is nothing more than an attempt to silence every Bible believer in our nation,” he said. “This type of bullying is wrong, immature, and dangerous.” 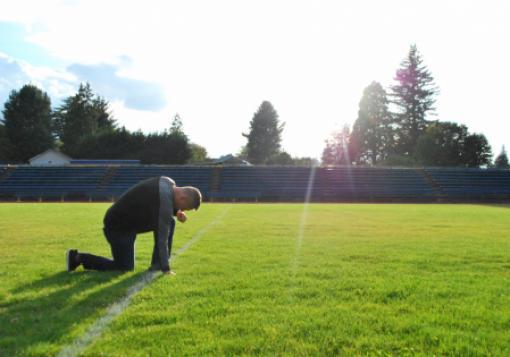 Taking a stand for taking a knee

Joe Kennedy, the former Washington state high school football coach reprimanded and then fired for taking a knee and praying on the 50-yard line at the conclusion of each game, lost his appeal to the 9th U.S. Circuit Court of Appeals. The loss is significant but so too is the potential breadth of the Aug. 23 decision, which could stymie any public religious expression or display by public school personnel, Kennedy’s attorney said.

Jeremy Dys, an attorney with First Liberty Institute, which represents Kennedy, told me they are considering all legal options, including an appeal to the U.S. Supreme Court.

Kennedy had sought a preliminary injunction against the Bremerton School District in 2015 that would have reinstated him as coach and allowed him to silently offer his post-game prayer, which he has done since 2008 without public complaint. He never asked anyone to join him, but over the years players and students from both competing teams joined the coach at the center of the field. Kennedy then began giving brief motivational talks that included religious references. After someone drew the district’s attention to the events, the district told Kennedy to halt all public displays of prayer, saying his action violated the Establishment Clause of the First Amendment to the U.S. Constitution.

“When Kennedy kneeled and prayed on the 50-yard line immediately after games while in view of students and parents, he spoke as a public employee, not as a private citizen, and his speech therefore was constitutionally unprotected,” Judge Milan Smith wrote in the 3-0 decision.

The ruling presumes Kennedy took advantage of his position “to press his particular views upon the impressionable and captive minds before him.” Dys said that standard, and the doubling down in a concurring opinion, that Kennedy’s actions breach the Constitution’s Establishment Clause could make every public display of faith an actionable offense.

Taking a knee in prayer, even for an injured player, could get a public school employee reprimanded, he said. The ruling essentially bans all displays of religion—including wearing kippahs or crucifixes—while on duty.

“That highlights how dangerous this decision is,” Dys said. —B.P. 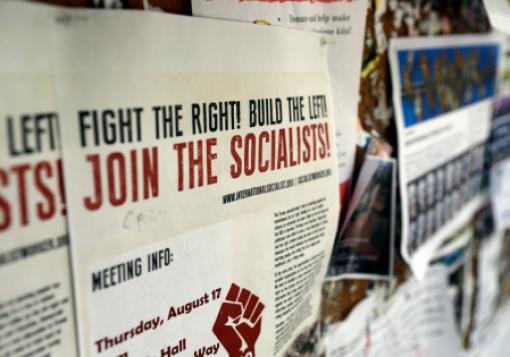 The irony couldn’t be more glaring. The University of California, Berkeley, chancellor’s call to shore up the school’s damaged free speech movement reputation has generated derision among student leadership and staff who want to control whose speech gets heard on campus.

In recent months, Berkeley’s storied—and sometimes riotous—free speech reputation has taken a hit. Violent demonstrations against right-wing provocateur Milo Yiannopoulos shut down his February speech, while threatened protests against conservative speakers Ann Coulter and Ben Shapiro ended those events before they began. In an effort to restore the school’s free speech integrity, Berkeley’s new chancellor, Carol Christ, in an Aug. 23 statement urged students and staff to “respond to hate speech with more speech.”

Then she invited Yiannopoulos, Coulter, and Shapiro back to campus.

“Call toxic speech out for what it is, don’t shout it down, for in shouting it down, you collude in the narrative that universities are not open to all speech. Respond to hate speech with more speech,” Christ said in an email sent to all students, faculty, and staff.

But Michael Mark Cohen, an American history professor at Berkeley, proposes shutting down speakers he opposes: “We need to chase them off campus on day one.”

Cohen referred to the events as “hate rallies” and “hate speeches.”

“This will bring a hostile racial climate to a campus already struggling with racism,” Cohen tweeted. “All so @UCBerkeley Admin can appease the Alt-right.”

Zaynab Abdulqadir-Morris, president of the Associated Students of the University of California, echoed Cohen’s disdain for Christ’s admonitions.

“I have already said this, but my stance as @asucpres is to ban provocateurs + proponents of ethnic cleansing from the UC Berkeley campus,” Morris tweeted Aug. 23 from her personal account.

“Insanity” a great word to describe what is happening at Berkeley. Their lack of any uniform agreed upon set of standards ends in any anything goes and anything can be right, or wrong, resulting in total chaos. This is exactly what they are getting.