Patricia Scheffler has battled bone cancer alone at a hospital in Pittsburgh for nearly a month. Twice a week, she goes to a fitness room and looks out a window to see her husband of 42 years standing near a flagpole, waving. They have Netflix dates on Saturday nights, and he sends handwritten letters, fast food, and clean laundry.

To limit the spread of the new coronavirus, hospitals, nursing homes, and assisted-living facilities nationwide have prohibited visitors for most patients. For now, families must accept that physical separation from loved ones, even during their darkest hours, might be the best weapon against the pandemic.

That means healthcare workers play a vital role in connecting sick and dying patients with their spouses, children, grandchildren, and other loved ones. Sometimes that entails delivering notes and goodies to patients like Scheffler. Other times it means holding a cellphone to a patient’s ear while family and friends say goodbye. Many patients are suffering and dying alone.

Gina Graves, director of pastoral care at the Swedish Medical Center in Englewood, Colo., said she has prayed with many patients and their families over speakerphone in recent weeks. The hospital suspended its volunteer program called No One Dies Alone last month because of the coronavirus outbreak. Now, Graves and her team of chaplains minister to ill and dying patients in full protective gear, unable to hold their hands and with masks hiding their facial expressions: “We’re doing the best we can.”

Family members are struggling to stay connected. Erin Muth’s father was hospitalized last month for COVID-19 at SSM Health St. Clare Hospital in Fenton, Mo. She lost contact with him for six days while he was isolated, sedated, and hooked up to breathing machines. Then, his lab results began to worsen, and one morning his heart stopped. Doctors resuscitated him, but Muth feared her father might not make it through the night. One nurse arranged a conference call, holding the phone up to his ear while Muth, her mother, and other family members said what they thought could be their final goodbyes.

The next day, Muth’s father began improving. It was his 65th birthday, and one nurse arranged a video chat for the family. Muth’s three sons sang “Happy Birthday” to him. After that, Muth said he began to turn around: “I believe the communication made a huge difference.”

Muth and her husband decided to start a fundraising campaign to buy iPads for the intensive care and COVID-19 units at seven area hospitals run by SSM Health, a Catholic nonprofit healthcare group. So far, the couple has raised nearly $24,000, enough for 70 iPads. In response, SSM Health created a policy requiring nurses to offer the video chat option to patients twice a day during certain hours.

Muth’s father was discharged last week. She has already heard from one woman who said goodbye to her grandfather over one of the donated iPads just before he passed away at St. Clare Hospital.

Michael Toscano, executive director of the Institute for Family Studies, argues that as soon as rapid testing capabilities are available, hospitals should admit coronavirus-free family members of mortally ill patients.

“As the capacity to test increases, the moral calculus changes,” he wrote in The Wall Street Journal. “The moment of death is a sacred time, and being present for it flows from our gut knowledge of the intrinsic value of the dying.”

Toscano also recommended that states allow families to designate one member to visit a loved one at a nursing home or assisted-living facility, provided that person is tested before each visitation. He acknowledged this would be a “massive undertaking,” but added, “The alternative for many is loneliness unto death.”

One nursing home in eastern France recently decided to test all its residents and staff—about 580 tests in all—to identify those who must remain isolated and allow the others to mingle, eat together, and participate in games and activities to ease the loneliness.

Meanwhile, Graves at the Swedish Medical Center said hospital workers are struggling without patients’ family members present: “We’re so used to having them around … It’s a time where we must go out of our way to find creative ways to connect them.” 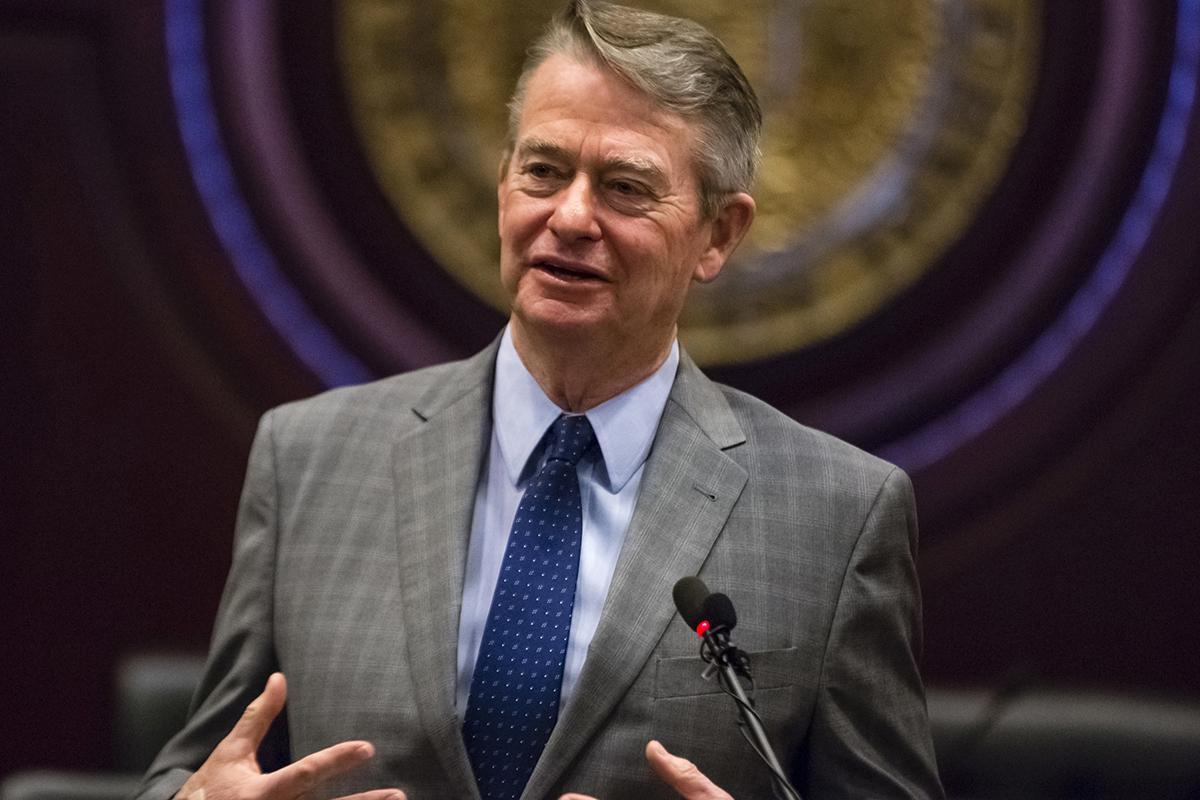 The American Civil Liberties Union sued the state April 15 over the Fairness in Women’s Sports Act, which Gov. Brad Little, a Republican, signed into law last month. The move makes Idaho the first state in the nation to block male athletes who identify as females from participating in women’s sports. At least a half-dozen other states have introduced similar measures in recent months.

Separately, Lambda Legal filed a lawsuit on Friday against Idaho’s newly enacted Vital Statistics Act, which says people must not change the biological sex listed their birth certificates. Supporters of the law expected a legal fight because a federal judge overturned an earlier, similar state law, citing the Equal Protection Clause of the 14th Amendment to the U.S. Constitution.

The Fairness in Women’s Sports Act includes a provision allowing anyone to file a claim questioning an athlete’s gender and requiring him or her to present a signed physician’s statement indicating his or her biological sex. The dispute adjudication process could involve genital screening or DNA testing.

Blaine Conzatti, advocacy director for the Family Policy Alliance of Idaho, praised the governor for signing the laws and called on Little’s administration to “take the just and courageous step to defend this law against those who would disenfranchise girls from their own sports.” —M.J. 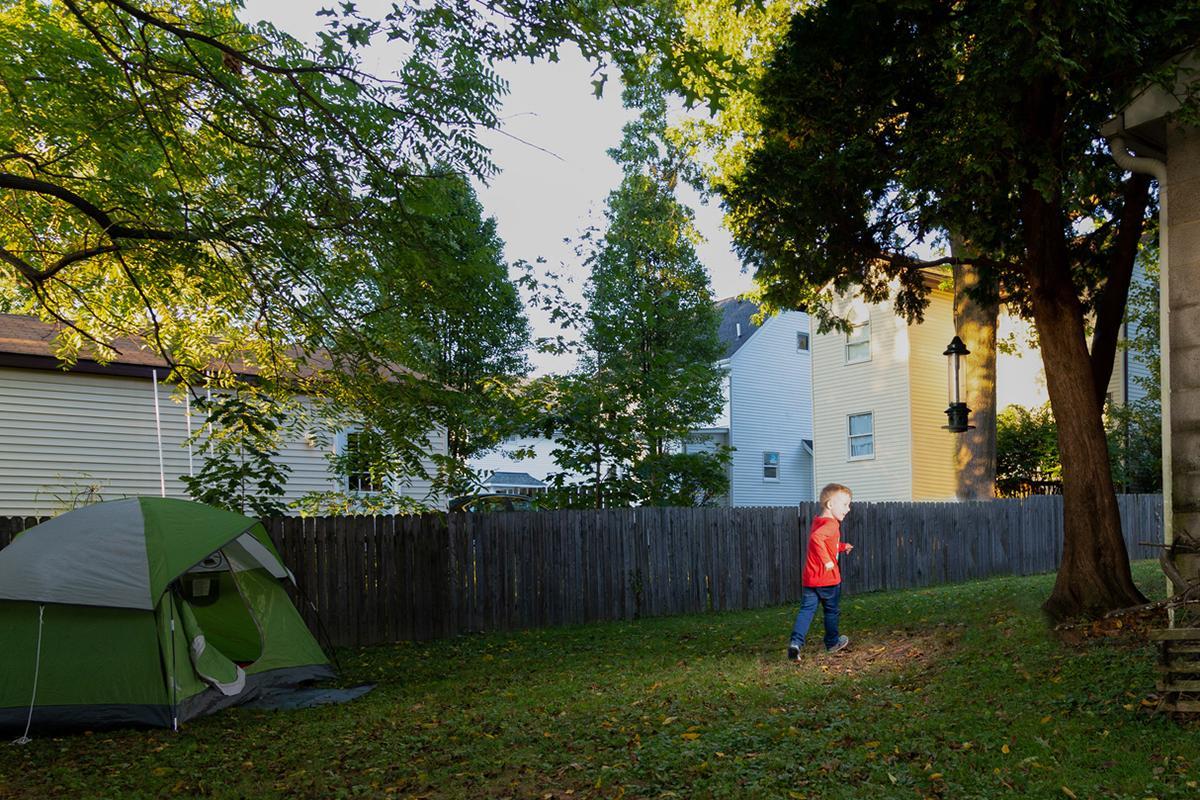 More than 5,000 families simultaneously set up tents in their backyards on April 17, roasting marshmallows over campfires and playing games under the stars.

Trail Life USA, a Christian adventure organization for boys, came up with the idea for a nationwide “backyard campout.” It created a website featuring activities, recipes, games, and a livestreamed event in which hundreds of families posted videos, shared camping tips, and recited the Pledge of Allegiance.

“The sense of community was incredible,” Trail Life CEO Mark Hancock said. “It gave families a feeling that we’re in this together.” He noted that the event was organized to coincide with spring break since this year kids especially “need a break from the monotony of being stuck indoors.” —M.J.