Women painted the names of victims in Zócalo Square in Mexico City on March 8. Some of the protesters on what was International Women’s Day became violent, smashing windows, vandalizing buildings, and throwing rocks at police. The following day, thousands of women, particularly in Mexico City, refused to go to school, work, or stores. The strike, dubbed Un Día Sin Mujeres or “A Day Without Women,” emptied streets, closed businesses, and left classrooms filled with only boys.

Two ghoulish deaths in February sparked the women’s protests last week. Ingrid Escamilla’s boyfriend allegedly killed, skinned, and disemboweled her. Two days later, a stranger abducted and killed a 7-year-old girl named Fatima. Police have arrested suspects in both of the killings, but activists said the murders of women too often go unprosecuted. Of the thousands of women and girls sexually assaulted and murdered in Mexico in the past year, government authorities classified more than 1,000 as “femicides,” or gender-based killings.

One striker, Lluvia Flores Gómez, said the protesters wanted to show “how valuable we women are, our contribution, and what would happen if one day we were not around. In all aspects: as homemakers, as workers, as consumers.” She stayed home, closing her bakery but paying her employees for the day.

Although the strike began as a fringe idea, it gained the support of actresses, writers, politicians, and even large companies: Walmart and others gave women the day off. Mexico City Mayor Claudia Sheinbaum Pardo allowed 150,000 female government employees to take the day off without pay.

Mexico’s femicide rate rose by 137 percent in the past five years, according to Human Rights Watch. The organization linked the growing violence to “long-existing social problems,” including the media’s romanticization of intimate partner violence and authorities’ tendencies to take domestic abuse less seriously than other violent crimes. In addition to femicide, thousands of women have gone missing in recent years.

“Every day we have more evidence that they are killing us specifically for being women,” María de la Luz Estrada, the executive coordinator of the National Citizen Observatory on Femicide, told The Guardian. “If this government wants a transformation of this county, they have to face the problem.” 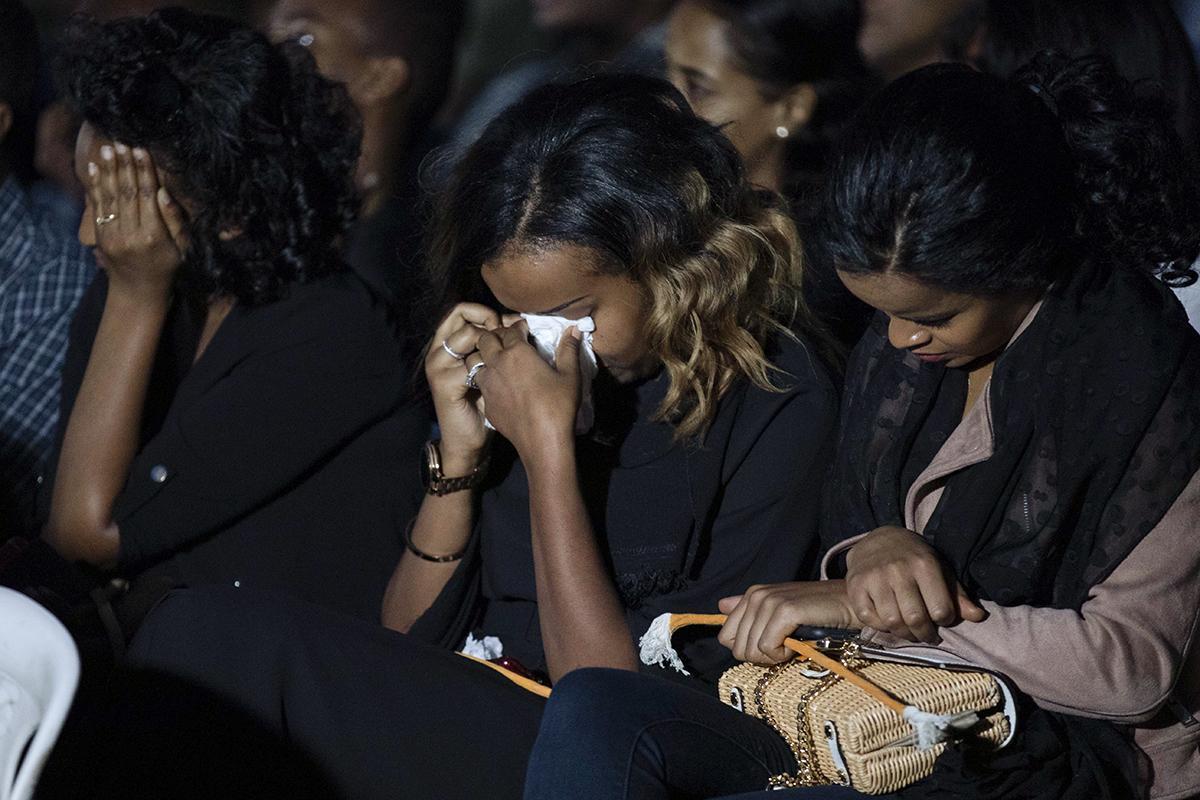 Hundreds of grieving family members gathered in rural Tulufera, Ethiopia, last week to mark the one year anniversary of the Ethiopian Airlines plane crash that killed 157 people on March 10, 2019.

“It is painful, but as painful as it is, the love for my wife, and my children, and my mom-in-law doesn’t leave,” Paul Njorogi told the Canadian Broadcasting Corp. “I want to commemorate their lives. I want to remember them and I want to see that place where their flesh was left.”

Joan Vincent, whose daughter was one of 18 Canadians who died in the crash, said although time has softened her pain, her daughter comes to mind daily: “We think constantly about the possibilities of what their life would have been.”

The same day, the Ethiopian Airlines Pilot Association held a memorial service in the city of Addis Ababa. Association member Bahru Zewde called the tragedy avoidable and the deaths “an unnecessary sacrifice.”

In an interim report released last week, Ethiopian investigators blamed Boeing design failures and inadequate pilot training for the crash. Pilots reported difficulty with the Boeing 737 Max immediately after Flight 302 took off from Addis Ababa on the day of the tragedy. They requested to return to the airport but could not regain control and crashed, killing everyone on board.

Tsegaye Workineh was one of the first people to reach the wreckage: “It was very chaotic, and we were in distress. It is a sight that I will never forget in my entire life. You’re lucky that you haven’t seen it. It was very shocking.” —J.A.S. 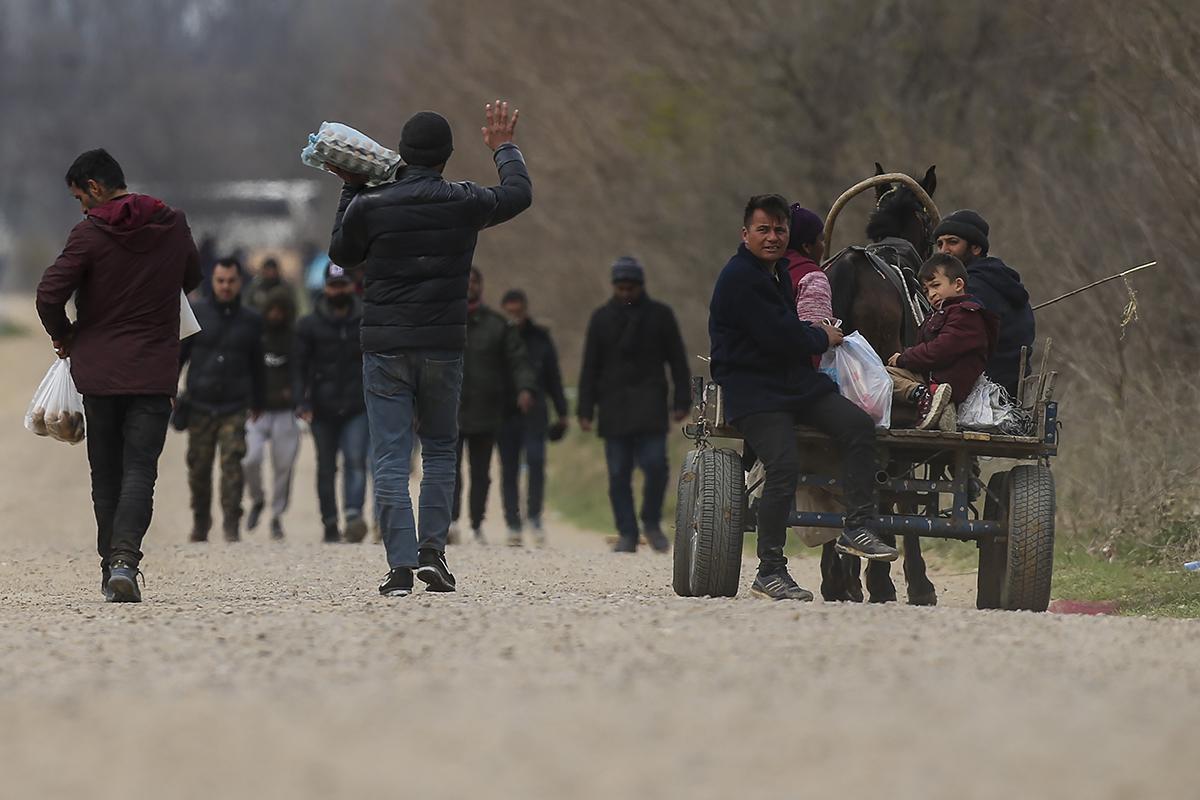 The European Union will offer economic migrants 2,000 euros—five times the usual amount—for the next month to return home voluntarily as the region battles a growing refugee crisis.

Authorities hope the offer will appeal to people who immigrated for better economic opportunities.

“Refugees will not return, of course, they can’t return, but economic migrants that maybe know they will not get a positive asylum decision could be interested in doing that,” said Ylva Johansson, the EU’s home affairs commissioner.

The European Commission hopes about 5,000 people will accept the offer, which could ease the strain on overcrowded migrant camps. Before the ongoing migrant crisis with Turkey began, the United Nations refugee agency reported more than 36,000 asylum-seekers lived at reception centers intended for 5,400 people on five Greek islands. Last week, the EU warned Greece it must uphold the right to asylum after reports that guards detained and beat asylum-seekers before sending them back to Turkey. —Onize Ohikere

The Ghanaian government last week blocked an upcoming gathering of LGBT activists. The July conference would have been the first of its kind in West Africa, and organizers planned to invite global leaders to discuss how to push for changes to laws. Conservative campaigners urged the government not to provide visas for participants, and an online petition received nearly 19,000 signatures in one week. Ghana has not prosecuted anyone for homosexuality in recent years, but the practice remains illegal. —O.O.