Steve and Bridget Tennes, owners of Country Mill Farms, returned to the East Lansing, Mich., Farmer’s Market Sunday after local officials tried to ban them over their Biblical view of marriage. A federal judge issued a preliminary injunction last week, allowing the family-owned business to sell its produce at the market while its lawsuit against the city moves forward.

The Tenneses’ return to the weekly market drew gay-rights advocates who lingered at the Country Mill booth to show support for the city policy, which was crafted specifically to oust the Catholic family from the public square. One demonstrator paced back and forth in front of the red-tented booth carrying a sign urging shoppers to “boycott Country Mill” for practicing “hate and bigotry.” But the protests did not dim what the Tenneses saw as a victory.

“We are thrilled that the court has ruled to allow our Country Mill family to continue to serve everyone at the East Lansing Farmer’s Market,” Steve Tennes told me. “This ruling acknowledges that every American should be free to live and speak according to our own sincerely held beliefs without fear of government punishment.”

District Judge Paul Maloney issued the preliminary injunction Friday—just two days after hearing arguments in the case—because the Tenneses and Country Mill have a “substantial likelihood of success on at least one of their claims brought under the First Amendment.”

“On the evidence before this court, the city amended its Vendor Guidelines and then used the changes to deny Country Mill’s vendor application,” Maloney wrote. “There exists a substantial likelihood that plaintiffs will be able to prevail on the merits of their claims for speech retaliation and for free exercise of religion.”

East Lansing officials began questioning the Tenneses about their views on marriage after Steve Tennes posted a statement on Facebook about his belief that marriage is a sacramental union between a man and a woman. Any wedding events hosted by Country Mill Farms, where the Tenneses live with their five children, could not conflict with that belief.

City officials took offense and began scouring city policy for any code violation that would allow them to excommunicate Country Mill from the market. Finding no such code, they made one up.

The Tenneses have sold apples, cider, and doughnuts at the East Lansing Farmer’s Market since 2010, returning each season at the city’s invitation. When they didn’t receive an invitation in March for this year’s June through October market, the Tenneses applied for a vendor permit. City officials turned them down, citing the new extension of the municipal nondiscrimination code to apply to market vendors, no matter where they lived. But Country Mill is in Charlotte, Mich., 22 miles outside East Lansing, and cannot be held accountable to East Lansing city code, according to an attorney with Alliance Defending Freedom who represents the family. 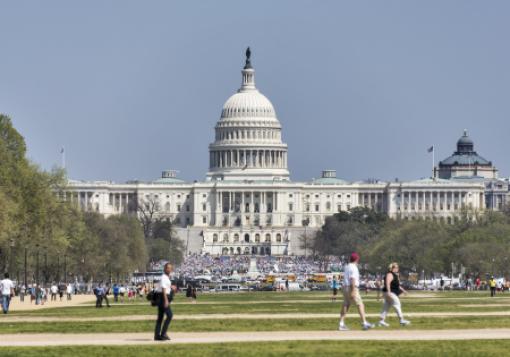 If you can keep it

Only 26 percent of Americans can name all three branches of the U.S. government, while 37 percent cannot name any of the rights enumerated under the First Amendment to the U.S. Constitution, according to the Annenberg Public Policy Center’s annual study.

It’s not like naming Snow White’s seven dwarves (at least one always gets left out). Ignorance of our First Amendment rights—religion, speech, the press, assembly, and petition—has grievous implications, as noted each week in Liberties. The ignorant demand the criminalization of things like “hate speech,” while the knowledgeable depend on people’s ignorance to enforce newly fabricated “rights”—like sexual autonomy and gender identity—at the expense of all other codified rights.

“Protecting the rights guaranteed by the Constitution presupposes that we know what they are,” said Kathleen Hall Jamieson, director of the Annenberg Public Policy Center (APPC) at the University of Pennsylvania. “The fact that many don’t is worrisome.”

The APPC conducts its annual Constitution Day Civics Survey to mark the Sept. 17, 1787, signing of the U.S. Constitution. This year’s survey, released Sept. 12, reveals a woeful lack of knowledge about our founding document. When asked to name any of the First Amendment freedoms, 37 percent of the 1,013 people surveyed could not name any of the five.

Only 15 percent of respondents mentioned freedom of religion. That freedom has been called the “First Freedom”—the freedom that gives the others their moral underpinning.

Some respondents added rights to the First Amendment: 5 percent listed the right to bear arms, actually spelled out in the Second Amendment, and 2 percent said “life, liberty, and the pursuit of happiness.”

Americans don’t know what they don’t know, enabling by circumstance or stealth the loss of what we never knew we had. Benjamin Franklin said as much. In an oft repeated story, someone asked the statesman when he exited the Constitutional Convention what sort of government the meeting had produced, and Franklin said, “A republic, if you can keep it.” —B.P. 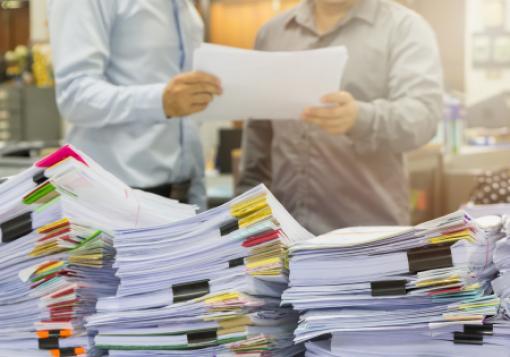 For the second time in as many years, Michigan State University (MSU) has lost an appeal to keep police records documenting alleged sexual assault charges against some of its football players secret. What began as a request by ESPN under the Freedom of Information Act (FOIA) became a matter for the courts to decide.

Government entities are increasingly taking the litigious route in order to avoid releasing documents, according to a recent Associated Press investigation. Some of the government bodies, many of them schools, claim the release of documents could violate student privacy laws or put administrators at odds with state and federal law. They argue filing suit allows them to get clarity on the issue from a judge.

But that tactic backfired—twice—for MSU. A judge ruled last month that the school must release the requested records.

“This practice essentially says to a records requester, ‘File a request at your peril,’” said University of Kansas journalism professor Jonathan Peters. “These lawsuits are an absurd practice and noxious to open government.” —B.P.

Middlebury College, the scene of a violent protest in March over conservative author Charles Murray’s presence on campus, has issued “interim procedures” for scheduling future speakers that read more like a DEFCON countdown than an invitation to robust debate.

In a campuswide memo issued Sept. 15, Provost Susan Baldridge never mentioned the uprising by Middlebury students that shut down Murray’s speech. Murray, a social scientist, had been invited to speak on campus, but students didn’t want to listen. Instead they shouted him down, and on his way out of the building, a hostile mob attacked him and his interviewer, Allison Stanger, a professor of politics and economics at the school who ended up with a concussion.

Baldridge did refer to the violence last month at the University of Virginia and “other recent threats to the safety of college and university campuses,” saying those events made Middlebury administrators rethink their safety protocol. But without acknowledging Middlebury’s role in the disturbing campus trend to shut down speech considered offensive, the school’s pledge to beef up security while supporting “robust and inclusive dialogue on our campuses” rings hollow.

At the end of a six-point list detailing the risk assessment, administrators warn they could cancel any scheduled event deemed an “imminent and credible threat to the community that cannot be mitigated by revisions to the event plan.”

What qualifies as an “imminent and credible threat?” The University of California, Berkeley, spent an estimated $600,000 on extra security measures last Thursday to ensure another non-violent speaker would not be silenced by those who threaten violence. —B.P.