A new study debunks the Darwinian justification for human speech

The gift of speech, one of the capabilities that defines humans, defies evolutionary explanations. Even now, a century and a half since Charles Darwin published On the Origin of Species, scientists are no closer to discovering how human language developed.

For the past 20 years, science textbooks have taught students that two small genetic mutations, unique to humans, are responsible for human language. Time magazine even reported in 2006 that these FOXP2 gene mutations may account for “the emergence of all aspects of human speech, from a baby’s first words to a Robin Williams monologue.”

But new genome research published this month in the journal Cell debunks that idea. “The situation is a lot more complicated than the very clean story that has been making it into textbooks all this time,” Elizabeth Atkinson, coauthor of the paper, told Nature.

In a 2002 study, researchers theorized the mutations in the FOX P2 gene appeared to offer such a great survival benefit that a “selective sweep” occurred, making the trait common in ancient human populations. Thrilled evolutionists accepted the theory as fact and scientific literature cited it hundreds of times since, despite the fact that researchers never replicated the study, and it included the genomes of only 20 individuals.

But the study published this month reexamined the genetic history of the FOXP2 mutations using a larger data set and a more diverse population. Researchers found that what looked like a selective sweep in the 2002 study was just a statistical error caused by the small sample size and lack of diverse genetic data. So, when it comes to human language acquisition, its back to the drawing board for Darwinists.

Human language poses a conundrum for evolutionists because, for the theory of natural selection to hold true, every genetic adaptation must in some way help the species stay alive long enough to reproduce. But the capacity to compose a symphony, understand advanced mathematics, or discuss abstract ideas would have offered no survival value for early man. “His needs were shelter and food,” biochemist Michael Denton said in a Discovery Institute documentary. Yet, we know early humans must have possessed language ability because it passed down to every single human being in every part of the world.

Evolution has no explanation for a beyond-adaptive capability like human language. But if one accepts the fact of a designer, the problem disappears. The designer is “free to choose whatever He wants,” Denton said. 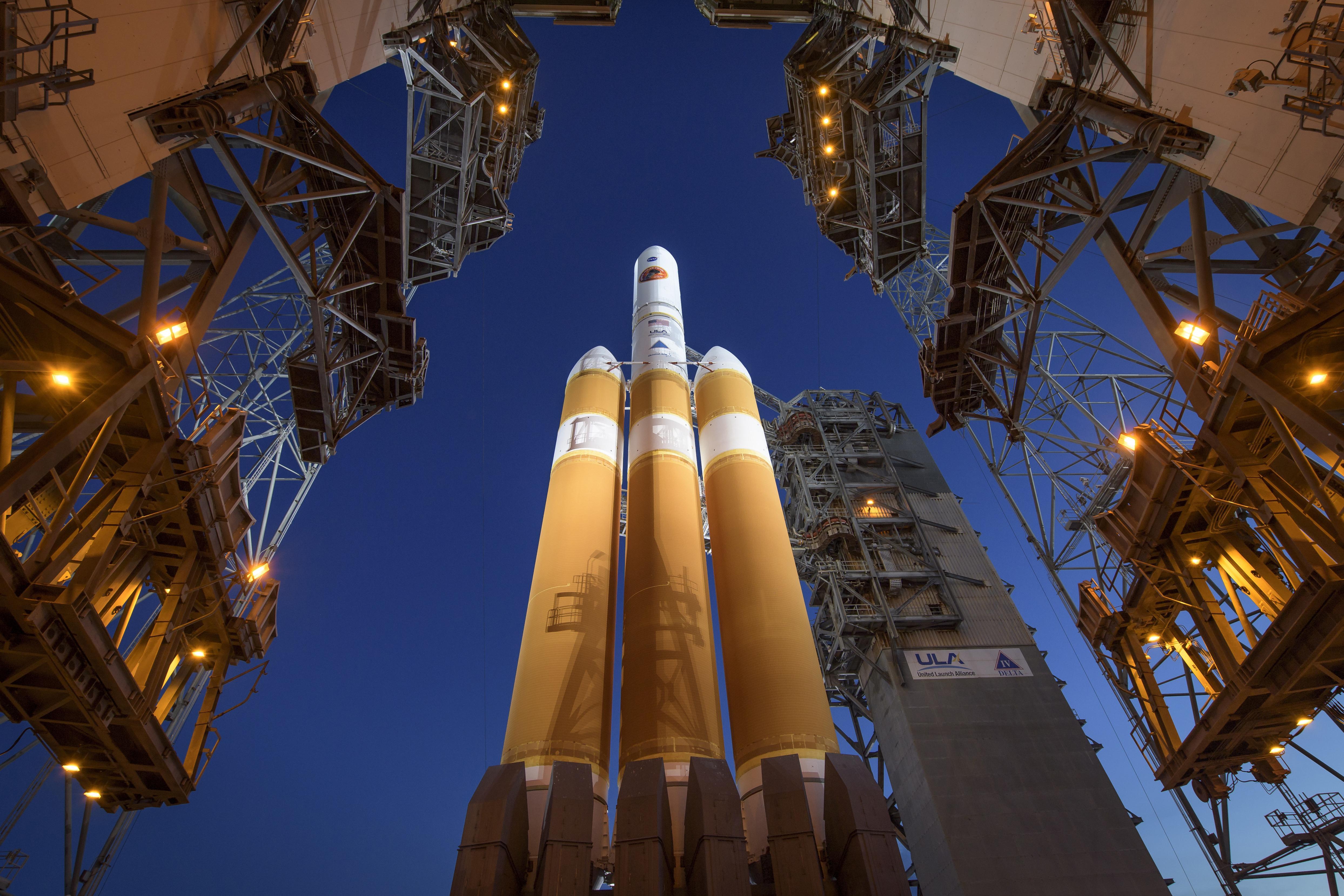 Journey to the sun

On Aug. 12, the heavy rocket Delta IV split the night sky as it launched from Cape Canaveral in Florida carrying NASA’s $1.5 billion Parker Solar Probe on its back. The probe will travel 93 million miles straight through the hot, undulating fingers of the sun’s corona, or outer atmosphere. On its seven-year mission it will get as close as 3.8 million miles from the sun’s surface, nearly 24 million miles closer than the current record set by NASA’s Helios 2 spacecraft in 1976.

An 8-foot carbon heat shield, outfitted with onboard sensors that will adjust the shield’s position as necessary, will protect the probe’s scientific instruments from meltdown.

The probe, which weighs less than a ton and is about the size of a small car, will make 24 successively closer approaches to the sun. By the time it gets to its last three orbits it will hit a record 430,000 mph, faster than anything from Earth has ever gone before.

Scientists hope to discover why the corona burns hundreds of times hotter than the 10,000 degree Fahrenheit surface of the sun and why the sun’s atmosphere continually expands and accelerates.

NASA has dreamed of a trip to our star since 1958. “We’ve had to wait so long for our technology to catch up with our dreams,” Nicola Fox, a Johns Hopkins University project scientist, said in a statement. —J.B. 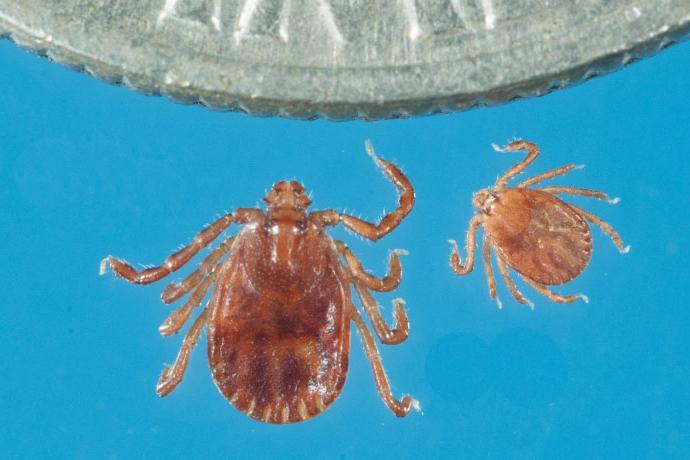 There’s a new tick in town

A new tick species, native to Asia, has invaded the United States and spread to seven states along the East Coast. U.S. health experts first discovered the longhorned tick last summer on a sheep in New Jersey, according to the New Jersey Department of Agriculture. Now, it has also popped up in New York, Virginia, West Virginia, Arkansas, North Carolina, and Pennsylvania, Live Science reported. It is also an invasive species in Australia, New Zealand, and on several Pacific islands.

A female longhorned tick does not need a male to reproduce, and a single female can lay around 2,000 eggs, enough to establish a tick population in a new location, according to the U.S. Department of Agriculture. The poppy seed–sized tick can grow to the size of a pea when fully engorged with blood. If too many ticks attach to one animal, they can suck enough blood to cause anemia and even death in livestock.

The ticks also feed on humans, pets, small mammals, and birds. In other countries these arachnids have transmitted both bacterial and viral diseases to humans and animals, but so far experts have not found longhorned ticks in the United States carrying any infectious pathogens.

As the spread of antibiotic-resistant bacteria continues to present a global threat, scientists are racing to find a way to treat these frightening pathogens. Good news: Researchers recently discovered that combining two drugs can restore the efficacy of both drugs against a superbug.

Researchers are particularly concerned about certain types of bacteria that have become resistant to Colistin, considered the antibiotic of last resort. But the new research found that using Colistin in combination with certain other drugs, even drugs that by themselves do not affect Colistin-resistant bacteria, can cause both drugs to become lethal to the microbe. “It was remarkable to see two drugs, each of which is inactive on its own against these bacteria, inhibiting them in combination,” Thea Brennan-Krohn, one of the researchers, said in a statement.

Combination therapy may allow doctors to use lower doses of drugs to avoid side effects and slow the development of further antibiotic resistance. —J.B.

An ancient Egyptian tomb housed a 3,300-year-old blob of cheese, the oldest ever discovered, according to a study recently published in the journal Analytical Chemistry.

In 1885, archaeologists unearthed the tomb of Ptahmes, the Egyptian mayor of Memphis during the 13th century B.C. The site later became buried under drifting sands, but scientists rediscovered it in 2010. A few years later, experts uncovered broken jars at the site, one containing a solidified white mass with a canvas fabric that the ancient people likely used to preserve the contents.

Chemical analysis showed the cheesy substance contained cow and sheep or goats milk. The well-aged delicacy did not tempt anyone to nibble, however—the study also showed it was contaminated with Brucella melitensis, a bacterium that causes brucellosis, a potentially deadly infection that spreads from animals to people, most often via unpasteurized dairy products. —J.B.

It seems that every time the some new scientific discovery flys in to help the evolution theory, a more complete scientific study gets done totally discounting it.  The scientific evidence against evolution continues to mount.  When will they accept the truth that evolutionary bird has been dead for so long it is only a pile of bones.  No matter what they do, it cannot be resuscitated?