A view of Washington from the Supreme Court Associated Press/Photo by J. Scott Applewhite

The U.S. Supreme Court on Monday ruled in favor of an inmate on death row in Texas, sending his case back to the lower courts for reconsideration.

In 2012, Terence Andrus was sentenced to death for killing two people during a failed carjacking attempt while he was on drugs—a crime to which he confessed. Justices voted 6-3 to have the Texas Court of Criminal Appeals reconsider whether Andrus deserved a resentencing, noting that his lawyer did not present evidence that may have changed the outcome.

Most states require juries to consider things like childhood trauma and abuse as mitigating factors that might preclude someone from deserving a death sentence. Andrus’ mother had him when she was 17, and extreme neglect marred his childhood. Some of the men with which his mother had relationships were abusive, and all had a history of drug use and crime. His mother used drugs in front of her children, sold drugs, and engaged in prostitution, according to court records. Andrus said he often went hungry.

He received a diagnosis of affective psychosis around age 10 or 11 and functionally became the head of the household at 12. He made meals for his siblings, got them ready for school, and cared for one of his older brothers who had special needs.

At age 16, Andrus landed in juvenile detention for serving as a lookout during a purse snatching. While there, the Texas Youth Commission prescribed him high doses of psychotropic drugs, and he was often in solitary confinement for “purported infractions like reporting that he had heard voices telling him to do bad things,” the Supreme Court opinion read. While in custody, Andrus was suicidal and harmed himself, according to the commission’s records. The carjacking killings occurred shortly after he left prison at age 18.

Despite calling his parents to testify, Andrus’ first lawyer did not bring up any of the details of his upbringing beyond basic biographical details, according to Monday’s ruling. His mother testified that he had good relationships with the family and no access to drugs in the house. His father, who had not seen Andrus in six years before the trial, discussed his own criminal history but suggested it didn’t happen during the one year he lived in the same house as his son. According to court records, the trial transcript only had four pages that focused on Andrus’ childhood.

Courts in Texas denied Andrus’ direct appeal. He applied for habeas relief, arguing his lawyer failed him. Years after the initial sentencing, a court heard eight days of evidence that painted a far bleaker picture.

“During Andrus’ capital trial, however, nearly none of this mitigating evidence reached the jury,” the Supreme Court opinion read. “That is because Andrus’ defense counsel not only neglected to present it; he failed even to look for it.”

Justices Samuel Alito, Neil Gorsuch, and Clarence Thomas dissented, pointing out that the Texas Court of Criminal Appeals said it did take the absent evidence into account during the appeals process.

The trial court in Texas recommended granting Andrus a new sentencing hearing, but the Texas appeals court refused. It did not explain why it found Andrus did not prove his legal counsel was insufficient. It will now have to go back for a second look. 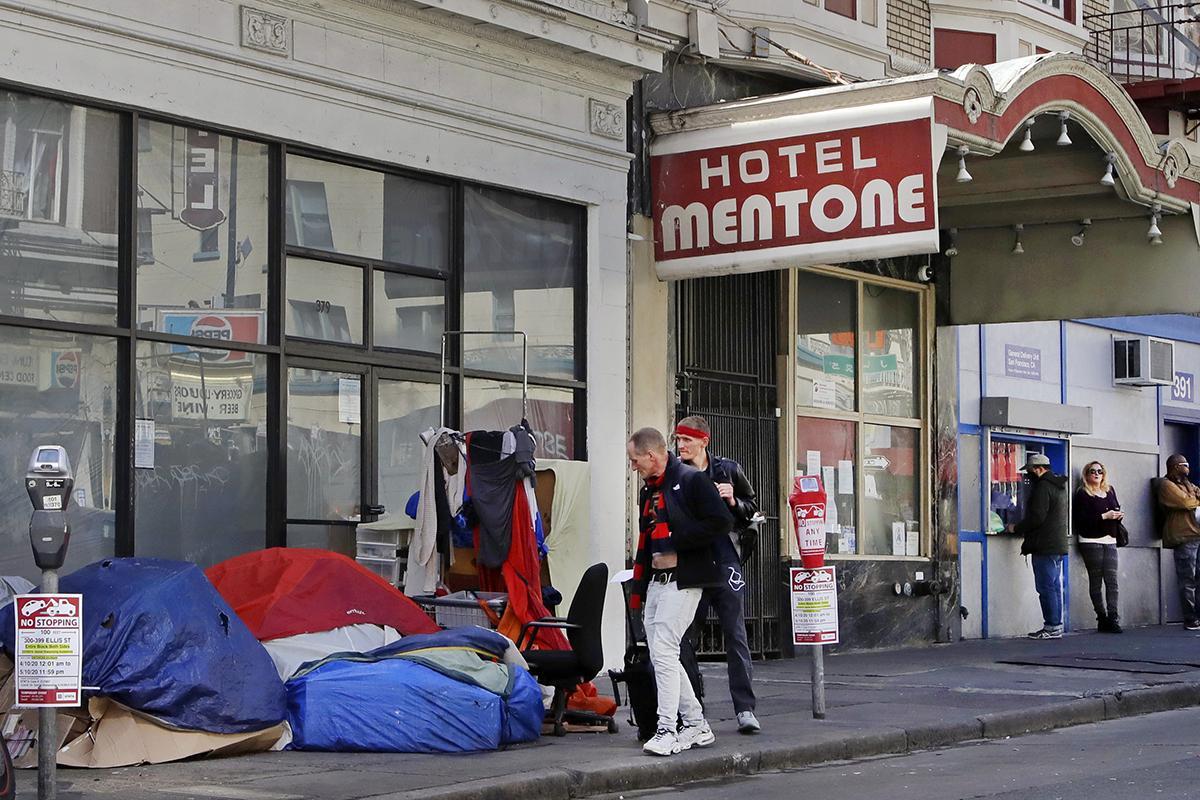 The city and county of San Francisco settled with plaintiffs on Friday over the increase in people living on the streets in the historic downtown Tenderloin neighborhood during the coronavirus pandemic.

Many homeless shelters had to reduce their occupancy by up to 75 percent to maintain social distancing. Several Tenderloin residents, the district merchants and property owners association, and the University of California Hastings College of the Law sued on May 4, pushing the city to provide housing for the area’s homeless population.

The settlement gives city and county officials until July 20 to move up to 200 tents and encampments (or about 70 percent of the current number) off the streets and place residents in hotel rooms, villages outside the Tenderloin, or other locations like parking lots. It also requires the city to come up with a plan to keep the streets clear and to offer free COVID-19 testing to residents of the neighborhood. —R.L.A. 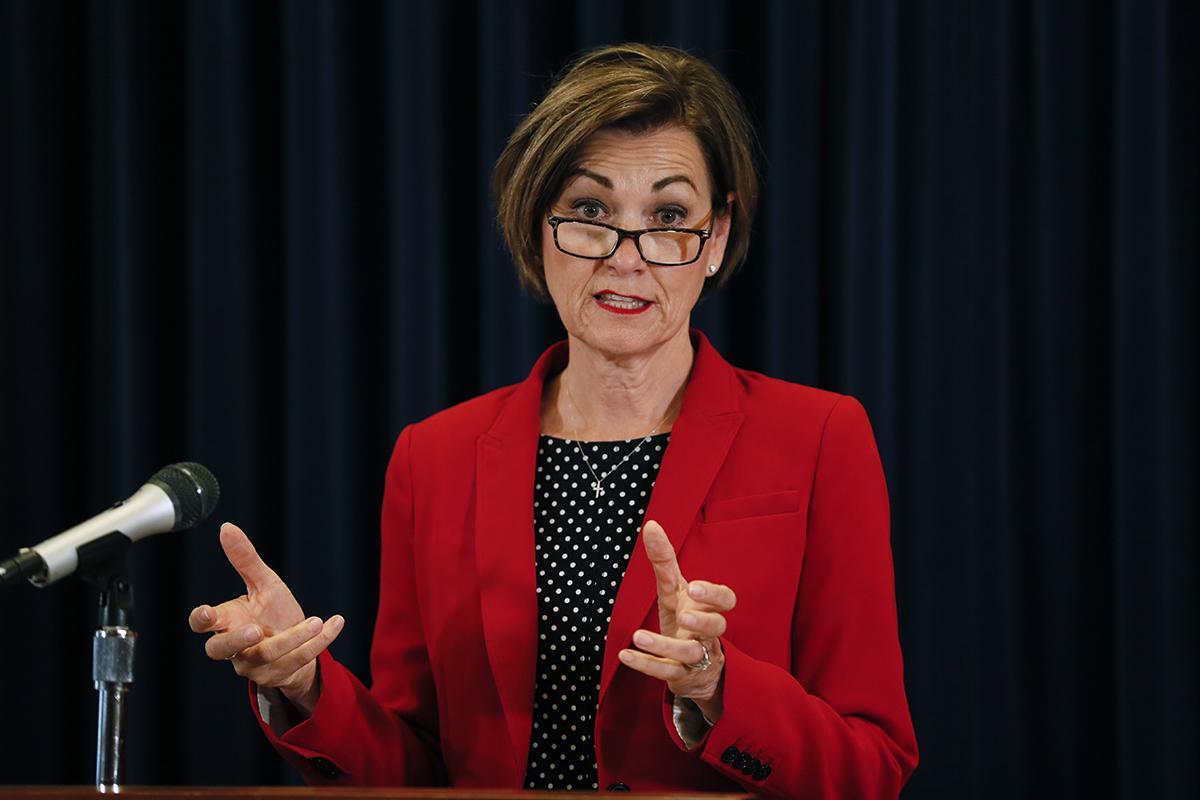 Iowa Gov. Kim Reynolds said on Tuesday she would sign an executive order to restore voting rights to ex-felons before November’s general election. Her state is the last in the country to exclude people who have completed their sentences on felony convictions from voting for life, according to The New York Times.

Reynolds, a Republican, did not say exactly how she would accomplish the change. Florida recently made a similar move that became mired in litigation over the meaning of a completed sentence. Voters there approved a ballot initiative to give ex-felons voting rights in 2018. The state subsequently adopted a law requiring them to pay all court fines and fees before they could register to vote, but a federal judge overturned the measure, saying it amounted to an unconstitutional poll tax.

Reynolds told Radio Iowa on Tuesday that her legal team was working out the details. —Lynde Langdon