Colleges across the country are embracing competitive video gaming as a sport. Top high school gamers can now apply for “e-sports” scholarships, and universities are spending millions on state-of-the-art gaming facilities. But the acceptance of e-sports at the college level could have negative repercussions on students’ mental health.

Ohio State University and University of California, Irvine, have joined e-sports trailblazers like Robert Morris University Illinois in giving generous gaming scholarships and building hi-tech gaming centers. Florida’s Full Sail University opened a $6 million, 11,200-square-foot e-sports arena in May. The facility has room for 500 spectators, making it the largest venue of its kind on a college campus.

Yet some are concerned about institutionalizing the problems gaming can cause for young people. ESPN Esports writer Tyler Erzberger described a public panic attack he witnessed at a major tournament last year. “In the world of competitive video games, mental health issues loom so large and come up so often that the problem somehow becomes invisible,” he wrote.

Addiction is also a real concern. The World Health Organization defines video game addiction as “a mental health disorder in which the individuals compulsively waste away hundreds of hours in a week on the console or computer playing video games.” But diagnosis in e-sports is murky since the athletes might “train” for hundreds of hours a week to ready themselves for competition.

Violent and dark imagery saturates many popular games, and mounting evidence links exposure to video game violence with increased rates of aggressive behavior in real life. It’s difficult to imagine a discussion about the shootings at schools such as Columbine, Sandy Hook, or Marjorie Stoneman Douglas without accounting for the effect of violent video games on the perpetrators’ mental health.

Still, a handful of Christian schools are stepping into the e-sports fray. Central Christian College in Kansas announced last year it would launch its e-sports program this upcoming school year. The college plans to field teams for two popular online games: League of Legends and Overwatch.

Describing the college’s new venture, Athletics Director Johnny Garvilla characterized e-sports as a mission field. “For a Christian institution like Central Christian College of Kansas, it provides a vast arena where the gospel can be shared and lives impacted for Christ,” he said.

But in a 2016 review of League of Legends for Truth Matters Ministries, gamer Tyler Jung said the culture of the game breeds aggression. Players constantly trash talk one another with insults and name-calling.

“I have played this game for three years, and for me, this game made me spiritually broken,” wrote Jung, who was 16 at the time. He recounted how he became filled with malice toward other players, rebellious toward his parents, and a “hater of God” through his online gaming. Jung concluded that “my addiction broke after encountering God’s grace during 10th grade.”

The NCAA has yielded any governing responsibilities over e-sports to the National Association of Collegiate Esports since many of the policies designed for traditional sports don’t translate to the world of online gaming.

“The market is so complex that the NCAA probably doesn’t know where to start,” Drew Crowder, a professional gamer and e-sports event manager, told OZY. “The less involvement, the better.”

Without NCAA rules, e-sports athletes get to keep any tournament winnings they earn while in school. Combine that with the estimated $15 million per year now available in scholarships, and it’s not surprising that top high school gamers have their pick of colleges anxious to establish their programs.

But the warnings of Erzberger of ESPN Esports should raise cautionary flags. He noted that the reality of e-sports is that “it’s frightening, and it’s lonely, and it can make a mess of anyone.” 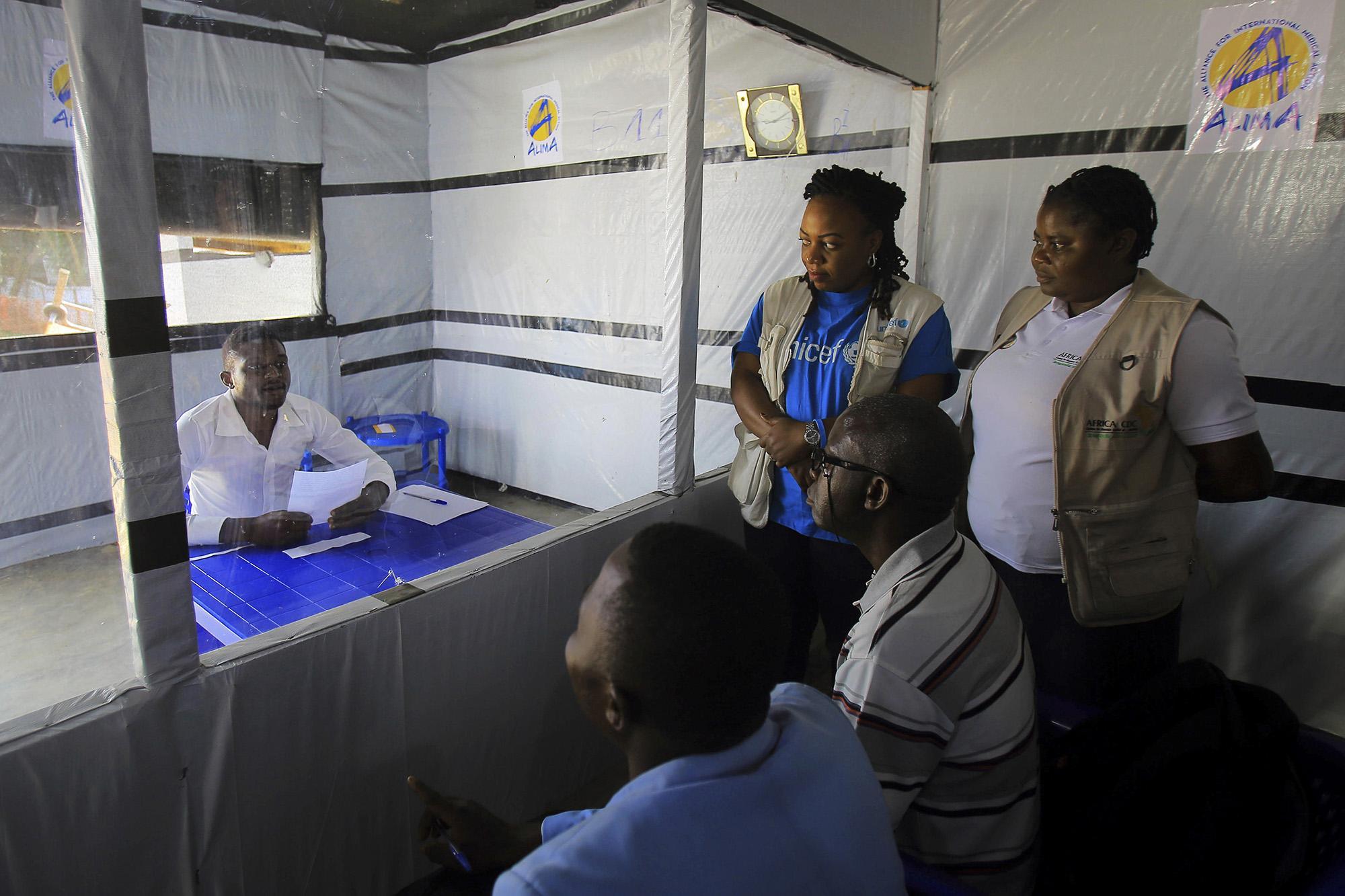 A young man in the Democratic Republic of Congo who had contracted the Ebola virus recently took his college entrance exams while in medical isolation. Claude Mabowa Sasi had already lost his mother, a brother, and a sister to the deadly disease but was determined to fulfill his mother’s greatest hope that he attend college.

Mabowa could not travel to the testing center to take his secondary school baccalaureate exam, which is only given once a year, so his medical staff came up with a creative plan to bring the test to him. On July 20, a test proctor passed the materials through a special window in Mabowa’s isolation unit. When he finished, he held the pages up to the window, and the proctor photographed and emailed the images to officials for scoring. Afterward, the medical staff incinerated the test papers and pencils to protect others from the highly contagious disease.

The staff even brought Mabowa a school uniform—a white dress shirt and navy trousers—to help him feel his best for the important exam.

“I have not lost everything, and I am confident that I will succeed and honor my mother’s memory,” he said. “If she were still here, I think she’d be proud of me.”

Mabowa awaits the results of his exams while he recovers. He hopes to study political science at the University of Kisangani. —L.E. 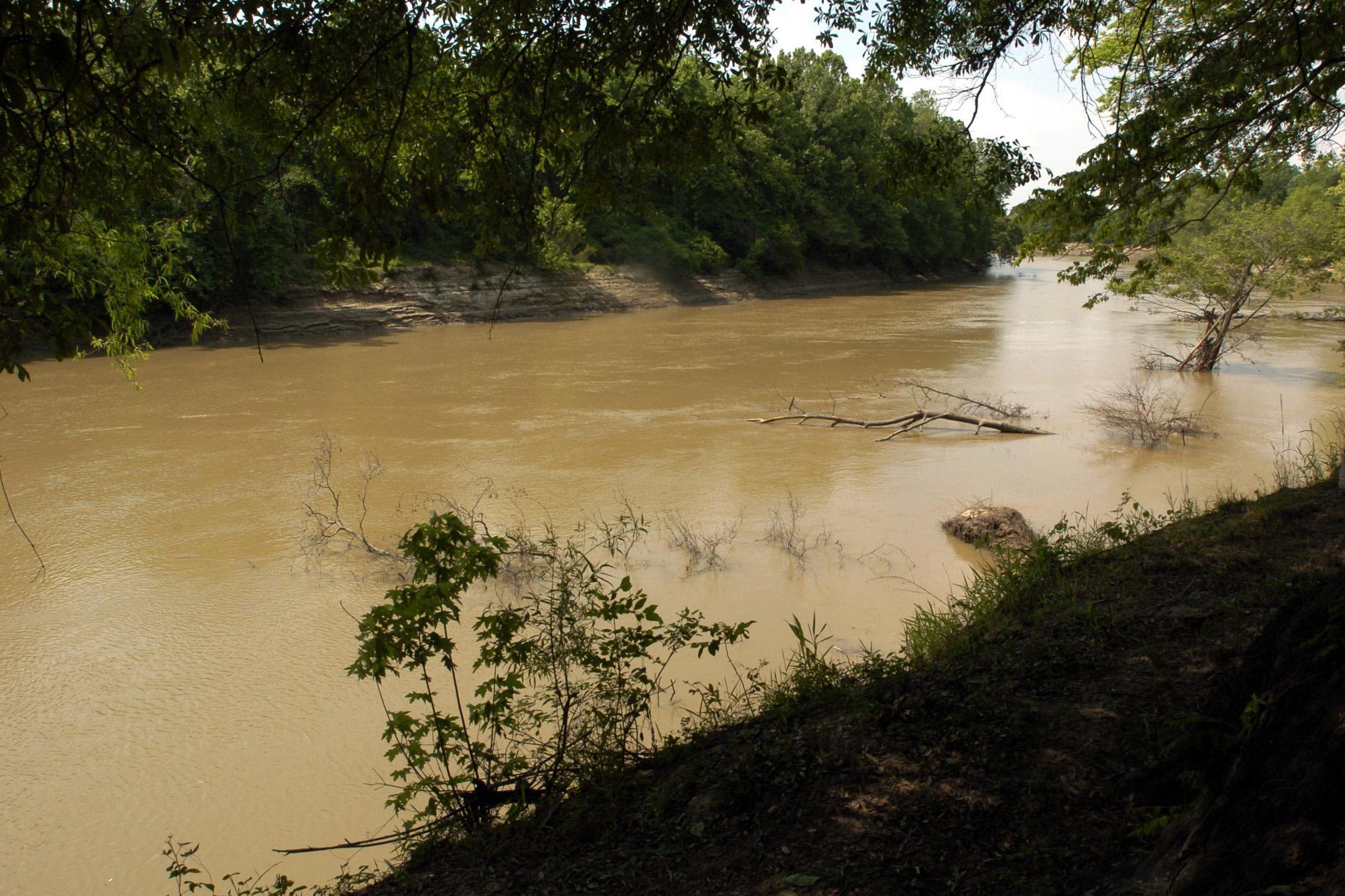 A University of Mississippi fraternity suspended three students after a photo surfaced of the trio posing with guns next to a memorial in Mississippi for 14-year-old lynching victim Emmett Till. They may also face a federal investigation.

The photo, initially posted to a private Instagram account, was reported to Ole Miss officials in March and surfaced recently in an article by the Mississippi Center for Investigative Reporting and ProPublica. It shows the three white men posing with weapons next to a bullet-riddled sign identifying the spot where Till’s body was pulled from the Tallahatchie River. The 1955 lynching was a flashpoint in the civil rights movement. It is unclear if the students made the bullet holes in the sign—the marker has been vandalized before and replaced twice.

The fraternity to which the students belonged distanced itself from the photo. “The making of the photo was unrelated to any event or activity of the chapter,” said Jesse Lyons, national assistant executive director of Kappa Alpha Order. “It is inappropriate, insensitive, and unacceptable.”

This is the second time in recent years that Ole Miss has landed in the spotlight for racist acts. In 2014, three students hung a noose around the neck of a statue on campus of James Meredith, the first African American student to enroll at the school. A federal judge sentenced one of the students to six months in prison and another to 12 months of probation. —L.E.

Starting this fall, public schools in South Dakota will sport prominent signs bearing the nation’s motto, “In God We Trust.” A law signed this spring by Gov. Kristi Noem, a Republican, requires South Dakota schools to display the text prominently in a plaque, artwork, or other appropriate form as determined by the building principal.

“Some have plaques. Others have it painted on the wall, maybe in a mural setting,” said Wade Pogany, executive director of the Associated School Boards of South Dakota.

The Freedom From Religion Foundation protested the rule, calling it a “terrible violation of freedom” to “inflict a godly message” onto schoolchildren.

Pogany said the school board association had no issues with the law as long as there were legal protections for schools.

“One of our concerns was that this would be contested,” Pogany said. “So we had asked the legislature to put a ‘hold harmless’ clause into the bill. The state would then defend the schools and pay the cost of the defense.”

Kentucky passed a similar bill this year, and the two join a growing number of states that allow or mandate the motto’s display in public schools. —L.E.