Migrants from Morocco have their temperature checked on the Canary Islands on Oct. 20. Associated Press/Photo by Javier Bauluz

An overcrowded boat with more than 200 migrants departed on Oct. 24 from the coastal town of Mbour in western Senegal for the Canary Islands, an autonomous Spanish archipelago near West Africa. Hours later, the boat caught fire and capsized off Senegal’s northwestern coast. At least 140 people died in what is now the deadliest shipwreck of the year.

Migrants departing from western Africa and seeking entry into Europe through the Canary Islands have increased in recent weeks to levels not seen in more than a decade. The United Nations migration agency reported some 11,000 people have arrived at the Canary Islands this year, compared to 2,557 by the same time last year. In September alone, 14 boats with some 663 migrants made the journey, and a quarter of them “experienced an incident or shipwreck,” the International Organization for Migration (IOM) said. The Senegalese government said its naval officers rescued more than 388 people over two weeks in October.

The route is long and deadly: Travelers from Senegal sail about 1,000 miles across the Atlantic. At least 414 people have died on the way, up from 210 in all of 2019. Most of the migrants come from West African countries such as Senegal and Gambia, Sahel nations like Mali, and South Sudan.

Heightened border security across Mediterranean routes reduced arrivals on the Spanish mainland and Balearic Islands and pushed migrants to the Canary Islands instead. In September 2019, Morocco began moving migrants off its northern shore to prevent them from departing to southern Spain under a deal with the European Union. “This is definitely having an impact on how the route is shifting,” said Bram Frouws, head of the Mixed Migration Center in Geneva. Persistent unrest in the Sahel and the economic strain of the pandemic also affected migrant routes, he said.

The sea traffic is at its highest since 2006, when more than 32,000 people arrived in the Canary Islands. Walter Kemp with the International Peace Institute explained the archipelago offered the route of least resistance at the time after Spain and Morocco tightened security around the Spanish enclaves of Ceuta and Melilla in Morocco, which provided the shortest way to Europe. Migrants adapted their routes again in 2018, arriving in Italy via Tunisia after EU agreements increased patrols along the Libyan border.

Hana Jalloul, the Spanish secretary of state for migration, told The Guardian the influx has burdened the Canaries’ infrastructure and spurred more partnerships between the government and nonprofits as they scramble to provide services to the new arrivals. “To give you an idea, we’ve had the same number of arrivals over the course of a single week that we had over the whole of last year,” Jalloul said.

Officials on the Canary Islands have asked Spain for assistance, including access to two military facilities to process the migrants. Bakary Doumbia, the IOM chief of mission in Senegal, called for stronger partnerships between the governments and the international community to break up smuggling networks. 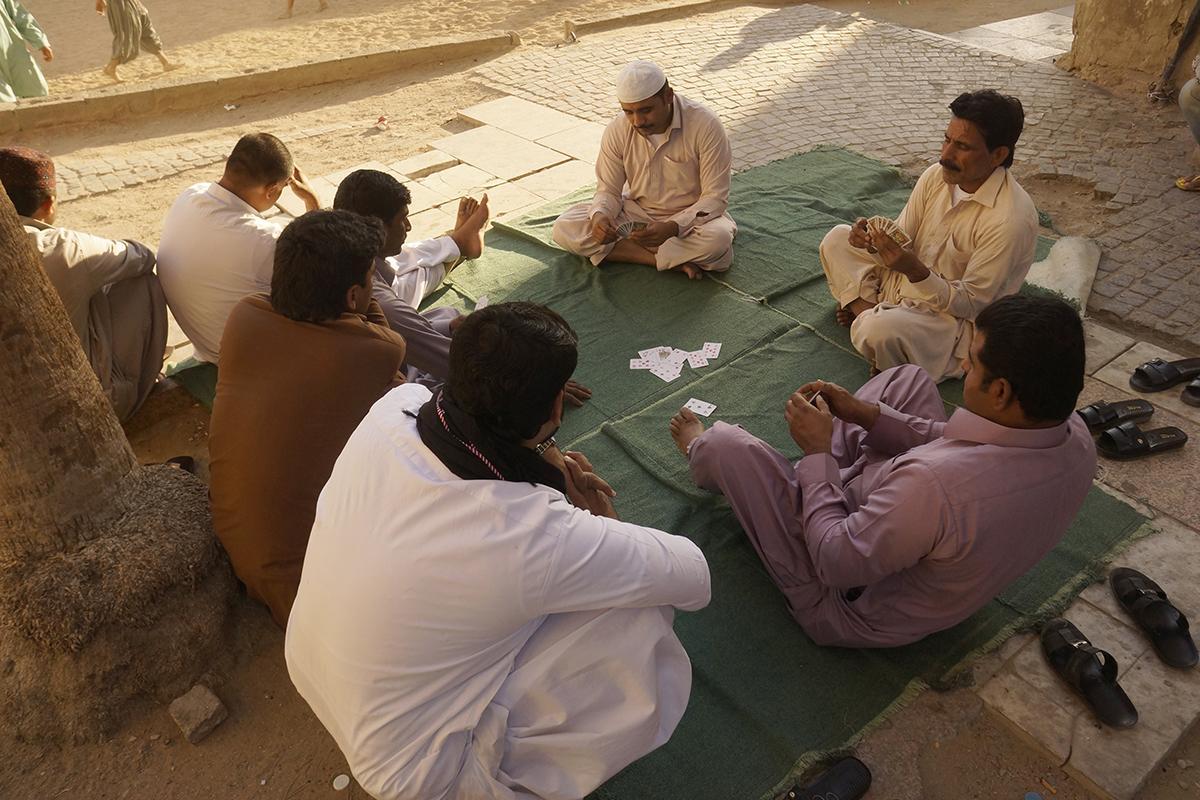 Some relief for migrant workers

Saudi Arabia on Wednesday eased restrictions for some 10 million migrant workers in the country, reforming a heavily criticized sponsorship system. The Ministry of Human Resource and Social Development said the reforms, slated to begin in March, will allow foreign workers to transfer their sponsorships to new employers and to leave, return, and obtain final exit visas without their employer’s consent.

Several Gulf states long employed the “kafala” system, tying migrant workers’ legal status to their employers. Rights groups complained the system allows abuse and exploitation. Employers could seize their workers’ passports and confine them to their homes. The workers risk becoming undocumented if they flee.

Human Rights Watch researcher Rothna Begum welcomed the reform, but noted it might not cover all workers, and it’s unclear whether employers can still cancel a worker’s visa before the person can apply for a transfer of employment. “Partial reforms like removing the need for employer consent to change employers and leave the country are significant, but workers can become trapped in other ways when such elements remain,” Begum said. —O.O. 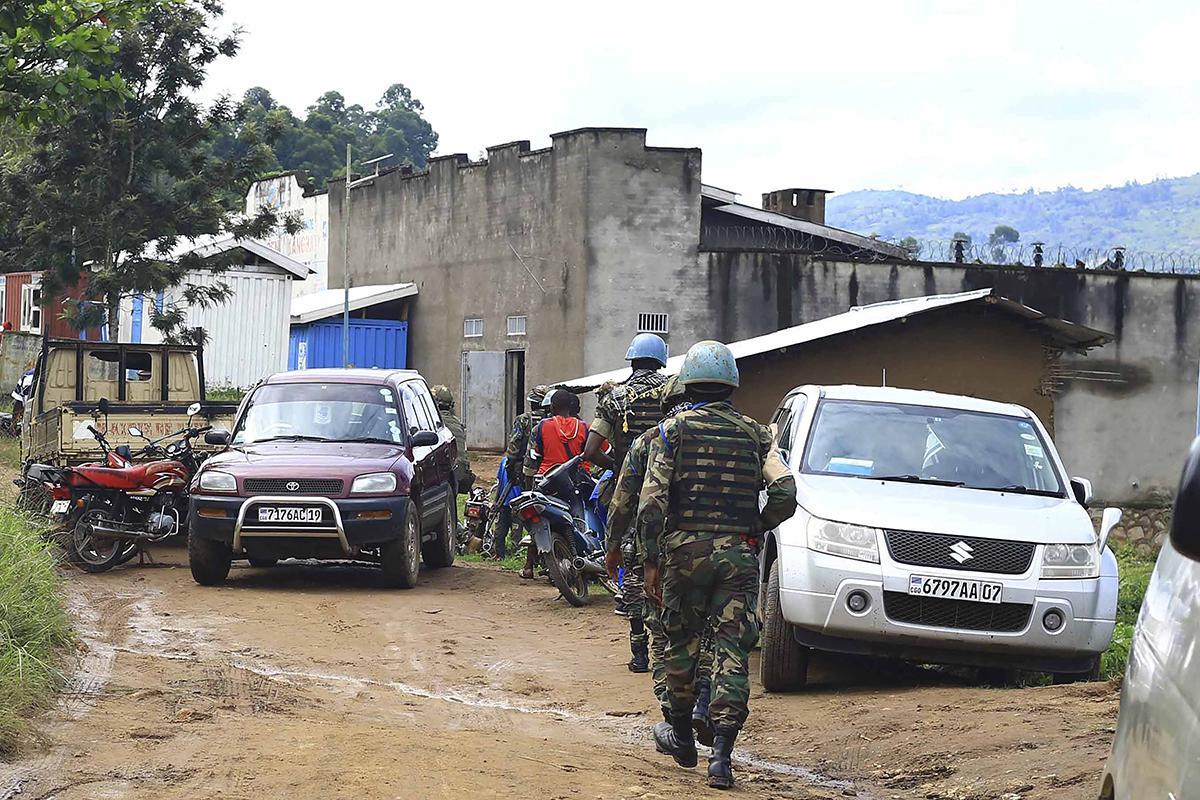 Suspected insurgents with the Allied Democratic Forces (ADF) last weekend killed at least 21 people, mostly women, in the village of Lisasa in the eastern Democratic Republic of Congo.

The insurgents vandalized a health center and burned down homes and a Catholic Church in the Oct. 31 attack. In a separate attack on Wednesday, suspected ADF militants killed at least 18 people in the eastern village of Baeti and burned a church.

ADF is a Ugandan armed group based in eastern Congo. The insurgents intensified attacks on civilians last year when security officials launched a counterinsurgency program to clear out the group. Police blamed ADF for an Oct. 21 incursion at a prison in the city of Beni that allowed more than 1,300 inmates, including militiamen, to escape. Islamic State claimed responsibility for the attack. —O.O.

China’s curriculum for middle and high schoolers will now include government-approved content on the country’s “fighting spirit” in handling the pandemic.

The additions to biology, literature, history, and physical education curricula will “help students understand the basic fact that the Party and the state always put the life and safety of its people first,” the Ministry of Education said. “They will learn to foster public awareness and dedication, to enrich knowledge about the advantages of the socialist system with Chinese characteristics.”

China has repeatedly rebutted international criticism of its sparse details on the origin of the virus and its early efforts to silence health workers who spoke out about the pandemic. —O.O.