With New York City engulfed by the coronavirus, Mayor Bill de Blasio on Friday pleaded with congregations not to gather for worship—and threatened severe repercussions if they did.

“If you go to your synagogue, if you go to your church and attempt to hold services after having been told so often not to, our enforcement agents will have no choice but to shut down those services,” he warned. “If that does not happen, they will take additional action up to the point of fines and potentially closing the building permanently.”

Across the country, some churches have begun to push back against social distancing and stay-at-home orders, saying they can observe the same precautions as essential businesses like grocery stores and pharmacies, which are allowed to stay open. And unlike many commercial businesses, churches can point to the First Amendment to the U.S. Constitution for protection from government interference. Some religious liberty law firms are taking a stand for those who think stay-at-home mandates go too far, especially orders that single out churches.

“The order allows a wide range of commercial operations that are either specifically exempt or exempt if they can comply with a 6-foot separation,” Liberty Counsel chairman Mat Staver said. “Yet, if the purpose of your meeting is religious, the county prohibits it with no exception for the 6-foot separation.”

Howard-Browne plans to fight the charges on religious liberty grounds.

Last week in McKinney, Texas, city officials quickly amended their stay-at-home order after a warning letter from another religious liberty law firm, First Liberty. The McKinney rule, enacted Wednesday, prohibited religious services except by video or teleconference and blocked more than 10 people from gathering to make those happen. A flyer distributed by the city implied that even two people gathered for worship could violate the order.

First Liberty counsel Mike Berry wrote to Mayor George Fuller pointing out the order violated federal and state law by singling out religious services for special restrictions not applicable to other organizations. The order penalized small churches and shut down innovative solutions like drive-in services, Berry wrote. Within hours, McKinney city officials amended the policy to allow religious services not only by video or teleconference but also by other means that comply with the Centers for Disease Control and Prevention guidelines for social distancing.

“Let’s not forget—our Constitution was written during a time of crisis, when there was a lot of fear and uncertainty, so if anyone understood the need to balance public welfare and safety with constitutional rights and freedoms, it was the framers,” Berry said.

The fact that religious groups might still have the right to gather during a pandemic does not necessarily mean they should, some Christian leaders have said.

“Christians, given the commandments of love of God and love of neighbor, have ample justification right now to follow the orders, demands, and requests of lawful government not to assemble, along with other assemblies not assembling, until it is safe for us to assemble once again,” said Albert Mohler, president of The Southern Baptist Seminary and a WORLD News Group board member.

Still, threats like the one de Blasio made go too far, Mohler said: “It’s one thing in a generally applicable principle, to say, ‘You can’t meet because no assembly can meet for some defined time under a necessary and legitimate threat.’ It’s quite a different thing to say, ‘If you violate this order, we will confiscate your building and shut down your services permanently.’” 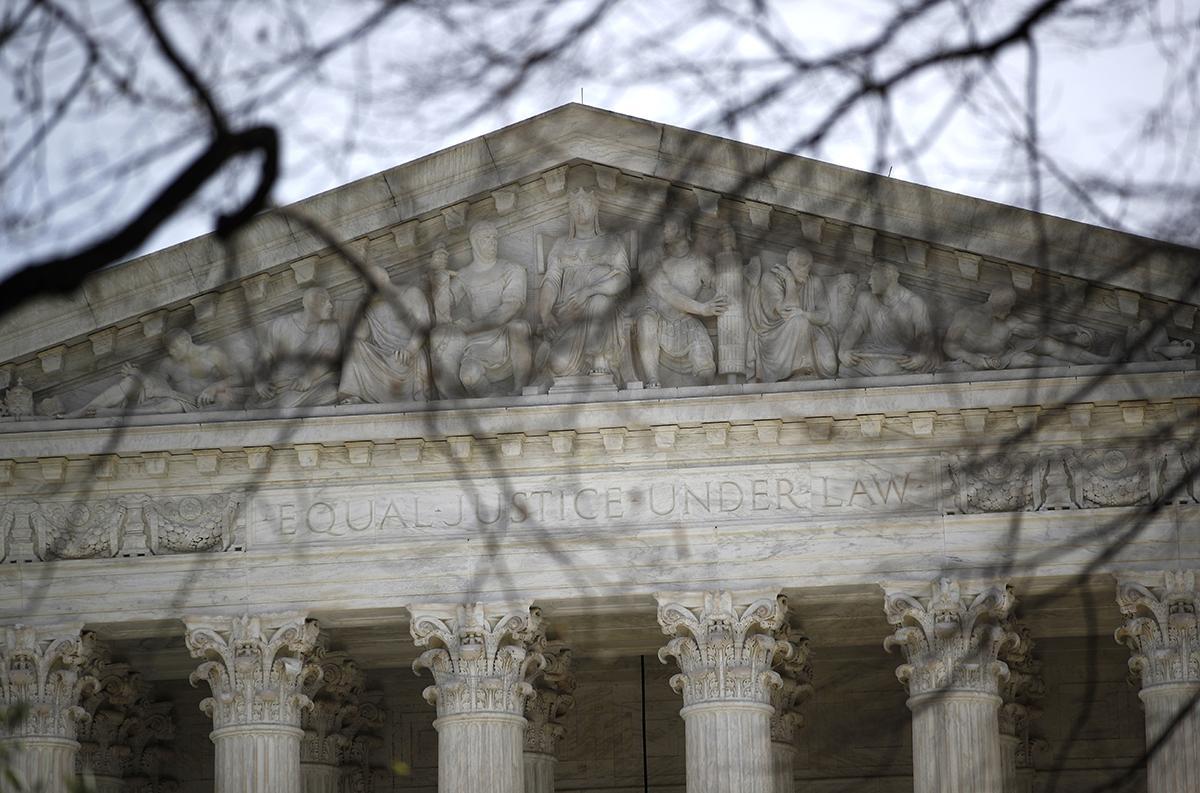 The coronavirus outbreak is the first public health crisis to disrupt the U.S. Supreme Court since the 1918 Spanish flu. When they hit the pause button on oral arguments and public opinion readings on March 12, the justices put a number of religious liberties cases in a holding pattern.

The consolidated cases Little Sisters of the Poor Saints Peter and Paul Home v. Pennsylvania and Trump v. Pennsylvania address whether the federal government lawfully exempted religious employers from a regulation requiring health plans to cover contraception and abortifacients. The Catholic nuns have fought state officials for nearly a decade over the Affordable Care Act’s contraceptive and abortifacient mandate, which they say violates their deeply held religious convictions about the sanctity of life. The high court had scheduled oral arguments in the case for April 29.

The pandemic also will delay two cases about whether churches can make employment decisions based on their religious beliefs without the government second-guessing them. And Christian floral designer Barronelle Stutzman is waiting to hear whether the justices will hear her case for the second time.

Though the court is not holding oral arguments for the time being, it could issue opinions online in cases it has already heard. Three such cases deal with whether federal workplace laws against sex-based discrimination also cover sexual orientation and gender identity. Rulings in Altitude Express Inc. v. Zarda consolidated with Bostock v. Clayton County along with Harris Funeral Homes v. EEOC could affect the conscience rights of many Christian business owners.

The Supreme Court also might release its decision about whether the state of Montana discriminated against parents who wanted to send their children to religious schools using a state tax credit scholarship. The justices heard the case in January.

A pandemic knows no deadlines, so the court could continue to postpone decisions or rule without argument. But most court observers say the justices likely won’t rule on the weighty matters at issue in these cases until they can reconvene. —S.W. 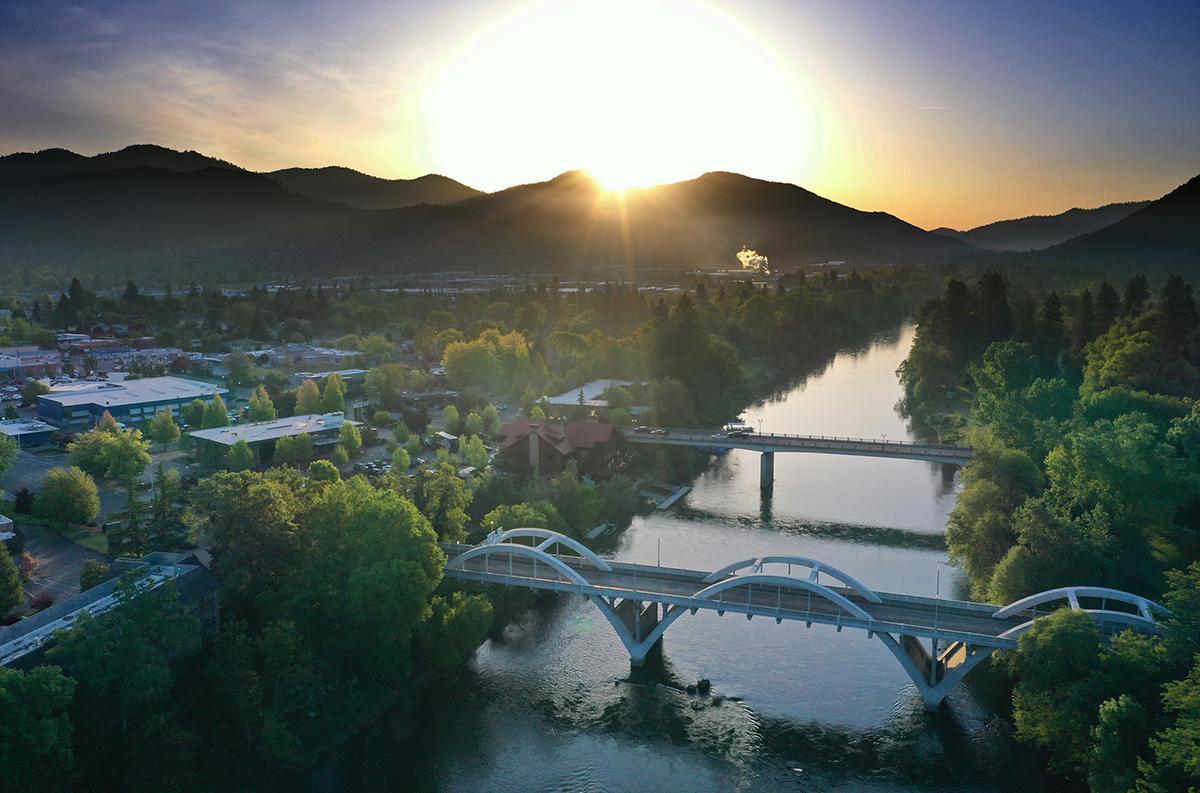 The pro-life organization Abolish Abortion Oregon and some of its members filed twin lawsuits against Grants Pass, Ore., officials they say tried to silence them.

One lawsuit, filed in federal court on Wednesday, contends that the city used a vaguely worded noise ordinance to prevent the group from amplifying its preaching outside a local Planned Parenthood abortion center and at city events. A second lawsuit claims city officials shunted the group to a remote area at the Josephine County Fair and blocked members from using amplification or displaying signs, virtually ensuring no one would see or hear their message.

Grants Pass officials have continued harassing the group, Pacific Justice Institute attorney Ray Hacke said: “The law gives the police far too much discretion to determine whether there is a violation.” —S.W.

When a win is not a win

Pro-life sidewalk counselors in Pittsburgh are asking the Supreme Court to weigh in on a city ordinance that creates a buffer zone around abortion businesses. The 3rd U.S. Circuit Court of Appeals handed the counselors a win last year by interpreting the ordinance so it did not apply to them. That’s not enough, said Alliance Defending Freedom attorney John Bursch: “The city can still prosecute pro-life sidewalk counselors and censor pro-life advocates even after the 3rd Circuit’s ruling, and until the Supreme Court weighs in, the threat remains.” —S.W.

Christians, of all people, should know that rebelling against governmental authority in the midst of a pandemic to which we have no known cure is utter foolishness. Christ's body does not need to gather in large numbers in order to bring spiritual benefit to the nation. Fight for First Amendment rights after the crisis passes if the protective measures do not end.