Transgender-inclusive language seeks to dismiss the realities of biology

In their quest for transgender inclusivity, LGBT advocates are reducing women to “people who menstruate” or “individuals with a cervix.” The transgender agenda increasingly seeks to erase biological womanhood—and mainstream media outlets seem ready to comply.

On July 30, CNN referred to women as “individuals with a cervix” in a promotional tweet for an article about cervical cancer screening recommendations. The article also used “individuals who are 65 and older” about other female gynecological procedures. Its language mirrored a recent report from the American Cancer Society.

Matt Dornic, CNN’s head of strategic communications, said the network wanted to include nonbinary and transgender individuals such as biological women who identify as men but still need a cervical exam.

The article drew immediate backlash, including comedic parodies of famous songs inserting “individual with a cervix” in place of “women.” But critics offered more serious feedback, as well.

“Individuals with a cervix? You mean women? Only women can have a cervix,” tweeted Kristan Hawkins, president of Students for Life of America. In a follow-up email, she said, “Clearly there are those who are working to erase people’s ability to notice or comment on biological realities.”

Some of the most outspoken opponents of this growing dismissal of biological womanhood are women themselves, ranging from pro-life advocates such as Hawkins to radical feminists and prominent figures like author J.K. Rowling. The Harry Potter creator caused a stir in June when she criticized the website Devex for an opinion column that referred to women as “people who menstruate.” “If sex isn’t real, the lived reality of women globally is erased,” Rowling tweeted.

Some see an inherent contradiction between the claims of feminism and transgenderism. The new transgender agenda allows men to “don the mantle of femaleness simply by asserting that it is their birthright,” Alexandra DeSanctis wrote in National Review. “There has never been a more patriarchal claim.”

In sports, public restrooms, advertisements, and media, biological men who identify as women demand not only inclusion but also that others acknowledge them as female.

“The most militant of the transgender activists say that there is nothing special or unique about being a woman other than a dress code,” Hawkins said. “They want to erase women’s experiences and physical realities, replacing it with the idea that being a woman is as simple as what you are wearing and how you feel.”

For the Christian, womanhood and manhood extend beyond one’s biological makeup and functions, as evidenced in the first chapter of Genesis: “in the image of God he created him; male and female he created them” (Genesis 1:27).

“We’re not just creatures, but intentional creatures … founded on the fact that we’re made in God’s image, of which the distinction and complementarity of men and women is a central part,” Carl Trueman, a professor of Biblical and religious studies at Grove City College in Pennsylvania, wrote in June for The Gospel Coalition. “This Biblical view of man and woman also gives us a significance that transcends this world.” 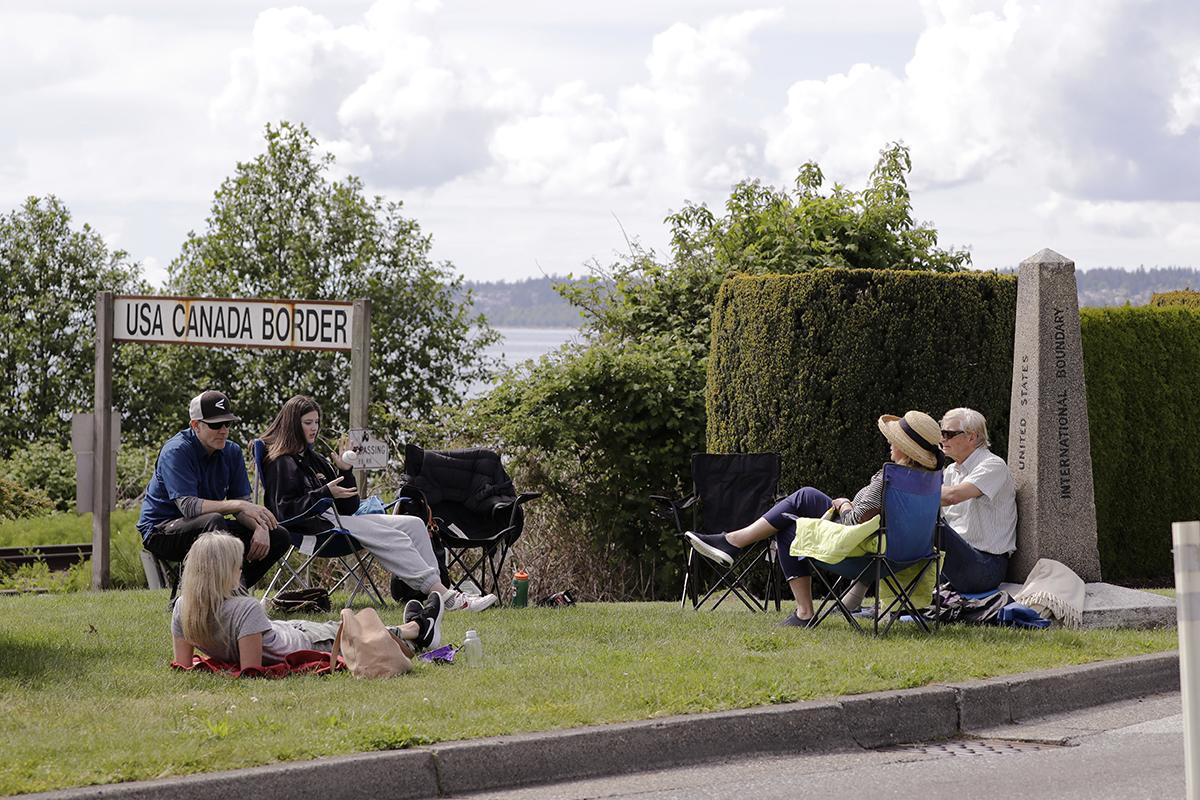 When Mark Maksymiuk of Royal Oak, Mich., tried to enter Canada to visit his wife, Lauren Pickrell, Canadian border authorities would not let him in because the country did not recognize their marriage.

“His exact words were, ‘You know, we don’t view this type of marriage as valid,’” Maksymiuk told CBC News. “I was crying. I broke down.”

Maksymiuk and Pickrell have been together for five years. They live about 30 minutes apart, just across the border. But border regulations due to the coronavirus have kept them separated since March. Once Canada updated its definition of “essential travelers” to include spouses, they sought to marry and reunite.

They wed over the FaceTime video calling app on July 6, with Pickrell in Ontario and Maksymiuk with an officiant in Kansas. Kansas is one of the few states that allow proxy marriages—a ceremony in which only one partner is physically present. Pickrell couldn’t take the required two weeks off to quarantine after traveling for a wedding.

Pickrell said although she knew the plan might not work, they both hoped it would allow them to be together again. If Canada doesn’t expand its list of essential travelers soon, they intend to look for a way to remarry that meets Canadian standards.

The couple’s situation called attention to a larger problem: Coronavirus travel restrictions have forcibly separated many intercountry families. Advocacy for Family Reunification at the Canadian Borders urged the Canadian government to create “compassionate” exemptions for committed couples and relatives instead of only allowing legally married or common-law spouses across the border. —Julia A. Seymour 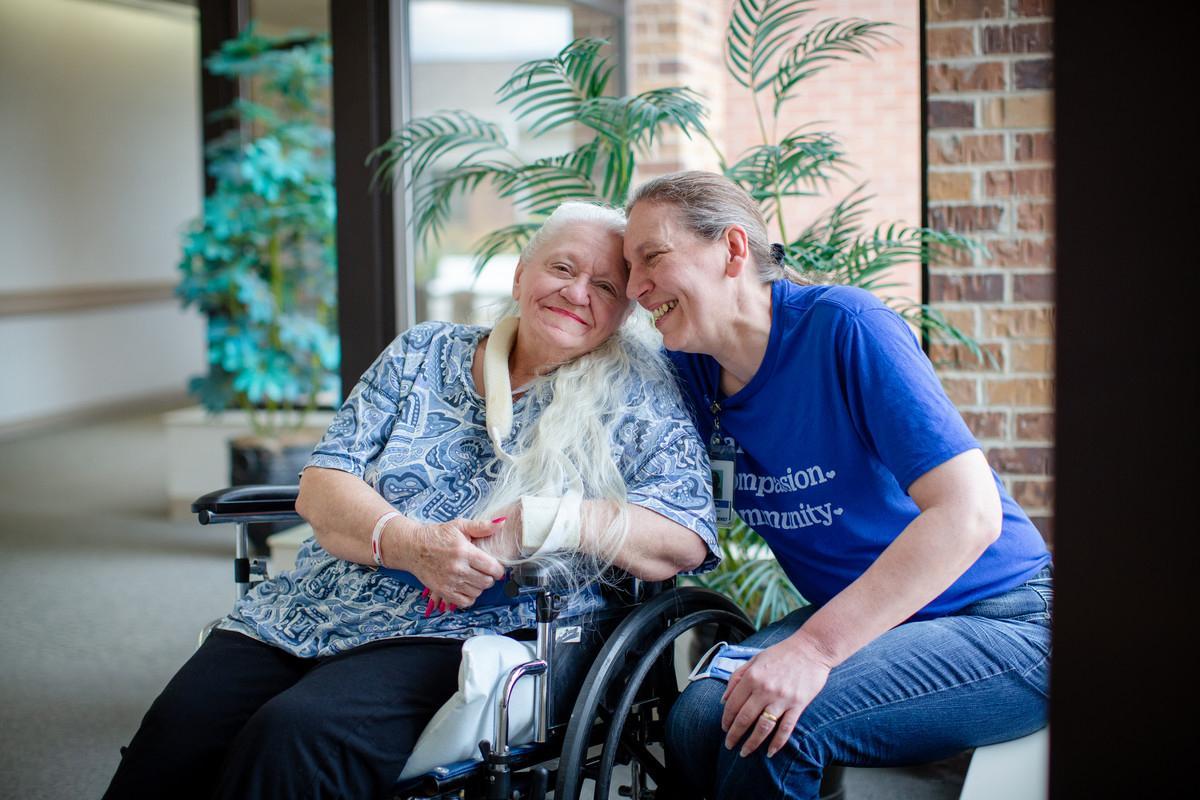 Thanks to the coronavirus, two Nebraska sisters found each other after a 53-year separation. Doris Crippen, 73, had seen her youngest half-sister Bev Boro, 53, only once, when holding her as a baby, The Washington Post reported. They had the same father, but Boro and her other full siblings were raised in foster care, while Crippen grew up with her mother.

Crippen and Boro had tried and failed to locate one another as adults. Then Crippen contracted COVID-19 and became so weak she fell and broke her arm. She stayed in the hospital for a month before going to a rehabilitation center.

Boro worked as a medication aid at the facility, where she met Crippen on June 27.

“When I saw Doris’ name on the patient board, I was so nervous,” Boro told the Post. “My heart was racing.” Because Crippen is hard of hearing, Boro used a whiteboard and gestures to introduce herself before showing her name badge. Crippen burst into tears.

The sisters are planning a family reunion. Despite her illness, Crippen said, “I am the happiest person in the world.” —J.A.S. 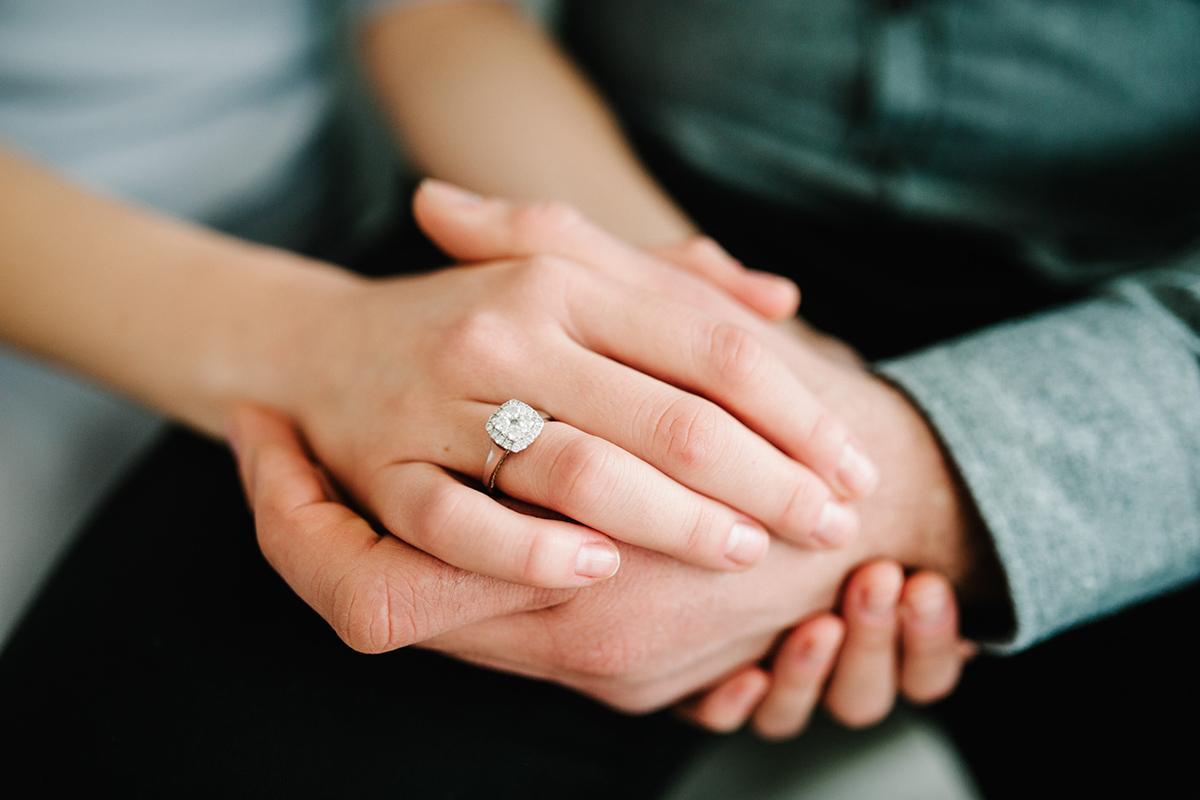 Attorneys in multiple states said they have received more calls about divorce since the coronavirus pandemic began. Online searches about divorce surged on prominent legal websites between March and May.

Stacy Lee, the owner of The Couples Institute Counseling Services in California, said quarantine made it harder for spouses to navigate roles, responsibilities, time, and routines. But they’re not all looking to divorce. She has seen a significant increase in couples requesting therapy, as well.

“My hope would be that some of the divorce lawyers would also maybe encourage people to reach out to therapists to make sure [divorce is] really what they want,” Lee said. —J.A.S.

Pastor John Ortberg resigned from Menlo Church in Menlo Park, Calif., this week. In July, he acknowledged his son, Johnny Ortberg III, confessed to struggling with attraction to children. He allowed his son to continue working with children in the church for a year before the church’s elders learned about his problem.

Critics accused the church of putting children at risk. The elders admitted their lack of transparency breached congregational trust. They announced an audit of safety policies and a new abuse investigation. —J.A.S.

"the idea that being a woman is as simple as what you are wearing and how you feel.”

For men identifying as female, I understand their target outward appearance typically reflects a very stereotypical view of what a woman looks like.  I also understood real biological women understand much more readily these are stereotypes and reject these narrow characterisations.

Some things are so obvious they are unexplainable. People who do not believe being either male or female is an immutable part of being human--I really don't think science or reason can help them....

Women who don't want to be known as woman should NOT be able to tell other women the way they should be.

Some women WANT to be women.

Is sending our children to college to be brainwashed a good thing?