A Pakistani woman shows a photo of her Chinese husband in Gujranwala, Pakistan Associated Press/Photo by K.M. Chaudary (file)

After an extensive investigation into the trafficking of Pakistani women as “brides” to China, the government of Pakistan has cracked down on investigators instead of traffickers.

Pakistani investigators discovered traffickers have sold at least 629 women and girls—hundreds of whom were impoverished Christians—to China since 2018. The marriages are more like slavery and often result in abuse or forced prostitution. Since investigators compiled a list of victims in June, the Pakistani government has pressured investigators, stalling anti-trafficking efforts. Meanwhile, the situation for women is worsening.

“No one is doing anything to help these girls,” one Pakistani official said. “The whole racket is continuing, and it is growing. Why? Because they know they can get away with it. The authorities won’t follow through, everyone is being pressured to not investigate. Trafficking is increasing now.”

Rimsha, a 27-year-old Christian from Lahore, was one such bride, according to Radio Free Europe/Radio Liberty. Marriage brokers claimed the Chinese groom owned a factory and “promised a happy life” in China, Rimsha’s mother said. In June, Rimsha messaged her family pleading with them to rescue her from her husband’s sexual abuse.

“He is asking me to have sex with all his friends visiting the place to earn money,” Rimsha said in a tearful video sent to her family via a messaging app in early June. “He is beating me when I refuse. Please help me.”

Pakistani authorities have investigated and arrested anywhere from a dozen to 75 people involved in trafficking this year. Some received bail, while other cases collapsed. The case against 31 Chinese nationals fell apart in October after their victims refused to testify. An unnamed court official and police investigator said threats or bribery silenced the women. Senior officials attested the government suppressed news reporting on the crisis.

Christian activist Saleem Iqbal in Punjab blamed the government. “Some [federal investigators] were even transferred,” he said. “When we talk to Pakistani rulers, they don’t pay any attention.”

Traffickers often target impoverished Christian families and churches, even bribing pastors to buy women and girls. The religious minority is one of the poorest communities in Pakistan, and traffickers often would lie to the women, telling them the grooms were wealthy Christian converts.

“This is human smuggling,” Punjab province Human Rights Minister Ejaz Alam Augustine said in May. “Greed is really responsible for these marriages. … I have met with some of these girls and they are very poor.”

China has a high demand for brides from outside the country because its one-child policy has resulted in a dearth of eligible young women. Human Rights Watch warned in April that allegations in Pakistan were “disturbingly similar” to documented accounts of trafficking women to China from Cambodia, Laos, Myanmar (also known as Burma), North Korea, and Vietnam. 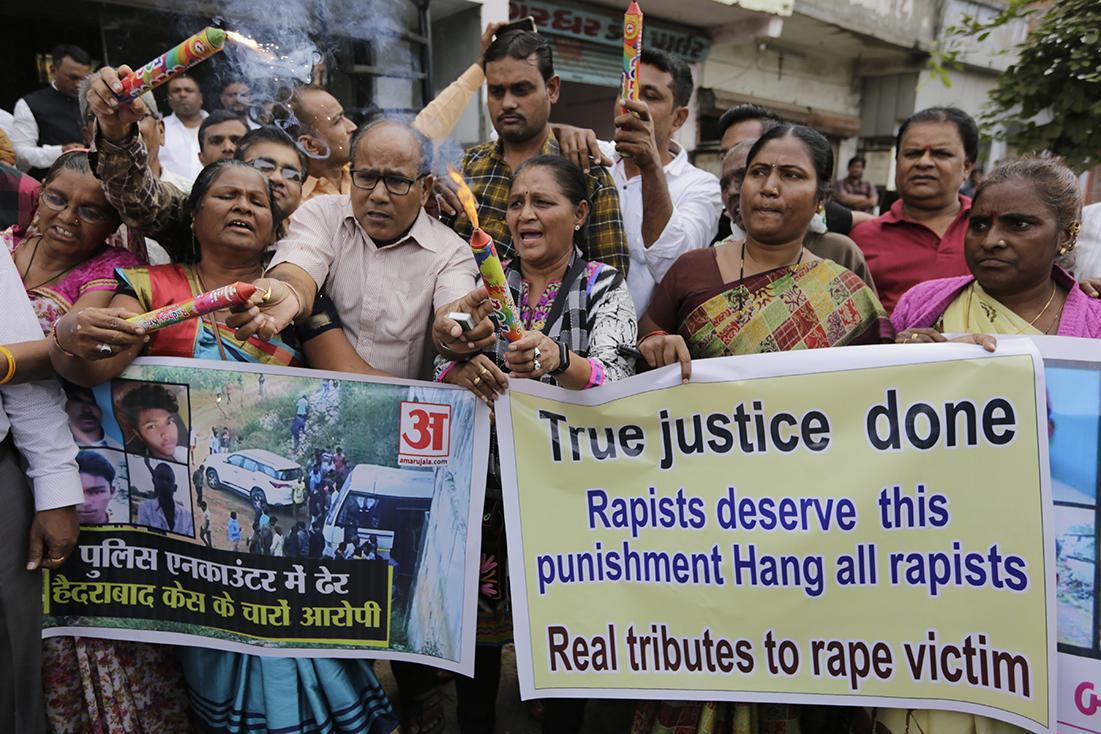 Angry protesters in India crowded the streets of New Delhi, Bengaluru, and Kolkata last week after the gang rape and murder of a 27-year-old Indian woman. Demonstrators carried banners that read, “Stop rape,” and, “End the culture of impunity to rapists.”

The woman, a veterinarian, was about to get on her scooter on Nov. 27 in the southern city of Hyderabad when she noticed she had a flat tire, according to police. Two men who offered to help her were part of a gang of four men suspected of deflating the tire to facilitate the assault. They allegedly took turns raping her before strangling her and throwing her burned body under a highway overpass 12 miles away.

Authorities arrested the four suspects last week and took them to visit the crime scene. While there, officers said, the suspects tried to grab a police weapon and escape. The officers shot and killed the men. Many demonstrators celebrated the killings and threw flower petals at the police. But India’s National Human Rights Commission has launched an investigation into whether the killings were extrajudicial. 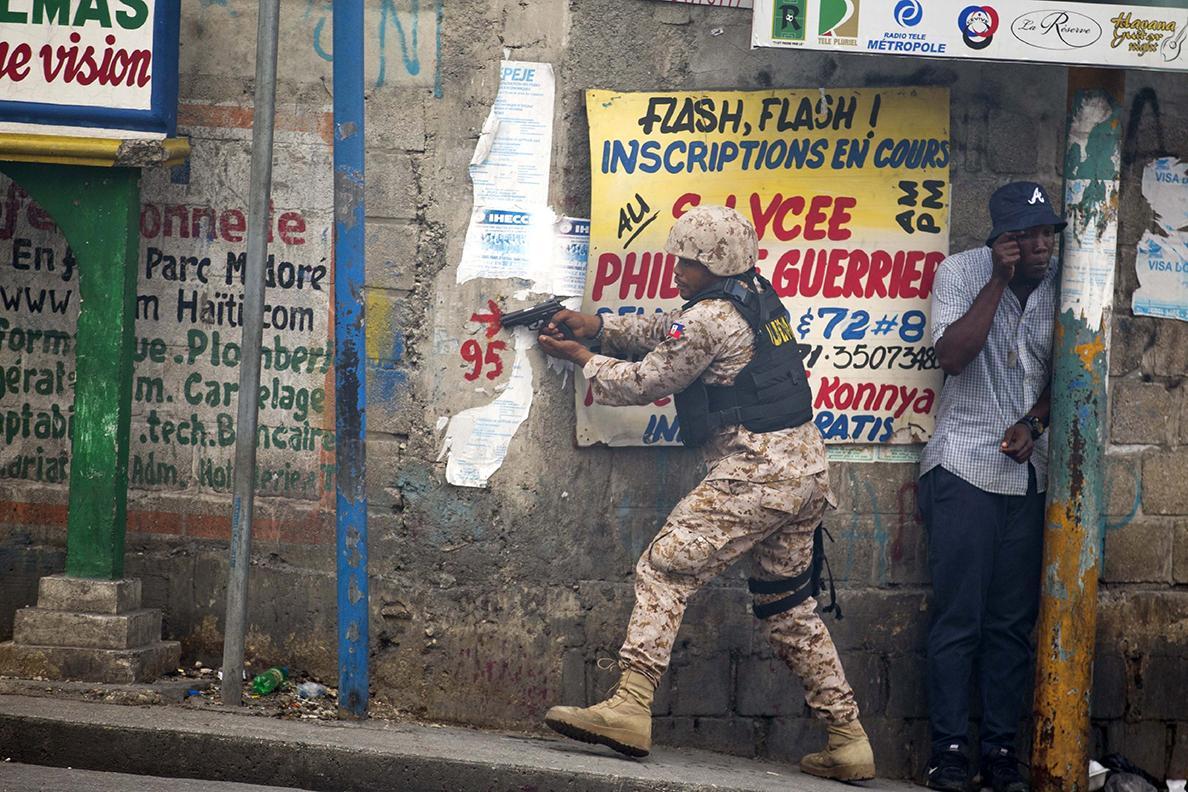 An arms race to Haiti

An active U.S. Marine is under investigation for smuggling guns into Haiti, claiming he wanted to train the country’s military to defeat the “thugs” causing instability there.

Jacques Yves Duroseau departed from a North Carolina airport and headed to Port-Au-Prince on Nov. 11. He carried two plastic containers of handguns and three rifles and a third container with ammunition, according to the criminal complaint against him. Duroseau declared the luggage but lacked permission to leave the country as an active serviceman or to export firearms. The U.S. Marine Corps confirmed he enlisted in 2011 and was stationed at North Carolina’s Camp Lejeune as a machine-gunner.

Duroseau told investigators he planned to teach marksmanship to the Haitian army and to “defeat the thugs that have been creating a little bit part of the instability in Haiti.”

Haitians have held a series of crippling protests over the past year due to an acute fuel shortage and scarcity of basic services. —O.O. 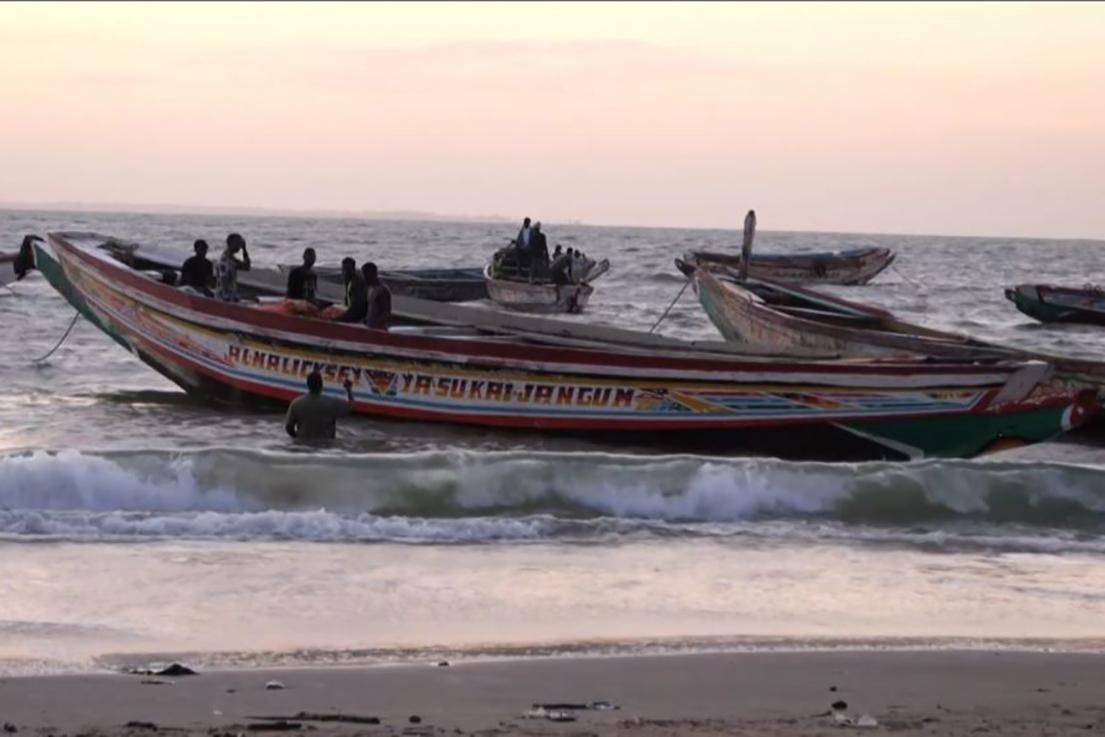 A migrant boat with about 150 passengers capsized in rough waters in the Atlantic Ocean last week, leaving at least 63 people dead. The boat departed from the shores of northern Gambia in West Africa and was headed for Spain’s Canary Islands. It went down as it diverted to the Mauritanian coast for food and fuel. Some 83 people, including two women and 10 minors, swam to shore and received medical assistance, according to Mauritanian authorities. Many others remain missing at sea. The survivors include six Senegalese.

Many Africans fleeing conflict and seeking economic progress have crossed the Mediterranean Sea from North Africa, hoping to get to Europe. Between 2014 and 2018, more than 35,000 Gambians arrived in Europe via the Atlantic Ocean. Many fled the oppressive rule of former President Yahya Jammeh, who held power for two decades and wrought economic problems for the country. Although voters ousted him in a 2017 election, Gambia’s economy is still struggling. —O.O. 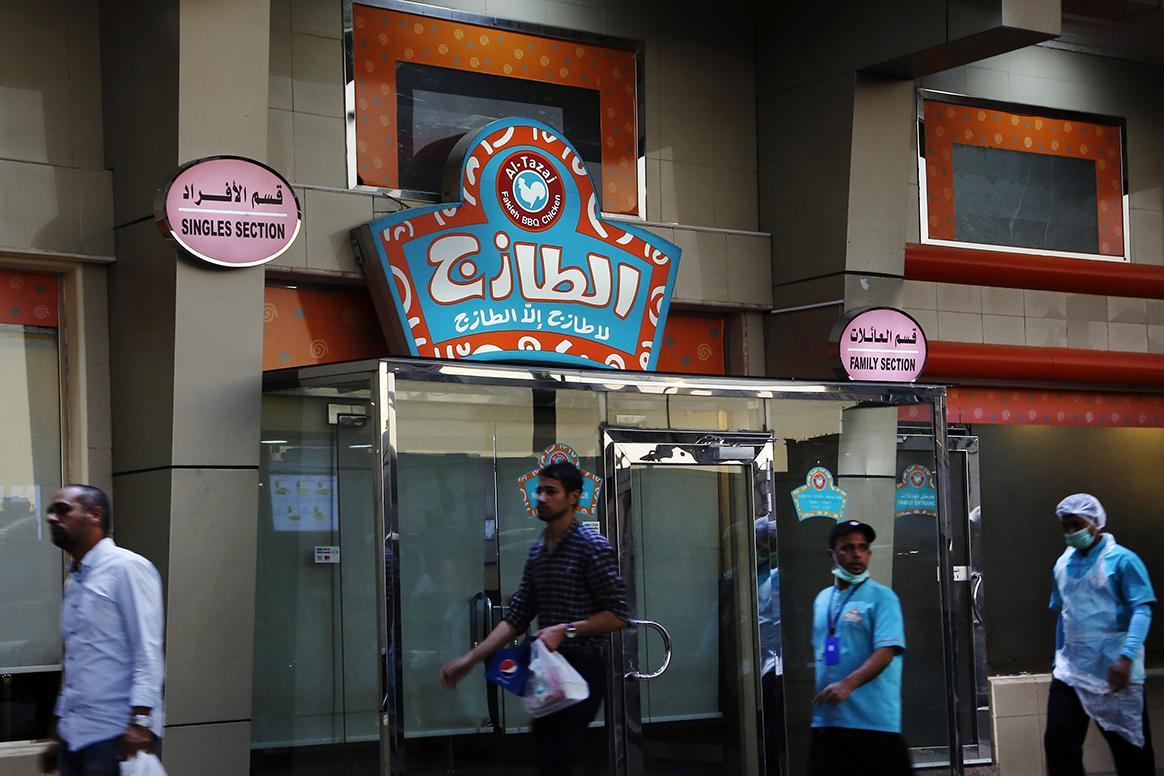 Saudi men and women can now use the same entrances into some restaurants. The Ministry of Municipalities made the announcement on Sunday, adding it was up to the businesses to decide what to do next. Previously, the government required restaurants to have one entrance for women and families and a separate entry for men. Other public spaces and events—including schools, hospitals, and some weddings—remain segregated.