A group of concerned parents in California fear that newly proposed guidelines for the state’s health curriculum in the public schools could endanger their children and strip them of their parental rights.

The 1,000-page Health Education Framework immediately raised eyebrows when the California Department of Education first released it for public review in March 2018. The document, which is designed to guide K-12 curriculum development on nutrition, substance abuse, exercise, and sexual health for the next decade, is the practical result of the Healthy Youth Act, a law passed in 2015 requiring all California public and charter schools to provide comprehensive sexual health education. The law forces schools to affirm different sexual orientations and teach about gender identity and gender expression. Though parents are allowed to opt their children out of sexual health lessons entirely, they cannot pull their children from individual lessons on sexual orientation and gender identity because the law says that would violate anti-discrimination laws.

The guidelines for kindergarten through third grade instruct teachers to introduce the concept that an individual’s gender does not always match his or her sexual and reproductive organs. “In the classroom, we may use the term ‘female reproductive organs’ but some people who identify as male have these organs,” the guidelines state. They also recommend inviting transgender individuals to elementary classrooms and reading picture books such as Who Are You? The Kids Guide to Gender Identity, which includes an interactive wheel that lets students choose their own body and identity and tells them adults simply guess about a baby’s sex at birth.

Seventh and eighth grade instructors are told to use the term “partner” in place of boyfriend, girlfriend, husband, and wife to avoid assumptions about gender and sexual orientation, adding “some students may be non-monogamous and the term ‘partner(s)’ may also be used to be more inclusive.”

The high school guidelines give a long list of possible sexual orientations and their definitions, including bisexual, pansexual, and polysexual, warning, “Gender and sexuality are often fluid and do not always fit neatly into these categories. This can be challenging for some to grasp.” And both the middle and high school guidelines reference “spiritual abuse,” described as “forcing others to adhere to rigid gender roles” and “not allowing partners to do things they enjoy.”

The state’s Instructional Quality Commission released the curriculum guidelines again on Nov. 1 for a second review period. The commission is reviewing the feedback and will recommend final edits to the State Board of Education at meetings on March 22-23. The board is expected to adopt the guidelines in May.

A group of concerned parents plans to hold a rally in Sacramento, the state capital, on Friday to oppose the proposed framework. They argue the guidelines go against a California statute affirming that “parents and guardians have the ultimate responsibility for imparting values regarding human sexuality to their children” and that the framework fails to meets its own stated standards of being age-appropriate, medically accurate, and unbiased.

“[They] are trying to override the values and morals of a lot of California families by undermining what parents teach at home through the framework,” Aileen Blachowski, a member of the group Informed Parents of California and a mother living in Orange County, told me. She said the guidelines are an example of incrementalism, tiny steps away from common sense: “In 2016, very few people were aware that the [Healthy Youth Act] passed, that it contained what it contained.”

Now Informed Parents of California is working to build a team of parents to respond to the guidelines in all 58 counties in the state.

“We intend to show up at their Instructional Quality Commission meetings, at the State Board of Education meetings … to prove that we are parents who have read every letter of this and we’re very well aware of what it is and we have constructive comments to be made,” Blachowski said. “We’ve been told they do want to hear us.”

But they face an uphill battle. California has championed LGBT advocacy in schools, passing laws that other states copy, and activists are continually lobbying for more. This month, the Human Rights Campaign released a report on LGBT youth in California and called on the state to implement more laws requiring education on LGBT affirmation.

Blachowski said those efforts are a threat to what Christians know to be the good, the true, and the beautiful: “To many parents it feels like the state is trying to rip our children’s hearts and minds right out from underneath us.” 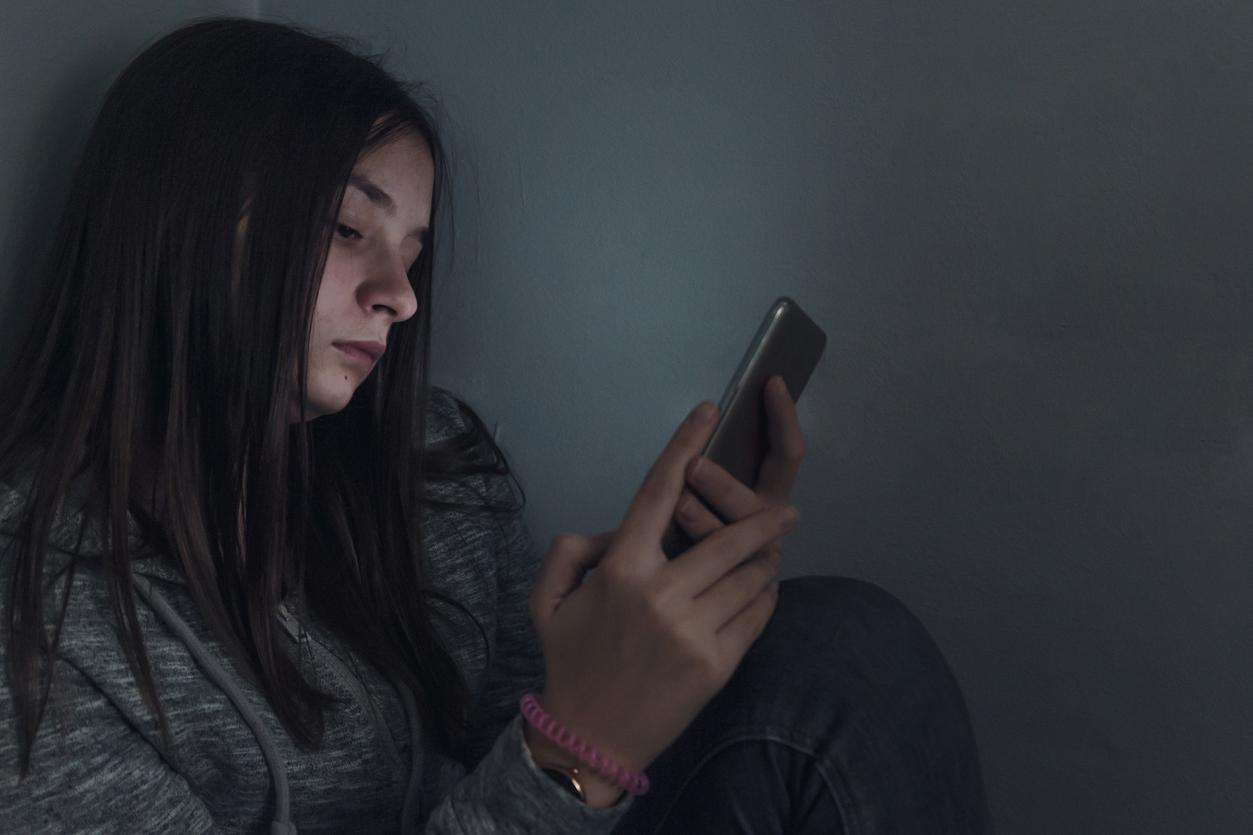 Depressed? There’s an app for that

Researchers have recently linked increasing smartphone usage to worsening mental health in teenagers. Now some psychologists and app developers wonder whether they can use the device causing the problem to predict when a teen is likely to have a mental health crisis.

Depression rates of 12- to 17-year-olds rose to 13 percent in 2017, up from 8 percent in 2010. This spike, along with increasing suicide rates—suicide is now the second leading cause of death for Americans between the ages of 10 and 34—has mental health professionals scrambling for answers. Studies show some teens struggle with anxiety and depression because they feel they need to maintain their image on social media. Many feel worse about themselves after scrolling through other people’s Snapchat and Instagram posts.

After a teen livestreamed her suicide on Facebook in 2017, the social media platform announced it would start monitoring keywords that might indicate when people intend to harm themselves. “In the last year, we’ve helped first responders quickly reach around 3,500 people globally who needed help,” Facebook CEO Mark Zuckerberg announced in November.

Now researchers at Google and a tech company called Mindstrong are developing apps that can predict a person’s mental health. Stanford University, UCLA, and the University of Illinois at Chicago are also testing mental health apps, none of which are publicly available yet. The apps look at things like changes in typing speed, voice tone, word choice, and how often teens stay home to identify an increased risk of depression or suicide. Some of the programs in development periodically ask teens how they’re feeling.

But such monitoring of teens raises ethical concerns, too. Do teens have a right to privacy? Does constant surveillance impinge upon freedom of mind? Are data-collecting giants like Facebook and Google mainly concerned with keeping people plugged in? Laurel Foster, a 15-year-old participant in a Stanford University study involving about 200 teens, said using the smartphone app felt like being spied on, but she added that with many online sites already tracking users’ habits, “one more isn’t really a big difference.” —Collin Garbarino 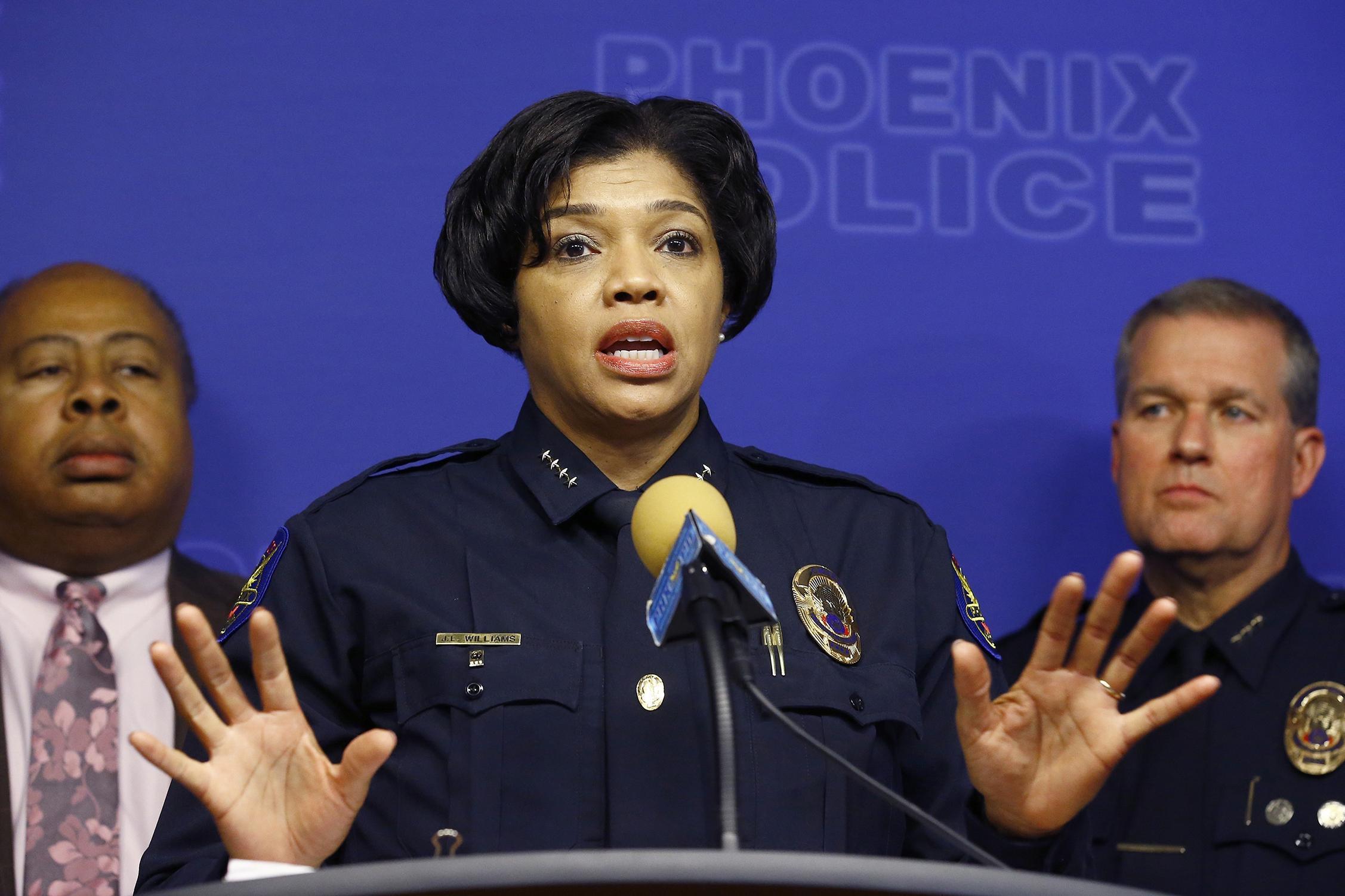 Authorities in Arizona arrested and charged a nurse on Wednesday for the rape of an incapacitated woman at a long-term healthcare facility in Phoenix. Nathan Sutherland, 36, a licensed practical nurse, was charged with one count of sexual assault and one count of vulnerable adult abuse.

Earlier this month, police ordered every male employee at Hacienda HealthCare to submit to DNA testing after a severely disabled 29-year-old woman at the facility gave birth late last year. Police said Sutherland submitted his DNA sample under court order on Tuesday and was a match to the baby.

The tech antidote for kids

A longtime Wall Street Journal children’s book reviewer believes the latest brain science should urge parents to adopt an ambitious goal: reading aloud to their children for one hour every night. Meghan Cox Gurdon’s new book,The Enchanted Hour: The Miraculous Power of Reading Aloud in an Age of Distraction, delves into how listening to a story transcends anything digital when it comes to brain development and provides an antidote to fractured attention spans and disconnected families in the tech era. —K.C.