Michael Baca (second from left) talks to his lawyer after Secretary of State Wayne Williams (far right) dismissed him as an elector in 2016. Associated Press/Photo by Brennan Linsley (file)

A federal appeals court ruled last week that Colorado’s representatives in the Electoral College do not have to vote for the winner of the popular vote in their state. The decision could have far-reaching implications if enough electors defect and vote for another candidate in a close presidential election.

The Founding Fathers established the Electoral College as a safeguard for smaller states. The number of electors in a state equals the number of senators and representatives it has in Congress, with the political parties selecting a slate of potential electors to represent their presidential candidates and voters casting their ballots for the electors representing a party’s candidate. States have the authority to decide how they dole out their electoral votes. Most states, like Colorado, give the votes to the winner of the statewide popular vote.

In the 2016 election, three Colorado electors tried to vote against Democratic candidate Hillary Clinton, who won the popular vote in the state. The electors were part of a group hoping to rally Republican and Democratic electors behind a “consensus candidate” in a bid to deny Donald Trump the presidency.

Elector Michael Baca cast his vote for John Kasich, the former Republican governor of Ohio, but Colorado Secretary of State Wayne Williams refused to count his vote and instead replaced him with an elector who voted for Clinton. The two other electors decided to vote for Clinton instead of being replaced.

But in a split decision by a three-judge panel on Aug. 20, the 10th U.S. Circuit Court of Appeals ruled Williams acted unconstitutionally by “removing Mr. Baca and nullifying his vote for failing to comply with the vote-binding provision.” The ruling applies to the states under the 10th Circuit’s jurisdiction: Colorado, Kansas, New Mexico, Oklahoma, Utah, and Wyoming.

Most states don’t have laws penalizing “faithless electors,” though about two dozen require electors to follow the results of their state’s popular vote. This new ruling brings those laws into question.

Suzanne Staiert, who worked on the case as Colorado’s former deputy secretary of state under Williams, told me if electors can flout their pledges to their party and state, “voters ultimately pay the price.”

Scott Lasley, head of the political science department at Western Kentucky University, served as one of Kentucky’s electors in 2016. After his selection for the position, he found himself flooded with emails and letters—overwhelmingly from Democrats—urging him to vote against Donald Trump even though Trump won the state’s popular vote. The majority argued Clinton deserved electors’ support for winning the national popular vote. Others sought to convince him to vote for a “consensus candidate.”

“I was probably somewhat sympathetic,” Lasley said. “Trump was not my first choice.” But he added he never even considered bucking the wishes of the majority of Kentucky’s voters. “In my opinion, it would probably have a destabilizing effect on the legitimacy of the election,” he told me. “The elector’s job is essentially to ratify what the voters of their district or their state want. … I think to do anything otherwise would be incredibly egotistical and self-serving.”

Democrats have long complained the Electoral College gives smaller states disproportionate influence. Republicans argue switching to a national popular vote system would disenfranchise less populous and rural areas. At least three candidates running for president in 2020 have called for abolishing the Electoral College and replacing it with a national popular vote system.

Replacing the Electoral College system would require a constitutional amendment approved by a two-thirds majority of both the House of Representatives and Senate and three-fourths of state legislatures.

In an attempt to circumvent the difficult constitutional requirements, the District of Columbia and 15 states have adopted an interstate compact committing individual electors to vote for the winner of the national popular vote. The compact, championed by the nonprofit National Popular Vote organization, only takes effect if states accounting for a majority of 270 out of the total 538 total electoral votes agree.

This ruling could put a damper on the effort, said Heritage Foundation senior legal fellow Hans von Spakovsky. “This particular decision means that Colorado would not be able to enforce that compact against its own electors,” he said. He noted other states may take note and decide similar efforts would be fruitless.

Throughout U.S. history, only 67 presidential electors voted against their party’s nominee, according to the Constitution Center. None ever successfully changed the outcome of an election.

Derek Muller, a law professor at Pepperdine University, said the most immediate effect of the ruling would likely be that “parties in 2020 are going to look very carefully at who they nominate: exercising more discretion at the front end, then [you’ll have] less problems at the back end.” 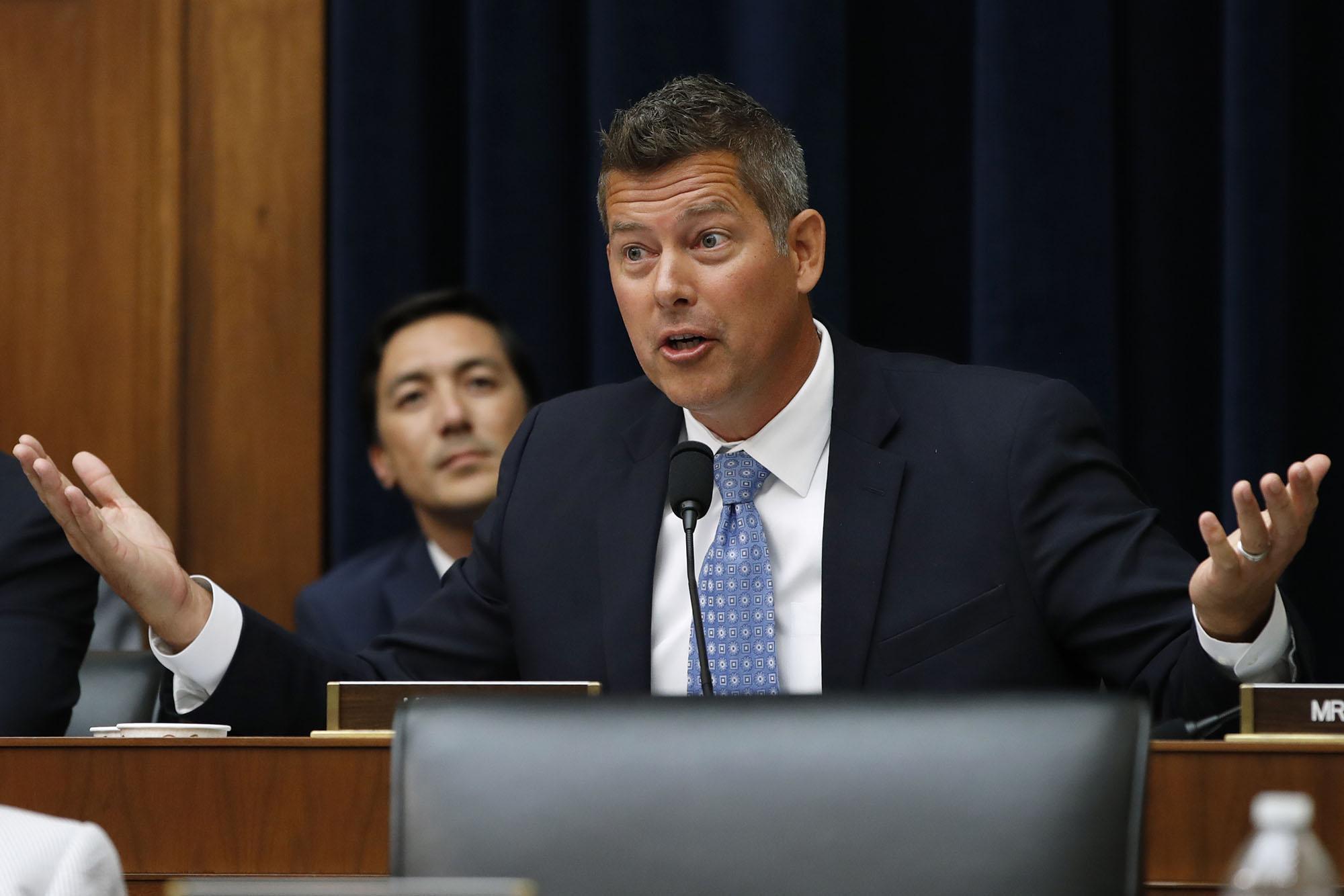 This week in (and out) of Congress

Though many lawmakers are at home meeting with constituents in their states and districts, some still made national news.

Departing: Rep. Sean Duffy, R-Wis., announced Monday he will leave Congress on Sept. 23. He and his wife are expecting a baby in October, and Duffy said he is resigning due to complications with the pregnancy, including a heart condition. Duffy, a member of the House Pro-Life Caucus, represented Wisconsin’s 7th District, which President Donald Trump carried by 20 points in 2016. Wisconsin Gov. Tony Evers, a Democrat, said on Thursday he is waiting for a recommendation from his lawyers about when to call a special election for Duffy’s seat ahead of the 2020 general election.

On Wednesday, Sen. Johnny Isakson, R-Ga., announced he will resign at the end of 2019, citing health problems. Georgia Gov. Brian Kemp, a Republican, will appoint a temporary replacement, but primary and general special elections in 2020 will determine who will complete the remaining two years of Isakson’s term.

Joining: Members of the Cherokee Nation are citing 18th and 19th century treaties to push for a delegate to Congress for the first time in U.S. history. Cherokee Nation Chief Chuck Hoskin Jr. announced last week his appointment of Kimberly Teehee to serve as the tribe’s delegate to Congress. Congressional leaders have not yet commented on the move. One of the treaties, the 1785 Treaty of Hopewell, stipulates that tribe members “shall have the right to send a deputy of their choice, whenever they think fit, to Congress.” —H.P. 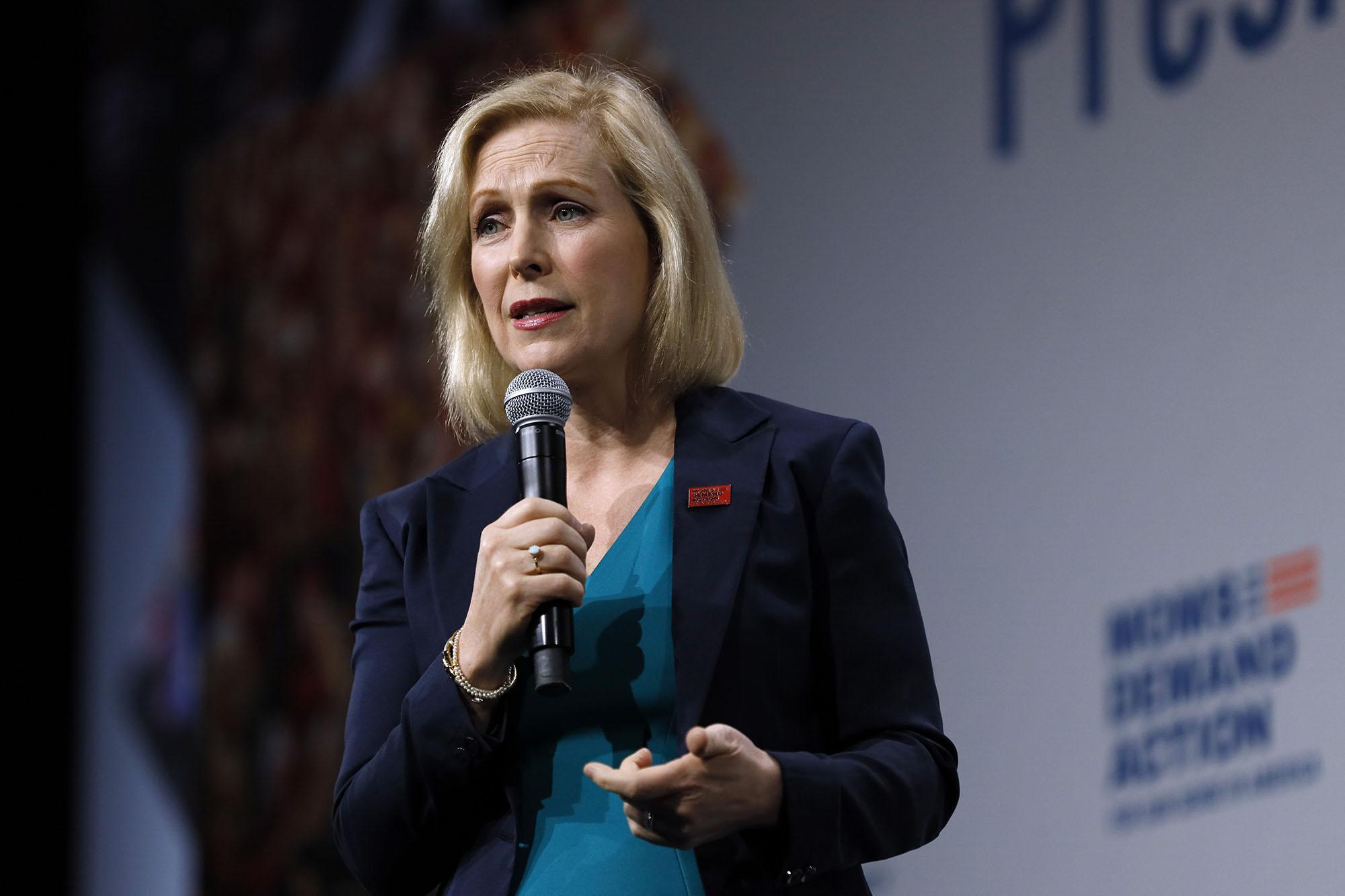 The threshold to participate in the Democratic debate—reaching 2 percent in at least four approved polls and raising money from at least 130,000 donors—winnowed the group of participants down so that all the top candidates will appear together on one stage on one night for the first time. Before candidates began dropping out, the field was so large earlier debates took place over two nights.

Most polls show Biden continuing to lead the pack, followed by Warren and Sanders. Biden has had to defend himself this week against questions about family members using their ties to him to promote their business interests. He said he would keep “an absolute wall” between personal matters and the government. —Anne K. Walters

Deutsche Bank all but confirmed in court filings Tuesday it possesses the tax returns of President Donald Trump and his family members.

The House Financial Services Committee and House Intelligence Committee subpoenaed the bank, which has a longstanding relationship with the president and his family, as part of Democratic Party efforts to access the president’s financial records. Trump sued Deutsche Bank and Capital One to prevent them from complying with the congressional subpoenas.

Lawyers for the German bank redacted individuals’ names in a letter to the 2nd U.S. Circuit Court of Appeals, citing privacy laws. But the documents referenced in the letter are widely assumed to be the president’s since the legal filing relates to the subpoenas.

The financial documents could provide a fuller picture of Trump’s business dealings, including potential foreign entanglements, and answer questions about why the president refused to publicly release his tax returns. Capital One separately told the court it did not have copies of Trump’s returns. —A.K.W.