Students at Williams College react to news they have to leave campus on Wednesday in Williamstown, Mass. Associated Press/Photo by Ben Garver/The Berkshire Eagle

Michael Finlayson just wants to go back to school. The eighth grader is midway through his second week of self-imposed homeschooling due to the outbreak of COVID-19 in Washington state.

Just outside of Seattle, Wash., Finlayson is keeping up with his studies but staying away from the school environment mostly out of concern for his mother, who is quadriplegic and prone to holding onto even a common cold for months.

“When I was first learning about the coronavirus, I was just like, I don’t really think we’re in danger from it,” Finlayson said. “But then the first death in the U.S. was in my city and half a mile away from where I live, and that really concerned me.”

He petitioned Lake Washington School District in King County, home to Seattle, to close and allow students to work from home to stem the spread of COVID-19, the disease caused by the new coronavirus. The sprawling school district serves about 30,000 students just miles from the epicenter of the state’s epidemic, which has already claimed at least 24 lives.

Lake Washington schools remain open, but more than 1,200 others have closed nationwide because of the epidemic, Education Week reported Wednesday. The closures affect 776,200 students in viral hubs such as New York, San Francisco, and Seattle. As of Wednesday, neither state nor federal officials had ordered any schools to close. Northshore School District, also in King County, moved classes online on March 5 after county health officials recommended people older than 60 and those with underlying medical conditions remain home. The age recommendation would have kept 500 teachers, cafeteria workers, and bus drivers off the job.

A number of colleges across the country—including Harvard, Princeton, Stanford, UCLA, and the University of Washington—moved classes online and adapted other student activities to a virtual format. Some, like Harvard, told students not to come back to the dorms after spring break. “Our goal is to decrease the number of instances that require community members to gather in large groups or spend extended periods of time in close proximity with each other,” Princeton President Christopher Eisgruber said.

The regional and sporadic K-12 and university closures in the United States pale in comparison to the widespread school shutdowns in countries like China, Hong Kong, Italy, and Japan.

“The global scale and speed of the current educational disruption is unparalleled and, if prolonged, could threaten the right to education,” said UNESCO director general Audrey Azoulay. UNESCO estimates that nearly 300 million children around the world are out of school due to COVID-19.

When schools close, Azoulay said, parents might miss work due to lack of childcare creating a strain on family resources, especially in impoverished areas.

It’s not easy for many schools and colleges to flip the switch to distance learning, either. Even when students have school-provided tablets or computers, they might not have internet access at home. Some districts, like Northshore Public Schools, offer portable Wi-Fi hotspots to those who need them, but the practice is far from standard.

On Tuesday, for the first time since Feb. 28, Finlayson attended school for a few hours. His father, Ken Finlayson, said his son missed his friends. He also said that while he understood the district’s decision to remain open, he wished they would reconsider. Even instituting a voluntary “work from home” protocol like many other area companies would be better than requiring students to continue gathering on campus, he said.

“Maybe our family is wrong about our concerns,” Ken Finlayson said. “Maybe in a week everything will blow over … I really, really hope and pray that’s the case.” 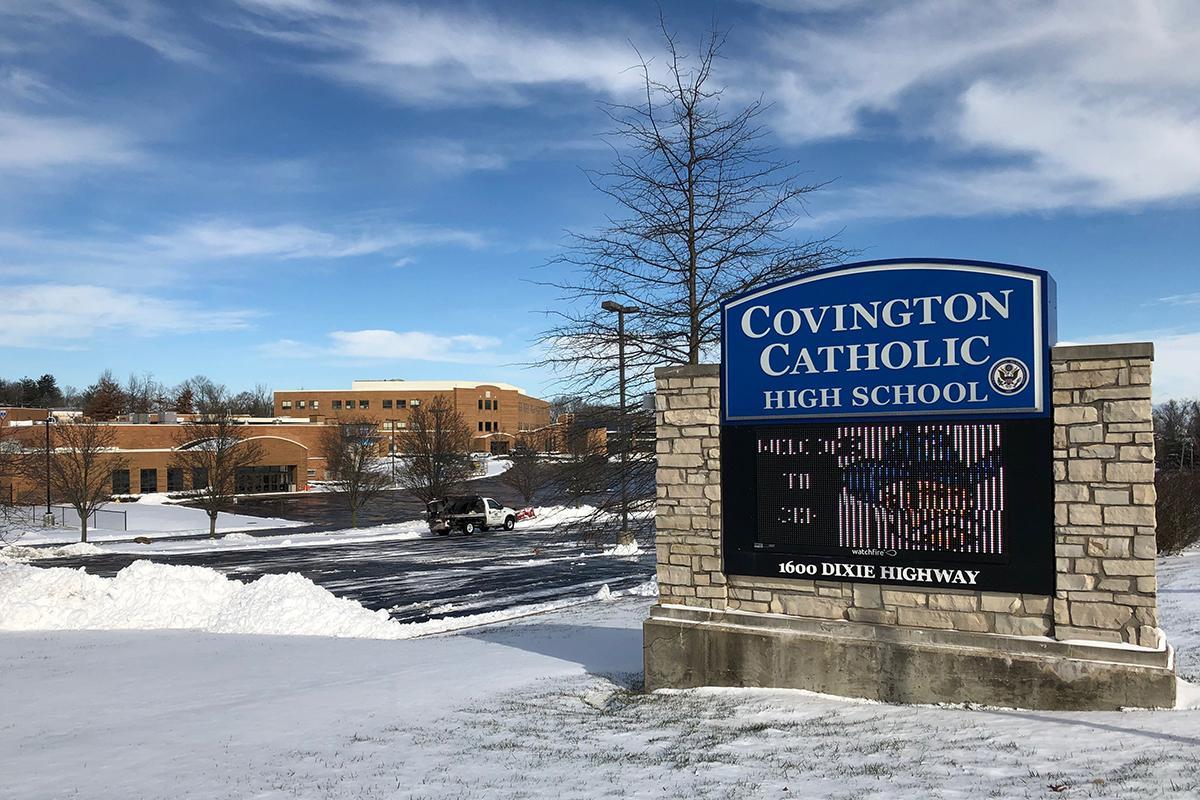 Nick Sandmann, the Kentucky high school senior at the center of a viral video controversy, is seeking a total of $1 billion in damages from eight news outlets. On March 2, he sued ABC, CBS, Gannett, The New York Times, and Rolling Stone for defamation of character, emotional distress, and punitive damages.

In January 2019, news outlets reported on an encounter Sandmann had with Nathan Phillips, a Native American protester, outside the Lincoln Memorial following the March for Life in Washington. In a widely shared video clip, Sandmann wore a pro-Trump Make America Great Again cap and smiled as Phillips chanted and beat a tribal drum. Some journalists painted Sandmann and other Covington Catholic High School students with him as disrespectful and racist. A longer video showed Phillips and a group called the Black Hebrew Israelites harassing Sandmann and his friends, who responded with school cheers.

In January, Sandmann agreed to a settlement with CNN. He has two outstanding lawsuits against NBC Universal and The Washington Post.

L. Lin Wood, Sandmann’s lead attorney, said he wasn’t at liberty to disclose the amount of the award in the CNN settlement, but it was “fair for all parties.” He said Phillips lied when he claimed Sandmann blocked his exit from the area. Because of their bias against President Donald Trump, Wood said, the media outlets rushed to publish Phillips’ “false and defamatory statement” about Sandmann without investigating the incident. —Bob Brown 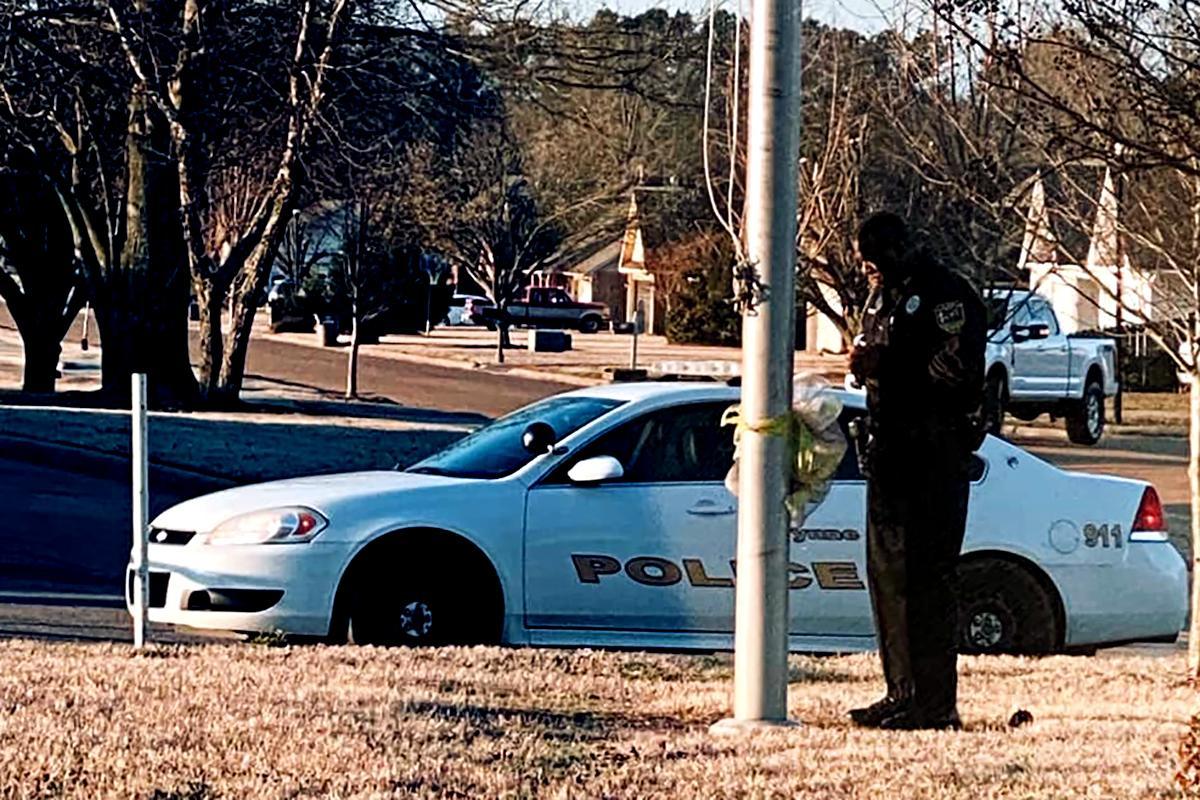 One September morning each year, Christian high schoolers, college students, and staff members gather for See You at the Pole, an annual prayer event at school flagpoles. One school safety officer in Wynne, Ark., has felt a burden to pray at the flagpole every day.

For the past five years, De’Andra Warren, 40, has worked at the town’s primary and junior high school, walking the halls, breaking up fights, and running off unauthorized visitors. Every morning since 2015, he starts his day by praying at the flagpole.

Warren, who also serves as a minister at Tabernacle of Faith New Testament Church, said he begins his prayer by thanking God for the schools’ students, families, and staff members. He asks God to protect the community, reciting “no weapon that is formed against you will prosper” (Isaiah 54:17). He ends his daily prayer by asking God to fill students and teachers with love and joy and to accomplish His plan in their lives.

“If believers in Jesus Christ begin to pray sincerely, then we will see God begin to turn things around in our country,” Warren said. —B.B.