Bob Skovgard plans to sing Christmas carols outside a Kettering, Ohio, abortion center this week like he has for nearly 25 years. But this year is different than others, he said, because Ohio finally passed a law protecting unborn babies with detectable heartbeats, even though a federal judge has temporarily blocked it.

State lawmakers are now considering a measure that recognizes unborn babies as human beings whose life begins at conception. The bill places abortion under statutes that regulate murder. If it becomes law, Ohio would become the most protective place in the nation for unborn babies.

“The fact that we have these initiatives and that it’s even possible to push them through in our state … it’s encouraging,” Skovgard said.

Pro-abortion advocates and some news outlets have said the new 720-page bill would force doctors to try to reimplant ectopic pregnancies, a practice that is so far impossible. An ectopic pregnancy occurs when an embryo implants outside the uterus, often in a fallopian tube or in the wrong part of the uterus, usually during the first trimester. It causes potentially fatal ruptures and hemorrhages for the mother. About 2 percent of pregnancies in the United States are ectopic.

On page 184 of the bill, it states that a physician is not subject to criminal prosecution if he or she “takes all possible steps” to preserve the life of an unborn child while preserving the life of the woman. It continues: “Such steps include, if applicable, attempting to reimplant an ectopic pregnancy into the woman’s uterus.”

The bill’s wording, using phrases such as “if applicable,” leaves room for scientific research and discovery that may one day allow doctors to perform such a surgery. Harrison noted that in 93 percent of ectopic pregnancies, the embryo has already died, and doctors are only removing tissue while saving the mother’s life. “If we could save the baby’s life, we would. … That is why research is so important,” she said.

Stephen Sammut, a professor and researcher at Franciscan University of Steubenville in Ohio, is conducting pre-clinical research using animal models in hopes of developing a surgical technique that could possibly save an ectopic pregnancy. In the meantime, the focus on that narrow aspect of the Ohio bill is ignoring the broader, bolder goal of the legislation: to acknowledge that a separate life exists in the womb and deserves protection.

“We are establishing that to abort an unborn child is an absolute moral wrong,” said Meg Wittman, director of Right to Life of Greater Cincinnati. “We know the time is now. … We represent the grassroots movement, and that movement wants to see abortion abolished, regardless of politics.”

So far, Ohio Right to Life, the state’s largest pro-life group, has not said whether it supports the new measure. “We are still analyzing the language of the bill,” Vice President Stephanie Ranade Krider said. “We will have to wait and see. … We prefer an incremental approach.”

For several years, Ohio Right to Life remained neutral on the state’s attempts to enact a heartbeat bill, stating it wanted to focus on legislation with the strongest chances to be upheld by the U.S. Supreme Court. But earlier this year, the group voiced support of the heartbeat bill as it became apparent Gov. Mike DeWine, a Republican, would sign it into law.

The number of surgical abortion centers in Ohio has dropped to six from 14 in 2013, according to Mark Harrington, president of the Ohio pro-life group Created Equal. Following nationwide trends, the number of abortions performed in the state has dropped by 9 percent in recent years.

Still, 20,000 unborn babies were aborted in Ohio last year, according to the Guttmacher Institute. For this reason, Skovgard, his wife Vivian, and others keep caroling outside the Kettering abortion center. During the hourlong Christmas for the Preborn service on Wednesday, they will mourn and honor unborn babies’ brief lives. They will pray for the abortionists, staff, and women coming in and out of the facility, knowing Christ’s light shines in our nation’s darkest corners. 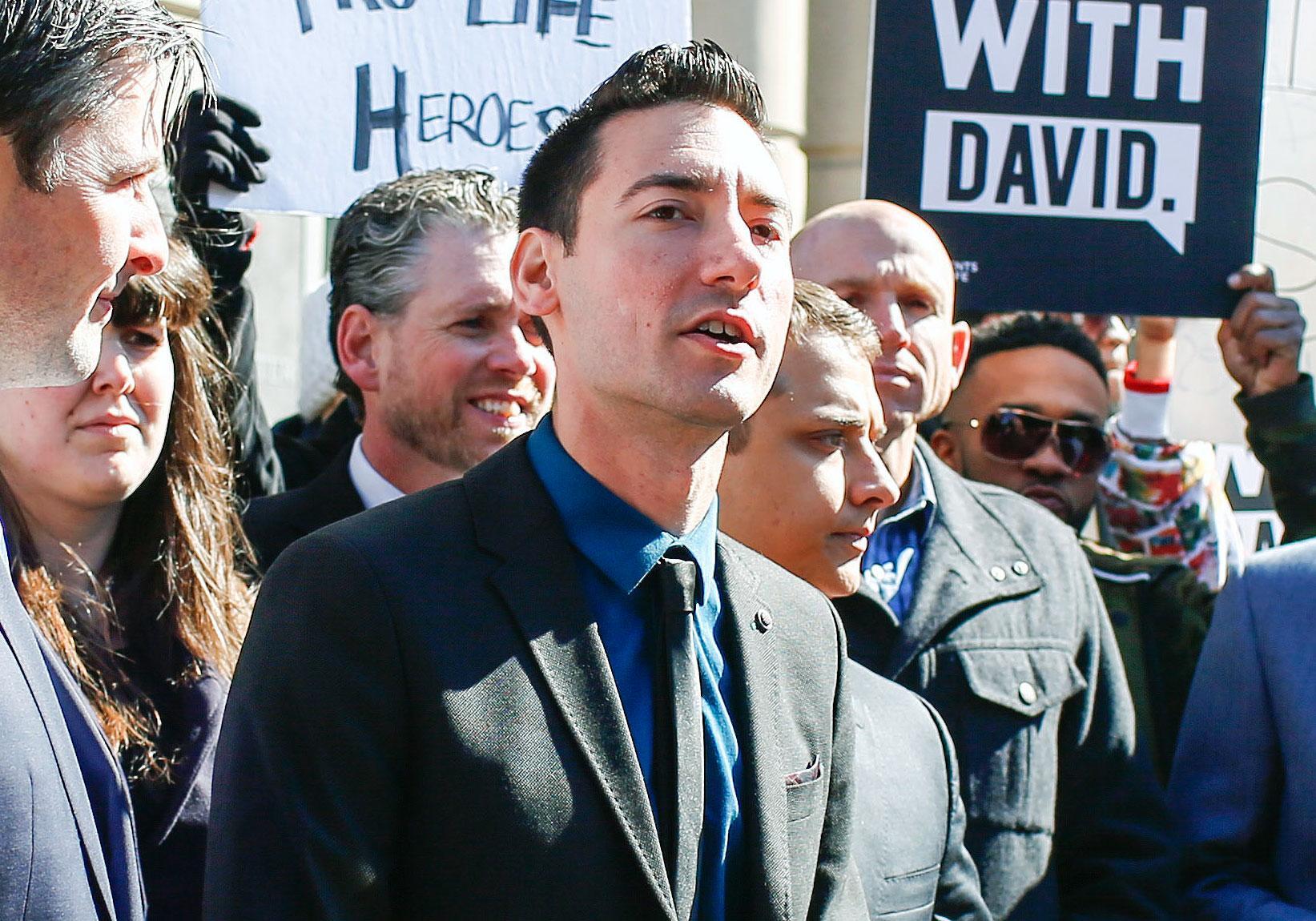 A California Superior Court judge on Friday dropped six of the state’s 15 felony counts against pro-life activists David Daleiden and Sandra Merritt. They will face trial on the nine remaining counts.

Daleiden and Merritt are fighting felony charges for surreptitiously recording Planned Parenthood abortionists, associates, and others involved in buying and selling fetal tissue. Daleiden called the felony counts bogus and politically motivated on Friday. He said he is confident the remaining charges will be dropped since the contested conversations occurred in public places: “The real criminals are the Planned Parenthood leadership who sold fetal body parts from late-term abortions and weaponized the justice system to cover it up.” The activists said they acted within the law as citizen journalists working to expose illegal activity.

Last month, the jury in a separate civil case against Daleiden and Merritt awarded Planned Parenthood $2.2 million under federal racketeering statutes, a ruling the pro-life activists are appealing.

The city of Westbrook, Texas, population 203, declared itself a “sanctuary for the unborn” and established an ordinance last week protecting babies from abortion.

Westbrook is the seventh city in the state to make that declaration, part of an initiative started this year by Right to Life of East Texas. In June, Waskom, Texas, was the first city to do so. Big Spring, a West Texas town of about 27,000, is set to discuss a sanctuary city ordinance this week.

The movement to establish sanctuary cities for the unborn has extended beyond Texas. Live Action News reported that other cities, including Springdale, Ark., and Riverton, Utah, have joined the effort.

The cities cannot enforce the ordinances while the U.S. Supreme Court’s 1973 Roe v. Wade decision, which led to the legalization of abortion nationwide, stands. But if the court overturned its ruling, abortionists in the towns would face criminal fines of up to $2,000 per aborted baby, retroactive to when the ordinance passed. The Westbrook ordinance allows family members of aborted babies to file lawsuits against abortionists. —M.J.