Ebola outbreak in Congo could spread

Insecurity and political climate raise the stakes in the health crisis

The World Health Organization warned the already deadly Ebola outbreak in the Democratic Republic of Congo could escalate to a regional crisis. WHO raised the risk level as health responders continued to operate in increasingly violent regions and battle misinformation within affected communities.

The country’s Ministry of Health on Aug. 1 declared a new Ebola outbreak in the northeastern provinces, which border Uganda, South Sudan, and Rwanda. As of Saturday, WHO reported 157 cases, including 102 deaths.

WHO in a statement said its response is at a “critical juncture” as attacks by armed groups persist in affected areas. On Sept. 22, the Allied Democratic Forces staged an attack in the city of Beni in North Kivu province—where WHO runs a base—and killed 21 people. On Sept. 24 in the town of Oicha in Ituri province, 12 miles north of Beni, local officials said the same armed group burned down houses, killed one man, and kidnapped 14 children. Oicha currently has two confirmed Ebola cases and one probable case.

“WHO response activities have been severely limited as Beni and other towns mark a period of mourning for those who were killed,” the organization said in a statement.

North Kivu and Ituri remain the epicenter of armed clashes and intercommunal unrest. The Norwegian Refugee Council said conflict in the regions caused nearly 750,000 people to flee within the first eight months of this year.

The United Nations Refugee Agency also raised alarm over the latest attacks, saying armed violence caused 13,000 people in Beni to flee their homes in August alone. An average of 200 refugees continue to cross daily into Uganda, which represents “only a tiny fraction” of the daily movement of traders and family visits between the two countries, the group said.

Peter Salama, WHO’s head of emergency response, told a news conference in Geneva that local politicians are exploiting people’s natural fear of the outbreak to sow doubt in the current administration ahead of elections in December: “We’re very concerned in the run-up to the elections projected for December that exploitation … will gather momentum and make it very difficult to root out the last cases of Ebola.”

The virus also continues to spread geographically as some families opt to care for sick relatives at home, while others leave health facilities to seek alternative care.

The outbreak reached closer to the Ugandan border after one woman who attended the burial of some Ebola victims refused vaccination in Beni and fled. She died on Sept. 20 at a hospital in Tshomia on bordering Lake Albert after seeking help from a traditional healer. WHO said the woman’s husband is now the second confirmed case in the town.

The health organization warned against trade or travel restrictions with Congo, and said it will continue to work with neighboring countries to ensure health authorities remain alert.

“As the risk of national and regional spread is very high, it is important for neighboring provinces and countries to enhance surveillance and preparedness activities,” WHO noted. 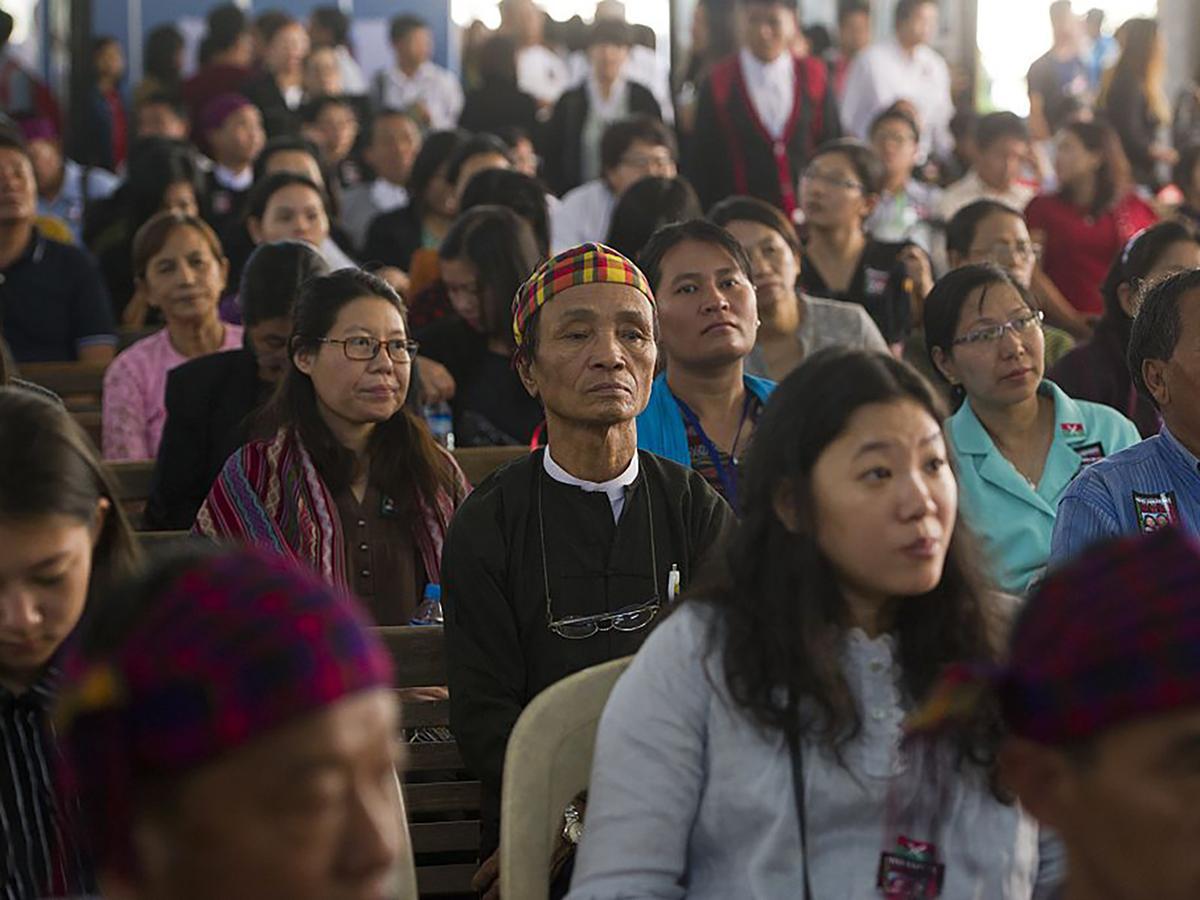 The world has focused attention and pressure on Myanmar over what many consider genocide against Rohingya Muslims, but other religious minorities are threatened on the opposite side of the country also known as Burma.

In Shan state, a region controlled by the China-backed United Wa State Army, Wa officials on and after Sept. 13 destroyed some Christian churches, detained Baptist pastors, and expelled Catholic leaders, UCA News reported. The crackdown is happening in towns near the Chinese border, and China’s influence is a suspected motivation.

“It appears that they are concerned about several churches [mostly Baptist] that had sprung up unofficially,” one priest told UCA News. “They are also checking whether schools might try to persuade people to convert to Christianity.”

Wa officials declared all churches built after 1992 illegal and slated them for demolition, banned new church construction and religious instruction in schools, and said priests and church leaders must be locals, not foreigners. 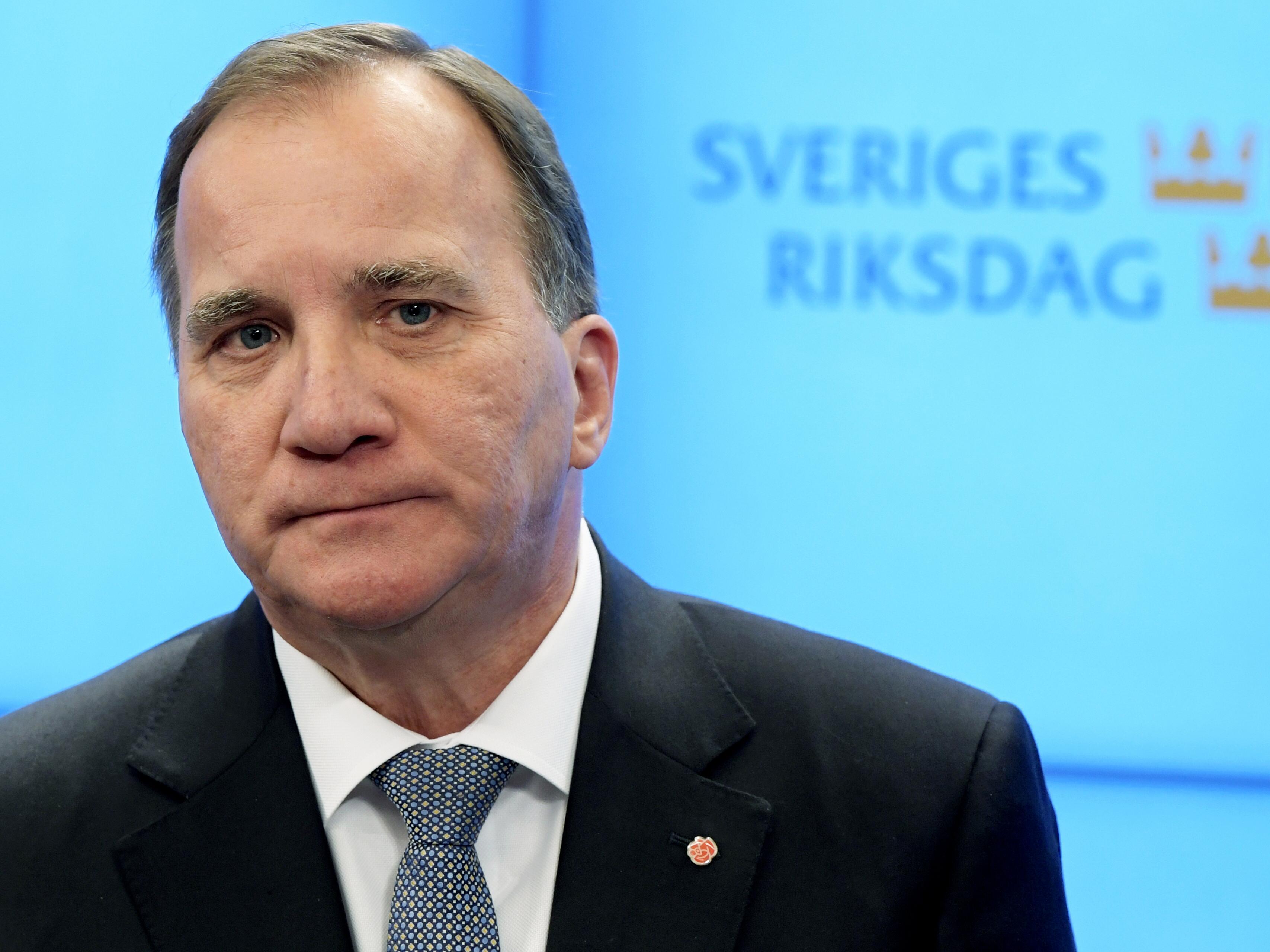 The Swedish Parliament voted out Prime Minister Stefan Lofven after an election earlier this month did not result in a majority parliamentary winner.

Lofven lost 204-142 but will continue in the role for now. Parliamentary Speaker Andreas Norlen gets four tries to form a new government or the country will hold new elections.

In the Sept. 9 vote, Lofven’s center-left Social Democrats won 144 seats in Parliament, while the center-right alliance secured 143 seats. The parties need a coalition to form a majority, but neither agreed to work with the anti-immigration Sweden Democrats, who won 62 parliamentary seats.

The Sweden Democrats’ success as the third-largest party reflects the continentwide growth of anti-immigration sentiments. In Slovenia, the anti-immigrant Slovenian Democratic Party won a June 3 election, but the country’s Parliament formed a minority government after the party could not form a coalition.

Italy’s new populist government, spearheaded by Interior Minister Matteo Salvini, has also taken a tough stance on migration. A new migration decree drafted by Salvini tightened the rules for obtaining a humanitarian permit and extended the time migrants can be detained to six months, among other measures. —O.O

The Indian government issued an executive order criminalizing the Muslim practice of allowing men to divorce their wives instantly after a draft bill failed to pass in August.

In 2017, India’s Constitutional Court ruled as unlawful the divorce practice that allowed Muslim men to divorce their wives after pronouncing “talaq”—the Arabic word for divorce—three times. The law allowed men to send the triple talaq through any medium, including text messages.

Following the court ruling, the government introduced a bill to scrap the practice, but the opposition—which holds majority seats in the upper house of Parliament—defeated the bill. The executive order will now allow victims to report their cases to the police, who will only grant bail to the accused after hearing from the wife.

Justice Minister Ravi Shankar Prasad said the government recorded 201 cases of triple talaq since the 2017 ruling. “In a secular country like India … gender justice was given the complete go-by,” he said.

Evan Atar Adaha, a South Sudanese surgeon who carries out about 58 surgeries each week for refugees, received the United Nations Nansen Refugee Award.

The United Nations Refugee Agency said Adaha received the award for his “outstanding commitment and self-sacrifice.”

Adaha’s team operates on refugees in the only hospital in South Sudan’s Upper Nile state, which is about the size of Switzerland. The doctor continued with surgeries despite a broken X-ray machine, unreliable generator sets, and a surgical theater with only one light. The Nansen award is usually given to those who offer assistance to displaced people.

“Through his tireless efforts, thousands of lives have been saved, and countless men, women, and children provided with a new chance to rebuild a future,” said Filippo Grandi, the UN High Commissioner for Refugees.

South Sudan’s deadly civil war began in 2013 after clashes between forces loyal to President Salva Kiir and his former deputy, Riek Machar. “When I realize the work I have done has saved somebody from suffering or saved a life, it makes me happy,” Adaha said. —O.O.