Dolphins off the coast of Western Australia are adapting to their environment much more quickly than the theory of evolution can account for. Over the past 15 years, researchers studying bottlenose dolphins in Shark Bay observed the animals engaging in a new hunting technique called shelling. The dolphins learned how to chase their prey into giant empty seashells, then pick up the shell with their beak and transport it to the water’s surface. They then nudge the shell above the water and shake it, dislodging the tasty treat hiding inside. The scientists published their study in Current Biology last month.

It was not the first time Shark Bay dolphins have impressed researchers by learning something new. Dolphins like to hunt for highly nutritious bottom-dwelling fish. But the rocks, broken pieces of shells, and bits of sharp coral that litter the seabed can gash a foraging dolphin’s beak. So the animals learned to rip a sponge from the ocean floor and fit it over their snout for protection as they nose around for hard-to-find prey, according to a study published in PLOS One in 2011.

Until now, scientists believed dolphins learned hunting skills only from their mothers. But in the most recent study, they observed 1,035 individual dolphins and noted, for the first time, that they learned the shelling technique from their peers and other close associates.

“These results were quite surprising, as dolphins tend to be conservative, with calves following a ‘do-as-mother-does’ strategy for learning foraging behaviors,” said Sonja Wild, who worked through the University of Leeds in England. She noted that observing peers allows dolphin populations to adapt to changing environments more quickly.

The researchers don’t know why the dolphins developed this new hunting behavior, but Wild said it may relate to a heatwave in 2011 that destroyed the seagrass habitat in Shark Bay. Many fish and invertebrates died, including the gastropods that live in the giant shells of the bay. Fewer prey and a greater abundance of empty shells may have motivated the dolphins to try this new method.

Contrary to Darwinists’ claims, the ability of these dolphins to develop a population-wide learning technique like shelling could not come about by accidental gene mutations and natural selection, said James J.S. Johnson, the chief academic officer for the Institute for Creation Research.

“These kinds of elegant mechanisms have to come into existence all at once, not bit-by-bit,” he wrote. “The evidence indicates creation by design, not gradual evolution by happenstance.” 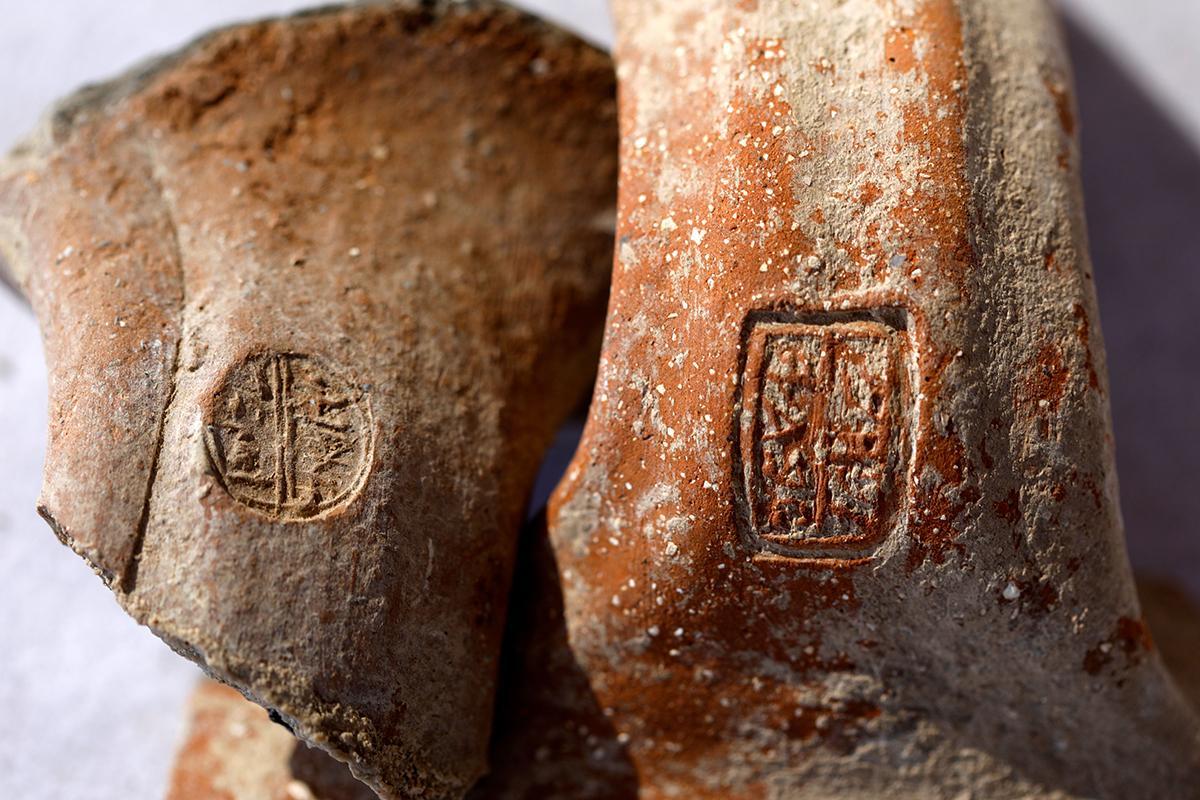 The researchers found the jars in an ancient storage facility apparently used to hold food King Hezekiah and his oldest son Manasseh collected as taxes, The Times of Israel reported. The Iron Age structure served as a governmental storage site for agricultural surplus, a distribution center for lean times, and a collection place for products like wine and olive oil.

Many of the seal impressions bear an image of the sun flanked by two or four wings. The words “Belonging to the King” are inscribed on top, and the name of one of four cities in Judah is engraved on the bottom. Three of the cities—Hebron, Ziph, and Socho—appear in the Bible, but the fourth, Mmst, remains unknown.

The excavation revealed the Jews continued to use the site after the Assyrian conquest but abandoned it in 586 B.C. when Babylon destroyed Jerusalem and sent them into exile. Governmental activity at the site resumed when a remnant of the Jews returned in 538 B.C.

For reasons that remain a mystery, after the Jews returned to Jerusalem, someone heaped a 65-foot-high hill of flint stones covering nearly 2 acres on top of the site. Another storage facility may lie in unexcavated parts of the hill.

“These artificial stone hills have been identified at several sites in Jerusalem and are a phenomenon of the end of the First Temple period and have aroused the curiosity and fascination of Jerusalem researchers since the beginning of archaeological research in the area,” the researchers said. —J.B. 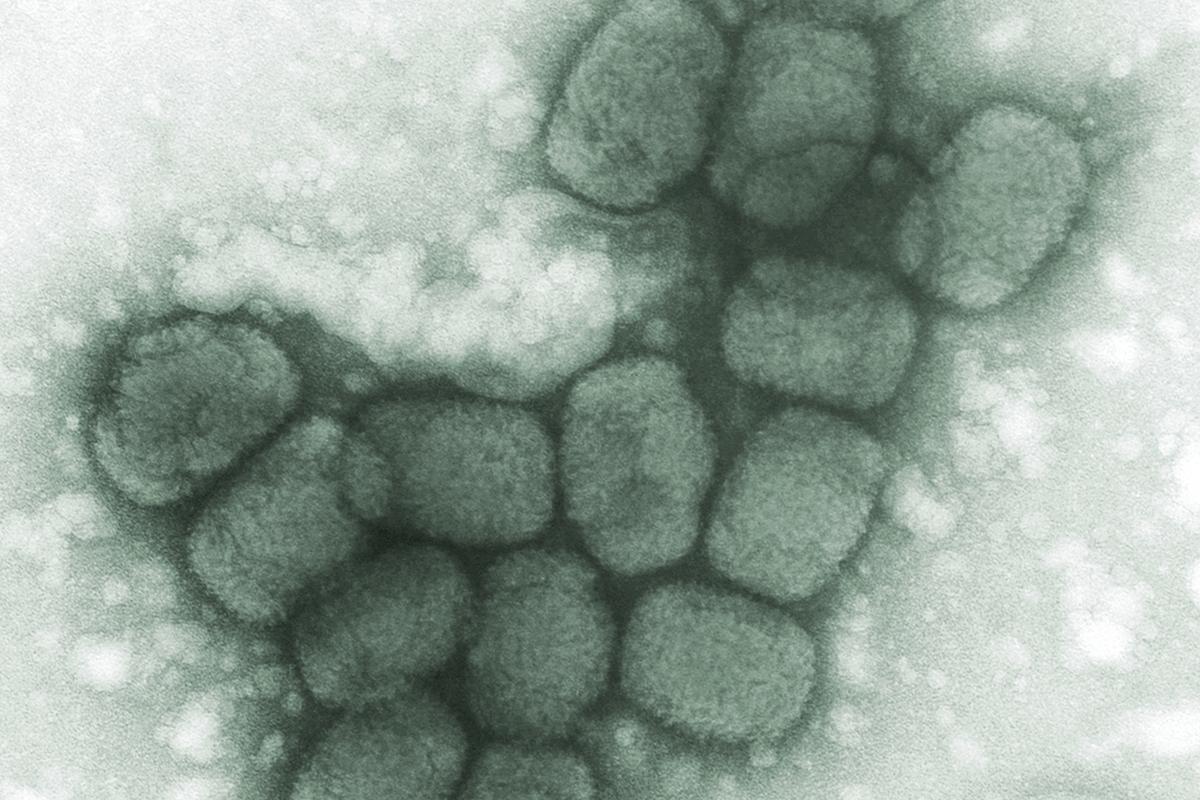 Pushing back the smallpox date

Until now, science had found no evidence of the illness earlier than the 17th century. Historians thought returning crusaders or other later events brought the disease to Europe. It appears that, like the virus that causes COVID-19, the smallpox virus originated in animals.

In a study published in Science last week, researchers sequenced the genomes of extinct strains of smallpox from the teeth of ancient Viking skeletons. The skeletons came from 11 Viking burial sites in Denmark, Norway, Russia, and the United Kingdom. The Vikings likely spread the disease as they traveled throughout Europe and beyond.

“While we don’t know for sure if these strains of smallpox were fatal and caused the death of the Vikings we sampled, they certainly died with smallpox in their bloodstream for us to be able to detect it up to 1,400 years later,” said Martin Sikora, one of the senior authors of the study.

Smallpox, which spread from person to person by infectious droplets, killed about 300 million people in the 20th century alone and left another 300 million permanently scarred or blind. The World Health Organization launched an eradication program in 1967 that included contact tracing and mass communication campaigns. In 1980, smallpox became the first human disease that health experts completely eradicated through a global vaccination effort. —J.B. 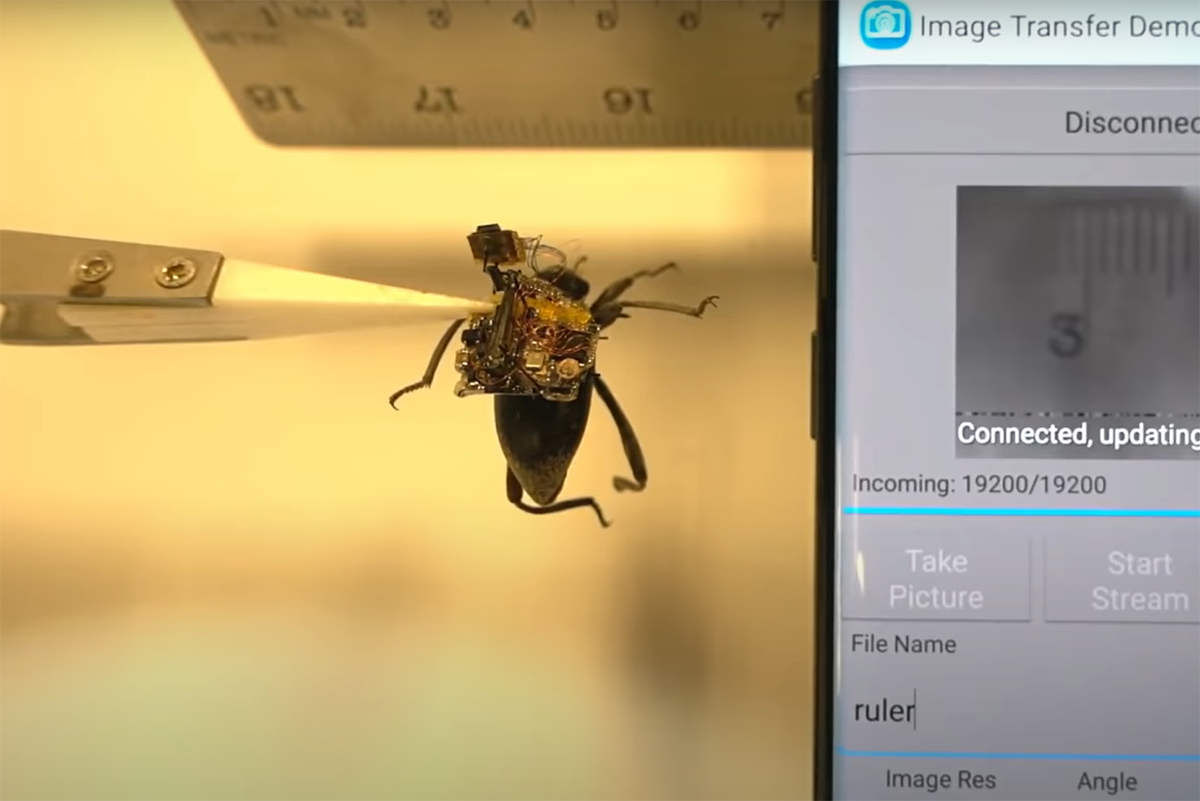 Like something out of a spy cartoon, researchers at the University of Washington have invented a tiny wireless camera that attached to the back of a beetle. The camera can stream video to a smartphone up to more than 130 yards away, about the length of a football field, they reported earlier this month in Science Robotics.

Vision requires a large percentage of a tiny insect’s brainpower, but some flies possess a specialized high-resolution area in only one region of their compound eyes. By turning its head, a fly can see through the high-resolution area when necessary. The rest of the time, it uses lower-resolution vision to conserve brain energy. “This saves power over having high resolution over their entire visual field,” said Sawyer Fuller, co-author of the study.

The researchers mimicked this feature on a beetle by placing a tiny, ultralow-power black-and-white camera on a mechanical arm that can pivot 60 degrees.

The arm allows the camera to sweep across the field of view and stream video to a smartphone at a speed of one to five frames per second, expending a minimal amount of energy.

“One advantage to being able to move the camera is that you can get a wide-angle view of what’s happening without consuming a huge amount of power,” one of the study’s co-lead authors, Vikram Iyer, said. The camera can capture a high-resolution panoramic shot or track a moving object.

The researchers also experimented with the camera system to create wireless vision for miniature robots, but they acknowledged this new technology will pose privacy risks. —J.B.