Doctors stand up to transgender ideology

André Van Mol, a family physician in Redding, Calif., said he watched as pressure to embrace transgender ideology in medicine “came up like a snowstorm seemingly out of nowhere, just in the past few years.” Endocrinologists, pediatricians, and other specialists suddenly found professional organizations supporting gender reassignment, while the federal government demanded that the U.S. healthcare system provide and pay for it.

A study published in October 2019 in the American Journal of Psychiatry purported to add scientific weight to the movement. Based on one of the world’s largest datasets to date, it concluded that transgender individuals who undergo sex-reassignment surgery showed significantly improved mental health. Many LGBT advocates promoted the research and used it to label those who do not support sex-reassignment surgery as anti-science.

But the journal began receiving an onslaught of letters criticizing the study and brought in outside consultants to reevaluate the statistics. They found the data analysis contained many serious errors. On Aug. 1, the journal published a correction, stating, “The results demonstrated no advantage of surgery in relation to subsequent mood or anxiety disorder-related health care visits or prescriptions or hospitalizations following suicide attempts.”

Mainstream media has stayed mostly silent about the correction. But Van Mol, who along with several of his colleagues wrote a letter to the journal, said it’s a step in the right direction. He hopes the revision leads to more clarity about the science of sexuality.

This revision carries particular significance because the research incorporated a large database and appeared in a prestigious journal. It claimed to offer crucial information to those considering surgery and parents facing pressure to seek cross-sex hormones and puberty blockers for their children with gender dysphoria.

The Trump administration has taken steps to slow the ideological onslaught. In June, the U.S. Department of Health and Human Services reversed an Obama-era rule defining “sex” as including gender identity in healthcare for non-discrimination purposes. The regulation mandated insurance companies must cover gender transition surgeries and doctors and nurses must carry them out despite conscientious objections. But on Monday, a federal judge in Brooklyn, N.Y., blocked the change, saying it likely wouldn’t hold up in court in the long term.

Van Mol serves as co-chairman of the American College of Pediatricians Committee on Adolescent Sexuality and the Christian Medical & Dental Association’s Transgender Task Force. He said more and more people on both sides of the political divide—and even many transgender adults—are beginning to agree that, at the very least, minors shouldn’t get sex-reassignment treatments. He and his colleagues hope this correction will cause “all involved—providers, hospitals, and insurance companies—to take a good, hard second look and understand that this should not be happening.” 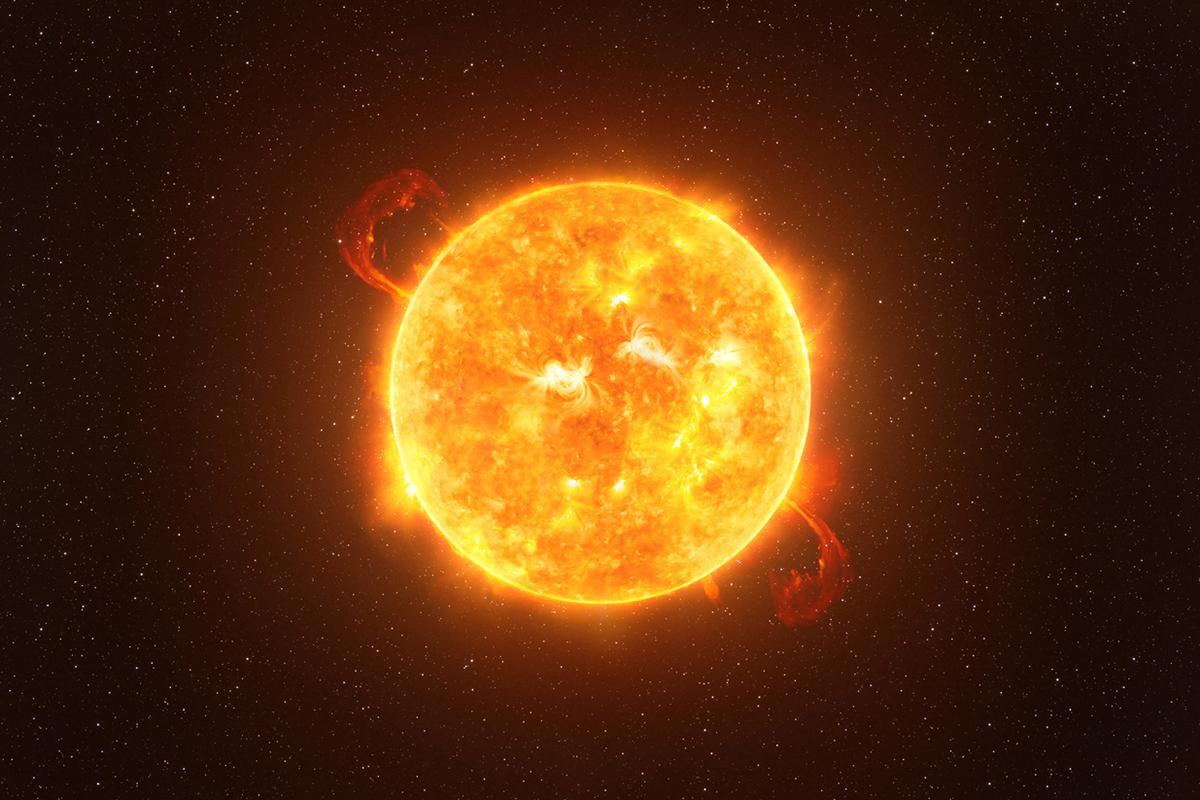 An illustration of Betelgeuse iStock.com/dzika_mrowka

Betelgeuse, the red supergiant star nearest to Earth, baffled astronomers last fall by dimming unexpectedly. The enormous star, an estimated 725 light-years away, regularly expands and contracts, resulting in brightening and fading on a 420-day cycle. But in October 2019, the celestial giant began to dim off schedule. By mid-February, it had lost more than two-thirds of its brightness. It returned to its normal luminosity in April.

The Hubble Space Telescope shed some light on the situation. Observations published on Aug. 13 in The Astrophysical Journal showed that Betelgeuse spewed an immense amount of material from its surface in September 2019. The material traveled more than 200,000 miles per hour, shooting through the star’s 20,000-degree-Fahrenheit atmosphere and into the colder area millions of miles from the star’s surface. When the material cooled, it formed a dust cloud that blocked about one-quarter of the star’s light.

Some astronomers think the sudden dimming could suggest Betelgeuse is headed toward supernova status, when a star’s life ends in a gigantic explosion.

“No one knows what a star does right before it goes supernova because it’s never been observed,” said Andrea Dupree, associate director of the Center for Astrophysics, who led the Hubble observations. “But the chance of the star going supernova anytime soon is pretty small.”

At the moment, Betelgeuse lies too close to our sun for Hubble to make further observations. But NASA’s Solar Terrestrial Relations Observatory showed that Betelgeuse dimmed again from mid-May to mid-July, though not as dramatically. Dupree will use Hubble to watch the star later this month or in early September. —J.B. 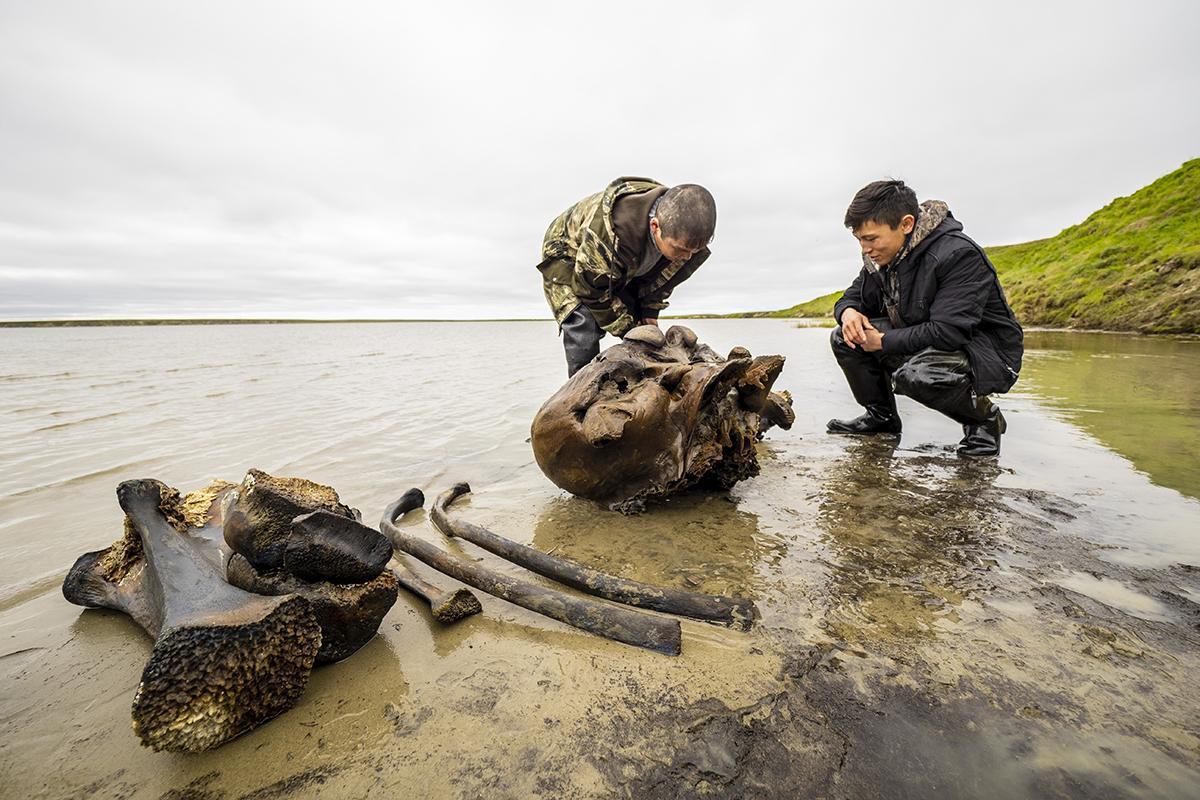 An illustration of Betelgeuse iStock.com/dzika_mrowka

A man following a reindeer herd in northwestern Siberia found more than he was looking for last month when he discovered the skull of a huge woolly mammoth peeking out of a lake.

Paleontologists managed to unearth most of the mammal’s skeleton, some soft tissues, wool, and a 2-inch piece of excrement called coprolite, Live Science reported.

“The coprolite was definitely left by this very mammoth,” Dmitry Frolov, head of the Arctic Research Centre, told The Siberian Times. “It is a very good find, as it can contain a lot of information about the mammoth’s diet, as well as pollen of ancient plants, and a lot more.”

The approximately 15-year-old male mammoth stood between 6.5 and 8 feet tall. Scientists don’t know how it died but don’t think humans killed it.

According to a 2017 study published in Current Biology, woolly mammoths lived in a matriarchal society and practiced sex segregation, leaving many young males alone. Without a family group or experienced bull to teach them, young or solitary males died more often than females by falling into holes, walking on thin ice, or getting trapped in mudflows.

This is the third woolly mammoth and the only adult uncovered on the Yamal peninsula. Scientists in 2007 discovered baby Lyuba, a 1-month-old calf. In 1988, a group unearthed a female that died between the ages of 1 and 3 months. —J.B.

Researchers have developed a blood test that may detect Alzheimer’s disease up to 20 years before the onset of cognitive impairment in people with a genetic predisposition to the illness, according to a large international study published on July 28 in the Journal of the American Medical Association.

The test requires more research, but scientists believe it could aid in the recognition, diagnosis, and support of patients in primary care settings within the next two years.

Alzheimer’s affects an estimated 5.8 million Americans age 65 and older. Experts predict the number of cases in the United States will reach nearly 14 million by 2050. An autopsy is currently the only way to diagnose the disease with certainty. —J.B.