Three medical experts are pushing back on the increasingly common practice of using puberty blockers on children and teens struggling with gender dysphoria.

Their report, published Tuesday in the journal The New Atlantis, sheds light on what it calls the “radical” and “experimental” practice of using puberty suppression hormones on children as young as 9.

Hruz, Mayer, and McHugh first point to a recent and dramatic increase in young people receiving treatment for gender identity issues. One of many examples they use: Gender Identity Development Service in the United Kingdom saw a 2,000 percent increase in referrals in seven years—from 94 children in 2009-2010 to 1,986 in 2016-2017.

While more and more gender-dysphoric children are getting treatment, the authors argue very little is known about the full spectrum of psychological and physical consequences stemming from puberty suppression and cross-sex hormone therapy.

While they often are pushed as a fully reversible, harmless, and cautionary treatment option, the reality, according to the authors, is that children, parents, and doctors are making decisions in scientific ignorance.

First, that the treatment is reversible. Puberty blockers are presented as a “let’s just hold off puberty” solution, meant to delay the development of the most prominent features of a child’s biological sex while the child wrestles with his or her gender identity. But Hruz, Mayer, and McHugh argue it remains unknown if regular sex-typical puberty will resume following suppression.

Indeed, “there are virtually no published reports, even case studies, of adolescents withdrawing from puberty-suppressing drugs and then resuming the normal pubertal development typical for their sex,” according to the authors.

Second, that the treatment is harmless.

Finally, that the treatment is cautionary.

The authors note the best, most-cited studies conclude most children with gender dysphoria come to embrace their birth sex. But Hruz, Mayer, and McHugh warn hormone therapy often solidifies a child’s gender dysphoria, driving him or her to persist in identifying as transgender, instead of allowing for the likely result: growing out of it.

“Gender identity for children is elastic (that is, it can change over time) and plastic (that is, it can be shaped by forces like parental approval and social conditions),” write the doctors, warning that if gender-affirming care causes children to continue identifying as the opposite sex, children will be exposed to hormonal and surgical interventions they otherwise would not need.

Instead of accepting hormone suppression without question, Hruz, Mayer, and McHugh instead recommend treating it like what it is: a radical experimental therapy carried out on children. 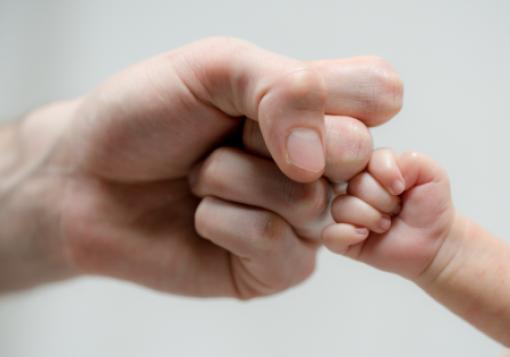 Men’s bodies were created to help them adjust to being less-aggressive, gentler fathers, according to a growing body of research on parenting and hormone levels. Studies have consistently shown that a woman’s hormone levels change during pregnancy and parenting. But new research into the hormonal effects of parenting on men shows surprising results.

A recent University of Michigan study found a crying infant can cause a dip in a father’s testosterone levels, making him more empathic and less aggressive when responding to his child. Researchers took saliva samples from men before and after seeing their infant in distress, and then later playing with their infant. They concluded a naturally occurring testosterone decrease helps dads to be more nurturing and sensitive, instead of frustrated and aggressive, as they calm and care for their infant.

Another study found men’s bodies prepare them for parenthood even before their babies are born. Looking at fathers’ saliva samples throughout their wife’s pregnancy, researchers found a dip in testosterone months before delivery, indicating “that biological changes are already underway as men prepare for fatherhood.”

“Fathers matter in their children’s lives,” concludes Brenda Volling, a researcher at the University of Michigan and co-author of the first study. “Their caring and nurturing, instruction and teaching, as well as financial support, influence children’s emotional health, social competence and cognitive development.” —K.C. 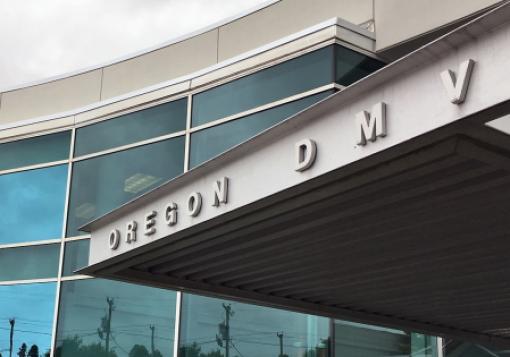 The new rule, passed unanimously on June 15 by the Oregon Transportation Commission, allows state residents to list their gender as “non specified.” Instead of M or F, an X will appear on driver’s licenses, learner’s permits, and identity cards. The rule takes effect July 3.

Advocates say the measure is intended to help individuals who identify their gender as non-binary or who do not want to have a gender identification. But critics argue government documents should reflect biological facts.

Other states are following suit.

The California state Senate voted 26-12 on May 31 to pass a bill adding a third gender to state IDs. The measure is now in the state Assembly. And this week, following the Oregon decision, lawmakers in New York and Washington, D.C., introduced legislation to add an “X” option for gender on government-issued IDs. —K.C.

This week, a pair of lawmakers worked to make it easier for foster children to find good homes. Reps. Terri Sewell, D-Ala., and Lloyd Smucker, R-Pa., drafted legislation to remove some of the red tape surrounding adoption and enable relatives to become foster parents. Research shows placing foster children in the home of a family member results in children spending less time in foster care, higher stability of placement, and continued benefits after exiting state custody. Some states still have outdated adoption policies that make it difficult for children to get placed with family members. In some parts of the country, authorities aren’t required to notify relatives when a child enters the foster care system. Other states can’t allow relatives to take in foster children because they can’t offer the child her own room—often a safety requirement. But Sewell and Smucker argue it’s better for a child to share a room with her cousin than have their own space in a stranger’s home. The legislation, which passed the House 382-19 on Tuesday, would direct the Department of Health and Human Services to modernize foster care licensing standards that states can use as a model to update their own standards to make it easier for foster children to get placed with a relative. — Evan Wilt

Last week, Canada passed a law criminalizing any kind of discrimination based on gender identity or gender expression. The measure, which adds legal protections to the Canadian Human Rights Act and the Criminal Code, passed Canada’s Senate 67-11 on June 15. Opponents argue the law mandates, among other things, the use of genderless pronouns upon request. Under the law, Canadians who refuse risk being charged with a hate crime, fined, jailed, or forced to attend anti-bias training. “Mark my words, this law will not be used as some sort of ‘shield’ to defend vulnerable transsexuals, but rather as a weapon with which to bludgeon people of faith and free-thinking Canadians who refuse to deny truth,” Jack Fonseca, senior political strategist for Campaign Life Coalition, told LifeSiteNews. The bill requires assent in the House of Commons to become law. —K.C.