New study discovers first-known offspring of Neanderthals and Denisovans, evidence of one humankind

DNA analysis of an ancient bone fragment, published last month in the journal Nature, concluded the fragment belonged to a 13-year-old girl with a Neanderthal mother and Denisovan father. Evolutionists generally consider Neanderthals and Denisovans to be two groups of ancient human relatives that share a common ancestor with modern humans, but who do not come from the same species, and who rarely, if ever, mated.

This fossil represents the first concrete proof that Neanderthals and Denisovans mated.

The researchers also found the mother’s DNA more closely matched the DNA of Neanderthals who lived in Western Europe than to those who lived near the Russian Denisova Cave, where archaeologists found the fossil, suggesting Neanderthals migrated between Western and Eastern Eurasia long before they became extinct. DNA analysis also revealed the girl’s Denisovan father had at least one Neanderthal ancestor in his family tree, further evidence that Denisovans and Neanderthals mated more than researchers previously believed.

And, apparently modern humans also mated with both Neanderthals and Denisovans: Today, Neanderthal DNA accounts for about 2 percent of the DNA from most Europeans and Asians, and 4 to 6 percent of the genomes of modern Melanesian groups in the Pacific Islands come from Denisovans.

The discovery that these two groups mated with each other astonished scientists who commonly believe that separate species cannot mate and produce offspring. “That sort of qualitatively transforms and changes our understanding of the world,” David Reich, a Harvard geneticist, told National Geographic.

But the analysis came as no surprise to creationists who have always considered Neanderthals and Denisovans part of the same species as modern humans. In a chapter of the 2016 book Searching for Adam: Genesis and the Truth About Man’s Origin, young earth creationist and anthropologist Marvin Lubenow concluded DNA, fossil, and anthropology records all support the “full humanity of the Neanderthals, our worthy ancestors.”

Ann Gauger, an intelligent design expert with Discovery Institute, agreed: “Evolutionary biologists like to split the human lineage into as many parts as they can. Hence they call these different species, when it is more fitting to call them different sub-groups.”

Based on the Genesis testimony, we know God created one human species, one humankind. Scientific discoveries like this one continue to affirm that truth. “From a Biblical perspective, [Neanderthals] were a post-Flood, Ice Age people, specializing in hunting the large, grazing animals that were abundant toward the end of the Ice Age and afterward," wrote Lubenow.

The fossil evidence does not point to an evolution of one human species into another human species, but instead a variety of characteristics among various human populations. 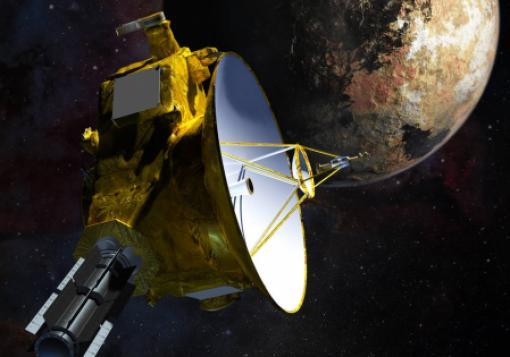 The hydrogen boundary of our solar system

The New Horizons space probe, which sailed past Pluto in 2015, likely detected a glowing wall of hydrogen at the edge of our solar system, according to a report last month.

Our sun’s solar wind propels streams of matter and energy far beyond the orbit of Pluto, but this wind loses strength as it races farther toward the edge of our solar system. Eventually, it can no longer push back the bits of dust and hydrogen coming at us from interstellar winds among the stars.

Scientists believe a wall of hydrogen builds up between the force of the solar wind and the force of interstellar winds. Now, New Horizons has detected extra ultraviolet light that could well be that wall, researchers reported in the journal Geophysical Research Letters.

The findings from New Horizons confirmed similar data gathered nearly 30 years ago by the Voyager spacecrafts. The observations by the probes hint that the ultraviolet light comes from something more than just hydrogen atoms in our solar system scattering the sun’s light. It also seems to come from a more distant source like interstellar wind, the researchers said. —J.B. 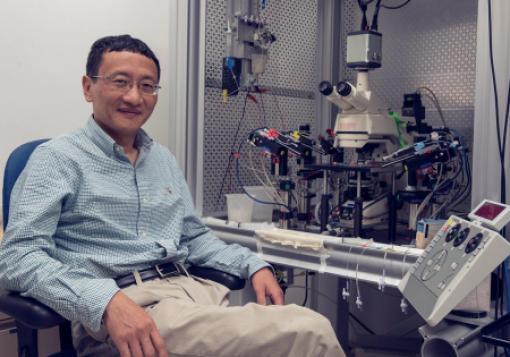 Meds without side effects

It is an unfortunate fact of medicine that most drugs valuable in treating various diseases and conditions also carry side effects, some merely annoying and others possibly fatal. But researchers at the University of Virginia School of Medicine have developed a potential way to design medications that are free of side effects.

Most drugs are designed to block the action of a particular molecule within a cell, but a molecule may perform different functions depending upon its location in the cell. When a medication blocks a molecule it not only blocks the molecule in the location causing the medical issue, but also in locations where it may be serving a highly beneficial role. “The problem with side effects is caused because you just could not distinguish the molecules doing different things in the same cell,” J.Julius Zhu, one of the researchers, said in a statement.

Completely shutting down a molecule to treat a medical problem is like turning off an appliance by shutting down all of the electricity to the home. The new technique allows researchers to manipulate molecules to see what functions they serve in various locations, allowing scientists to know which specific locations to target. —J.B.

Now, an animal study, published late last month in Science Translational Medicine, found a compound known as AT-121 provided non-addictive pain relief in monkeys at a strength 100 times that of morphine. Other monkeys that could self-administer a variety of drugs such as cocaine and oxycodone did not give themselves AT-121 any more often than they gave themselves saline, indicating that AT-121 does not excite the pleasure center of the brain like addictive drugs do.

The team plans to further evaluate the safety of AT-121 before moving to human clinical trials. —J.B.