Abortionists like to tout the safety of their procedures, for women if not for their babies. But reports detailing substandard health conditions at abortion centers across the country tell a different story.

Abortion isn’t safe for anyone, and initiatives by two pro-life groups aim to raise awareness of abortionists’ disregard for even basic healthcare standards.

A new website targeted toward women searching for nearby abortion centers displays state health reports detailing deficiencies: improperly labeled anesthesia and medications, failure to obtain consent for procedures, failure to report suspected abuse of minors, and failure to follow up on cases of major complications, including one instance of a patient with a perforated uterus.

Abby Johnson, a former Planned Parenthood manager who now leads pro-life group And Then There Were None, told me she hopes the site will dispel the idea that abortion centers are safe.

“In order for an abortion to be successful, an individual human being must be killed, so that can never be safe,” Johnson said, adding women should never consider the abortion industry their “go-to” for health-related advice. “That should not be the first place that they turn when they’re in a crisis pregnancy, because they truly do not have the health and safety of women listed as a priority, as you can see through all of these violations.”

The health and safety violations found in abortion centers are part of a nationwide “systemic problem,” Johnson added.

Many states require routine inspections of abortion centers and reports of any health and safety violations found. These reports often include a plan of correction for the abortion center and a follow-up visit from a health inspector the same year.

But some states don’t require inspection reports, a lapse that prompted Americans United for Life (AUL) to promote legislation putting those rules in place.

In a 2016 report titled Unsafe, AUL cited 1,400 health and safety violations at abortion centers across the country during an eight-year period. That data has served as the backdrop to AUL’s current push for better reporting legislation, lead counsel Deanna Wallace told me.

“I think [the report] has been a really good resource to show people, especially pro-choice people, just exactly why it’s important to have health and safety regulations in the first place, why they need to be inspected,” Wallace said.

Her group is watching the progress of an Indiana bill based on AUL’s model legislation, which would require annual inspections of abortion centers and require doctors to report any complications that arise from abortions. It also updates the state’s safe haven law regarding babies left at fire stations and hospitals. Both the state House and Senate passed the bill by wide margins, with the Senate sending it back to the House with amendments on Thursday.

Reporting requirements are good, Johnson said, but they can go unenforced, one reason her group wants to raise awareness for how unsafe abortion centers really are.

“We cannot wait for legislators to do this work,” she said. “We can’t wait for legislators to close these clinics down. We can’t wait for state agencies to close them down. We have to start informing women about what is going on inside these clinics so they can make informed decisions about the facilities they are walking into. Our hope is that they’ll come to our site and see that there is no such thing as a safe abortion provider … and hopefully make a choice for life.” 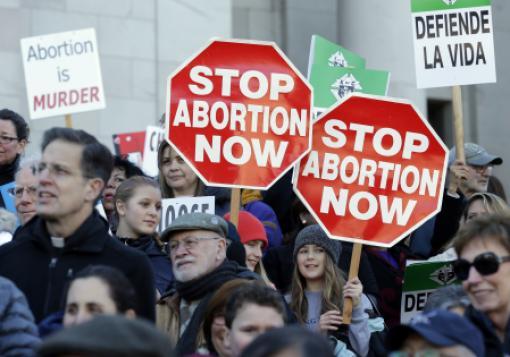 Pro-life bills in state legislatures across the country continue to make headway.

Idaho’s legislature is considering a bill that would require informed consent for abortions to include information about the reversal process for chemical abortions. The state Senate passed it 29-6, and the House State Affairs committee scheduled a hearing for the bill Wednesday.

The Iowa Senate approved a bill that would ban abortions after a fetal heartbeat is detected, just a few weeks into pregnancy. Abortionists who violate the law could face felony charges, but women seeking an abortion would not face penalties.

Florida’s House passed a dismemberment abortion ban with a 72-42 vote last week, sending the bill to the Senate. Under the measure, abortionists would have to stop the baby’s heart before removing the body from the womb piece by piece. The bill would make dismemberment abortion a felony for abortionists but not for women. “Let us remind ourselves of our humanity and make sure we do not tear a child apart in the womb just because they cannot articulate their pain,” state Rep. Erin Grall said.

Amid the legislative wins, pro-lifers suffered one setback this year: U.S. District Judge David Ezra ruled in late January to keep an injunction against a new Texas law requiring the burial or cremation of fetal remains. —S.G. 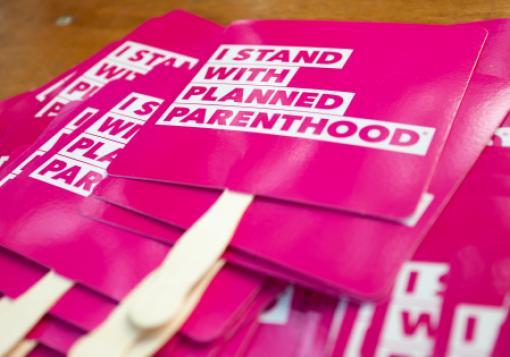 Deirdre Schifeling, director of Planned Parenthood Action Fund, said the group’s message to pro-life candidates is, “We’re voting you out in 2018.” The political arm of the nation’s largest abortion provider plans to use TV advertisements as well as mail and canvassing.

Meanwhile, Students for Life is organizing its own tour to try to convince U.S. senators from West Virginia, Ohio, Pennsylvania, Indiana, and Kentucky to defund Planned Parenthood. The group’s president, Kristan Hawkins, said its campaign is “even more significant” since Planned Parenthood announced its bid to put abortion-supporters in office. “We don’t need Planned Parenthood, but with fewer women choosing them all the time, they sure need our money,” Hawkins said. —S.G.

An unaccompanied, pregnant teen immigrant, referred to as Jane Doe in court documents, sought an abortion earlier this year with the help of two pro-abortion lawyers but now says she wants neither the abortion nor representation by Rochelle and Myles Garza.

According to a notice of removal filed last month, Doe wrote and signed two statements saying she was “made” to sign a form requesting the couple’s representation, “and that she no longer wants to receive further assistance from them, and does not want to obtain an abortion.”

Last week, an appeals court ordered a hearing over the disagreement between Doe’s lawyers and the government. The American Civil Liberties Union has been fighting the Trump administration since last year to obtain abortions for unaccompanied minors caught crossing the U.S. border. Four teens—another Jane Doe, Jane Roe, Jane Poe, and Jane Moe—sought abortions while in federal custody. —S.G.