Disaster on top of disaster

Residents of Guayanilla, Puerto Rico, in a makeshift shelter on Jan. 10 Associated Press/Photo by Carlos Giusti

Puerto Rico is still trembling after a 6.4 magnitude earthquake hit the island last week, pounding the southwestern coast. Since the final days of 2019, more than 40 quakes have shaken the island, severely damaging its infrastructure, knocking out power, and driving over 2,000 people to shelters. The first quake resulted in the death of one elderly man and injured at least eight other people.

“In some ways, this is worse than Hurricane Maria,” said the Rev. Enrique Camacho, executive director of Caritas of Puerto Rico. Caritas is a nonprofit organization affiliated with Catholic Charities USA. “After the hurricane is over, you could be in shelter or your home or family’s home.”

He said now in addition to those in shelters, more than 8,000 people are sleeping outside in tents, parks, and cars. Some have lost homes, and others are afraid of their homes collapsing on them.

Amid this disaster came the news Wednesday that the Trump administration was releasing billions of dollars in aid to Puerto Rico after delaying it for months. Congress allocated the funds for rebuilding the island following the devastation of Hurricane Maria in 2017. They add up to more than $8 billion from the Department of Housing and Urban Development’s (HUD) disaster recovery fund.

Congress approved about $20 billion in funding for long-term rebuilding of the island’s infrastructure. Of that, HUD distributed only around $1.5 billion in 2018, despite a congressional deadline to hand out at least $8.2 billion by September 2019. The delay infuriated Democrats and led to partisan clashes between Capitol Hill and the White House.

Earlier this week, more than 40 lawmakers sent a letter to HUD Secretary Ben Carson requesting to meet with him over the delay.

To explain the hold, the administration cited concerns about mismanagement and corruption by the island’s politicians. A HUD official said the island has only spent $5.8 million of the $1.5 billion it received from Washington. The island also had massive debt prior to the 2017 hurricanes. Public frustration with the economy and other scandals forced Puerto Rican Gov. Ricardo Rosselló to resign last August.

The administration placed new restrictions on the hurricane recovery use of the funds it just released to Puerto Rico, which are separate from an emergency declaration by the president to unlock additional earthquake aid. HUD also appointed a federal financial monitor to track the disbursements. One restriction prevents officials from putting the funds toward repairing the electrical grid. Officials will also have to submit a budget plan to the government’s fiscal control board, which must track spending.

Camacho said the aid hold-up, bureaucratic mismanagement, and partisan squabbling in Washington left residents suffering. Caritas is still helping to rebuild the homes of people who lost property in Hurricane Maria, some of whom have also suffered from the earthquakes. Camacho said he recently spent five days in Guanica, one of the most affected towns. Many houses there still have tarps for roofs.

“The truth is the funds were too slow,” he said. “There was not enough to cover the needs. … There are still thousands of houses affected.”

The slow recovery from Maria led to an exodus of young professionals from the island, leaving behind more of the elderly and infirm with fewer people to take care of them, Camacho said. Their needs present even greater challenges to ministries trying to help with earthquake recovery.

“If the president does not trust government [of Puerto Rico], he should provide funds to nonprofits, like us, the Red Cross, the Salvation Army,” Camacho said. “Or else, send someone to Puerto Rico from his administration and monitor whoever. … But the most important is to give it to the people.”

It is unclear when the newly released recovery funds will reach the island. HUD first must publish a Federal Register notice that will provide a roadmap for Puerto Rico on how it can use the money. 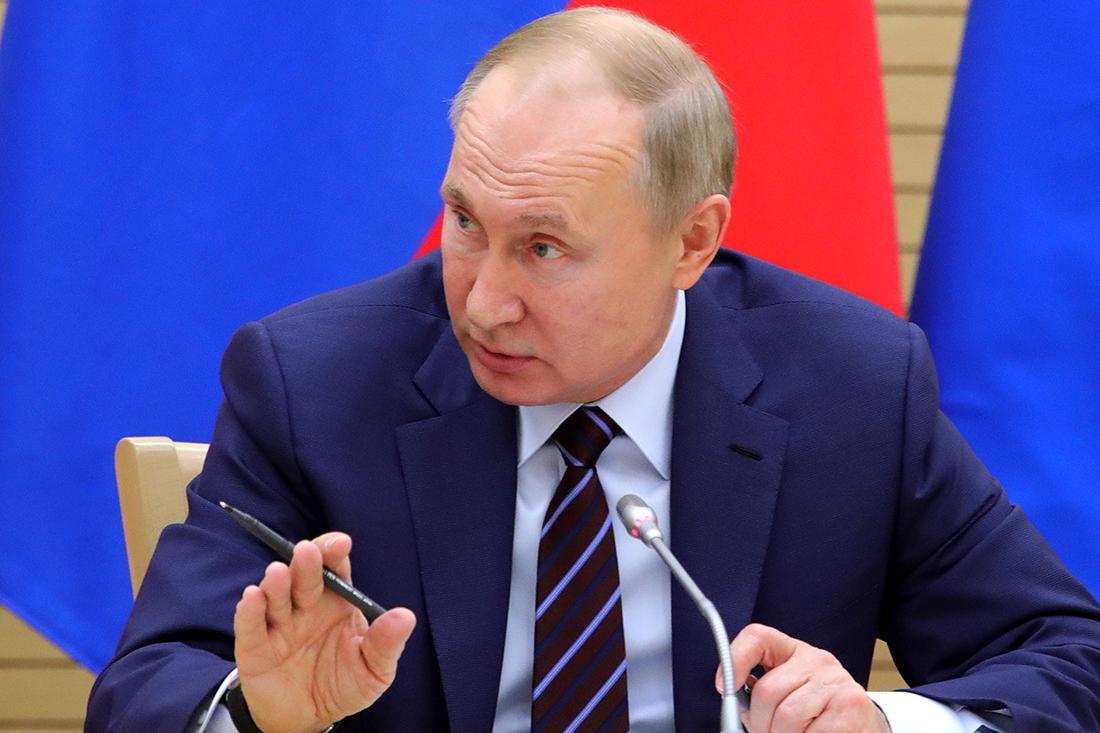 Russian military hackers in November successfully broke into the Ukrainian gas company entangled in President Donald Trump’s impeachment, according to the U.S. cybersecurity experts who discovered the hack.

Former Vice President Joe Biden’s son Hunter served on the board of the company Burisma until last year. In July, Trump brought up the family’s ties to the country in a phone call with Ukraine’s president. Because the administration was withholding congressionally appropriated aid at the time, Democrats accused the president of a pressure campaign and opened the investigation that led to his impeachment.

The Kremlin has a long history of meddling in Ukrainian affairs, both explicitly and behind the scenes. Now, Russia appears to be wading into impeachment politics. Hackers connected to the Russian government previously infiltrated the Democratic National Committee and stole emails about Hillary Clinton’s presidential campaign in 2016.

It is not yet clear what data hackers may have extracted or if they found any politically damaging information.

“Our report doesn’t make any claims as to what the intent of the hackers were, what they might have been looking for, what they are going to do with their success,” said Area 1 CEO Oren Falkowitz. “We just point out that this is a campaign that’s going on.” —H.P. 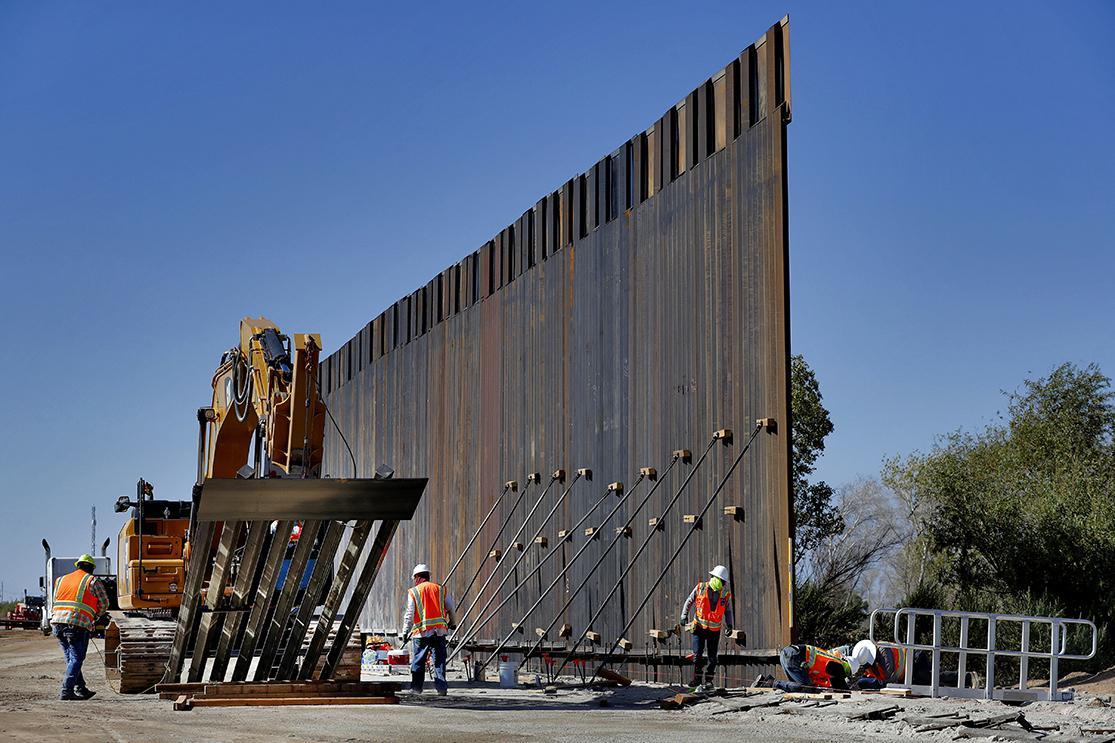 The White House is planning to use $7.2 billion from the Pentagon’s budget for construction along the U.S.-Mexico border in 2020. The Washington Post reported the plan Monday, noting the administration has completed 101 miles of new fencing.

Last year, President Donald Trump used a national emergency declaration to divert about $2.5 billion in funds from counternarcotics enforcement for the wall. This year, the administration will take about $3.5 billion from similar programs. The Department of Defense will give up an additional $3.7 billion set aside for military construction projects.

Last week, judges from the 5th U.S. Circuit Court of Appeals lifted an injunction that had barred the administration from using $3.6 billion diverted in 2019 from military construction projects for the wall. The funds had come under challenge because Congress had authorized them for other uses. About 130 military construction projects were suspended or delayed because of the diversions, according to The New York Times.

At an event last week in Yuma, Ariz., Chad Wolf, acting homeland security secretary, said the administration plans to complete 400-450 miles of fencing by the end of 2020. The figure includes barriers currently under construction. —H.P. 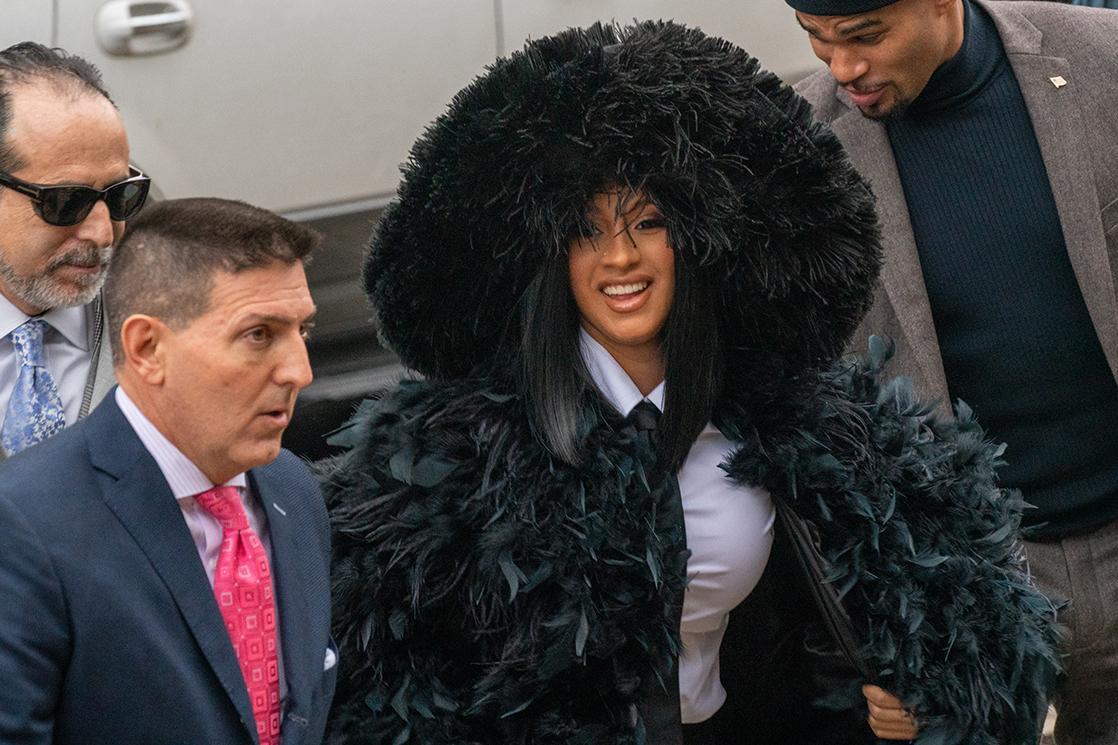 Rapper Cardi B, whose real name is Belcalis Almanzar, expressed interest in running for Congress. “I think I want to be a politician,” she tweeted to her more than 8 million followers over the weekend. “I really love government even tho I don’t agree with Government,” she said.

She later tweeted she thinks she would need to go back to school and focus to get to Congress, because she has “sooo much ideas that make sense.”

The 27-year-old rapper has spoken out about political issues in the past couple of years, including criticizing President Donald Trump, expressing concerns about taxes and police brutality, and praising former President Franklin D. Roosevelt.

It’s unclear whether she would mount a statewide campaign or try to challenge Rep. Barry Loudermilk, R-Ga., who represents the district where she currently lives.

Either way, she already claimed an endorsement from Sen. Bernie Sanders, I-Vt. The Democratic presidential contender told TMZ that the rapper “knows what it’s like to live in poverty and struggle, and it would be great for her to bring that experience in politics.”

We got a bartender who thinks she knows when the world will end.

We got a Muslim who is anti-Jews and anti-America.

And we got a liahontas who promises to get rid of private and charter schools.

Israel is having fewer problems since they built a wall.

We should at least be given a fighting chance against being overrun.