A Trump administration plan to merge the Education and Labor departments is just one part of a larger governmental overhaul proposal. But it’s getting almost all the attention, in part because the two agencies are among the federal government’s largest.

When Mick Mulvaney, director of the Office of Management and Budget, unveiled the Reform and Reorganization Plan late last month, he said no one could even figure out how many overlapping workforce development programs the two departments had. One estimate put the number at 45, another at 46 or 47. Either way, that’s too many, Mulvaney told President Donald Trump during the public portion of a much-anticipated Cabinet meeting.

Mulvaney proposed combining the departments into one new agency, the Department of Education and the Workforce (DEW). Although such a merger makes a lot of sense, especially given the current focus on developing practical, job-ready skills, few analysts believe it could ever happen.

Congress would have to approve such a major overhaul, and lawmakers have too much vested in existing programs to support nixing any of them, said Rick Hess, an education policy expert at the American Enterprise Institute.

That’s how we got the bureaucratic bloat we have now, and that’s what will keep any federal reduction plan at bay. The House Oversight and Government Reform Committee held a hearing on the restructuring proposal just six days after Mulvaney unveiled it. Republicans praised the effort, but Democrats immediately focused on what it would do to federal workers.

“One of my major concerns is that this is not just an effort to do more harm to federal employees,” said Rep. Elijah Cummings, D-Md. “I think they have given over and over again. Whenever folk want to get extra money for something, or they need something, they go after federal employees, and it concerns me greatly.”

“Something like 60 percent of our existing federal workforce is eligible to retire within 10 years,” she told lawmakers. “Forty percent within three years. So, what we don’t have is a challenge of too many federal workers to deliver the mission. What we do have is a skills alignment challenge and opportunity.”

Education Secretary Betsy DeVos has already taken advantage of that opportunity by cutting her department’s workforce by about 13 percent, saving taxpayers between $40 million and $50 million. That’s the kind of practical government streamlining the Trump administration should tout, Hess said.

“Frankly it seems to me that if the White House is serious about its agenda, it would spend more time explaining why this kind of downsizing is sensible than coming up with ambitious press releases that aren’t going to go anywhere,” he said. “When I look at this, it seems much more about issuing a dramatic statement about something, rather than doing the hard work of governing.” 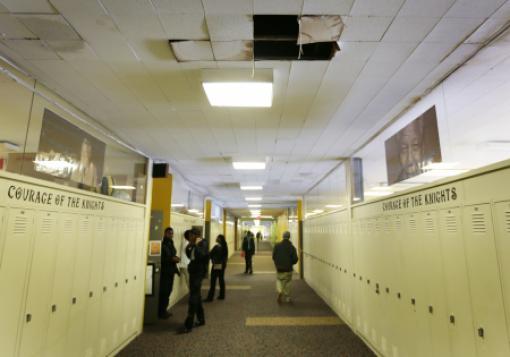 Detroit students sue over their ‘right’ to education

The judge ruled that there is no justification for claiming education as a legal right. The students claimed their schools—some of the lowest-ranked in the state—are “schools in name only, characterized by slum-like conditions and lacking the most basic educational opportunities.”

The students, who range in age from 9 to 18 and are African-American or Hispanic, reported vermin infestations, contaminated drinking water, outdated textbooks, and ceiling tiles falling during class time. They said the state would not tolerate such conditions at schools found in predominantly white communities and that the schools are irreparably damaging children by depriving them of their constitutional right of access to literacy.

But state education officials called the case an attack on democracy. Michigan Assistant Attorney General Timothy J. Haynes wrote a motion to dismiss the suit, saying the students were asking the court to dictate educational policy across the entire United States: “Such a path would effectively supersede democratic control by voters and the judgment of parents, allowing state and federal courts to peer over the shoulders of teachers and administrators and substitute court judgment for the professional judgment of educators.” 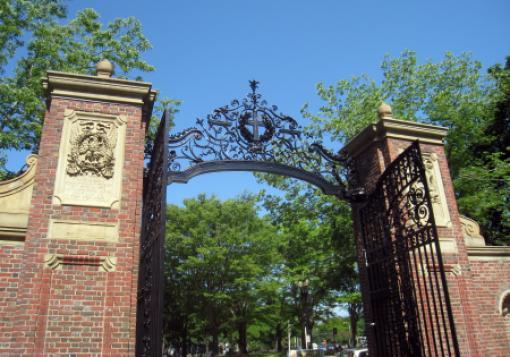 Harvard University is fighting efforts to unveil more of its admissions process, arguing the information would reveal what amounts to trade secrets. Asian-American students suing the Ivy League school over bias claims say the documents will reveal shocking details about how it treats those applicants. Lawyers have requested internal communications, statistics on accepted students, and a “dean’s interest list.” Industry experts say the documents could reflect poorly on Harvard, which maintains it has a right to create a diverse student body. Previously released documents in the case show Asian-American applicants routinely get low scores in the personal characteristics category, one factor the admissions committee considers when reviewing candidates. —L.J. 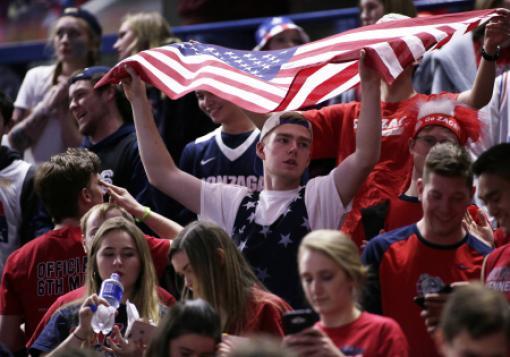 Land of the disenchanted

Patriotism peaked in 2003, with 70 percent of Americans claiming pride in their homeland. —L.J.

Busy moms can file this under news they can use, if they have extra cash lying around. Parents who hate packing school lunches but don’t want to buy a hot lunch at school are increasingly turning to delivery services to feed their kids. If they don’t want their students to have typical restaurant food, or if the school doesn’t allow for deliveries, parents can turn to businesses that make sack lunches and drop them off at home before the kids catch the bus. —L.J.

This is the first I've heard about these details abot the DEW plans. I like it even more. Elijah Cummings is against it so it must be good. I'm from MD and I know what I'm talking about.

Detroit students sue over their ‘right’ to education:

Is this the first thing these students have done to rectify this horrendous situation?  Have they petitioned the school board? Reported it to the state health department? Or do they think that the first thing one does in a case like this is to go to the feds?