Sex reassignment surgeries in the United States rose nearly 20 percent from 2015 to 2016, according to data released this week by the American Society of Plastic Surgeons (ASPS).

The rise is the first ever report from the ASPS on the number of sex change surgeries performed in the United States. The report found that ASPS member surgeons performed more than 3,200 surgeries, including facial and body contouring as well as genital reconstruction, on patients in 2016, a 19 percent jump from the year before.

Male-to-female and female-to-male surgeries both increased, climbing 27 and 10 percent, respectively.

The report refers to the procedures as “gender confirmation surgeries,” a term the ASPS endorses over “sex reassignment,” “gender reassignment,” or “sex change” surgeries.

“In the past several years, the number of transgender patients I’ve seen has grown exponentially,” said Loren Schechter, a plastic surgeon based in Chicago who has been doing sex reassignment surgeries for more than 15 years.

“The barriers were hospitals,” Schechter told The Chicago Tribune. “It was extremely difficult to get hospitals to agree. Some for financial reasons, some were faith-based institutions, some we never got clear-cut answers, they just said ‘No.’ At the time, many people had to leave the country for surgery. Then the winds started to change.”

Last May, the Obama administration ruled it was discriminatory to categorically refuse coverage or limit coverage for health care services related to gender transition. The ruling also stated that providers could not deny or limit treatment for a health service usually provided for one gender, such as breast augmentation, to a person of another gender.

A group of doctors, hospitals and states filed a lawsuit against the mandate in August 2016, stating the ruling forced doctors to perform sex reassignment surgery on children despite conscience objections to the value of the surgery. In December 2016 a district court in Texas struck down that requirement.

A growing number of states are requiring coverage for transgender medication and procedures.

Twelve states and the District of Columbia have passed laws either banning insurance exclusions for transgender treatments or providing transgender benefits for state employees, or both.

Roughly one-third of transgender individuals say they have undergone some gender transition–related surgery, Sarah McBride, a press secretary for the LGBT advocacy group Human Rights Campaign, told Business Insider. McBride said surgeries can cost as much as $20,000 to $30,000 out of pocket, depending on insurance coverage.

Fewer than 100 board-certified plastic surgeons in 11 states do sex reassignment procedures. Alan Matarasso, incoming president-elect for the ASPS, told The Chicago Tribune he expects that number to double in the next five years.

Others say the demand for surgery may decrease as younger children and teens are encouraged to take puberty blockers, suppressing the development of secondary sexual characteristics like facial features or hair growth. A pediatric endocrinologist in Boston recently published an article recommending boys who identify as transgender start taking puberty blockers between ages 12 and 14, and girls between ages 10 and 12. 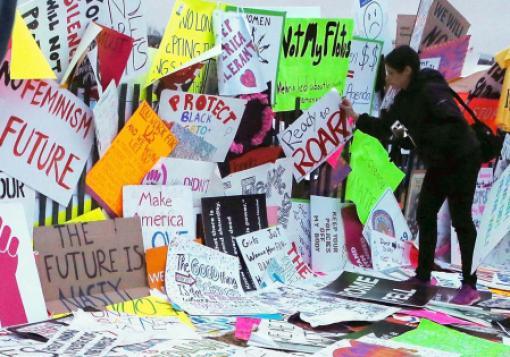 A record number of Americans have liberal views of basic moral issues, according to an annual Gallup poll published earlier this month.

Gallup’s Values and Beliefs poll looked at Americans’ views on 19 moral issues. This year, U.S. adults’ views on eight of them—birth control, divorce, sex between unmarried people, gay or lesbian relations, having a baby outside of marriage, physician-assisted suicide, pornography, and polygamy—tied record highs or set new ones.

At least two-thirds of Americans believe birth control, divorce, and sex between unmarried people are OK.

A record low percentage of Americans said the death penalty and medical testing on animals were morally acceptable.

Of the 19 total issues, 13 have shown significant change in a liberal direction since the poll started in 2001. Six issues, including extramarital affairs, gambling, and abortion, have essentially shown no change. None have shown a meaningful change toward a more traditional view. —K.C. 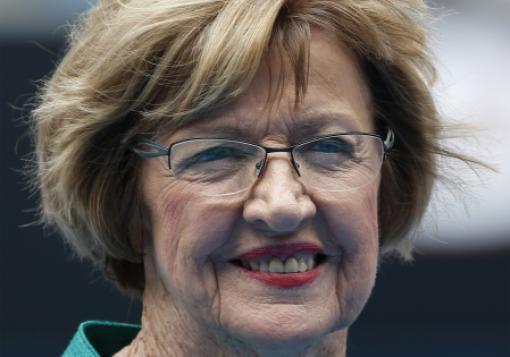 Former tennis great Margaret Court, 74, announced yesterday she would no longer fly Qantas in protest of the airline’s promotion of same-sex marriage.

“I believe in marriage as a union between a man and a woman as stated in the Bible,” Court wrote in an open letter published by The West Australian newspaper. “Your statement leaves me no option but to use other airlines where possible for my extensive traveling.”

Court is the senior pastor at Perth’s Victory Life Centre church and has been an open supporter of Biblical marriage for decades. She promoted Qantas throughout her tennis career, during which she never lost a match while representing Australia. Court still holds the record for the most Grand Slam singles titles. —K.C.

Last week, a federal judge allowed a lawsuit to proceed alleging the Americans with Disabilities Act (ADA) applies to gender dysphoria. The decision affirms the right of transgender individuals to sue for workplace discrimination due to gender dysphoria, or the distress caused by a conflict between a person’s biological gender and gender identity. The plaintiff in the case, Kate Lynn Blatt, sued outdoor retailer Cabela’s for requiring Blatt to use the men’s restrooms.

U.S. District Judge Joseph Leeson decided that a prior exclusion in the ADA for gender identity disorders was unlawful, and ruled that gender dysphoria is not simply identifying with another gender, but a debilitating condition covered under the ADA.

A federal judge in Minnesota this week dismissed a lawsuit filed by a Minnesota mother attempting to re-establish parental rights and stop her minor son from undergoing transgender treatment without her involvement. In 2015, a legal aid attorney declared her then-16-year-old son emancipated, allowing him to receive public assistance, which he used to begin hormone treatment. The mother was denied access to his medical and school records. The judge this week said that while her parental rights “remain intact,” she has no standing to sue. —K.C.

This is all simply the fruit of a fallen nature and not walking in the Light. A mind given over to perverse lusts. This is the elevation of I, me and my over all else. Pure and simple rebellion and a desire to be God that is rooted in the first sin.