Proposed policy would require schools to allow kids to select their own name, gender, and race

Delaware is pushing a new state regulation that would allow children to self-select their name, gender, and race without parental consent.

The policy, proposed earlier this month by the state’s Department of Education, would allow public schools to bypass parental consent to student changes involving “protected characteristics,” including race, gender, and sexual orientation, if the school deems the parents unsupportive.

Advocates call the regulation an anti-discrimination policy that protects children, but pro-family groups say it undermines families and pushes a false narrative about gender and race.

Nicole Theis, president of Delaware Family Policy Council, said parents who affirm their child’s biological sex and race are now considered “a ‘non-ally’ and unsupportive, discriminatory, even abusive,” noting what is considered “unsupportive” behavior by parents is open to interpretation by school administrators.

The policy is the result of the “deliberate conditioning of children as young as preschool into believing they can deny biological facts and realities and identify as whatever gender or race they feel,” she said.

Jeff Johnston, an issues analyst for Focus on the Family, called the Delaware regulation an “attack on parental rights” and an extension of what has been happening in the classroom for years, as parents have been pushed to the sidelines by those who believe “children are not the responsibility of their parents and that educators are more equipped and knowledgeable than parents.”

The proposed Delaware rule also requires schools to provide access to the locker rooms and restrooms that correspond to a student’s gender identity or expression, and opens all school sports to any student based on their perceived gender identity. Critics rightly argue these policies threaten the safety and privacy of students, as well as the basic fairness of athletics.

Parents and state legislators are pushing back against the regulation, urging Delaware residents to express their criticism to the Education Department during the public comment stage of the proposition, which ends Dec 4. 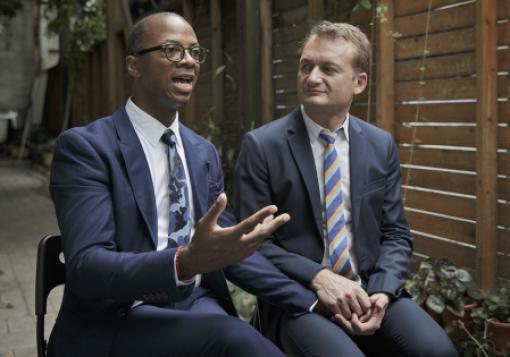 The Court of Justice of the European Union held a hearing Tuesday in a case that could result in the EU redefining marriage for all 28 member states.

The case, submitted by the Constitutional Court of Romania, involves a same-sex couple, Romanian citizen Adrian Coman and Robert Claibourn Hamilton, an American. The two legally married in Belgium in 2010 but want to live permanently in Romania, which does not recognize same-sex marriage. Immigration authorities have denied Hamilton permanent residency in Romania. The couple argue Romania violated their right to move freely within the EU and should be forced to recognize their marriage.

“Many European countries recognize and protect marriage as a union between a man and a woman in their laws and constitutions, as is their right,” said Adina Portaru, legal counsel for ADF International, a global partner of Alliance Defending Freedom. “Countries should remain free to affirm that a mother and father are both essential in a child’s life.” She noted that if the EU’s highest court can unilaterally change the definition of “spouse” for all 28 countries, it also can change other conditions of marriage. EU member Sweden is currently debating opening marriage to polygamous relationships.

Of the EU’s 28 member states, half still define marriage as the union of one man and one woman, with seven having this definition in their constitutions. Romania plans to hold a referendum next year on adding a traditional definition of marriage to its constitution.

“The union is deeply divided on the issue of marriage,” said Sophia Kuby, director of EU advocacy for ADF International. “If the EU’s highest court decides to contradict constitutional protections of marriage, it would lead to an unprecedented conflict of norms. It would create legal chaos and division, not more harmonization.”

The high court likely won’t issue a decision in the case for several months. —K.C. 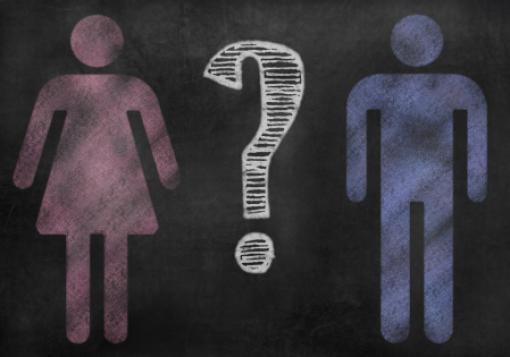 While the European Union debates marriage, Germany’s highest court has taken up the gender question, ruling earlier this month that officials must create a third gender option for official records, or do away with gender altogether. The ruling came in a case involving a biologically intersex person.

The Federal Constitutional Court found the current law—requiring birth registers to have either “male” or “female,” or be left blank—unconstitutionally discriminates against those born with ambiguous sexuality.

The ruling came on the heels of Germany legalizing same-sex marriage in October.

Although the ruling, read narrowly, only applies to those born with sex development disorders, transgender rights groups brazenly celebrated the move as a win for “anyone outside the norms of sex and gender in Germany and Europe.”

Almost immediately, Transgender Europe and several German LGBT rights groups released a joint statement praising the ruling for opening the door to a third gender option not only for those with biological gender ambiguity, but also for all who self-identify as other than male or female.

In a contrasting move, France’s highest court rejected a proposal earlier this year to create an official third gender for intersex individuals, calling the distinction between male and female “necessary to the social and legal organization, of which it is a cornerstone.”

The Intersex Society of North America advocates for giving infants born with a sex development disorder a gender label of either girl or boy, arguing intersex is not a natural category, and that labeling a person with a third made-up gender category is unhelpful. It also furthers the idea that gender is not a biological, God-created reality, which is why LGBT advocates are pushing for it, whether it is helpful or not.

The German government has until the end of 2018 to establish a new policy related to the ruling. —K.C.

Barely a month after the Boy Scouts of America (BSA) unanimously voted to allow girls in its programs, an LGBT advocacy group began raising money for a regional Boy Scout council to support “inclusive Scouting” programs.

The nonprofit advocacy group Scouts for Equality played an instrumental role in pressuring the Boy Scouts to open its ranks to gay, lesbian, and transgender scouts and adults, and most recently, to girls. This week, the group announced it would partner with the Spirit of Adventure Council, the regional BSA group serving the greater Boston area, to raise funds for the Boston Scouts Diversity Initiative. Scouts for Equality argues its initiatives embody the values of the BSA and ensure the Scouting movement is “free of discrimination.”

But policies “dressed in the language of equality and fairness” that establish gender and sexual ambiguity actually damage everyone and highlight the increasing need for Christian alternatives, said Mark Hancock, CEO of TrailLife USA, which was organized in 2013 in response to the liberalization of the Boy Scouts. “When an organization that arguably could take credit for bringing about radical progressive change in membership standards in BSA begins to raise funds for them, it would seem to be a watershed moment.” —K.C.