A statue of Charles Darwin outside a building where he attended school in Shrewsbury, England iStock.com/peplow

The protests and riots that erupted across the United States following the death of George Floyd started a new chapter in the long history of racial discrimination and reconciliation. One chapter often goes unnoticed in that history: the racism of Charles Darwin’s theory of evolution.

Race-based discrimination has multiple sources, many of which preceded Darwin, but evolutionary theory gave “a powerful push to a scientific version of racism that still impacts us today,” said John West, vice president and a senior fellow at the Discovery Institute.

In his 1871 book The Descent of Man, Darwin depicted Africans as less evolved than white people. The mainstream scientific community in Europe and the United States accepted that characterization and used it to promote racial discrimination.

“For generations, American public school children learned from their biology textbooks the pseudoscience that Caucasians are more advanced on the evolutionary ladder than Africans,” David Klinghoffer, another senior fellow at the Discovery Institute, wrote for Evolution News and Science Today.

The academic institutions’ racism seeped into popular society, as West traces in his documentary Human Zoos: America’s Forgotten History of Scientific Racism. Former Association for the Advancement of Science President William McGee transported thousands of indigenous people from around the world to display in a “human zoo” at the 1904 World’s Fair in St. Louis. The exhibits described them as a kind of missing link between apes and humans to demonstrate the truth of evolution. The journal Science published an article by McGee making a similar argument. Organizers set up such human exhibits in places like New York City and Seattle to educate the public on Darwin’s theory.

Four decades after the United States outlawed slavery, Samuel Phillips Verner purchased a young Mbuti pygmy man named Ota Benga from slave traders in the Congo for the World’s Fair exhibit. In 1906, officials at the Bronx Zoo in New York City put Benga in a cage with an orangutan. When two African American clergymen raised objections to his inhumane treatment, The New York Times responded with an article assuring people that “the pygmies … are very low in the human scale,” Klinghoffer noted.

Benga’s story shows how easily people can co-opt science to deny that God created all humans in His image and gave them inherent dignity. “Indeed, one of the tragic trends in thinking about evolution has been to blur the distinction between humans and animals,” noted Wesley J. Smith, chairman of Discovery Institute’s Center on Human Exceptionalism. Planned Parenthood founder Margaret Sanger espoused Darwinian views of non-whites and people with disabilities as closer to animals than humans. She used the term “human waste” and advocated abortion and sterilization as ways of “improving” the population through eugenics.

Thanks partly to the civil rights movement, most evolutionists no longer believe Africans represent an inferior race. But West noted that “we are inheritors of history.” Today, West said, white supremacists sometimes resurrect historic arguments from scientific and Darwinian racism: “It’s not mainstream, but those arguments are being propagated on the internet.”

The history of scientific racism should remind us to keep a healthy skepticism, West added. Christians and others need to continue to defend human dignity. 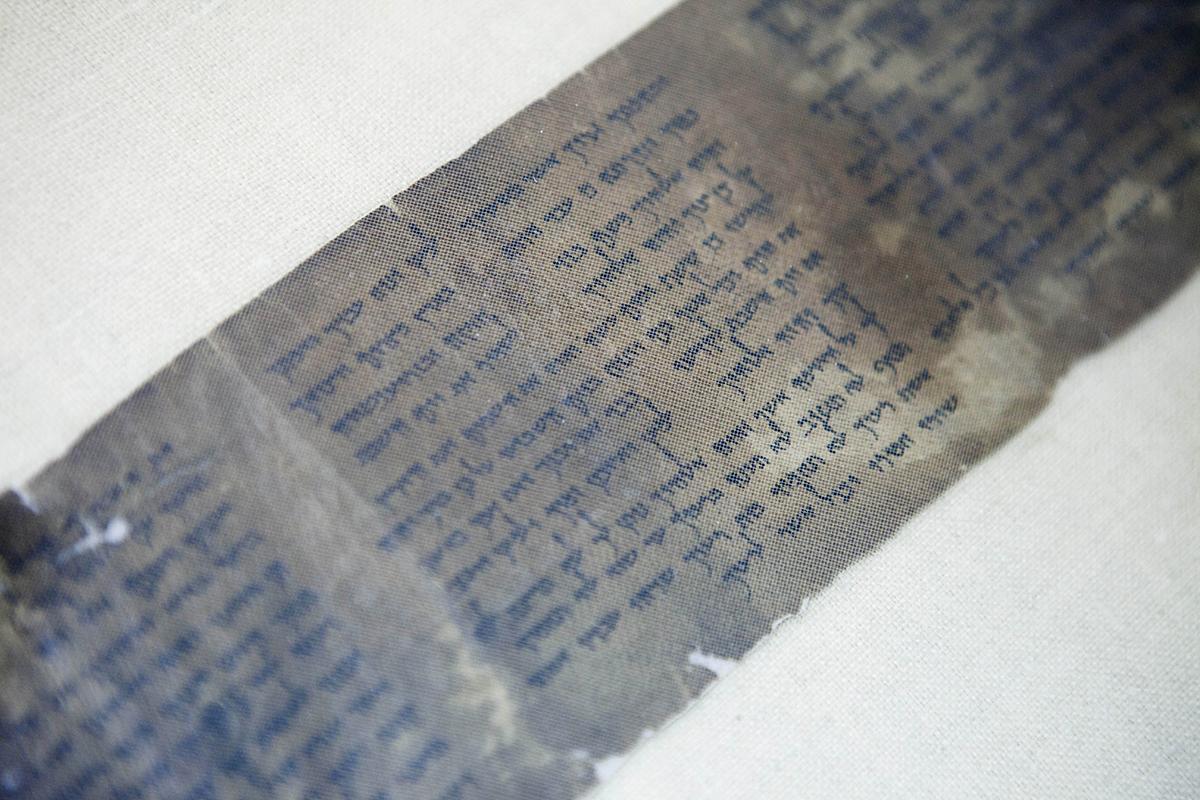 The world’s oldest complete copy of the Ten Commandments, written on one of the Dead Sea Scrolls Associated Press/Photo by Dan Balilty (file)

Trying to solve the mystery of the Dead Sea Scrolls is like putting together a 25,000-piece jigsaw puzzle. But new DNA analysis techniques are helping researchers do just that.

Thousands of nearly 2,000-year-old fragments from almost 1,000 manuscripts make up the Dead Sea Scrolls collection, discovered in the Qumran caves in the Judean desert between 1946 and 1956. Until now, researchers relied on visual analysis to piece the fragments together.

“Most of them were not found intact but rather disintegrated into thousands of fragments, which had to be sorted and pieced together, with no prior knowledge on how many pieces have been lost forever, or in the case of non-Biblical compositions, how the original text should read,” said Oded Rechavi of Tel Aviv University.

In a study published on June 2 in the journal Cell, scientists extracted DNA samples from the animal skins the scrolls are made of and analyzed them to determine how they fit together. They discovered most of the scrolls were made from sheepskin. The researchers surmised that manuscripts written on skin from genetically similar sheep likely go together. In one case, two pieces previously believed to belong together turned out to come from a sheep and a cow, respectively.

The researchers also found that fragments from the book of Jeremiah represented two different versions of the book that circulated at the same time and differed from the one canonized in the Christian Bible.

The evidence suggests people brought other scroll fragments, like those from the book of Isaiah, to Qumran from elsewhere. That means another stash of scrolls may still lie hidden somewhere. —J.B. 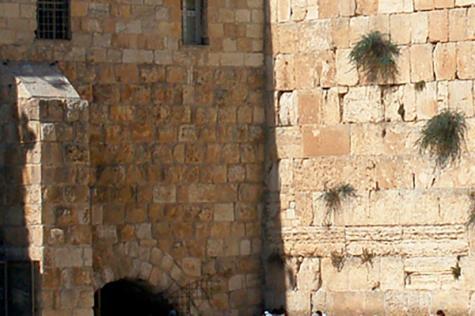 The world’s oldest complete copy of the Ten Commandments, written on one of the Dead Sea Scrolls Associated Press/Photo by Dan Balilty (file)

Wilson’s Arch is the easternmost of several large arches leading from the west to the site. The arches support the Great Causeway, a bridge more than a half-mile long that linked the temple area to the houses of the upper city.

For years, historians placed the date of the arch’s construction anywhere from the time of Herod the Great to the Islamic period of Jerusalem 700 years later. But researchers have narrowed the time to between 20 B.C. and A.D. 20, according to a study published on June 3 in PLOS One. That’s during the reign of Herod the Great, who was king of Judea when Jesus was born.

Sometime between A.D. 30 and 60, builders expanded the arch to produce a 17-yard-wide bridge that survived Rome’s destruction of Jerusalem in A.D. 70 and still stands today. Rome expanded many building projects throughout Jerusalem during that time and constructed an aqueduct to supply water to the Temple Mount.

Builders began construction of a small theater-like structure, dating to between A.D. 95 and 135, beneath the arch but never completed it. The researchers said the second Jewish uprising, known as the Bar Kokhba revolt in A.D. 132, may have halted the project. —J.B.

On June 5, a woman in her 20s became the first U.S. COVID-19 patient to receive a double lung transplant, Northwestern Medicine announced.

The Chicago patient spent about six weeks on a ventilator and heart-lung machine. But then her heart, kidneys, and liver began to fail. The virus left her lungs full of holes and nearly fused to her chest wall, according to Dr. Ankit Bharat, the surgeon who performed the 10-hour operation.

“We are anticipating that she will have a full recovery,” said Dr. Rade Tomic, medical director of the hospital’s lung transplant program. —J.B.