Sifting through the frenzy and fears about artificial intelligence

The company’s website boasts that it is “changing your idea of what robots can do.” And that may be the problem, according to those who argue for clear limits to developing artificial intelligence.

The mechanical pup with its great rhythm and alluring moves is so far harmless. Some of the other robots developed by Boston Dynamics can accomplish more impressive feats, such as Atlas, a two-legged machine that can jump onto 4-foot-high boxes and do a back flip. High-functioning robots could be useful to humans. But just because some robots are cute or helpful doesn’t mean the technology is always put to good use.

Already the manufacturing and marketing of sex robots is on the rise. Just this month, the Houston City Council updated its ordinances to prevent a company from opening a so-called “robot brothel.”

Earlier this year, a team of artificial intelligence experts who gathered at a 2017 AI workshop in Oxford, England, published a 100-page report warning of the ways in which people could use the technology for malicious intent, from stealing digital information with fake emails and websites, to automating terrorism by weaponizing robots with superhuman strength and abilities.

Though some people have outsized concerns about a robot apocalypse, the report did not offer wacky conspiracy theories or science-fiction predictions. Instead, the writers only considered what is possible with the AI that currently exists or likely will exist within the next five years. “While many uncertainties remain, it is clear that AI will figure prominently in the security landscape of the future, that opportunities for malicious use abound, and that more can and should be done,” they wrote.

Stephen Hawking, the prominent English theoretical physicist who died in March, was well-known for his contention that AI could one day spell the end of the human race. In his new, posthumously published book, Brief Answers to the Big Questions, Hawking warned that AI could lead to sophisticated weapons systems “that can choose and eliminate their own targets,” USA Today reported. But Hawking’s predictions were based on the idea that people are just very sophisticated robots, not beings created in the image of God.

“There’s no more reason to think computers will become conscious than to think that strong tractors will become oxen,” wrote Jay Richards, a senior fellow at The Discovery Institute. “The whole argument rests on the assumption that we and computers are basically the same kinds of things.” Perhaps the more pressing concern is not what the robots will choose, but what humans will choose to do with them. 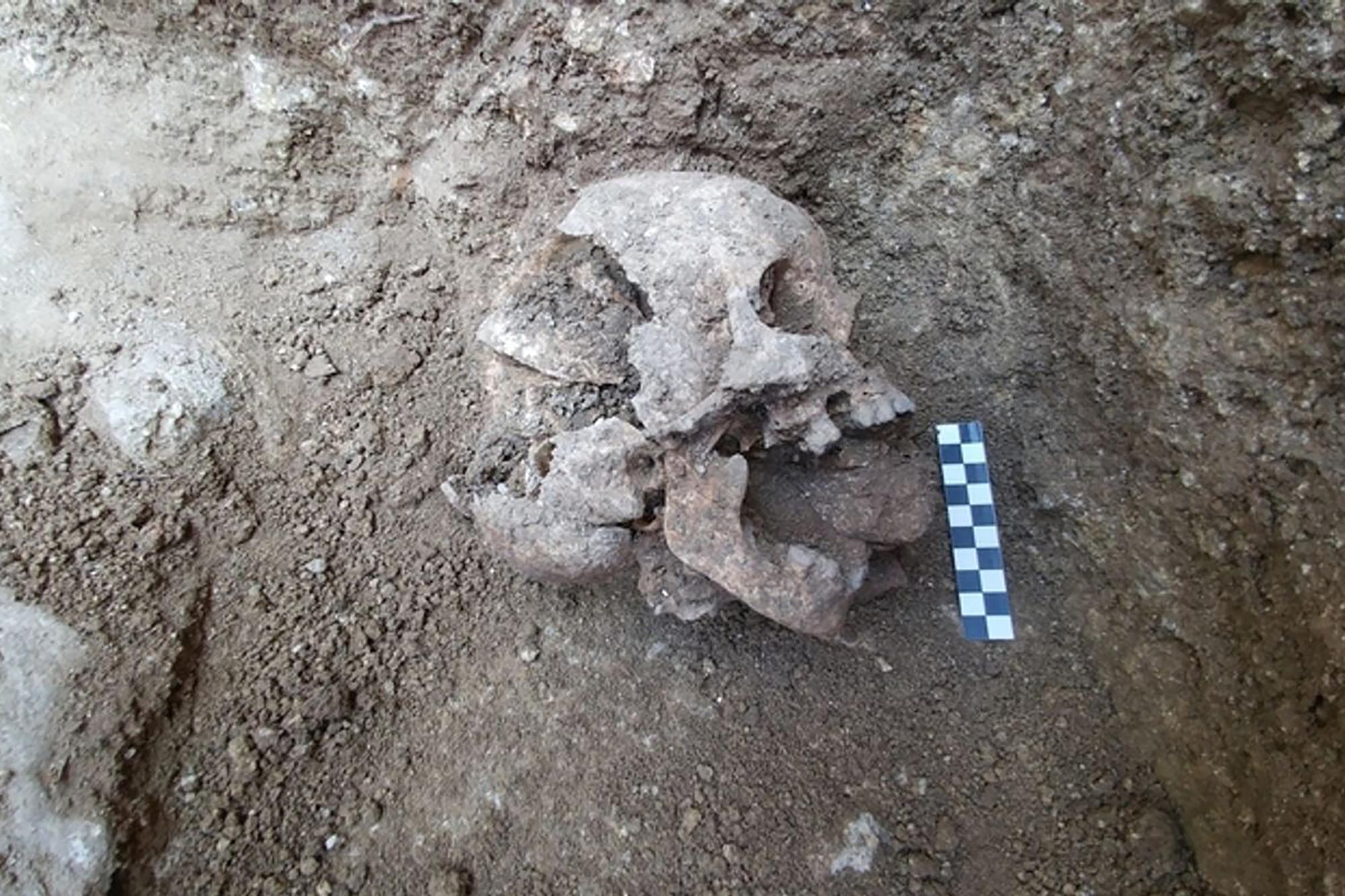 Archaeologists recently uncovered the skeleton of a 10-year-old child buried in a fifth century cemetery near the Umbria region of Italy. The remains showed that someone put a stone in the deceased child’s mouth. It appears ancient Romans performed such funeral rituals, called “vampire burials,” thinking the stone would stop the dead from rising and spreading their illnesses to the living.

A mid-fifth century outbreak of malaria around the Umbria area claimed the lives of many young children. Until now, researchers assumed the community reserved the cemetery for baby and toddler victims of the disease. In previous excavations of 50 burial sites, a 3-year-old girl was the oldest child unearthed. In many of the graves, archaeologists found objects commonly associated with witchcraft and magic, like raven talons, toad bones, bronze cauldrons filled with ash, and the remains of sacrificed puppies, buried with the children.

“I’ve never seen anything like it. It’s extremely eerie and weird,” David Soren, the archeologist who oversees the excavations, said in a statement.

DNA testing of several of the excavated bones shows the children died of malaria. Researchers have not yet tested the 10-year-old’s remains, but analysis showed the child suffered an abscessed tooth, a side effect of malaria.

Archeologists find such discoveries shed much light on ancient cultures.

“Anytime you can look at burials, they’re significant because they provide a window into ancient minds,” Jordan Wilson, a bio-archeologist who analyzed the skeletal remains, said in a statement. “We can tell a lot about people’s beliefs and hopes by the way they treat the dead.” —J.B. 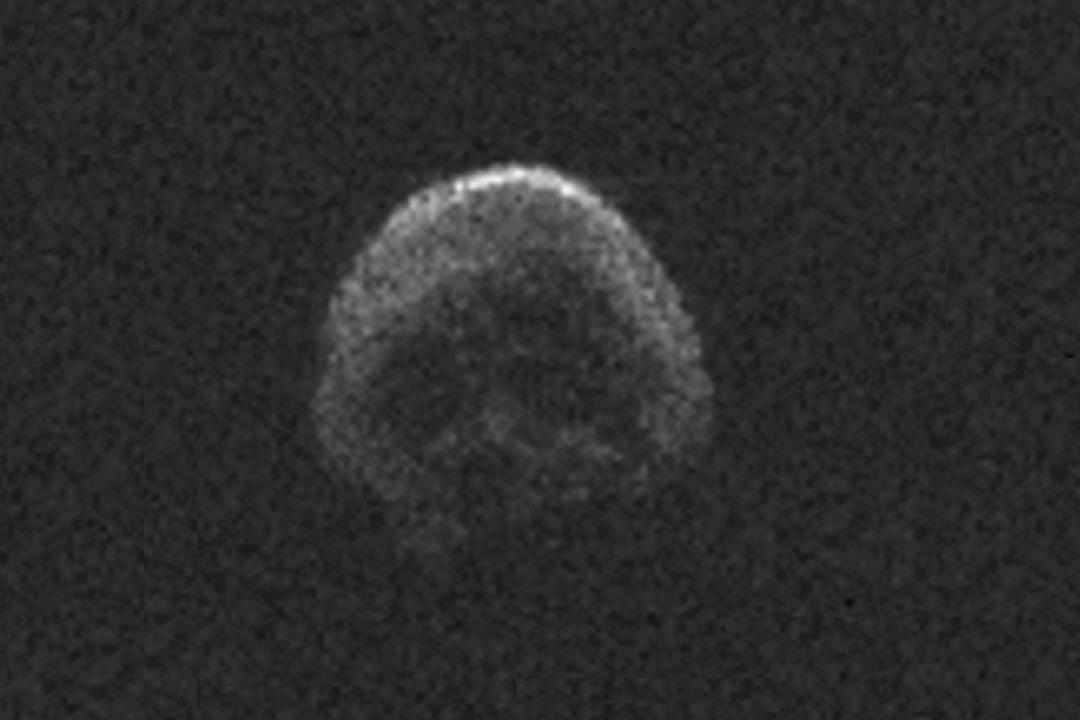 Three years ago on Halloween, an asteroid that looked eerily like a human skull sneering down on our planet whizzed by within a mere 301,986 miles of Earth. It will make its next Earth flyby on Nov. 11. But this time, the spooky celestial rock will stay 24 million miles away, about a quarter of the distance from our planet to the sun.

Asteroid 2015 TB145, or the “Halloween asteroid, as scientists dubbed it, is a somewhat spherical rock, about 2,047 feet wide, with indentations that look like gaping eye sockets and a nose hole when photographed at certain angles.

Scientists believe the asteroid’s oblong orbit and velocity suggest it may be a dead comet, stripped of its icy tail by many trips around the sun. It will not approach the Earth again until 2082, when it will pass by at about one-third of the distance between our planet and the sun. —J.B.

Using high-tech radar scans, archeologists in Norway recently detected the outline of one of the largest Viking ship graves ever found. The 66-foot-long vessel served as a giant coffin for a Viking king or queen buried more than 1,000 years ago, National Geographic reported.

The ship, which harbors at least seven other burial mounds, lies about 1.6 feet beneath a field near the Norwegian capital of Oslo. The hull is visible, and the keel and floor timbers appear well-preserved. It is only the third such Viking ship burial found so far.

The find especially excites researchers because recent advances in archeological technology will allow them to glean more information from this ship than ever before. They hope to avoid excavating the vessel, which would risk damage by open air exposure. —J.B.

Environmentalists often tout wind power as a clean alternative to burning fossil fuels. But, according to a recent study, large scale wind generation, which redistributes heat in the atmosphere, would warm the continental United States by 0.43 degrees Fahrenheit. “Wind turbines generate electricity but also alter the atmospheric flow,” Lee Miller, one of the researchers, said in a statement.

The scientists arrived at the warming figure by using a standard weather forecasting model and adding in the atmospheric effect of covering one-third of the continental United States with enough wind turbines to meet present-day electricity demands. They found that it would take about a century to offset the warming effect.

According to the researchers, more than 10 previous studies also observed warming caused by wind farms. —J.B