The news comes nearly a year after pro-life members of Congress sent a letter to Department of Health and Human Services Secretary Alex Azar, urging him to update the regulations and stop giving money under Title X of the Public Health Service Act to Planned Parenthood.

“We applaud HHS Secretary Azar and the Trump administration on this move that protects American taxpayers from paying for abortion through Title X,” said Jeanne Mancini, president of March for Life. “At the same time, the new regulation protects low-income women who rely on Title X assistance because no funds will be cut from the program.”

Existing rules state that abortion providers can receive Title X funds but cannot spend them on abortion-related activities. But the line between family planning and abortion funds gets blurry on a practical level, Mallory Quigley, communications director for the pro-life Susan B. Anthony List, told me.

“Title X is basically treated like a slush fund,” Quigley said. “It can be used to pay for the electric bill and advertising. So [Planned Parenthood is] using Title X dollars to fund advertising to get people in the door as contraceptive clients and then re-selling them on abortion later on. And this is not what the Title X program was intended for.”

Planned Parenthood receives around $60 million a year in funds from the program. While the abortion giant says it keeps abortion expenses separate from its family planning expenses, pro-life advocates point to the original Title X statute that says, “None of the funds appropriated under this title shall be used in programs where abortion is a method of family planning.”

The new regulations also would prohibit Title X recipients from referring patients for abortion and remove the requirement they must provide “non-directive abortion counseling,” or present abortion as a family planning option. Unless providers like Planned Parenthood are willing to stop referring for and performing abortions, they now stand to lose one of their significant sources of income.

Quigley said she expects the abortion lobby to file suit, but also expects the regulations to stand up to the challenge. She pointed to the 1991 U.S. Supreme Court decision Rust v. Sullivan, which upheld the 1988 updates to the Title X regulations that reinforced the original statute by saying abortion could not be a method of family planning. 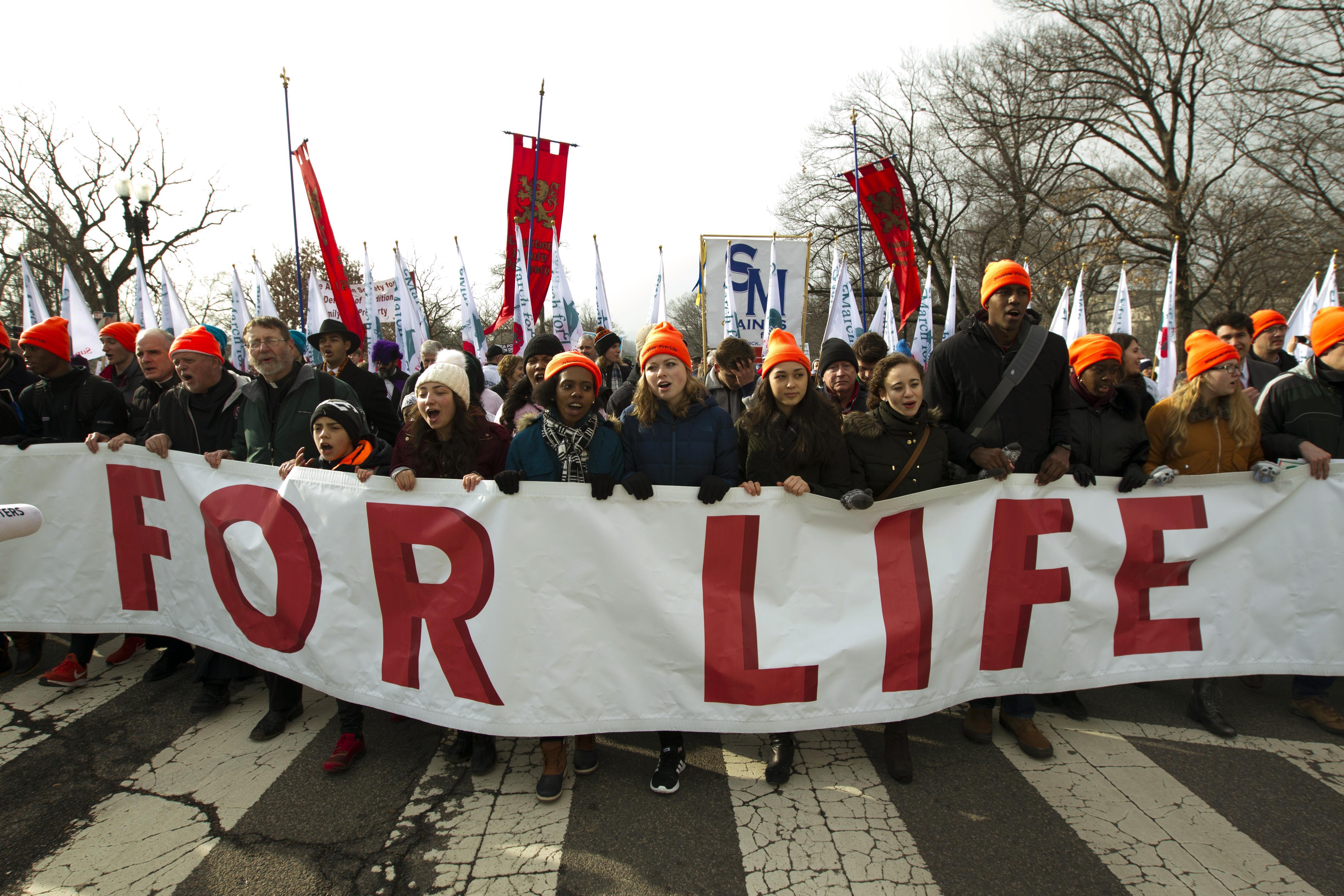 Recent efforts by pro-abortion advocates to strip all legal protections for the unborn in states like New York and Virginia have backfired, turning the tide of public opinion toward the pro-life movement, according to a new Marist poll taken Feb. 12-17. Americans are now just as likely to identify as pro-life (47 percent) as “pro-choice” (47 percent), a label adopted by the pro-abortion movement. Just last month, a similar survey found more Americans identified as “pro-choice” than as pro-life by 17 percentage points (55 to 38 percent). Democrats moved in their pro-life identity from 20 percent to 34 percent.

“The recent legal changes to late-term abortion and the debate which followed have not gone unnoticed by the general public,” said Barbara Carvalho, director of The Marist Poll. “In just one month, there has been a significant increase in the proportion of Americans who see themselves as pro-life and an equally notable decline in those who describe themselves as pro-choice.” —Lynde Langdon 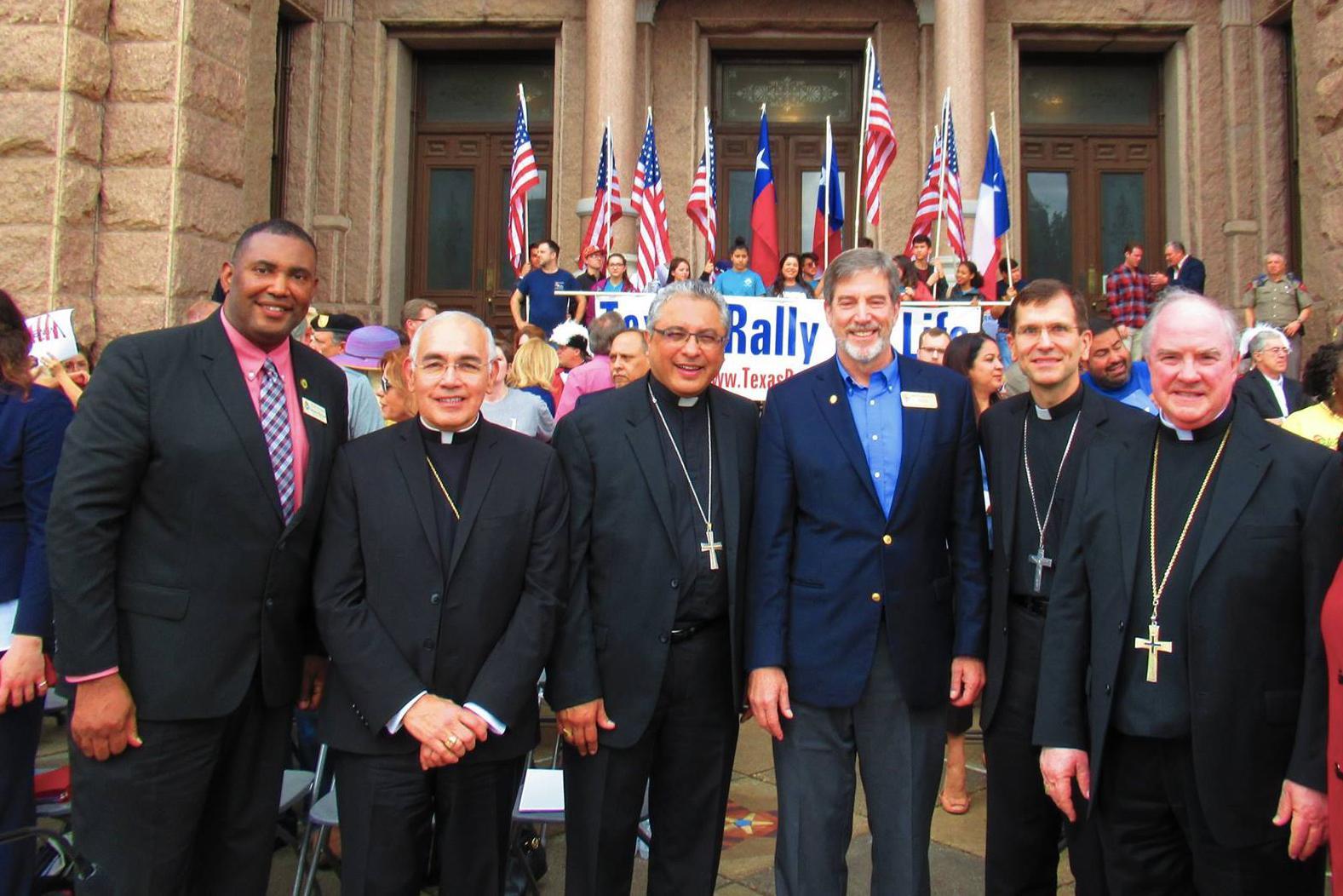 The U.S. Supreme Court last week let a ruling stand that protects the Texas Catholic Conference of Bishops from having to hand over its internal deliberations about a fetal burial and cremation law.

“Thank goodness the Supreme Court saw this appeal for what it was: a nasty attempt to intimidate the bishops and force them to withdraw their offer to bury every child aborted in Texas,” said Eric Rassbach, vice president of Becket, the legal group that represented the bishops.

In 2016, abortion provider Whole Woman’s Health sued Texas over a law requiring the burial or cremation of fetal remains, saying it posed an undue burden on women’s access to abortion because of the difficulty abortion centers would have in carrying out the law. The Texas Catholic Conference of Bishops then offered to provide free burial and cremation services for aborted babies.

“Asking a church to hand over its internal religious discussions, especially when it’s about theology, doctrine, and ministry, is unprecedented,” Becket attorney Diana Verm told me. “It’s not that they were trying to hide anything. It’s that they’re carrying out their ministry, and they shouldn’t have to be dragged into this lawsuit just because they offered to help.”

“It means that religious groups have a right to speak out about … their beliefs and how they affect the common good without government interference and without allowing their political opponents to reach out and grab their internal deliberations about doctrine and ministry,” she said. —S.G. 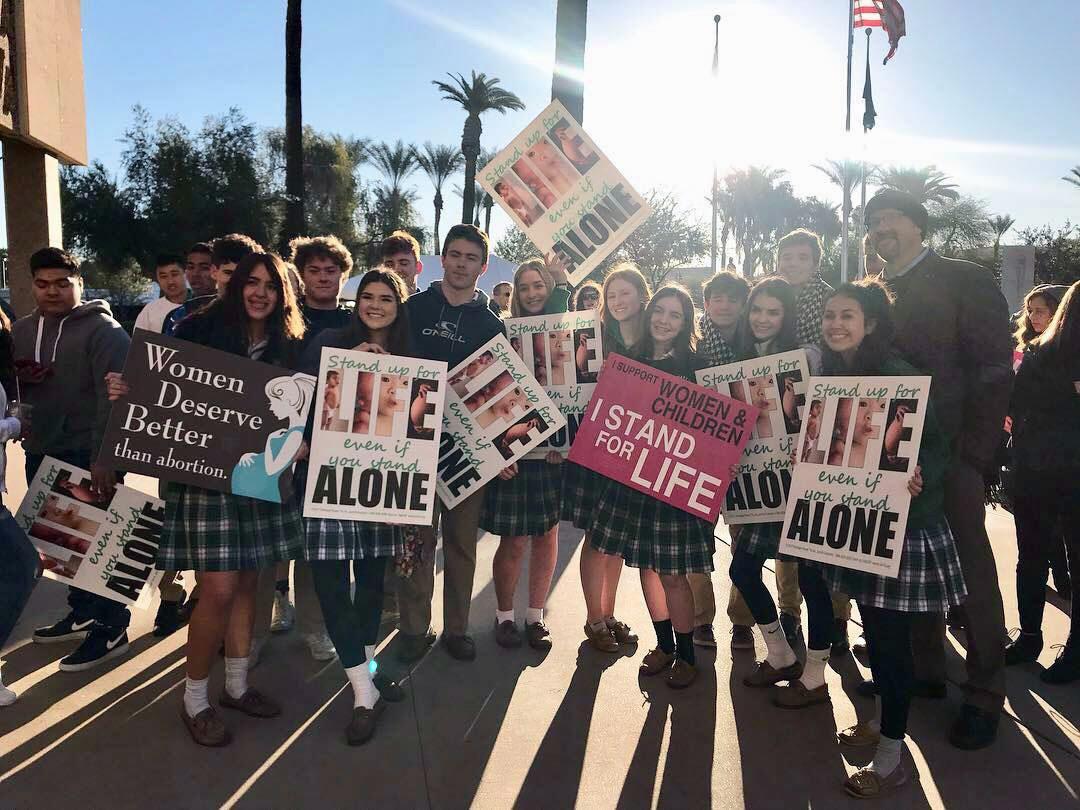 Arizona: A bill that would have repealed a legal requirement for abortionists to resuscitate babies born alive during an abortion procedure died in committee on Wednesday. The defeat followed a large pro-life demonstration that filled the Capitol building in protest of the proposal.

Arkansas: Gov. Asa Hutchinson, a Republican, signed a law on Tuesday that would protect the unborn from abortion at any point during pregnancy, except for medical emergencies for the mother, if the Supreme Court overturns its 1973 Roe v. Wade decision. Arkansas joins Louisiana, Mississippi, North Dakota, and South Dakota in putting laws on the books that would prohibit abortion in a possible post-Roe world.

Kentucky: A bill that would protect babies from abortion on the basis of color, race, sex, national origin, or disability passed out of a state House committee on Wednesday. Legislators may also consider a bill that would require abortionists to tell women about a reversal process for drug-induced abortions. State Sen. Robby Mills, a Republican and a sponsor of the abortion-reversal bill, said that after women take the first abortion pill, “sometimes they feel like, ‘I’ve made this mistake. It’s done.’ We think it’s important for them to realize it’s not done and there are options.”

Vermont: Members of the Vermont House voted 106-36 Thursday in favor of a measure that would allow abortion until the moment of childbirth. The bill also states that unborn children “shall not have independent rights under Vermont law.”

Wyoming: The state Senate will soon consider House Bill 103, which would require abortionists to report to the state within 20 days of performing an abortion. The bill passed out of committee on Friday. —S.G.

A Colorado mother of nine—three born children and six frozen embryos—is asking the U.S. Supreme Court to reverse a Colorado Supreme Court decision that decreed frozen embryos are property, not people. Mandy Rooks is fighting her ex-husband, Drake Rooks, for custody of the embryos, which were created by in vitro fertilization. He would like them destroyed, and she would like to keep them for implantation.

In Mandy Rooks’ appeal, Thomas More Society attorney Rebecca Messall likened the lower courts’ stance to slavery. “Granting human embryos the status of persons cannot be left up to 50 states, any more than the Kansas-Nebraska Act could leave the status of slaves to each state. The test of who is a ‘person’ must be decided for the entire nation in order to uphold the principles of ‘Equal Justice Under Law,’” she wrote, referring to the engraving on the Supreme Court building’s entrance. —S.G.