The Virginia House of Delegates passed a bill on Tuesday that would redefine parenthood in the state by updating the laws on assisted reproduction.

The measure, which passed 61-36 in the Republican-majority House, strips language like “mother” and “father” from the statute, makes “intent” the basis of a legal parentage instead of genetics, and claims embryos are the property of an intended parent, regardless of any biological relation. The updates bolster the gestational surrogacy market in the state, something pro-family advocates argue is bad for Virginia and especially bad for children in the state.

The bill “threatens to open up Pandora’s box on critical matters involving life, parental rights, and the most basic ideas of what it means to be a family,” said Victoria Cobb, president of The Family Foundation, a Virginia-based family advocacy group.

Laws governing conception, parental rights, and reproductive technology vary widely by state. Some states allow anyone who can afford it to purchase eggs, sperm, or the services of a surrogate. A few states forbid all surrogacy arrangements. Most are somewhere in the middle, with laws regulating the market for assisted conception methods such as in vitro fertilization, artificial insemination, and surrogacy.

Current Virginia law allows for gestational surrogacy but stipulates the intended parents must be a married couple. The proposed bill would open the door to any person or persons—married or single, man or woman, homosexual or heterosexual—to use a surrogate and to be granted full parental rights to the resulting child. Cobb said a handful of Republicans voted with the Democrats on the measure because they thought the bill was pro-life—they believed that it would allow more couples to adopt frozen embryos. The Virginia House sent the bill to the Senate, where it awaits a committee hearing.

Katy Faust, the founder and director of Them Before Us, a group that advocates for the rights of children in social policies, called the proposed law deeply problematic because it is adult-centric. She told me it pays no heed to the rights and needs of the people it primarily affects: children.

The United Nations Convention on the Rights of the Child, the most widely ratified human rights treaty in the world, states, “The child shall … have the right from birth to a name, the right to acquire a nationality, and, as far as possible, the right to know and be cared for by his or her parents.” Faust personally believes that God’s created order and His design establishes children’s fundamental right to be raised in homes with a married mother and father.

“When those rights are respected and protected, it sets [children] up for thriving,” she said, noting that research continues to show that when children lose a relationship with one or both biological parents, they fall into a predictable pattern of risk.

Today, more than ever before, donor-conceived children are going to intentionally fatherless or motherless homes. The Donor Sibling Registry is an organization with more than 62,000 members seeking to match donor-conceived individuals with their biological relatives. Of the organization’s parents and donors, 49 percent are single mothers by choice who use donor sperm, and 33 percent are same-sex couples who use either donor sperm, donor eggs, or both. 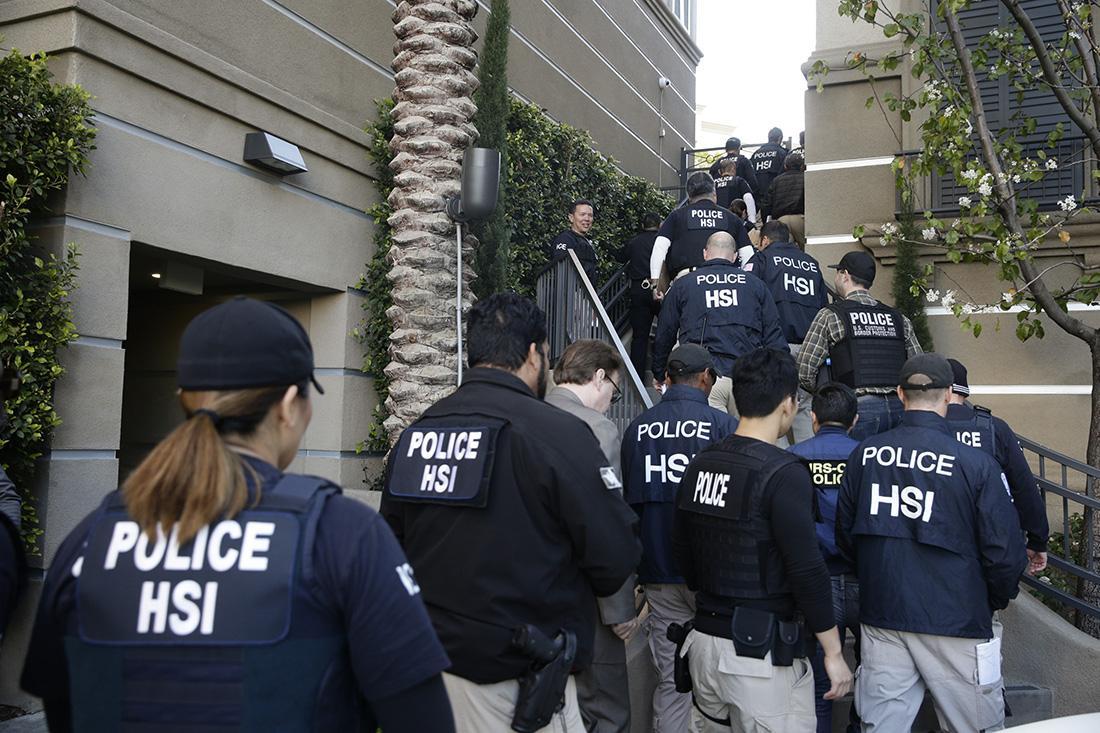 Federal agents at an apartment complex in Irvine, Calif., where, according to authorities, a birth tourism business operated in 2013 Associated Press/Photo by Jae C. Hong (file)

Police in Southern California arrested three people last week in the largest federal criminal probe into the multimillion-dollar birth tourism industry, which helps foreign women come to the United States to give birth so their children will become U.S. citizens.

The grand jury indictments, unsealed Jan. 31, charged businesses operated by the three with visa fraud, wire fraud, and identity theft. The investigation found some Chinese couples paid as much as $100,000 for packages that included housing, nannies, and shopping excursions. The businesses coached their clients to deceive U.S. immigration officials and claim they are uninsured, getting them the lowest possible price at the hospital for the baby’s delivery.

“We are talking about three takedowns in LA, when there are probably 300,” Mark Zito, assistant special agent in charge of Immigration and Customs Enforcement’s Homeland Security Investigations in Los Angeles, told The New York Times. He said the agencies charged in the investigation cater mainly to Chinese couples, but his agency has found evidence that Russians, Nigerians, and a growing number of couples from the Middle East are also traveling to the United States to have children.

The Center for Immigration Studies estimates there are about 36,000 children born annually to tourists in America.

“We should not tolerate an entire industry that encourages people to come here for the sole purpose of having a child who leaves with a U.S. passport,” said Jessica Vaughan, the director of policy studies for the Washington, D.C.–based organization. —K.C. 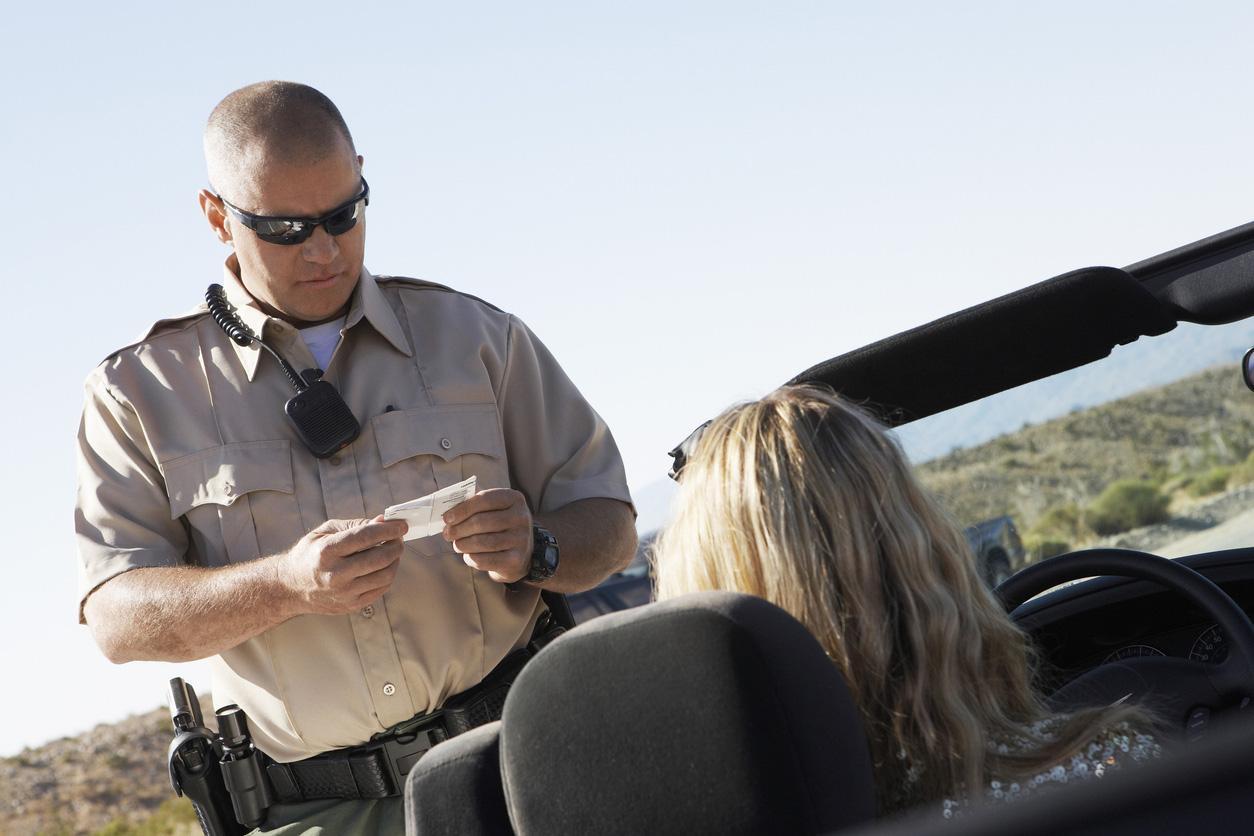 Federal agents at an apartment complex in Irvine, Calif., where, according to authorities, a birth tourism business operated in 2013 Associated Press/Photo by Jae C. Hong (file)

North Carolina updated its identification policies last week to make it easier for people to change the sex on their driver’s license. Anyone who wants to change their designated sex can now submit a one-page form certifying the requested change accurately reflects his or her gender identity. The form must be signed by a professional—a physician, psychiatrist, physician’s assistant, therapist, counselor, psychologist, case worker, or social worker—who agrees to certify that, in their professional opinion, the person’s gender identity matches the requested sex.

In contrast, a measure working its way through the Utah legislature would define “male” and “female” as “innate and immutable characteristics established at conception” and would prohibit people from changing the sex on their birth certificate after birth. —K.C.

A long-term care facility in Arizona where a severely disabled woman late last year gave birth announced it is closing this week. Officials at Hacienda HealthCare in Phoenix said Thursday they would shut down operations.

A nurse was charged in January with sexual assault and abuse of a vulnerable adult after a DNA test confirmed him as the father of a baby born to the 29-year-old resident. Nathan Sutherland, 36, a licensed practical nurse, pleaded not guilty on Tuesday. The woman, disabled as a child, has spent most of her life in a vegetative state at the facility. Employees said they were unaware she was pregnant until she went into labor. Sutherland will appear in court again on March 19. —K.C.

A new study discussed in an article by the Institute for Family Studies found family instability is multigenerational. The research observed that stress from parental relationship transitions—divorce, remarriage, cohabitation splits, new domestic partners, half-siblings—is the best way to explain the likelihood that children will grow up and go on to have their own children with more than one partner. —K.C.