Research conducted in 2012 at the University of California, Berkeley, paved the way for using CRISPR-Cas9 technology to genetically engineer animal and human DNA. Scientists soon began touting the gene-editing tool as a marvel with the potential to cure and prevent a wide variety of diseases. But researchers at the Wellcome Sanger Institute recently published a study in Nature Methods that shows that use of CRISPR may cause a great deal of unintended genetic damage.

Researchers use CRISPR to alter sections of DNA in genes by cutting at specific points, and then either deleting genetic information or adding new material at those sites. But the technique can have negative consequences if it accidently modifies DNA researchers had not targeted. Until now, researchers only looked for unintended alterations in the immediate area of the CRISPR editing or else on different genes altogether.

One study, published in Nature Methods but later retracted, showed that CRISPR can cause hundreds of unintended mutations in genes other than the targeted one. Other studies looked at the area close to the site of editing and did not find any unforeseen alterations.

But, in the new study, researchers looked at an area within the targeted gene but not close to the specific point of editing. There they found that CRISPR frequently caused extensive mutations that could lead to switching important genes on or off and could cause dangerous changes in many cells. According to the researchers, the gene damage they found represented a common outcome of CRISPR and could affect many locations. “We found that changes in the DNA have been seriously underestimated before now,” Allan Bradley, one of the researchers, said in a statement, because the mutations were too far away from the target site for standard methods of analysis to detect.

Some experts are not alarmed. Fyodor Urnov, associate director at Altius Institute for Biomedical Sciences in Seattle, told Genetic Engineering and Biotechnology News that claiming CRISPR could cause disease-producing consequences represents an “extraordinary overstatement.”

Biotech companies, hoping to commercialize CRISPR, likewise downplayed the study. Tom Barnes, senior vice president of Intellia called the report “a little bit alarmist,” according to Genetic Engineering and Biotechnology News. And a spokesperson for Editas Medicine told the publication, “We are aware of, and not specifically concerned about, this latest bench research finding as we work to make CRISPR-based medicines.” 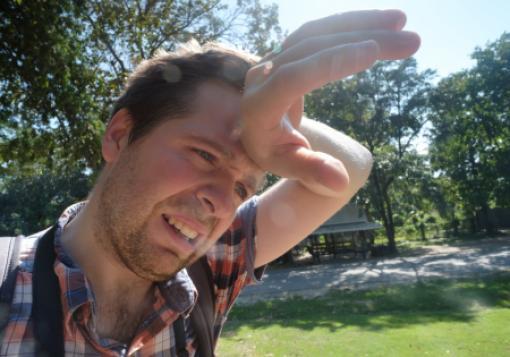 Soaring temperatures bog down the brain

Feeling a little mentally sluggish in the summer heat? Scientific research shows you’re not alone. Generally, studies showing negative effects of high temperatures focus on the elderly and other vulnerable people or involve artificial lab situations, but researchers at Harvard University recently assessed the effects of heat on young, healthy individuals in a real-world setting. Scientists studied 44 college students for 12 days before, during, and after a heat wave: half lived in air-conditioned dorms and half did not.

The results, published in PLOS Medicine, showed the students without air conditioning experienced a 4 to 13 percent reduction in their performance in attention, cognitive speed, and memory tests, and a nearly 10 percent reduction in the number of correct answers per minute. The scientists suggested that related factors such as poor ventilation, noise from fans, decreased hydration, and lack of sleep may have contributed to their results.

Although heat appears to make learning more difficult, most people likely don’t notice, Joseph Allen, one of the researchers, told NPR. “I think it's a little bit akin to the frog in the boiling water,” he said. “There’s a slow, steady—largely imperceptible—rise in temperature, and you don’t realize it’s having an impact on you.” —J.B. 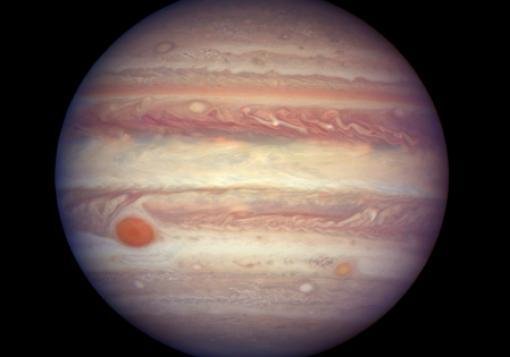 With 67 moons, Jupiter already has more satellites than any other planet in the solar system, and now scientists have found a dozen more. Nine of the newly discovered moons inhabit part of an outer swarm that orbits in retrograde, the direction opposite Jupiter’s rotation. Two others are part of an inner group of moons that orbits in prograde, the same direction as the planet spins.

But the 12th moon, only 1 kilometer in diameter, is an atypical little sphere. Astronomers call it an oddball because it orbits in the opposite direction of its neighbors. “This moon is going down the highway the wrong way,” Scott Sheppard, the team’s lead astronomer, said in a statement.

The oddball orbits prograde but hangs out with the retrograde crowd, putting it on a possible collision course with other moons. “This is an unstable situation,” Sheppard said. “Head-on collisions would quickly break apart and grind the objects down to dust.” —J.B.

U.K. to build its first spaceport

The recent development of small satellites, often no bigger than a shoebox but more technologically capable and cheaper to launch than their older counterparts, has created a $339 billion global market. These tiny spacecraft offer a variety of functions such as communications and weather monitoring. Now the United Kingdom is jumping into that part of the space race. The U.K. Space Agency just announced Sutherland, Scotland, will be the site of the country’s first Spaceport, The Verge reported.

The agency selected Sutherland because of its location on the coast in a sparsely populated area, where it can launch rockets into the preferred orbital path above the Arctic Circle. It plans the first rocket launch for the early 2020s.

Is your robot happy?

It can seem a daunting task to keep the humans in our lives happy, but one day we may need to worry about how our robots feel, too. In recent years, engineers have often tried to design robots that can read and respond to human emotions and in some respects even mimic them.

Researchers at Cornell University just took another step in the development of social robots that can express feelings. Their robot gives nonverbal clues to its emotional state through a grid of texture units under its outer skin, either goosebumps or spikes. These units change shape and patterns depending on the robot’s “mood.” This robot design can “significantly enhance the expressive spectrum of robots for social interaction,” the electronics engineers said in a statement. —J.B.