Schools need flexibility, freedom, and funding to re-open this fall

Administrators’ back-to-school wish lists will include some additional items come fall: face masks and cleaning supplies, more janitors, bus aides to check students’ temperatures, and more. All told, an average-sized district of 3,600 students across eight school buildings could spend an additional $490 per student or about $1.8 million annually on coronavirus control measures, according to a recent report by the American Association of School Administrators (AASA) and the Association of School Business Officials.

The expense to retrofit schools for the pandemic could present an overwhelming burden that, without additional funding, could force many districts to stick with virtual learning instead of returning to face-to-face instruction. “When you escalate to large urban school districts the numbers are impossible in order to adhere to [Centers for Disease Control and Prevention] guidelines,” AASA Executive Director Daniel Domenech told U.S. News & World Report.

An analysis by the American Federation of Teachers, the nation’s second-largest teachers union, said schools would need much more than the AASA estimate—about $2,300 per student in additional funding. That figure includes tens of billions of dollars in remedial support for students coming off a patchy spring semester.

Despite the gap between the two estimates, both groups recommend billions in additional federal money for schools to implement pandemic protocols. Even the conservative American Enterprise Institute (AEI) agreed the government should provide more funding.

“Given that school systems cannot reasonably have been expected to plan for the current situation, state and federal officials must help provide the resources schools need to help weather the crisis,” wrote the AEI’s John P. Bailey and Frederick M. Hess. They stressed the need for flexibility in the face of student needs and budget concerns.

Ben DeGrow, the director of education policy at the conservative think tank the Mackinac Center for Public Policy, agreed. He said states should reconsider old measures of success such as student attendance and instructional hours.

“Now is the time to let those things go and focus on giving more freedom to educators to help students meet their learning objectives,” DeGrow said. That freedom could bring fewer students into the buildings at a time, allowing for social distancing and reducing budget strain.

Meanwhile, school districts must budget for the upcoming year with little certainty about what coronavirus accommodations they will need or how much additional funding they will receive.

The coronavirus aid package gives $13.5 billion to K-12 schools, but a dispute over how to pay public and private schools has thrown even that funding into uncertainty. School leaders say they welcome the freedom to restructure educational plans for the COVID-19 era, but their budgets cannot handle a substantial influx of new costs. 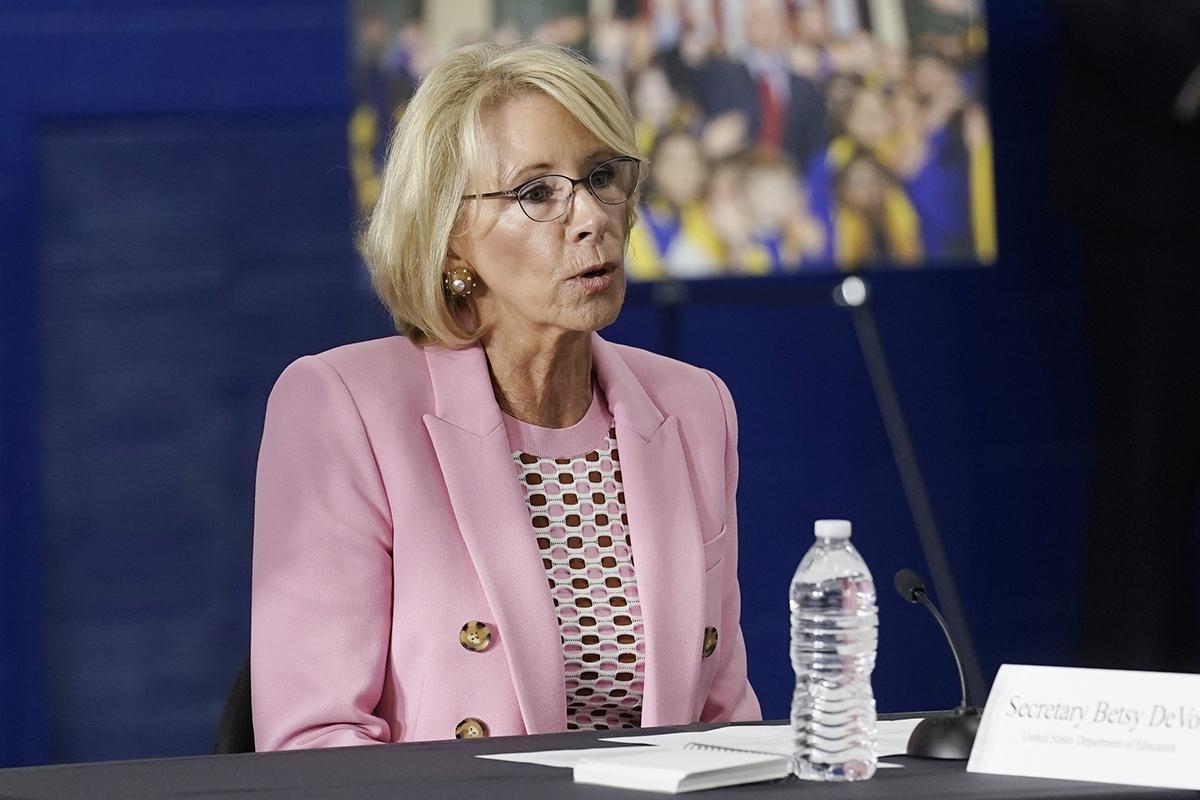 Feuds between states and the U.S. Department of Education held up the $13.5 billion Congress allocated to K–12 schools, but Education Secretary Betsy DeVos took steps on Thursday to end the stalemate. The legislation includes a formula to divide the funds based on the number of low-income students in public schools and reserves a portion for similar students in private schools.

On April 30, DeVos issued additional guidance directing states to interpret the formula to account for all private school students, not just low-income ones. Many state officials complained DeVos’ interpretation would gut much-needed funds from public schools and contradicted the plain reading of the act.

“The effect would be that nonpublic schools would receive an inequitable amount of funding, much more federal support than Congress intended,” wrote Carissa Moffat Miller, executive director for the Council of Chief State School Officers. Miller urged DeVos and the department to rescind the April guidance.

Some states like Indiana, Maine, and Pennsylvania refused to follow the secretary’s guidance, claiming it is not binding. On Thursday, the Education Department issued an emergency rule ordering districts to follow DeVos’ prescribed formula. It includes some exceptions, and it also encourages wealthy private schools not to apply to receive the relief funds. —L.E. 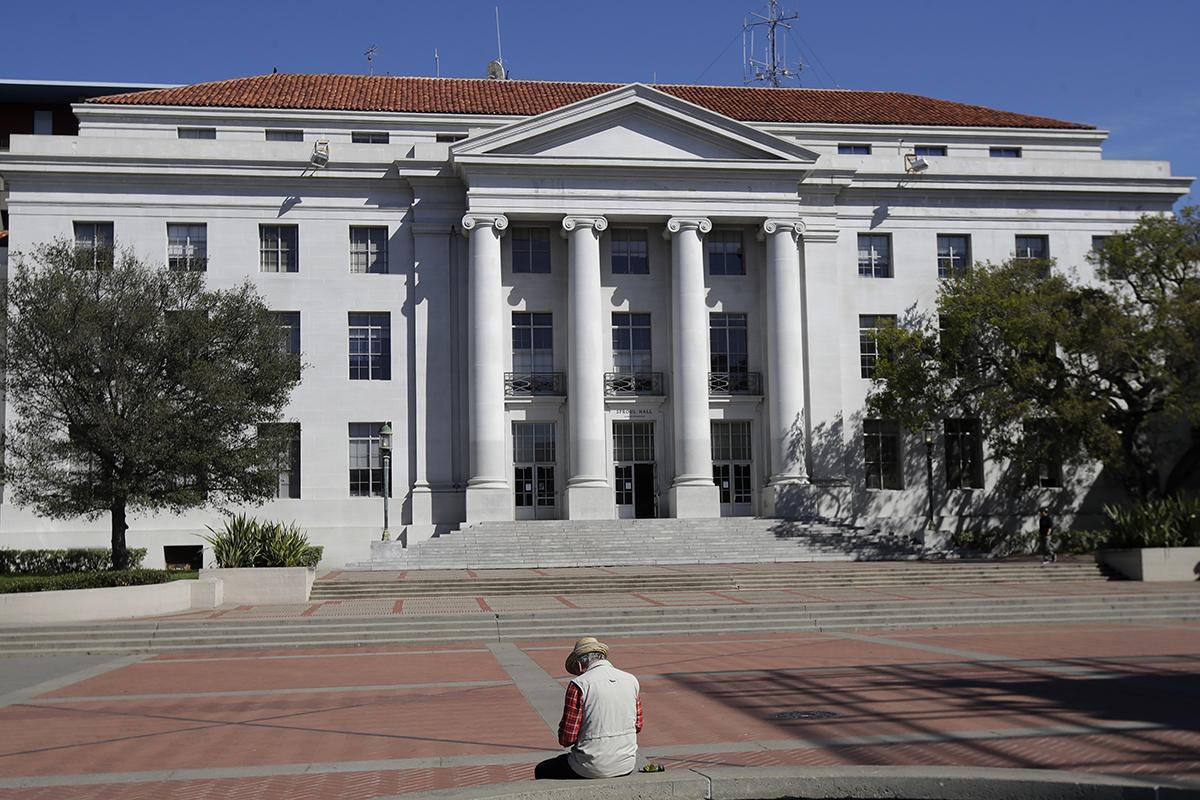 California voters could have the opportunity this November to repeal a nearly 25-year-old ban on the use of race in admissions at the University of California. The UC Board of Regents voted June 15 to endorse a ballot initiative that would repeal the 1996 law banning “preferential treatment” for minorities applying to the state college system.

Proponents of the change claim minority representation on the system’s 10 campuses has dwindled and affirmative action would help rebalance admissions.

University President Janet Napolitano cheered the vote, but not everyone supports the repeal.

“This is a troubling trend where our public university in the state is taking backwards steps in history to allow racial favoritism in college admissions,” Crystal Lu told The San Diego Union-Tribune. Lu serves as president of the Silicon Valley Chinese Association Foundation, which opposes affirmative action. She said the preferential use of race in admissions will unfairly deny the rights of those who succeed through hard work and perseverance.

The proposed amendment to the state constitution gained approval from the state Assembly on June 10. The Senate has until Thursday to decide whether to put the issue on the November ballot for voters to decide. —L.E. 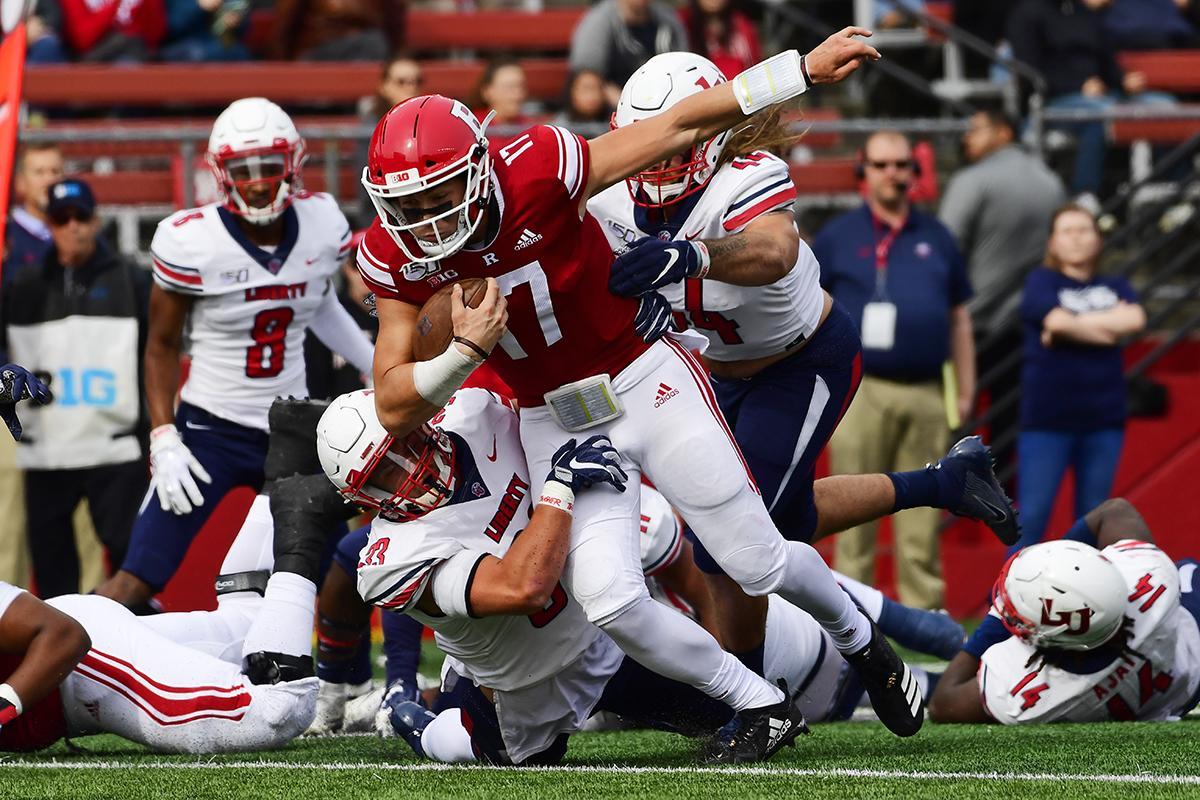 Rising sophomore football players Tayvion Land and Kei’Trel Clark announced Monday they will not return to Liberty University due to what they saw as displays of racial insensitivity from leadership.

“I pray that I am able to be provided with a opportunity at a new school that respects my culture and provides a comfortable environment. Bless it! #BLM” Land tweeted, saying he was entering the NCAA transfer portal.

Land and Clark, starters and stand-out athletes for the Liberty Flames, aren’t the only ones looking for a change. Senior linebacker Waylen Cozad tweeted that he was transferring and “ready for new opportunities.” And Liberty women’s basketball guard Asia Todd announced her intent to transfer earlier this month, also citing “racial insensitivities.”

Established in 2019, the NCAA transfer portal allows student-athletes to publicly declare their intention to transfer and speak freely with other schools of interest without violating college athletic rules. —L.E.

On October 9, 2012, Taliban militants shot 15-year-old Malala Yousafzai in the head while she rode the bus home from school. Last week, she received her philosophy, politics, and economics degree from Britain’s Oxford University.

Yousafzai has long advocated for education for girls in her native Pakistan. After making a full recovery from the attack, she resumed her advocacy work and won a Nobel Peace Prize in 2014.

The new grad, now 22, posted pictures on social media celebrating the milestone, saying it was “hard to express my joy and gratitude right now.” —L.E.