A homeschooling family in Germany plans to appeal for an extraordinary judgment from the European Court of Human Rights (ECHR) after suffering a significant setback last week. A seven-judge panel of the ECHR ruled Thursday that a German law against homeschooling did not violate the fundamental rights of the Wunderlich family.

The Wunderlichs chose homeschooling for a combination of reasons, including their Christian faith. In August 2013, more than 30 police officers and seven social workers surrounded the Wunderlich home and forcibly removed their four children. After three weeks, the government sent the children home, gave the parents partial custody, and forced the family to enroll the children in public school.

After courts in Germany upheld the ban on homeschooling, the Wunderlichs appealed to the ECHR, which oversees cases related to the European Convention on Human Rights signed by Germany and other European states.

“They were hopeful,” said Robert Clarke, director of European advocacy for ADF International, Alliance Defending Freedom’s global branch, and the lead attorney representing the Wunderlichs in the case. “Unfortunately, on Thursday we saw a decision from the European Court of Human Rights which doesn’t vindicate their rights. In fact, it upholds the criminal prohibition in Germany on homeschooling.”

“It is upsetting that the European Court of Human Rights has not recognized the injustices we have suffered at the hands of the German authorities,” he said.

Most European nations permit homeschooling in some form. German officials have argued throughout the case in support of their ban, stating that allowing homeschooling would create parallel societies. Clarke pointed out that has not happened in the United States, where more than 2 million children are homeschooled.

The family is considering its options, one of which is an appeal to the Grand Chamber of the ECHR. If that happens, the case would be heard by a 17-member panel of judges, each from a different country.

“The Grand Chamber doesn’t take many cases, but it does take cases that are exceptionally interesting for different reasons,” Clarke said. He hopes the court will hear the case “because of the scale of the violation, because of the fact that this affects this family [and] there’s also others in Germany and probably many more beside who would choose to homeschool or home educate in some way, but for the fact of this law existing.” 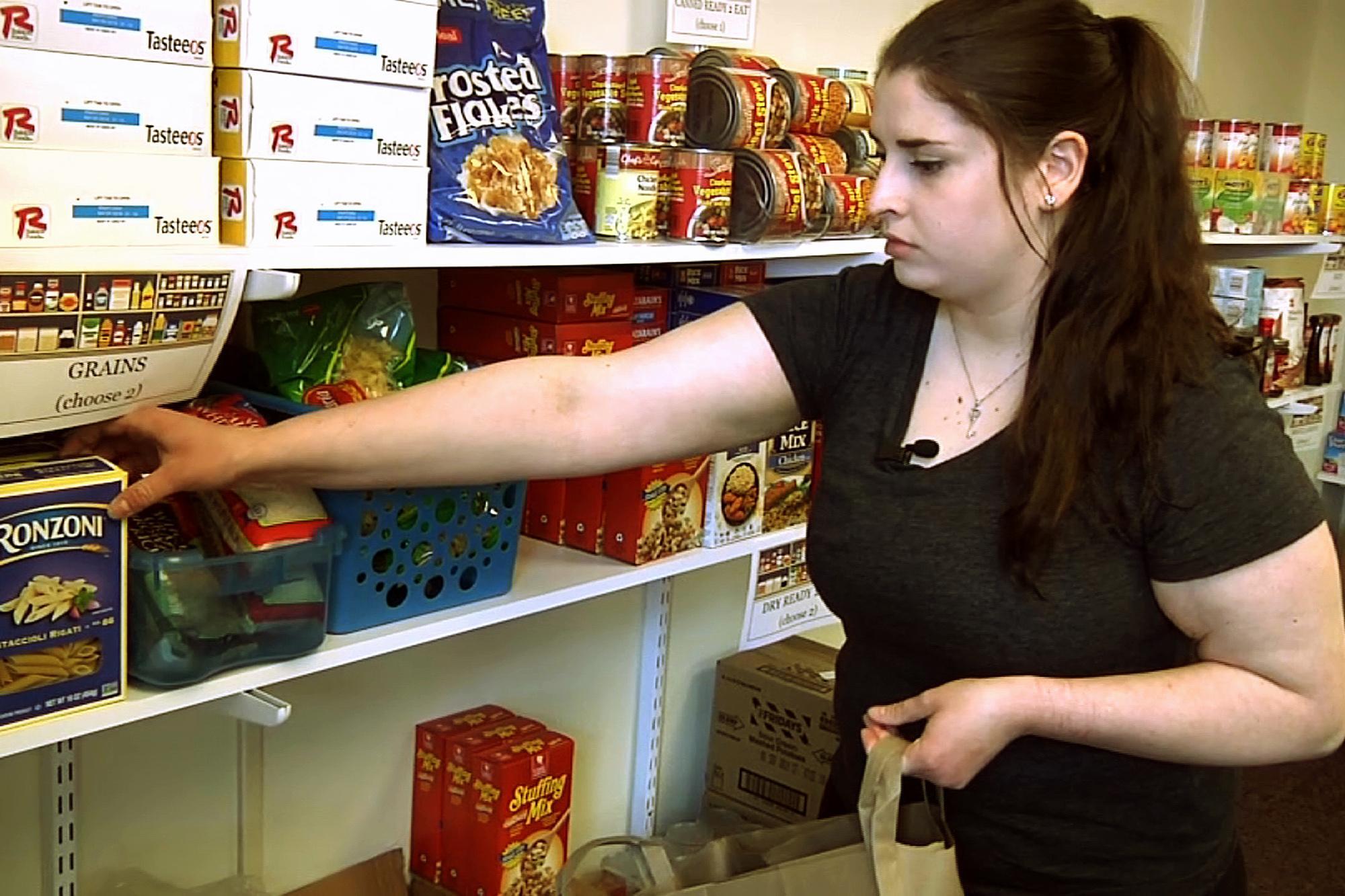 A recent report from the U.S. Government Accountability Office (GAO) found “food insecurity” for college students has become a troubling national issue. The authors reviewed 31 published studies and concluded that more than a third of college students were not getting enough to eat.

The report described how campus demographics have changed over the last decade, putting traditional students—those who start college right out of high school and remain financially dependent on their parents—in the minority. Most of today’s college students instead juggle real-world responsibilities like raising families, working odd hours, and commuting. The GAO contends those competing obligations can leave low-income and first-generation students vulnerable to hunger.

Churches also have joined the charge, offering free meals for college students. Some, like Oaklawn Baptist Church in Crossville, Tenn., have even gone so far as to bring the meals to campus. The church coordinates with Baptist Collegiate Ministry to serve lunches to students at nearby Roane State Community College.

“We saw such a need here,” Oaklawn Pastor David Mahan said. “Some kids are here all day.” —L.E. 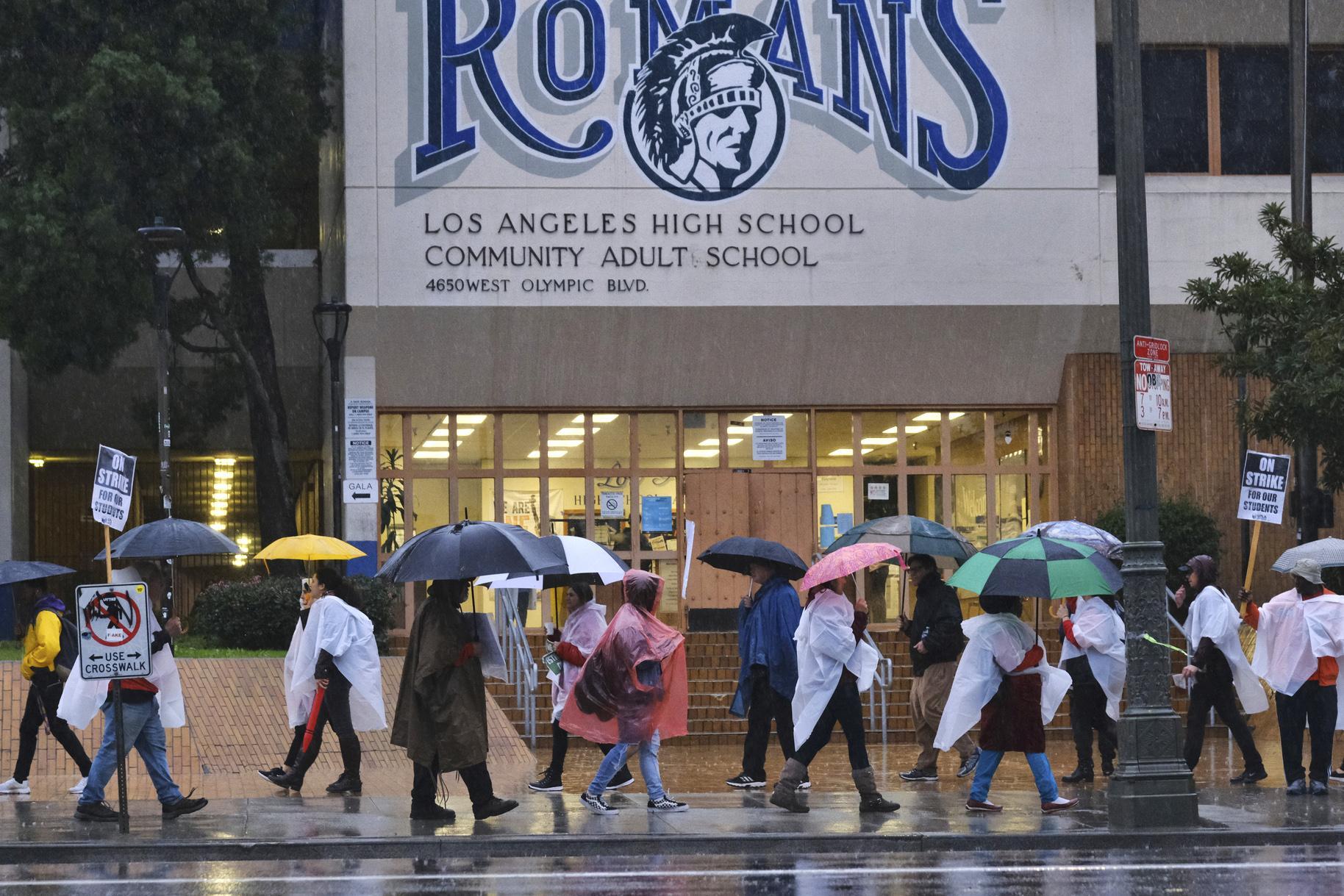 Students at public schools in Los Angeles browsed the internet, watched TV, and shuffled from auditorium to auditorium under the supervision of a skeleton crew of substitutes during the first day of a teacher strike Monday.

“They’re not learning anything, and you know that,” said parent Taehyn Kim, who ended up collecting his two sons early on Monday after they complained they were just sitting around playing chess on their iPads. Like many parents, Kim plans to keep his children home during the strike.

The Los Angeles Unified School District, the second-largest public school district in the country, contends it made fair offers to teachers, including added staff, reduced class sizes, and a 6 percent raise over the next few years, but the United Teachers Los Angeles union walked away from the bargaining table Friday, insisting on a 6.5 percent raise paid retroactively to 2017. The district claims acquiescing to that demand would leave it financially insolvent. Officials said they are ready to negotiate at any time and are waiting for the union to return to the bargaining table.

Meanwhile, the buses are still running, lunches are being served, and students are “safe and learning,” Superintendent Austin Beutner said. But some parents dispute that last claim. The district combined classes and hired hundreds of substitute teachers to get through the strike, creating an atmosphere that parent Kathleen Whitehead described as “semi-organized chaos.” —L.E.