A federal judge last week struck down an Obama-era regulation that required medical professionals to perform abortions and gender-transition procedures despite their religious convictions. The decision comes as a relief to Christian physicians like Mike Chupp, a general surgeon in Bristol, Tenn. Chupp, who is also CEO of the Christian Medical and Dental Associations (CMDA) said that if the 2017 rule stood, it might have required him to perform surgeries against his Christian convictions such as a mastectomy on a teenage girl who identified as a boy.

The recent ruling by U.S. District Judge Reed O’Connor of Texas, an appointee of President George W. Bush, made permanent a 2017 order blocking a part of the Affordable Care Act barring discrimination in healthcare on the basis of “gender identity and termination of pregnancy.” O’Connor’s ruling sends the matter back to the U.S. Department of Health and Human Services (HHS) for reconsideration. That should not prove difficult for the agency: Last May, the Trump administration proposed a new rule that would preserve the right of health professionals and insurers to decline to perform or pay for the objectionable procedures.

A group of states and religious plaintiffs, including the Franciscan Alliance and the CMDA—all represented by Becket—filed the lawsuit in August 2017. The court found the regulation outside the scope of HHS rule-making authority and said it violated the 1993 Religious Freedom Restoration Act.

Medical professionals may breathe easier after the decision, but the American Civil Liberties Union and the River City Gender Alliance might keep fighting on appeal. The case could affect how the Supreme Court rules in twin cases that were argued earlier this month. In Harris Funeral Homes v. EEOC, the court is considering whether Title VII of the Civil Rights Act, which prohibits employment discrimination based on sex, covers gender identity. And in its companion case, Bostock v. Clayton County, Georgia, the justices must decide if Title VII bars discrimination based on sexual orientation.

Chupp said patients need Christian doctors to stay in the field of medicine. “Christians take care of the poor, take lower salaries, take care of refugees, and take care of those on the fringe who are uninsured,” he said. “That’s why religious freedom is just so critical for us to protect.” 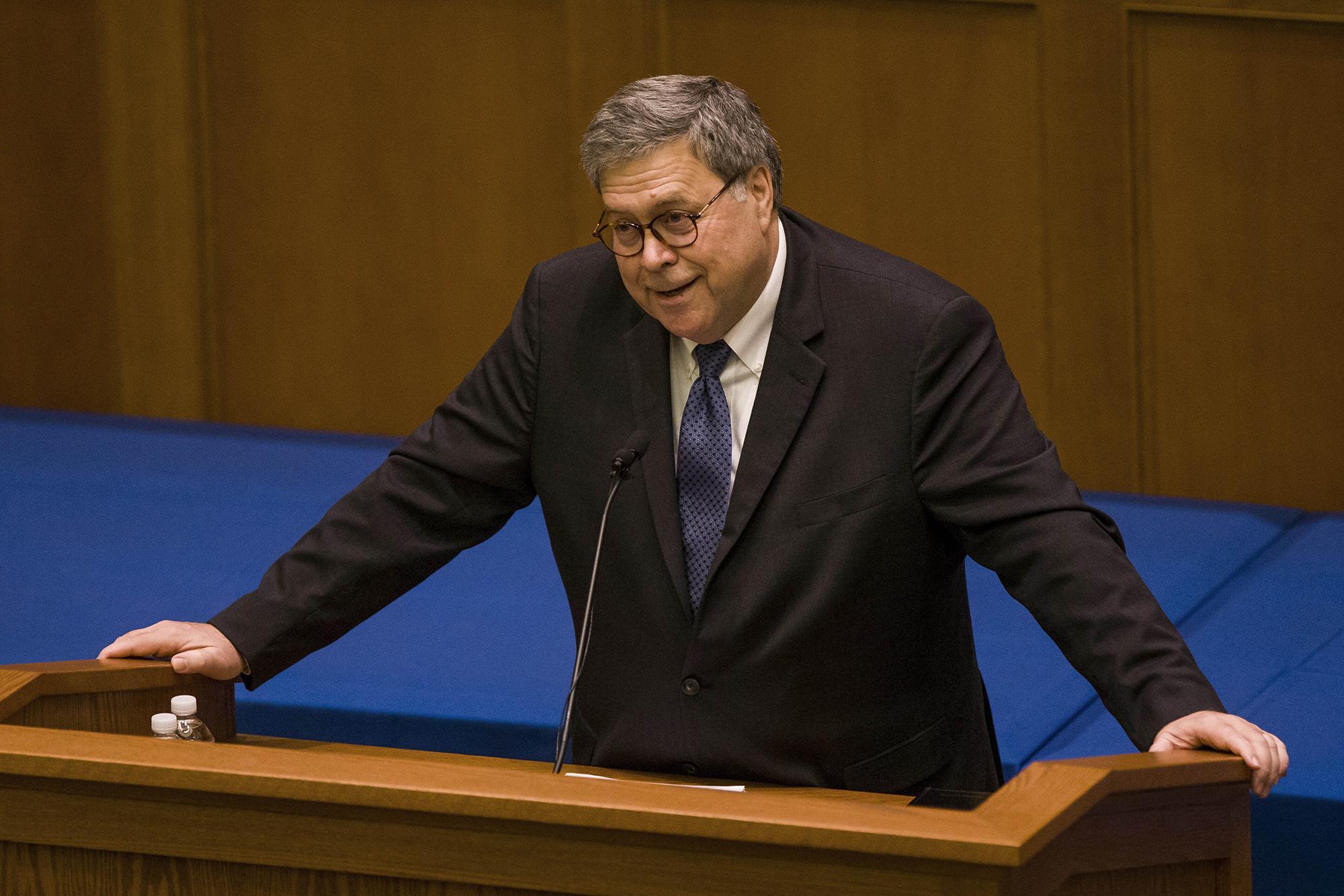 U.S. Attorney General William Barr took on “militant secularists” in an Oct. 11 speech to the law school at Notre Dame University. “They are not content to leave religious people alone to practice their faith,” Barr said. “Instead, they seem to take delight in compelling people to violate their conscience.”

Barr warned of secularist attempts to force students in public schools to learn lessons that violate families’ religious beliefs, state policies that deprive religious schools of generally available funds, and efforts to force religious schools to adhere to secular orthodoxy on topics like same-sex marriage. “Taken together, these cases paint a disturbing picture,” Barr said. “We see the state requiring local public schools to insert themselves into contentious social debates, without regard for the religious views of their students or parents.”

The Trump administration is on track to file more friend-of-the-court briefs and statements of interest in religious liberty cases than either the Bush or Obama White Houses. The attorney general promised to continue to fight for religious liberty, and he called on law students to “resist efforts by the forces of secularization to drive religious viewpoints from the public square.” —S.W.

A Maryland student lost her appeal in a lawsuit complaining that religion lessons in her high school impermissibly advanced Islam. In February, the 4th U.S. Circuit Court of Appeals ruled against Caleigh Wood, who attended La Plata High School, and the Supreme Court last week declined to review the case. During Wood’s junior year in 2014-2015, a PowerPoint slide shown in class claimed most Muslims’ faith is stronger than the average Christian’s. She also said a fill-in-the-blank assignment required students to write, “There is no god but Allah and Muhammad is the messenger of Allah,” a traditional Muslim profession of faith. In its ruling, the 4th Circuit said school officials did not “impermissibly endorse any religion and did not compel Wood to profess any belief,” and the Supreme Court let the ruling stand. —S.W.

The Equal Employment Opportunity Commission (EEOC) filed a discrimination lawsuit against a Pennsylvania company where workers say a supervisor derided their Puerto Rican heritage and ridiculed their Pentecostal beliefs.

The EEOC seeks back pay, reinstatement, and compensatory and punitive damages under Title VII of the Civil Rights Act of 1964, which prohibits discrimination and harassment based on national origin or religion. —S.W.