Operation Save America plans to go ahead with weekend event

A federal judge issued a temporary restraining order against 11 pro-life activists a day before their planned protest in front of a Kentucky abortion center.

Judge David Hale issued the order on Friday against 11 participants in Operation Save America, whom police arrested in May for allegedly blocking the entrance of EMW Women’s Surgical Center in Louisville. The center is Kentucky’s sole operating abortion facility.

The order prohibits the pro-lifers and anyone “acting in concert of participation” with them from entering a buffer zone around the abortion center during their event “For Such a Time as This” planned for the weekend.

The zone is a 7½-foot wide swath extending 14 feet from the abortion center entrance.

“We’re going to do what we always do. We’re going to exercise our ministry on the sidewalk, and let the chips fall where they may,” said Rusty Thomas, director of Operation Save America.

Federal prosecutors claimed last week that Thomas, James Soderna, Thomas Raddell, David Graves, Laura Buck, Chris Keys, James Zastrow, Eva Edl, Eva Zastrow, Dennis Green, and an unnamed minor violated the 1994 Freedom of Access to Clinic Entrances (FACE) Act on May 13 when they “sat down with their backs against EMW’s doors and refused to move from the entrance.”

The FACE Act prohibits using physical intimidation, obstruction, or injury to stop someone from “obtaining or providing reproductive health services.”

Video of the May demonstration, posted by Operation Save America, shows pro-lifers sitting, standing, and walking around in front of the abortion center. Some held signs while others prayed aloud.

Federal prosecutors wrote that the 11 pro-lifers kept anyone from entering or leaving the abortion facility through the front doors. But Mat Staver, chairman of Liberty Counsel, said the facts may tell a different story.

“Like Proverbs says, ‘He who states his case first seems correct, until another comes forth and challenges him,’” Staver told me. “We’ve found that oftentimes the real facts may not support these kinds of allegations about blocking.”

Staver defended a similar case five years ago when then–U.S. Attorney General Eric Holder levied charges against pro-life sidewalk counselor Susan Pine. Holder claimed she had violated the FACE Act by blocking the entrance of an abortion center. But he dropped the case, and the Department of Justice agreed to pay $120,000 in lawyer fees after a judge ruled the charges were frivolous: Pine had merely offered literature to passengers of a car and allowed them to proceed to the abortion center.

Whether or not the court finds the 11 pro-lifers guilty of violating the FACE Act, Staver said that from their perspective, “No question, what’s at stake is a human life.”

“These people that are there are dedicated to helping innocent, defenseless children. So the ethics is not so much what their actions are. The ethics is what’s going on in this abortion clinic,” he said. The dismemberment of unborn children by abortion, he added, is “no different” from Nazis killing Jews during the Holocaust: “In some places, you received the death penalty for assisting a Jew. And history now looks at these people as heroes who put their own life on the line. And I think history will do the same for people today that are standing up for the preborn.”

A hearing is set for Monday. 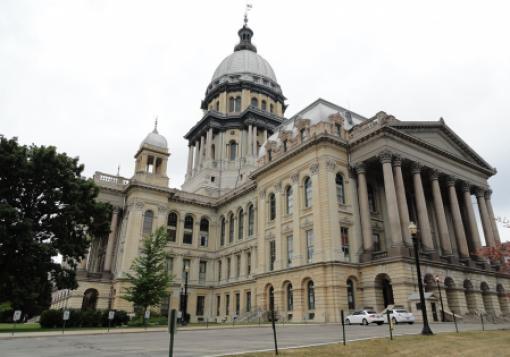 A federal court issued a preliminary injunction against an Illinois law that pro-lifers said violated their freedom of speech and religion by forcing them to promote abortion.

The law required healthcare facilities and doctors to “ensure that conscience-based objections do not cause impairment of patients’ health.”

The National Institute of Family and Life Advocates, four pro-life pregnancy centers, and a physician filed suit last year against the law, which they said would force them to tell patients about the benefits of abortion and refer them, upon request, to abortionists, which “would violate their religious and ethical principles and conscience.”

The court wrote, “It is clear that the amended act targets the free speech rights of people who have a specific viewpoint.” It added that the pro-lifers had shown a “better than negligible” chance of proving their case.

“The government is out of line when it attempts to force Americans to communicate a message that is contrary to their most deeply held beliefs,” Alliance Defending Freedom attorney Elissa Graves said. “In addition, the state shouldn’t be robbing women of the freedom to choose a pro-life doctor by mandating that pro-life physicians and entities make or arrange abortion referrals.”

Pro-life groups have challenged similar laws in numerous states. Most recently, a group of pregnancy centers filed suit against Hawaii’s new law requiring them to post signs advertising the state’s “family planning services,” which include abortion.

Courts have struck down similar compelled-speech laws in at least four other states. California faces ongoing litigation against its law requiring pro-life pregnancy centers to tell women where to get an abortion. —S.G. 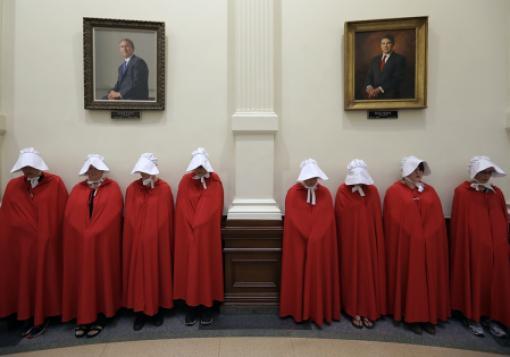 Abortion groups filed suit against Texas for its new law banning an abortion procedure known as dilation and evacuation, or “dismemberment abortion.”

The law bans abortions that tear children apart in the womb and remove them piece by piece, requires a “dignified disposition” of fetal remains, and establishes criminal penalties for violations.

Texas Attorney General Ken Paxton said the new law “protects the dignity and sanctity of human life, along with the integrity of the medical profession,” and he was honored to defend it.

Meanwhile, Texas legislators are considering a number of other pro-life bills in a special session called by Gov. Greg Abbott.

The session kicked off last week with discussions of the state’s proposed transgender bathroom bill. But pro-life bills on the agenda include a measure that would redirect funding from abortion centers, one to strengthen reporting laws on abortion, and another that would require individuals to purchase a special policy to cover abortion.

Another, not listed in Abbott’s pro-life legislative wish list, would make doctors forfeit their medical licenses for performing abortions. —S.G.

Moms—even those addicted to drugs—may be the best medicine for their newborns suffering from withdrawal symptoms. At least, that’s what the latest evidence shows for the soaring number of opioid-dependent babies.

Some hospitals are allowing drug-addicted mothers to stay with their newborns more frequently and filling the gaps with volunteer “cuddlers.” The babies thrive on human contact. In one study, babies who got cuddled by an adult while they underwent withdrawal needed drastically less morphine to be able to eat or sleep and spent much less time in the hospital. —S.G.

Daleiden found in contempt of court

A federal judge last week held pro-life activist David Daleiden in contempt of court for sharing video footage obtained clandestinely at meetings of the National Abortion Federation. The videos were subject to a gag order issued by Judge William Orrick in San Francisco as part of an ongoing lawsuit against the Center for Medical Progress, which Daleiden oversees.

The footage was posted in May on the website of the attorneys defending Daleiden from criminal charges in California. The center argues the gag order violates Daleiden’s constitutional rights because it prevents him from releasing the footage even to law enforcement in his defense. Orrick fined Daleiden and his defense attorneys $136,000, and they said they planned to appeal the ruling, according to the National Catholic Register. —S.G.

A mother has sued an Italian hospital for a chemical abortion that didn’t kill her child, who is now 3 years old.

By the time in 2013 the woman found out she was still pregnant, doctors told her she needed a surgical abortion, Newsline reported. She opted to carry her baby to term.

The mother has Crohn’s disease, an inflammatory disease that affects the entire digestive tract. Her condition has allegedly progressed, and she is now unemployed and struggling to make ends meet. She is seeking over 200,000 euros and an additional monthly support check from San Paolo hospital in Milan. —S.G.

The Operation Save America is a week long event, from Sat. 22nd to Sat. 29th in the AM

Samantha, these updates are invaluable. Thanks!