Some colleges revert to remote learning as COVID-19 cases surge

A parent helps a student move out of her dorm room at the University of North Carolina at Chapel Hill on Aug. 19. Associated Press/Photo by Julia Wall/The News & Observer

“I kind of expected it, but I’m just kind of disappointed in my classmates and the people that are out partying because now I can’t finish my college experience,” she said. “I know that we’ll be back one day, but it’s just sad right now.”

Students returned to the UNC campus earlier this month to prepare for the start of classes on Aug. 10. But the school abruptly switched to online learning one week into the fall semester after four clusters of COVID-19 cases cropped up in its student population of nearly 30,000. University officials linked 130 infections to dorms and a fraternity house and cited back-to-school social gatherings as the likely culprit. Students signed an agreement upholding new “community standards” such as wearing a mask and social distancing, but reports quickly surfaced of on- and off-campus events that defied school rules, as well as state guidelines.

University officials defended their planning for the fall, saying they provided a detailed roadmap for a return to campus life at the state’s flagship public university.

“I don’t apologize for trying … for giving this campus the opportunity to return to its mission on behalf of the interest of the people in North Carolina,” UNC Provost Robert Blouin said at a Faculty Executive Committee meeting. “I really do believe that if all the earlier assumptions would have played through that we would have had a very good shot of making this work.”

Those assumptions included that students would take the virus seriously and follow university protocols.

But a scathing editorial in The Daily Tar Heel student newspaper challenged Chancellor Kevin Guskiewicz, Blouin, and the UNC Board of Governors to take responsibility, declaring they should have planned a virtual start from the outset and admit, “We all saw this coming.”

Before classes started, dozens of students and staff members organized a “die-in” protest on Aug. 5, lying on the ground outside the building that houses the university’s administrative offices. The protesters urged the school to shift to online classes and only open dorms for those with no other options.

Pressure came from outside, too. The Orange County Health Department sent a letter to Guskiewicz in late July raising concerns about students congregating in off-campus areas like bars and restaurants. Officials recommended at least five weeks of online instruction to begin the school year.

Just days after UNC made the switch, the University of Notre Dame did the same after testing revealed nearly 150 active cases of COVID-19 among its student body. Rather than send students home, the Catholic institution moved all classes online for two weeks, strictly limited activities, and closed some areas of campus. Last week, Michigan State University still had a few weeks before classes were scheduled to resume on Sept. 2, but officials preemptively scrapped plans for in-person instruction. MSU students will begin their year virtually instead.

Some schools are implementing disciplinary policies to enforce health guidelines: Syracuse University on Thursday suspended 23 students who attended a spontaneous gathering on the campus quad, Purdue University suspended 36 students last week who attended a party, and Penn State University temporarily shut down a fraternity that hosted a live party.

The situation is changing rapidly, said Mildred García, head of the American Association of State Colleges and Universities. It’s enough to keep university presidents up at night as they struggle to balance health risks with educating students.

“They’re doing all they can—and yet these are young people,” she said. “When we think back about when we were young, sometimes you think you’re invincible.” 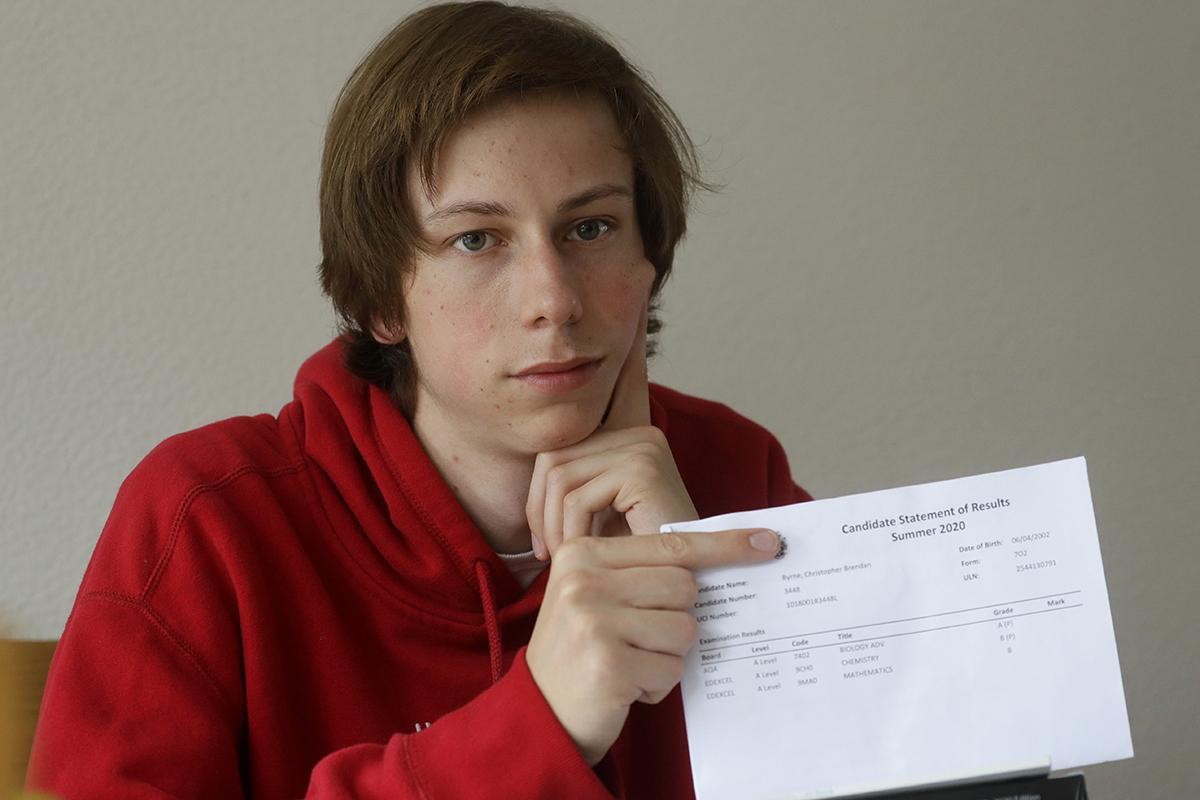 British education officials reversed course last week on the country’s controversial replacement for A-level final high school exams. The algorithm used to predict the results of the canceled exams yielded lower-than-expected scores for hundreds of teens and left many ineligible for their dream schools.

“It has not been an acceptable experience for young people,” said Roger Taylor, chairman of U.K. exam regulator Ofqual. He apologized to students and their families, conceding that the move caused “real anguish and damaged public confidence.”

University-bound students in the U.K. typically take A-level exams—similar to the United States’ Advanced Placement tests or the International Baccalaureate assessments—after their 13th year of schooling. But the global coronavirus pandemic canceled this year’s spring testing, leaving Ofqual with no exams to grade. In its place, the company used a predictive algorithm based on previous years’ data from individual schools.

Countless teachers and students said the results simply weren’t fair. Many top students from underperforming schools expected to achieve high results but instead got mediocre grades.

Initially, the British government and Ofqual stood by the results, offering an appeal process or the option to retake the exams this fall. But the fierce outcry from students, parents, and teachers continued. Meanwhile, Scotland reversed its similarly contested test scores.

Now, students will receive scores predicted by their teachers in addition to ones issued by the algorithm. They can keep whichever is higher.

But competitive university spots fill quickly once A-level results come out. Many students are already locked out of elite schools due to their earlier, lower scores. Government officials and universities are scrambling to open additional seats, but some students may need to consider a backup plan or gap year. —L.E. 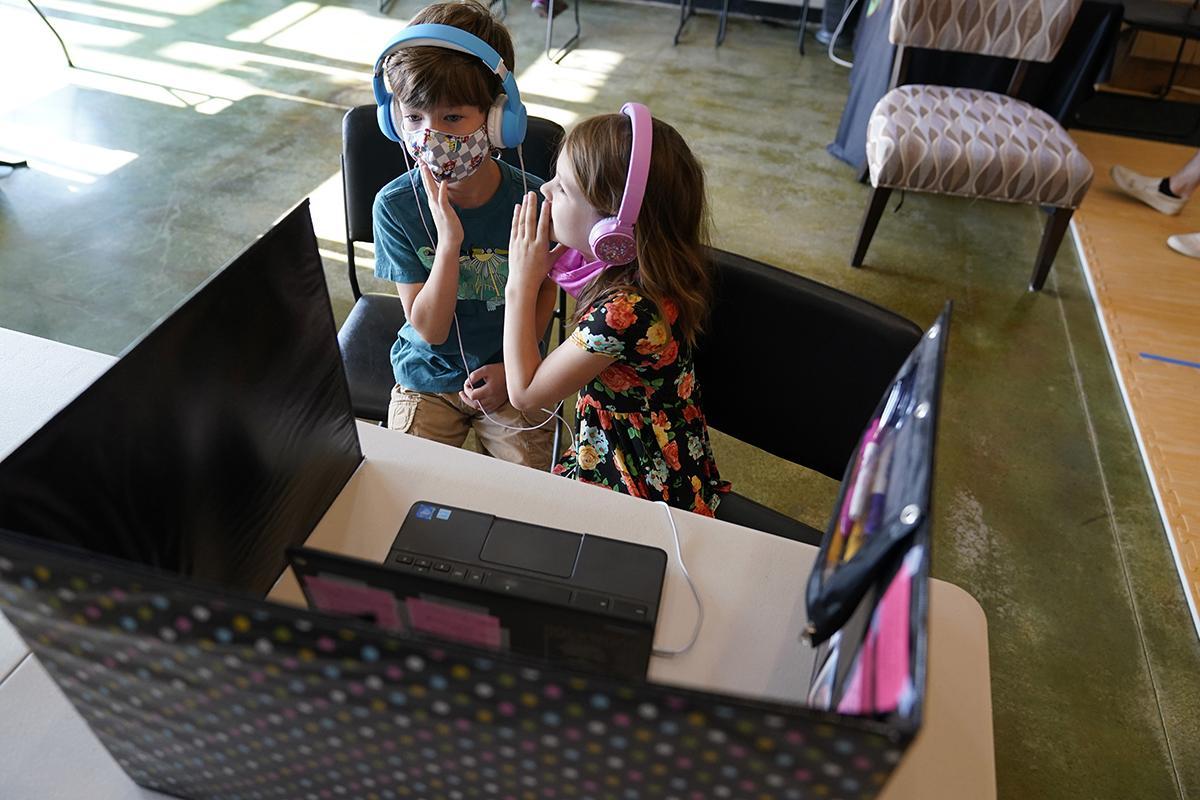 As some of the students in Nashville, Tenn.’s largest suburban school district logged in to online classes on Aug. 13, their parents received a letter asking them not to watch. The Rutherford County Schools wrote that it “strongly discourages nonstudent observation of online meetings due to the potential of confidential information about a student being revealed.” Parents were asked to sign a form noting that “violation of this agreement may result in RCS removing my child from the virtual meeting.”

After parents complained, district leaders revised the policy to allow observation but not recording. They also clarified their goal was to protect the academic privacy of classmates, not prevent parental involvement.

The touchy topic is playing out in other cities. Matthew Kay, a founding teacher at Philadelphia’s Science Leadership Academy, found himself in hot water earlier this month when he tweeted his concern that online classes would invite unwanted parental observers and undermine “safe spaces” where teachers discuss sensitive issues. Kay cited potential damage inflicted by “helicopter” and “conservative” parents on “the messy work of destabilizing a kid’s racism or homophobia or transphobia.” The thread drew thousands of outraged comments, and Kay eventually deleted the tweet.

“The fact you are worried that parents will hear what you are saying is deeply concerning,” one user commented. “When adults ask children to keep secrets from parents it is a sign of an abusive relationship. This is a huge red flag.”

Teacher and author Peter Heck wrote it was disappointing to see a fellow educator misunderstand his role as a friend and ally to parents: “No matter what Kay may think of their politics, parents will always be the most effective and important teachers a child will ever have.” —L.E.

A fourth-grade teacher in Pewaukee, Wis., is hammering out an innovative plan for her classroom this fall. Prairie Hill Waldorf School already encourages its students to explore the natural world on its 14-acre campus. Teacher Lindsey Earle decided to build an outdoor classroom with a canopy roof and a fire pit so that her students could spend more time outside where virus transmission rates are much lower.

It’s not just a Wisconsin thing. Temporary and semipermanent outdoor structures are springing up across the country, including Maine, California, and even New York City as school leaders seek creative solutions to pandemic problems. —L.E.