Babies born with a cleft palate, a disfiguring birth defect, generally face at least three reconstructive surgeries during childhood. But treating them may be easier after doctors in Bogota, Colombia, for the first time successfully repaired an infant’s cleft palate with stem cells harvested from umbilical cord blood. The technique offers hope for a double win: better treatment options for children with the birth defect and another breakthrough for nonembryonic stem cells, which can be used without killing a human embryo.

A cleft palate occurs when the tissue in the roof of the mouth of an unborn baby does not join together completely. Children born with it often face feeding difficulties, breathing problems, speech impediments, hearing impairment, dental abnormalities, and an increased risk of ear infections. A cleft palate affects approximately 2,700 children in the United States each year.

Umbilical cord blood stem cells can grow into almost any cell type and have been used in various medical studies to regrow or heal tissues. In the study published in The Journal of Craniofacial Surgery, researchers isolated stem cells from the umbilical cord of a child and froze them for later use. When the child reached 5 months of age, doctors used a small piece of absorbable biomaterial to build a scaffold and bridge the gap in the upper jaw. Then they injected the stem cells into a pocket of soft tissue.

Doctors can easily collect umbilical cord blood stem cells, and the procedure poses no risk to the baby or mother, the researchers said in a statement. 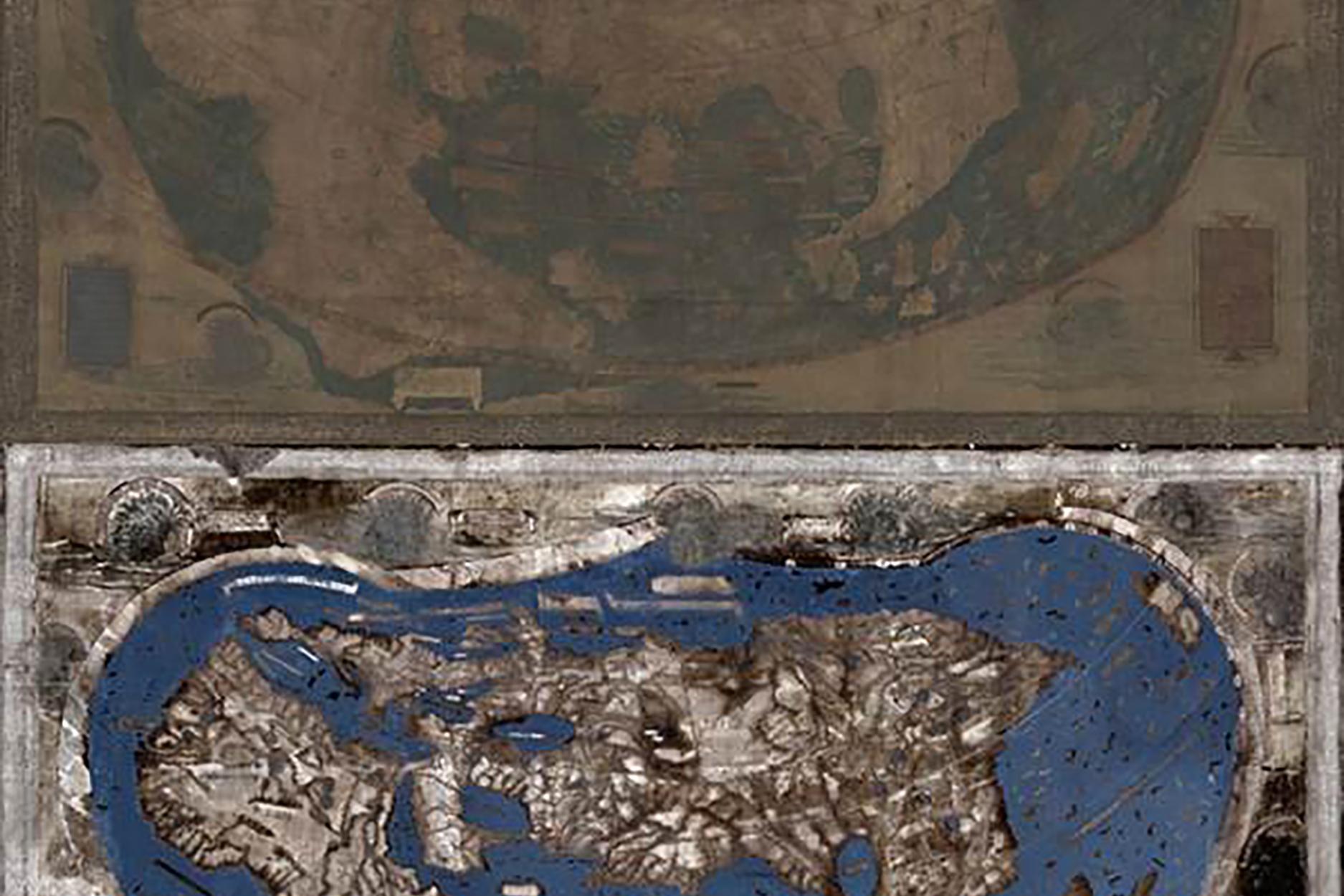 Americans celebrated Christopher Columbus’ 1492 voyage to the New World this week, so it’s a good time to learn about how cutting-edge technology revitalized a faded 1491 map, potentially shedding light on how Columbus gained his knowledge of geography.

Researchers used multispectral imaging, a powerful digital tool that uses various wavelengths of light to recover texts and images otherwise too damaged to view. “Almost all of the writing on the map had faded to illegibility, making it an almost unstudyable object,” Chet Van Duzer, the lead researcher on the project, told Live Science.

After recovering detailed images, Van Duzer concluded this map, or a version of it, likely influenced Columbus. Historical records show that Columbus’ son Ferdinand noted in a biography that his father rightly believed Japan ran north to south. The 527-year-old document represents the only map of that time discovered so far that shows such an orientation for Japan, leading the research team to believe that Columbus used it as a resource to inform his understanding of the known geography of his day.

Scientists also believe that cartographer Martin Waldseemüller used the document as a reference in 1507 to create a map that included the New World. According to Van Duzer, Waldseemüller named the New World “America” based on the misconception that the Italian explorer Amerigo Vespucci discovered it. When Waldseemüller realized his error, he tried to change it, but by then other mapmakers had already copied it. The name “America” was here to stay, Van Duzer said. —J.B. 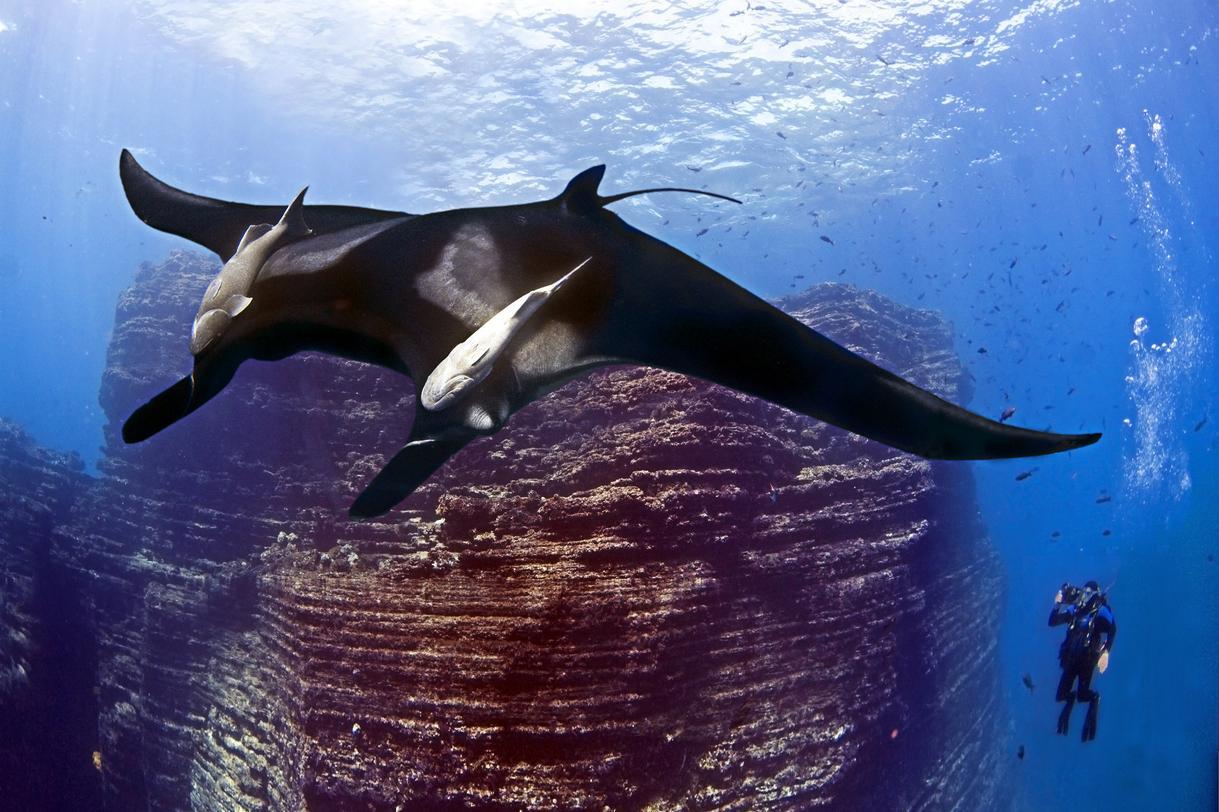 Manta rays, gentle sea giants that can weigh thousands of pounds and boast a wingspan longer than 20 feet, intrigue engineers, who are now trying to replicate the way God designed the rays’ water filtration system.

Scientists knew manta rays comb the sea for small prey and capture huge amounts of tiny plankton, smaller than the tip of a pencil. But they did not understand how the rays could manage to retain such small particles from the water or how their filtration system could work without becoming clogged. Now a study published in the journal Science Advances has uncovered the unique design of the sea creature’s filtration structure.

Most filtering systems work like a colander, retaining particles larger than their pores and letting water and smaller particles flow through. But the researchers discovered the manta rays use what the scientists termed a ricochet filter. In this system, the particles never actually come in contact with the filter but instead ricochet away and back toward the esophagus, while water takes a different path and exits through the gills. The filter doesn’t clog because the particles never make it that far.

Understanding the manta ray’s design might enable engineers to create a less expensive method of water filtration that could filter microplastics out of ocean water more efficiently. “This is huge from an engineering perspective,” Misty Paig-Tran, one of the researchers, said in a statement. —J.B.

A Goblin points to Planet X

Far beyond Pluto, at the very outer edge of our solar system, spins a 186-mile-wide dwarf planet astronomers affectionately named The Goblin, due to its discovery in 2015 around Halloween and the letters TG in its scientific name.

After studying Goblin’s orbit, astronomers at the Carnegie Institution for Science believe the tiny celestial body provides further evidence for the existence of Planet Nine, also known as Planet X, a hypothesized giant planet on the fringe of our solar system that no one has yet discovered. But astronomers believe it exists because the orbit of Goblin, along with several other objects in the outer region, suggests the gravitational pull of a much larger body tugs at it.

According to Carnegie researcher Scott Sheppard, discovering Planet X would redefine our knowledge of the solar system. “These distant objects are like breadcrumbs leading us to Planet X,” he said. “The more of them we can find, the better we can understand the outer solar system and the possible planet that we think is shaping their orbits.”

Sheppard estimates the chances that Planet X exists are about 85 percent. —J.B.

Maple trees: good for more than syrup and fall foliage

It’s that time of year when many parts of the country are popping with the brilliant hues of autumn. And researchers at the University of Rhode Island just discovered that colorful maple trees may offer more than just tasty syrup and brilliant fall foliage. According to their study, an extract from the leaves of red maples may help prevent wrinkles.

The protein elastin helps to maintain the skin’s elasticity. But over time, the enzyme elastase breaks down elastin, allowing wrinkles to form. The researchers discovered that compounds in maple leaves can inhibit elastase. Incorporating these compounds into a topical ointment could prevent wrinkles without injecting toxic bacteria into the skin, as Botox treatments do. It could also lighten age spots.

Clinical trials should begin soon. If successful, the extract could prove a boon for farmers in eastern North America, the only region where red and sugar maple trees grow.

“People look for medicinal plants all over the world, like the Amazon, India, or China,” Navindra Seeram, the lead researcher, said in a statement. “And we have an exotic plant right here in eastern North America.” —J.B.