Confronting the Islamic State in Africa

U.S.-led coalition recommits to ending the group’s reach across the continent

Islamic State–affiliated insurgents staged multiple brutal attacks over three days this month in Mozambique’s Cabo Delgado province, leaving about 50 civilians dead. Witnesses recounted how the extremists burned down homes and rounded up civilians in a soccer field to behead them. Insurgent violence in the oil-rich northern region since 2017 has killed more than 2,000 people and displaced more than 430,000 others. The local group, Ahlu Sunnah Wa-Jama, pledged alliance to the Islamic State Central African Province last year.

Ahlu Sunnah Wa-Jama is one of several Islamic State affiliates springing up across Africa, sparking concern among international counterterrorism groups. U.S. Ambassador Nathan Sales, the newly appointed special envoy for the Global Coalition to Defeat ISIS, in his first address last week, said the coalition would use what it learned in Iraq and Syria to defeat the group’s growing influence in Africa. During the Nov. 10 session co-hosted by Nigeria, Sales said the coalition remains focused on preventing an Islamic State resurgence in the Middle East but called the growth of its affiliates in West Africa particularly alarming.

U.S. Secretary of State Mike Pompeo designated Sales as the new envoy after James Jeffrey resigned this month. The U.S.-led coalition of more than 80 partners has worked since 2014 to defeat Islamic State. Mauritania became its 83rd member last week.

Attacks associated with affiliates of the terror group have killed nearly 5,000 people in West Africa this year, up from 2,700 in all of 2017. The Islamic State West Africa Province, an offshoot of Boko Haram, continues to harass northeastern Nigeria, bleeding across the border into Chad and Niger. The Islamic State in the Greater Sahara has claimed responsibility for attacks in Burkina Faso, including an ambush that killed 20 soldiers last week. The group is also active in Mali and Niger, and the Islamic State in Somalia has operated in the country and the wider Horn of Africa region since 2015.

Homegrown Islamic extremist groups like Boko Haram and other al-Qaeda affiliates also plague the continent. Sales said the region requires a response that goes beyond military force to curtail radicalization and recruitment, as well as foreign terrorist fighters and financing.

“We think it is important to quickly focus on specific, concrete efforts to help address aspects of the ISIS threat,” Sales said. “The counterterrorism capacities the coalition can help develop can be used to protect against any of those groups.”

But killing extremist leaders is not a definite sign of victory, said Akinola Olojo, a senior researcher in the Lake Chad Basin program at the Institute for Security Studies in Dakar, Senegal. He noted al-Qaeda and Boko Haram networks remain active despite the deaths of their founding leaders. He acknowledged that African countries would stand to benefit from lesson sharing and international cooperation, but whether it is effective depends on local governments and leaders.

“These plans have components that hold great potential but a lot of times the political will to implement policies and follow-through is lacking,” he said. “The real work or gamechanger must be inspired and owned by respective states.” 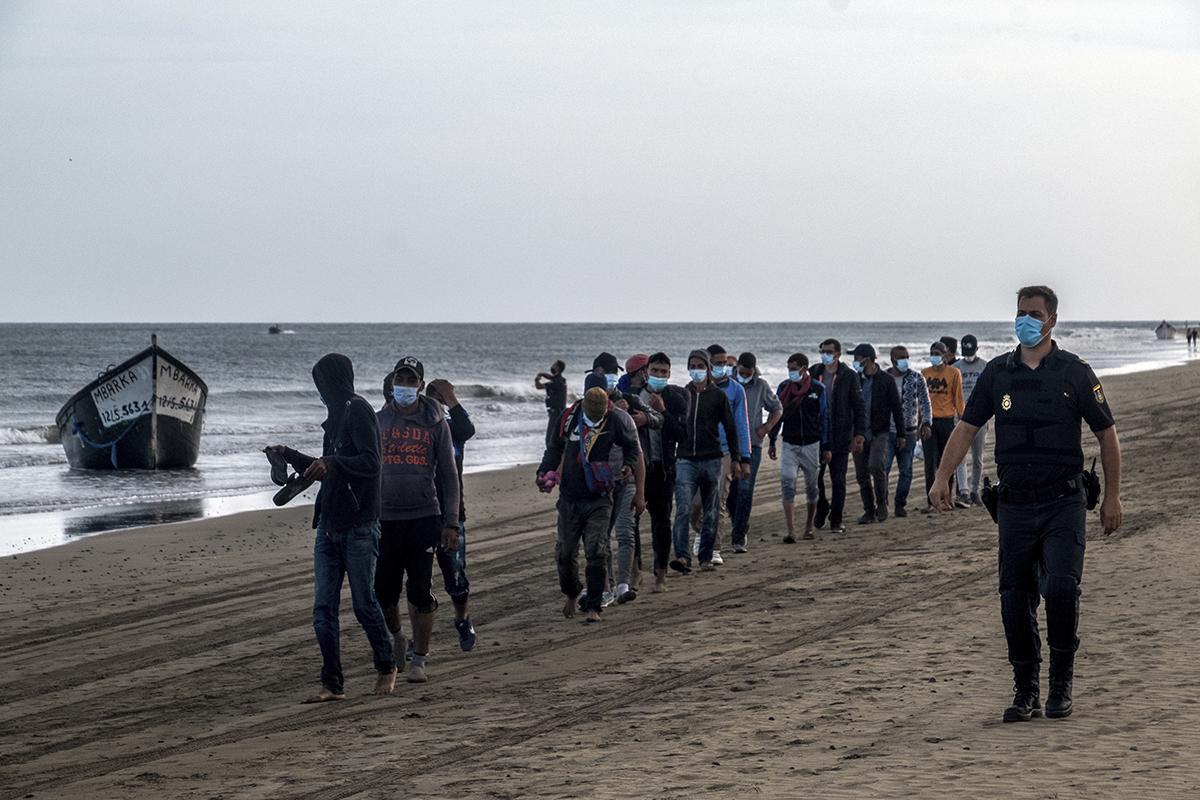 Spain’s Interior Ministry on Wednesday admitted about 200 migrants to a new camp on the Canary Islands. The location, a decommissioned military ammunition dump, can host up to 800 people in tents, the ministry said.

The new camp eased pressure on the single, temporary processing center on the island’s southwestern coast that is already overcrowded with nearly 2,300 migrants. More than 16,000 people, mostly from western Africa, have arrived at the archipelago this year—a 1,000 percent increase from the same time last year.

Island authorities have struggled to handle the influx. Many migrants sleep on concrete, and authorities detained several people for more than the 72-hour limit. More than 100 migrants released from the center this week received no guidance or support on finding homes or food. Local Mayor Onalia Bueno organized buses to take them to a facility in Las Palmas, the island’s capital city. “We had to take control of the situation because we couldn’t have all these people wandering the streets or the island without any means,” Bueno said. “These people have the right to dignified shelter just like all those being kept in hotels.” —O.O. 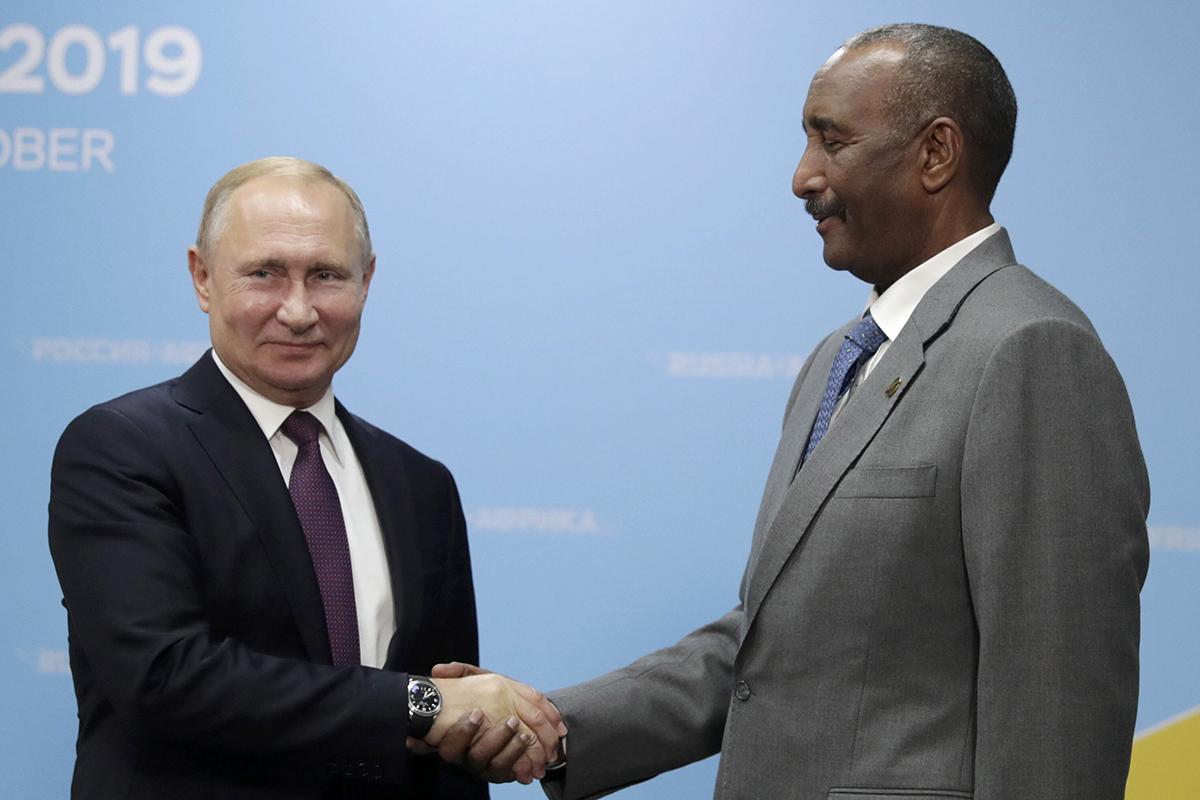 Russian President Vladimir Putin on Monday signed off on the government’s plan to build a naval logistics facility in Sudan. It could solidify Russia’s push for a military presence in Africa.

The base on the northern portion of Port Sudan would accommodate about 300 military and civilian personnel and up to four ships, including nuclear-powered vessels. Russia will also retain the right to bring in weapons, ammunition, and equipment. In May, the two countries signed a seven-year military and technology agreement. Russia’s state-controlled TASS news agency said the new facility would likely make it easier for the Russian navy to operate in the Indian Ocean. —O.O.

Greek authorities charged a 25-year-old Afghan national with child endangerment after his 6-year-old died during their illegal sea crossing.

The father and son joined a group of 25 people who departed from the Turkish coast hoping to arrive on the Greek island of Samos. But the dinghy capsized in the Aegean Sea. The boy’s body was found on the shores of Samos.

Dimitris Choulis, the father’s lawyer, told The Guardian that authorities delayed for many hours before mounting a rescue. He worried about the effect of the case on asylum-seekers. “If [asylum seekers] know that if you get into a boat with your family you will be criminally charged because you put them in danger, then we create more obstacles for people to arrive here,” he said. —O.O.

Suspected armed herdsmen killed at least 10 people and abducted 28 others during nearly two weeks of attacks in southern Nigeria.

Herdsmen have stepped up attacks against Christian farmers in the region. A Nigerian report this month revealed that farmers in Katsina and Zamfara state pay bandits taxes and harvest fees before they can access their crops to avoid abduction. —O.O.