Classrooms reopen around the world

Education can’t wait for the pandemic to end

A staff member takes the temperatures of students as they return to Kingsdale Foundation School last week in London. Associated Press/Photo by Kirsty Wigglesworth

Sporting backpacks laden with fresh notebooks and sharpened pencils, millions of children in countries around the world returned to school in recent weeks. Many expressed excitement for the new academic year despite the necessity of pandemic precautions like masks and social distancing.

“It felt fine going back to school,” said Eddie Favell, 11, after his first day at Kingsdale Foundation School in London. “I didn’t really think about corona.”

In Moscow, 10-year-old Eva Aldanova said she couldn’t wait to see her classmates and tell them she had missed them: “The first thing I will do at school will be greeting everyone and hugging.”

Britain and Russia join a host of other nations starting up local schools again after monthslong coronavirus shutdowns. In France last week, schoolchildren kissed their parents goodbye before pulling on their masks and joining classmates despite a surge in infection rates nationwide. “I know we are being careful,” said Jerome Continent, father of a first grader in the Paris suburb of Roissy-en-Brie. “The children also have to live.”

That sentiment prevails across much of Europe and the rest of the world: Risks exist, but children need to be in school.

“We cannot let children become the hidden victims of this pandemic by denying them the opportunities they so fundamentally deserve,” said Dr. Hans Henri Kluge, the World Health Organization’s regional director for Europe. The WHO estimates 1.6 billion children are missing out on education due to COVID-19, potentially setting the stage for what UN officials call a generational catastrophe.

But prioritizing face-to-face instruction for students during a global pandemic comes with the obvious hazard of spreading of the coronavirus through school populations. Germany brought back students in late spring with strict guidelines for hand-washing and social distancing. Despite precautions, some schools experienced outbreaks that led to weekslong closures.

Children in Asian countries quickly adapted to the new realities of temperature checks and desktop dividers, but sporadic disruptions remain a nagging problem. Students in Seoul, South Korea, reverted to virtual learning in late August amid a surge in COVID-19 cases, some of which were linked to schools. Officials allowed high school seniors to continue attending classes to prepare for college entrance exams. The rest of the students are scheduled to return on Friday.

Still, clusters of infections in primary and secondary schools worldwide remain infrequent. Most of the Nordic countries either returned to school in late spring or never shut down at all. A study analyzing infection rates among students in countries such as Finland and Denmark over the pandemic months showed no appreciable spikes related to school reopenings. It also revealed Sweden’s controversial decision to carry on with school and daily life produced very little spread of the virus in children.

Taiwan offers another spot of hope. Students there have masked up and steadfastly continued their education without pause for months now with no major outbreaks linked to schools. Taiwanese officials closed borders early in the pandemic and instituted a strict quarantine for returning travelers and extensive contact tracing protocols. The nation of nearly 24 million people experienced fewer than 500 cases of COVID-19 and only seven deaths.

Across central Asia, Africa, and Central and South America, tens of thousands of schools remain closed, and families on subsistence budgets lack internet access for distance learning. WHO and UN officials are urging governments to prioritize reopening their schools.

“We must not be blindsided by our efforts to contain COVID-19 and end up with a lost generation,” said Dr. Matshidiso Moeti, WHO regional director for Africa. “Just as countries are opening businesses safely, we can reopen schools,” 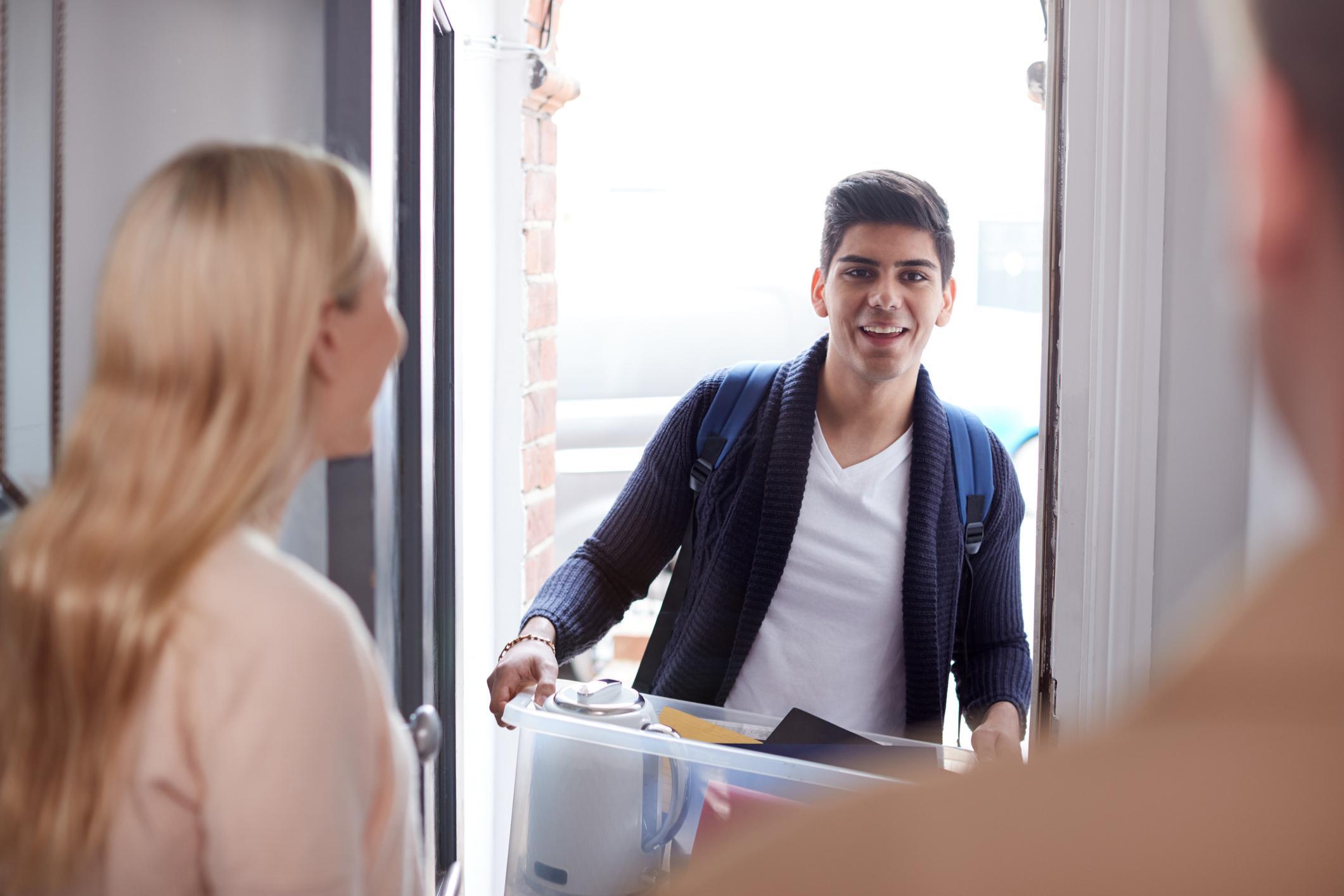 Instead of resigning themselves to dorm rooms on largely shuttered campuses or reoccupying their childhood bedrooms, some college students are attending virtual classes this fall from large homes they rent with friends. The houses need not be near any particular campus, and the friends don’t need to attend the same school. Group home rentals are cropping up in a host of interesting locales: Cape Cod in Massachusetts, the Rocky Mountains, Hawaii, and even Barbados. At a youth camp in Arizona’s Prescott National Forest, students can stay in cabins and take advantage of outdoor activities while still hopping on high-speed internet for class.

“Most college students don’t want to be home anymore,” George Washington University sophomore Yoni Altman-Shafer told The New York Times, which reported that the 20-year-old pitched the idea to his parents with a PowerPoint presentation. Altman-Shafer and his friends wanted to live somewhere adventurous but still inexpensive—and they promised to get their schoolwork done. Permission granted, the group is attending online classes at the Washington, D.C., school from an Airbnb rental in Colorado this term.

Social media photos of some of the roommate crews make the living arrangements look more like a wild fraternity house than a serious study zone. But others are approaching the situation with sobriety, even requiring COVID-19 testing for residents and signed contracts outlining acceptable behaviors. —L.E.

At least 10 elementary or secondary schools that previously sported names of well-known Confederate figures have changed them since June. One of those is the newly dubbed Tyler Legacy High School in Tyler, Texas, formerly named after Confederate Gen. Robert E. Lee, whose name has become a lightning rod of controversy during recent months of nationwide racial tension.

“That name was not a black supporter,” said sophomore Trude Lamb, who is originally from Ghana. The star athlete spoke to the district’s board of education this summer urging members to consider what it meant for students like her to sport Lee’s name on school apparel.

The switch in Tyler matches similar ones in Alabama, Texas, and West Virginia. Not everyone favors the changes, though.

“History is not there for you to like or dislike,” said Montgomery (Ala.) Public Schools board member Lesa Keith in response to audience comments at a July 14 meeting. “It is there for you to learn from it.” Keith, who retired as the social studies department head at the district’s Robert E. Lee High School, cast the lone “no” vote in the board’s 6-1 decision to change the school’s name. “If it offends you, even better,” he said. “Because then you are less likely to repeat it. It’s not yours to erase. It belongs to all of us.” —L.E.

Move over, robotics, high school students this school year can launch their STEM careers by joining a U.S. Department of Education challenge to build a cube-shaped research satellite that could undergo actual test flights if it reaches the final competition round. The Education Department developed the initiative to build technical skills in young people.

“This is such an exciting way to rethink education and get students engaged in hands-on learning in the growing aerospace and technology fields,” said U.S. Secretary of Education Betsy DeVos.

Up to five finalist schools will receive a share of cash and prizes and undergo intensive mentoring from experts in the field as they prepare their winning satellites for liftoff next spring. —L.E.