The child welfare agency in Kansas wants foster parents to affirm the gender identities of transgender children. But the move could significantly decrease the number of available families in a state with a record-high number of foster children.

Under the direction of Democratic Gov. Laura Kelly, the Kansas Department for Children and Families (DCF) distributed a document to child-placing agencies ahead of a regularly scheduled meeting on July 15. The informal three-page paper defined a handful of controversial terms, including gender expression, gender identity, and transgender. It said all youth should be recognized by their preferred gender identity, allowed to express their gender identity in personal grooming and clothing, and placed in homes that do not impose traditional gender roles on them. Anything other than embracing a child’s gender identity threatens their physical and emotional well-being, DCF said.

Within days of the document’s release, state legislators and pro-family advocates denounced DCF’s direction as a backhanded effort to impose progressive LGBT ideology on Kansas child-placing agencies. The DCF document also could be an attempt to circumvent a law passed by the Republican-led legislature last year that protects state adoption agencies from having to place children in homes that violate the group’s religious beliefs. Within days of winning the state gubernatorial election last November, Kelly said she and her staff would avoid enforcing that law.

DCF has defended the guidance document in recent weeks, saying it was simply a response to questions from agencies about how foster parents can better support transgender youth.

“The fact of wanting children we’re caring for to feel safe and welcome in their foster homes just shouldn’t be a controversial issue to anybody,” said Laura Howard, the top administrator at DCF.

But critics contend the document reads like a policy filled with imperative sentences. DCF presented it as an “update and review” of “transgendered placement positions/policies” at the July 15 meeting.

“When a government agency releases a document of this nature, or any sort of guidance document, it is a policy,” said Brittany Jones, director of advocacy for the Family Policy Alliance of Kansas. “That’s the force of government.”

DCF and child-placing agencies allow foster and adoptive parents discretion about what kinds of needs they are willing to serve. Some advocates worry that DCF will require placing agencies to keep a child’s biological sex confidential from potential foster families. The initial version of the document included a question-and-answer section that recommended parents place transgender children in bedrooms with children of the opposite biological sex.

Jones said the document signals to families who “hold a Biblical worldview or even a historic Judeo-Christian worldview of family and sex and gender that they are not welcome to be foster families in Kansas.” She has talked to Christian families in the last few weeks who want to care for vulnerable children as foster parents but are terrified the government will tell them what they can and cannot believe and say.

“There is nothing so stubborn as a fact,” said Chuck Weber, the executive director of the Kansas Catholic Conference. “Humans are born into this world with an indisputable biological reality—we are male or female. Now government, through the force of law, is trying to impose a new and dangerous ‘normal’ for human sexuality.”

The state legislature in California is also considering a bill that would add similar restrictions for foster parents working with transgender children. The measure would require foster parents to refer to youth by their preferred names and gender pronouns and allow them to wear clothing, groom themselves, and attend clubs and parades consistent with their gender identity. The measure passed in the state Assembly and is scheduled for a Senate committee hearing later this month. 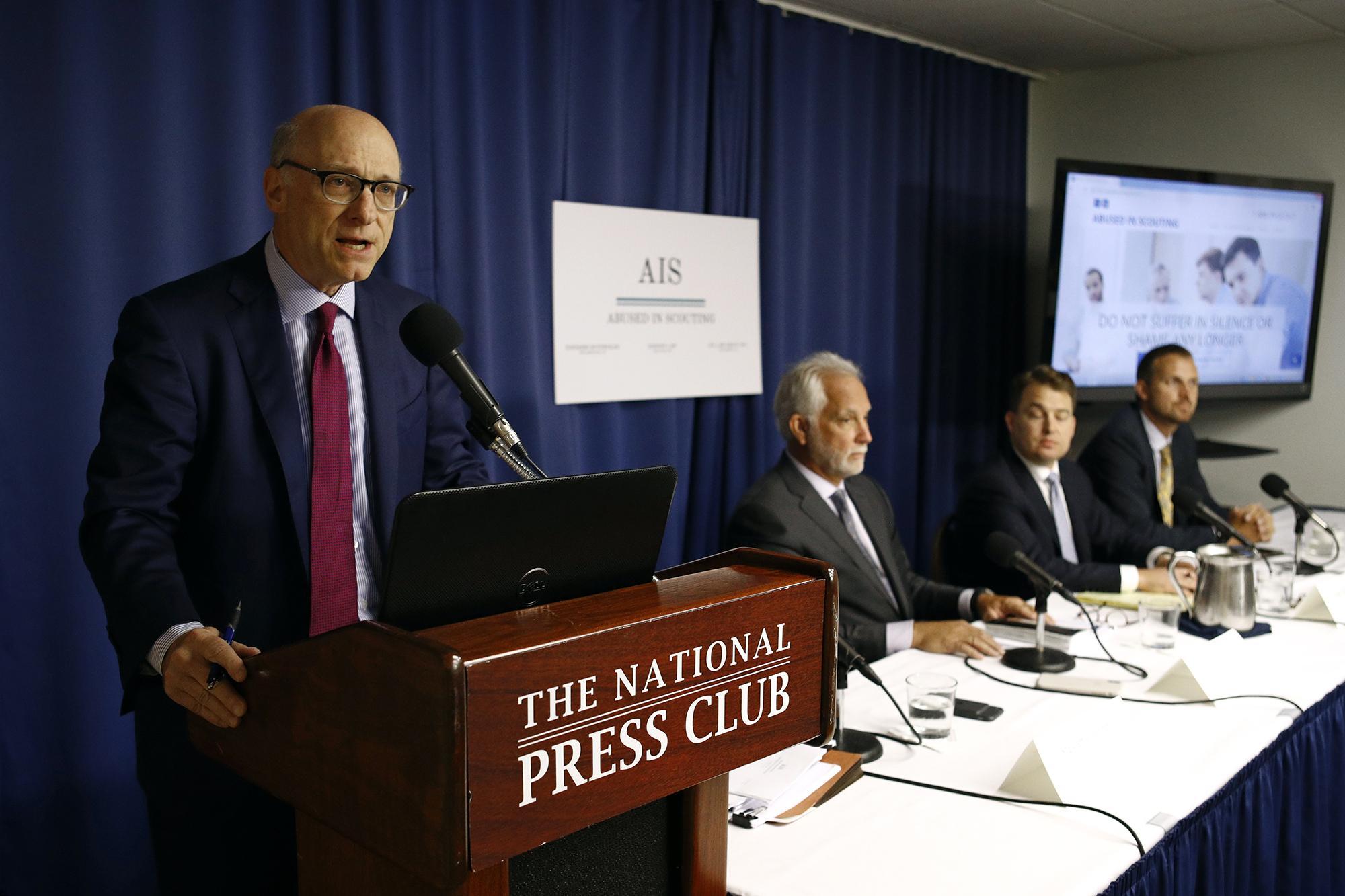 More to the story?

A group of attorneys working to uncover sexual abuse in the Boy Scouts of America said this week it has uncovered accusations against more than 350 staff and volunteers whom the organization did not previously identify in files it released.

The group, Abused in Scouting, filed a lawsuit Monday in Philadelphia on behalf of an unnamed victim who claimed an assistant scout leader sexually abused him hundreds of times starting when he was 12 or 13 years old. The abuse happened sometime between 1975 and 1980.

Boy Scout leaders previously said any volunteer suspected of abuse was added to the “ineligible volunteer files,” reported to law enforcement, removed entirely from Scouting, and prohibited from rejoining.

As the result of previous court action, the Boy Scouts made public about 5,000 of ineligible files, but a court deposition released in April alleged the total list includes 7,819 suspected abusers and 12,254 victims. Advocates have pressured the Boy Scouts to release the complete list, something the organization says would violate civil liberties and the right to due process. Monday’s suit claims attorneys now have the names of hundreds more abusers not listed in the files.

“It is apparent that the Boy Scouts defendants continue to hide the true nature of their cover-up and the extent of the pedophilia epidemic within their organization,” the suit states.

More and more states are changing their statutes of limitation to make it easier for victims of sexual assault to seek damages in court. It is unclear how much longer the Boy Scouts can keep afloat as the lawsuits pile on. The organization said in December 2018 it was considering Chapter 11 bankruptcy. —K.C. 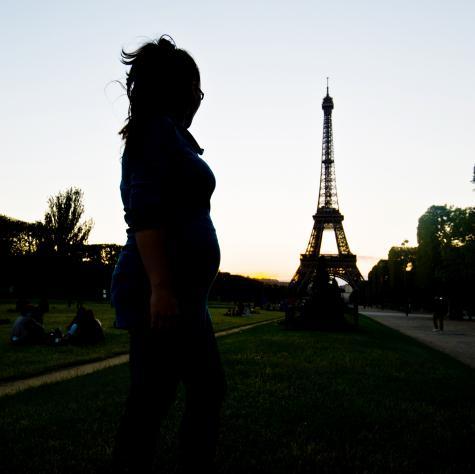 A law pending in France would open the door for single women and lesbian couples to use artificial insemination and in vitro fertilization to get pregnant. French law currently limits the use of assisted reproductive technologies to infertile, heterosexual couples.

The law would require the French national healthcare system to cover the cost of four rounds of assisted reproduction per pregnancy for all women up to a certain age. It would also allow children conceived with donated sperm to find out the donor’s identity when they reach age 18. The law would not remove a national ban on surrogacy arrangements, in which a woman carries and delivers a child for someone else.

LGBT rights groups claim the law brings equality to assisted reproduction after France legalized same-sex marriage in 2013. But pro-family groups are already organizing a protest in October against the bill, claiming it will lead to more children raised without fathers.

“Saying that you’re creating new rights … while ignoring the consequences for children on purpose is a revolting and despicable process,” said Alberic Dumont, vice president of Demonstration for Everyone, a group opposed to the law. Parliament will debate the measure next month. —K.C.

A New York Times article published last week explored the rising rates of Japanese women who are opting out of marriage to pursue individual aspirations and career success. They claim cultural pressures on wives and mothers make it impossible to do both. —K.C.

Washington state and Pennsylvania will soon offer a third gender option on driver’s licenses, joining 16 other states that have passed similar laws. —K.C.