Despite claims this week’s Church of England General Synod resulted in no doctrinal changes on the issue of sexuality, conservative Anglicans are lamenting the three-day meeting, saying the Church stepped away from Biblical Christianity and mocked God’s Word.

In February, the General Synod rejected a report reaffirming traditional church cannon on marriage, a decision seen as a victory for LGBT advocates within the Church. Archbishop of Canterbury Justin Welby said afterwards “a radical new Christian inclusion in the Church” was needed to deal with disagreements and find ways forward.

His timeline for the working groups—a report by 2020—had some pro-gay-marriage synod attendees claiming the Church had pushed the issue into the “long grass.”

But the synod did take up two other issues this week: conversion therapy and transgenderism.

Gavin Ashenden, a former Anglican priest, chaplain to the Queen, and member of the General Synod, described the two issues as “the thin end of the wedge” slowly being pushed into the door. In an interview for AnglicanTV, Ashenden said despite no official doctrinal changes, “the General Synod managed to deal with issues of sexuality in a way that made it very clear that there was a change of theological climate within the church.”

The synod also voted to pass a motion recognizing “the need for transgender individuals to be welcomed and affirmed in their parish church.” The motion called on the House of Bishops to consider preparing liturgical materials to mark a person’s gender transition.

These issues led the leader of the Anglican church in Nigeria, Nicholas Okoh, to conclude on Tuesday the Church of England is in “grave spiritual danger.”

“Although the Church of England’s legal position on marriage has not changed, its understanding of sexual morality has,” Okoh wrote.

The synod confirmed the majority of synod members have more confidence in “political influence than spiritual witness,” according to Susie Leafe, director of Reform, a network of conservative evangelical Anglicans. Leafe said the proceedings favored a “bland secularized view of ‘welcome’ and ‘affirmation’” over the great news that Jesus Christ offers radical inclusion and radical transformation.

“Rather than look to God’s revealed word and the historic doctrines of the Church to guide our decision-making, the majority were influenced solely by tragic stories of individuals struggling to work out their identity,” Leafe said. “It was a sad day for faithful Anglicans throughout the world.” 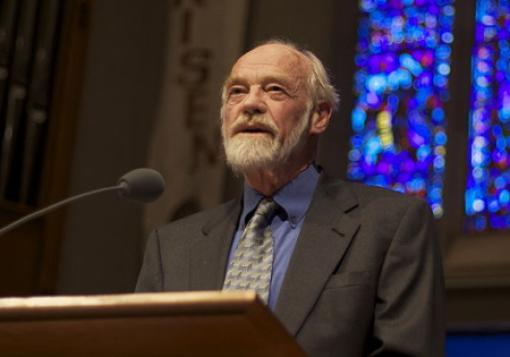 Theologian, pastor, and writer Eugene Peterson on Thursday retracted comments he made in an interview published Wednesday by Religion News Service (RNS) in which he affirmed same-sex marriage.

In an interview with Peterson, 84, RNS columnist Jonathan Merritt asked if he were pastoring today and “a gay couple in your church who were Christians of good faith asked you to perform their same-sex wedding ceremony, is that something you would do?”

Peterson also said he knows people who are gay and lesbian who “seem to have as good a spiritual life as I do,” and said the transition to not disapprove of homosexuality is “for the best, for the good” and “not a right or wrong thing as far as I’m concerned.”

The internet exploded Wednesday and early Thursday with comments from people on both sides of the LGBT debate, some claiming Peterson was one of the highest profile evangelicals to change his stance on the issue of same-sex marriage, others mourning his apparent abandonment of a historically Christian sexual ethic.

But in a statement released Thursday afternoon, Peterson retracted his comments and said he affirmed a “Biblical view of everything.”

“When put on the spot by this particular interviewer, I said yes in the moment. But on further reflection and prayer, I would like to retract that,” he said, adding that performing a same-sex marriage ceremony is “not something I would do out of respect to the congregation, the larger church body, and the historic Biblical Christian view and teaching on marriage.”

In the RNS interview, Peterson said he no longer plans to write or speak publicly. —K.C. 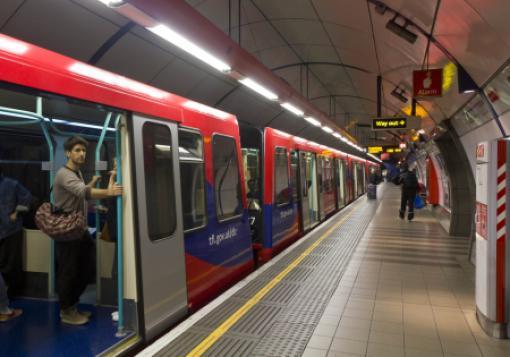 No more ‘ladies and gentlemen’

Riders on London’s underground will no longer hear the long-standing phrase “ladies and gentlemen” after a decision this week to switch to gender-neutral greetings. Transport for London (TfL) announced it would change its prerecorded greeting and instructed all employees to stop using gender-binary phrases.

The move comes after months of lobbying by LGBT activists.

“We want everyone to feel welcome on our transport network,” said Mark Evers, director of customer strategy at TfL. —K.C.

A popular feminist YouTuber this week got heat for critiquing an explicit Teen Vogue article that labeled images of the male and female reproductive organs as “prostate owner” and “non-prostate owner” in an effort to avoid using the terms “male” or “female.”

YouTuber Laci Green, who affirms gender ideology but maintains there are only two sexes, tweeted a picture of the image, and said “‘Female’ and ‘male’ are not identities or genders. They are biological sexes and refer to someone’s literal body parts.”

Irate commenters called her a TERF: a trans-exclusionary radical feminist. The slang is used against women who are supposedly hostile to transgendered individuals born male but who identify as female. —K.C.

The Mediterranean island of Malta legalized same-sex marriage Wednesday. Only one lawmaker out of 67 voted against the measure. Malta joined 24 other countries, mostly in Europe and the Americas, that legally recognize same-sex marriage. —K.C.