An inmate holds a folder on which he wrote "Loyal Productive Member of Society" during a leadership class for inmates at the Pitches Castaic jail in Santa Clarita, Calif. Associated Press/Photo by Damian Dovarganes, File

The United States has a serious problem. Together, Americans account for 5 percent of the world’s population but inhabit 25 percent of its jail cells. On any given night, 2.2 million Americans sit behind bars. And once they return to society, many fail to reintegrate. Within three years of release, about 40 percent of former prisoners return to jail. An estimated 65 million citizens have a criminal record, curbing their chances of finding a decent a job or even a place to live.

On Tuesday, Christian leaders led by Prison Fellowship signed a "Justice Declaration" committing to change the conversation on incarceration and help garner support for lawmakers to rethink federal prison policies.

“On account of our Christian faith, we call for a justice system that is fair and redemptive for all," said James Ackerman, Prison Fellowship president.

So far about 100 Christian leaders have signed the declaration and several presented it, along with an 11-page white paper, to Republican leaders in hopes of getting the ball rolling on federal reforms.

But lawmakers on Capitol Hill struggle to agree on anything. Each day brings new fights over healthcare legislation, the federal budget, and what to do about Russia’s election meddling. But that’s not the case for criminal justice policy.

“I find very few people who think the status quo works just fine,” Russell Moore, president of the Ethics and Religious Liberty Commission, told me. “We’re all saying the same thing—we just need to work together and get something done.”

Criminal justice conversations usually fall into one of two camps. Most Republicans campaign on being tough on crime, not letting people take advantage of U.S. laws, and punishing perpetrators. Most Democrats harp on injustice, noting minorities are too often the victims of unfair law enforcement and sentencing.

Moore, a declaration signer, told me both groups ultimately want the same thing: fewer people committing crimes and justice for those who do.

The bipartisan coalition advanced the proposed legislation out of committee but never built enough momentum to schedule a full vote.

Congress often works in fits and starts, and in 2017 it has been hard to coalesce around anything.

“Nothing is really getting done at all in the Congress,” Moore said. “I think that lawmakers ought to see this as an opportunity to break through the logjam and do something that will help the country.”

But politics often is downstream from culture. That’s why Gabriel Salguero, president of the National Latino Evangelical Coalition, said Christians have an equal part to play.

“Our job is to help change the wind and help change the conversation,” Salguero said. “Since there is a lot of bipartisan support, I think what this justice declaration is doing is putting a megaphone to the tens of thousands of evangelical Christians who really want this to happen.”

With numerous weighty agenda items on their plates already, Republican leaders have yet to prioritize criminal justice reforms in 2017. But even if they do, lawmakers may not have a green light from the White House.

Attorney General Jeff Sessions was one of the few senators last year who pushed back on the mandatory minimum reform legislation and his opposition apparently hasn’t wavered.

In May, Sessions issued a memorandum to federal prosecutors directing them to fully enforce mandatory minimum sentences.

Prison Fellowship’s Ackerman said one-size-fits-all sentences are a big mistake, but he’s optimistic the Trump administration will be a willing partner for criminal justice reform in the future. 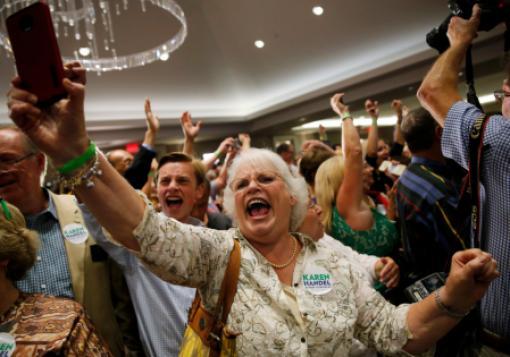 What did we learn in Georgia?

The Georgia race leaves Democrats zero for four in 2017 special elections to fill Republican-held seats. Despite claims the 6th district would be a bellwether for next year’s House races, one GOP analyst says it’s still too early to make widespread predictions.

Georgia’s 6th has been in Republican hands since 1978, but Democrats thought the climate was ripe for an upset. Campaign costs totaled more than $50 million—more than most statewide races—and Democrat Jon Ossoff outspent Handel by about $8.5 million.

Ossoff, a 30-year-old first time candidate, amassed nine times more donations from California than he did from donors in Georgia—7,218 to 808 over the past two months. And donors wanted to drive a particular agenda. Planned Parenthood, the nation’s largest abortion provider, became Ossoff’s second largest backer, spending more than $734,000 on his campaign.

The big money drew national media attention to the local race, which Republicans say worked in their favor.

“I think it helped Karen Handel because putting the spotlight on how much outside help Ossoff was getting reminded voters he was going to be beholden to Nancy Pelosi,” Glen Bolger, a veteran GOP pollster, told me, referring to the top Democrat in the House. “She is the gift that keeps on giving. Voters don’t like her, and yet the Democrats keep her in charge.”

Democrats thought they could boost Ossoff into an upset victory with the combination of a large bankroll and a spotlight on Trump’s poor approval ratings. But after spending all that money, it’s back to business as usual, with Democrats rethinking their election strategy.

“Politics is on a pendulum when it swings one way eventually it’s going to swing another way,” Bolger explained. “But I don’t think you can sit here in June 2017 and say this is predictive for November 2018. It’s still too early.” —E.W. 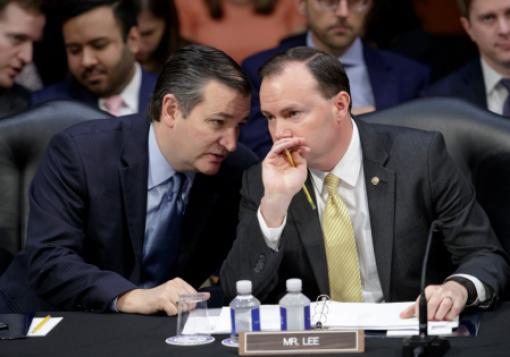 Senate Republicans unveiled their Obamacare fix Thursday, but lawmakers have bemoaned the secretive process used to draft it. Republicans plan to hash out their remaining differences and schedule a vote as soon as next week.

This is the first substantive movement on healthcare in the Senate since the House advanced its healthcare fix on May 4. But few are happy with the process so far.

"If you're frustrated by the lack of transparency in this process, I share your frustration.," Sen. Mike Lee, R-Utah, said in a video posted on his Facebook page Tuesday. "It has become increasingly apparent in the last few days that even though we thought we were going to be in charge of writing a bill within this working group, it's not being written by us, it's apparently being written by a handful of staffers who are members of the Republican leadership in the Senate.”

If Republicans really are going to vote on such a consequential piece of legislation in a few days, Lee added, they should have been able to review the text weeks ago. —E.W.

This may be the first week since President Donald Trump fired FBI Director James Comey that Russia and all its related story lines haven’t dominated headlines.

But there’s still plenty to talk about.

Lawmakers passed the new sanctions against Russia for interfering in the 2016 U.S. presidential election.

House Speaker Paul Ryan, R-Wis., delivered a major speech to the National Association of Manufacturers on tax reform this week. Republican leaders have said healthcare is the priority but tax reform will be close behind. Ryan said he’s optimistic Republicans will be able to implement a major tax overhaul, the first since 1986, before the end of the year: “My personal goal is to get it done by opening day of gun deer season.” —E.W.