Christians continue to face persecution around the world

The Global church marks the Day of the Christian Martyr

Esther grew up amid persecution in northeastern Nigeria’s Borno state. Her father was one of the state’s first pastors, ordained by missionaries in 1955. WORLD is using only using Esther’s first name out of concern for her family’s safety. The Christian community lived through several attacks, including one on Esther’s church when she was 17. Islamist fundamentalists surrounded the building, set it ablaze, and killed the pastor.

“Our Christianity is a daily surrender to the will of God,” she said during an event hosted by the U.K.-based Release International. “When you go to church, you don’t know whether you’re coming back alive.”

Tuesday marked the Day of the Christian Martyr. Voice of the Martyrs and other organizations began the commemoration in 2019 to pray for Christians around the world still facing persecution and to push for tougher government action to ensure their freedom. This year, VOM inducted Rocio Pino to its Martyrs Memorial. Members of the Revolutionary Armed Forces of Colombia (FARC) murdered her at her doorstep in 2011 for witnessing to a young guerrilla fighter. The virtual gathering remembered Christians in many countries who endure violence for their beliefs.

Conflict with Islamist insurgents in northeast Nigeria has killed about 350,000 people and displaced more than 2 million others over the past 12 years. Some fighters from the Boko Haram extremist group pledged allegiance to the Islamic State West Africa Province (ISWAP), signaling how the group is consolidating power in the region. The Islamic State affiliate claimed responsibility for the death of Boko Haram leader Abubakar Shekau in May. At least 1,470 Nigerian Christians died in attacks from January to April, according to a report by Nigeria-based rights group Intersociety Rule of Law.

Boko Haram insurgents in 2016 kidnapped Esther’s brother during a church-planting trip in northern Nigeria. The extremists released him after negotiations and a ransom payment. Esther is now in the United Kingdom but remains in contact with her extended family and the Nigerian Christian community. “We’re not running away from being Christians because if we run away from northern Nigeria, Christianity would die,” she said. “We would stay there because Christ has planted us there.”

In Pakistan, Christians make up less than 2 percent of the population and continue to face persecution. Rev. Waseem Khokhar, a Release International partner in the country, remembers the aftermath of the twin 2015 church bombings in the city of Lahore that left at least 14 people dead. “We walked through the dead bodies,” he said. “In one day, we did 17 funerals.”

More than 70 people died in an Easter Sunday attack on a Lahore park a year later. Khokhar and his team took care of about 30 people in hospitals and adopted about 11 families, later calling them the grace families. “Still, they are under our care,” he said.

Christians face oppression in other countries as well. An Algerian court in June sentenced a pastor to a one-year jail term for “printing, storing, or distributing materials that can ‘shake’ the faith of a Muslim.” On Sunday, a makeshift bomb went off inside a church in the Democratic Republic of Congo during an attack that hit two other locations.

Paul Robinson, CEO of Release International, said Tuesday marked an opportunity for people to support Christians facing suffering globally. “As increasing numbers of Christians are dying for their faith we should take this opportunity to stand with those who’ve lost loved ones,” he said. 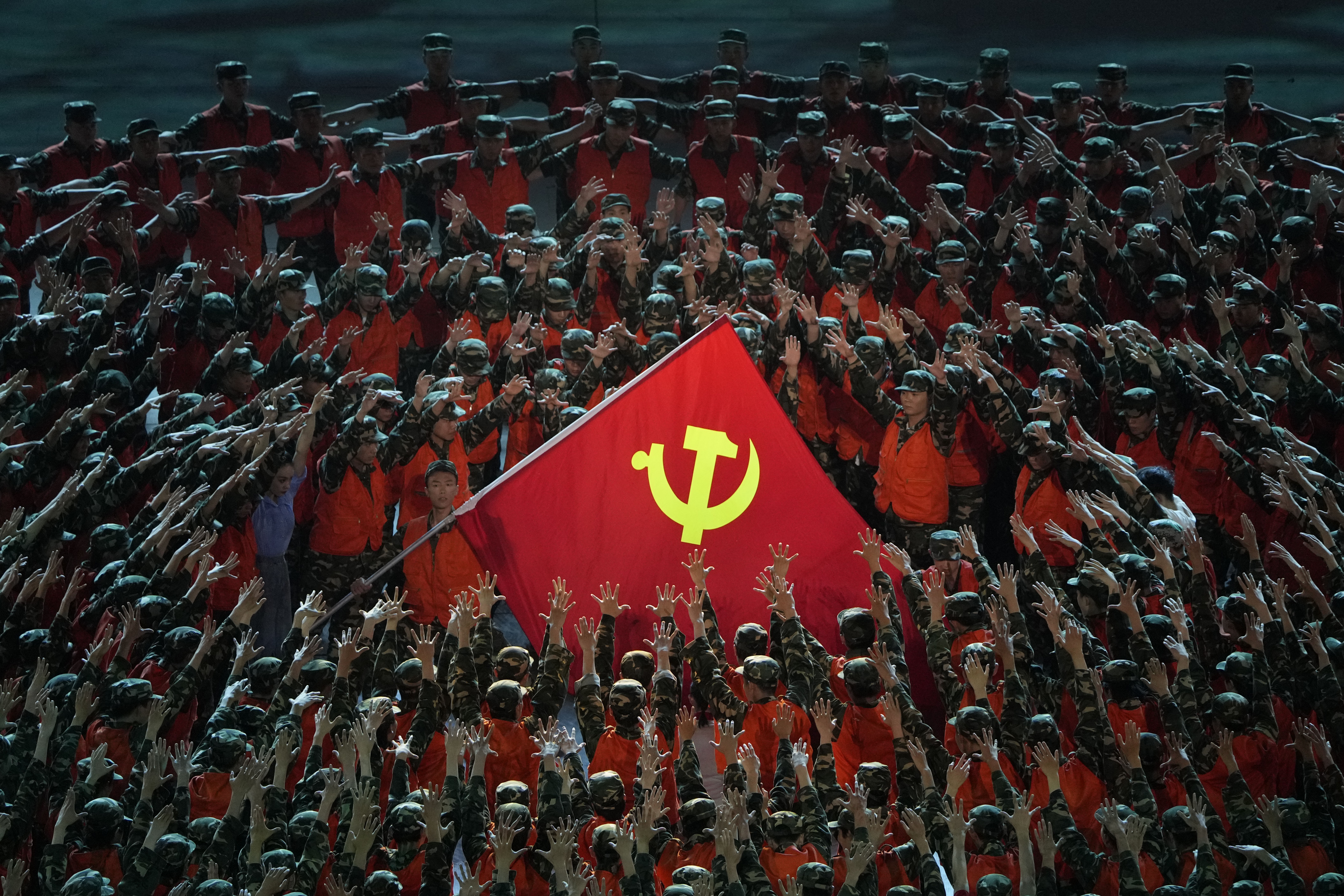 China’s President Xi Jinping this week presented new July 1 Medals to around 29 people for “outstanding contributions to the party.” The recipients include soldiers and officials from Tibet and Xinjiang, where China’s treatment of minority populations is drawing growing criticism.

The ceremony at Beijing’s Great Hall of the People was one of several events this week celebrating the ruling Communist Party’s 100th anniversary. Authorities held a fireworks celebration at the Bird’s Nest Olympic Stadium while state-run hospitals and schools hosted political education sessions and history exhibitions.

Party officials this week praised the country’s growing influence and Xi’s crackdown on corruption. The 68-year-old leader has established himself as China’s most influential leader since Mao Zedong. Xi has eliminated term limits and will start a third five-year run as party leader next year.

During the celebration on Thursday, Xi hailed the Communist Party for transforming China into the second-largest economy. He said the country restored order to Hong Kong after the pro-democracy protests and emphasized Beijing’s commitment to bringing Taiwan under its control. Hong Kong’s Chief Executive Carrie Lam attended the Thursday event amid growing criticism over China’s crackdown in the territory. Lam has echoed China in dismissing international leaders’ concerns as interference into China’s internal affairs.

In Paris, ethnic minority groups from China including Uighurs, Tibetans, and Mongolians, staged a protest and street play outside the Foreign Ministry on Thursday decrying China’s abusive policies. Members of the Tibetan Youth Congress advocacy group in India’s New Delhi also gathered outside the Chinese Embassy to oppose the centenary celebrations. —O.O. 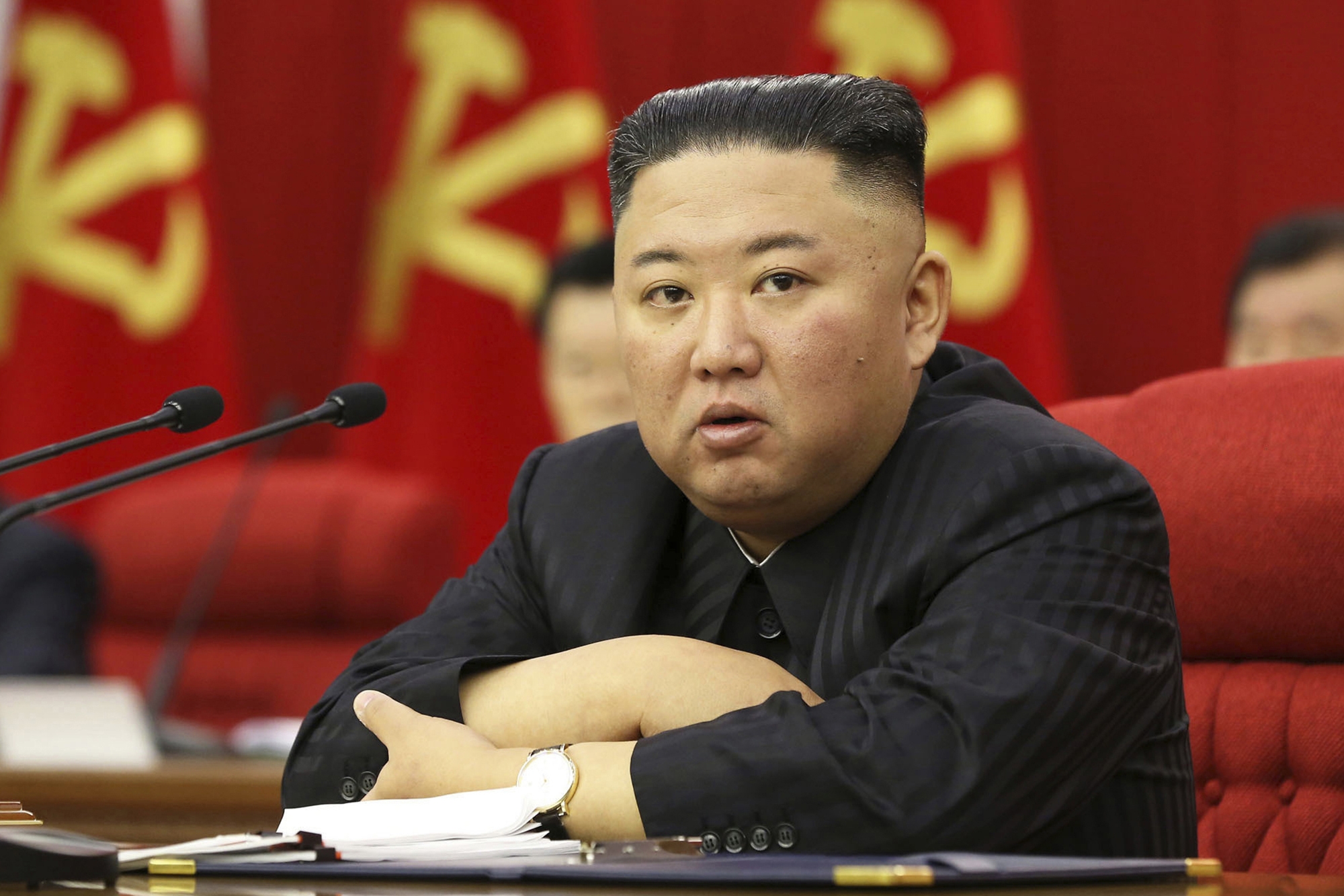 Kim appeared slimmer than usual in recent media appearances, including at a concert after the country’s Workers Party meetings. “Our people’s hearts ached most when we saw [Kim’s] emaciated looks,” one resident told state television. “Everyone says their tears are welling up in their eyes naturally.”

It’s not the first time Kim’s health has drawn international attention. Similar comments came last April after he missed the birthday memorial of Kim Il Sung, North Korea’s founder and Kim’s grandfather. In 2014, state media said he suffered from “discomfort” after he was absent from the public for some time.

This time, analysts said the broadcast is likely an effort to boost support for Kim. During the party meeting on June 17, the country was facing food shortages due to last year’s typhoon and floods. The pandemic and U.S. economic sanctions have further limited the supply of food. —O.O. 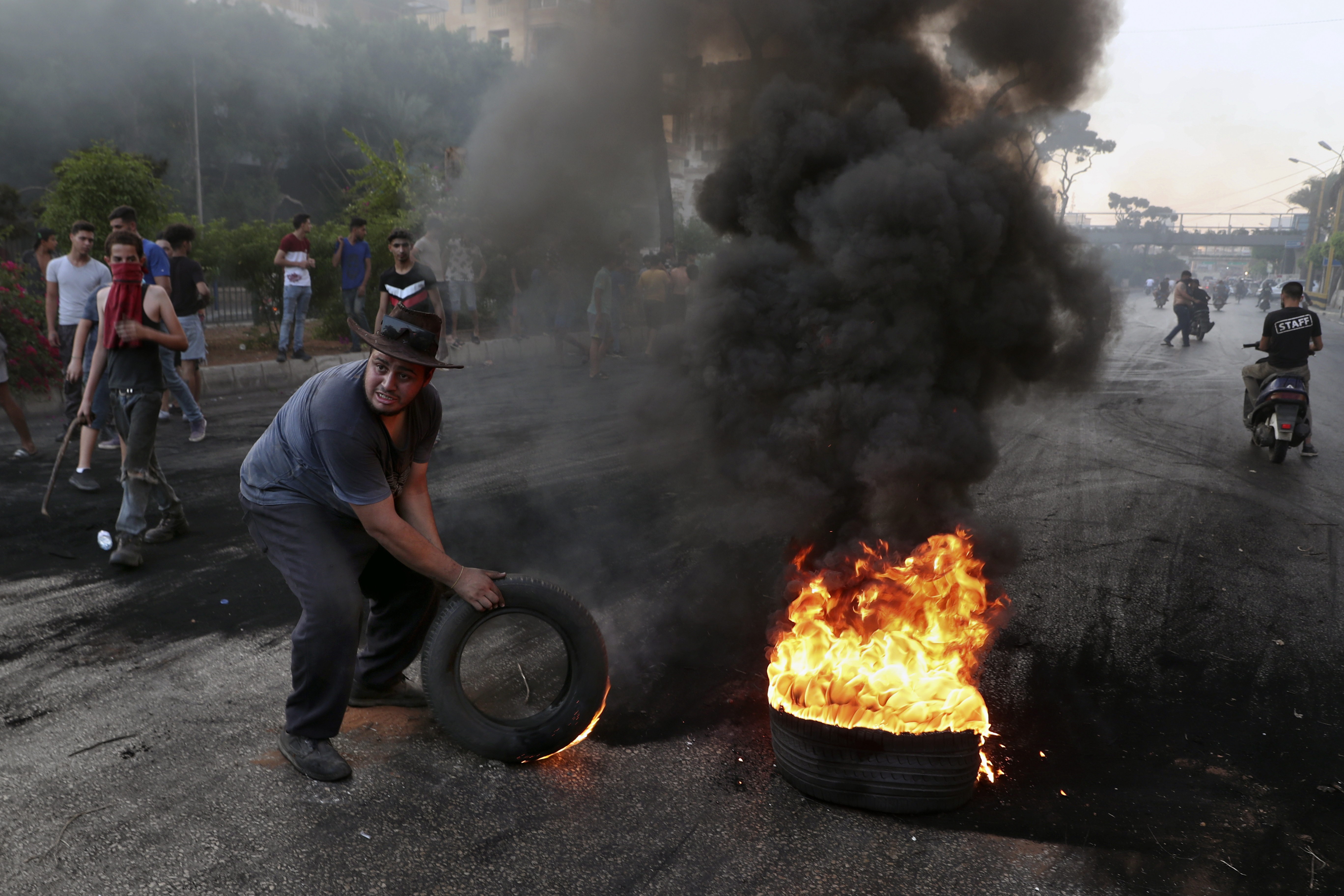 Protesters burned tires and trash cans on major roads in the capital city of Beirut on Monday. Demonstrators also set up roadblocks in the southern city of Nabatieh.

Protests hit several other cities over the weekend as the country’s nearly two-year economic crisis worsened. The energy ministry announced a more than 35 percent fuel price hike this week. Fuel shortages spurred power cuts at a major hospital in Beirut and a security force headquarters.

Lebanon’s currency hit a record low on Saturday, reaching 18,000 pounds to the U.S. dollar. The pound has lost more than 90 percent of its value against the dollar since the crisis began in 2019. Protesters have blamed the job losses and economic downturn on corruption and mismanagement by the political class that has run the country since the end of the civil war. —O.O.

South Africa’s top court on Tuesday sentenced former President Jacob Zuma to 15 months in prison. He is the first former leader to receive jail time in the country’s history.

The Constitutional Court issued the sentence after Zuma disobeyed a court order to appear before an inquiry. The commission is probing corruption allegations during his term in office from 2009 to 2018. The court gave him five days to turn himself in before the police minister orders his arrest.

Zuma only appeared once before the commission before saying the chairman was biased against him in a public letter. Former government officials, leaders of state-owned enterprises, and other witnesses have shared incriminating evidence against Zuma with the commission. —O.O.