Christian compassion at the border

How ministries are working to alleviate the migrant crisis

A migrant family from Central America waits outside the Annunciation House shelter in El Paso, Texas, after a U.S. Immigration and Customs Enforcement officer dropped them off. Associated Press/Photo by Russell Contreras (file)

Immigration debates can divide Christians, but compassion for migrants suffering at the U.S. southern border can unite them, and some faith-based organizations are working toward that end by finding ways to help with the flood of asylum-seekers.

Sami DiPasquale is executive director of Ciudad Nueva, a nonprofit community development organization in El Paso, Texas, that started as a way to build relationships between the Anglican Church of St. Clement and neighbors in the inner city. The border crisis developing in the group’s backyard eventually caught DiPasquale’s attention. Ciudad Nueva, which is an affiliate of the Christian Community Development Association, drew the attention of others who wanted to help or needed help, and it began connecting them with churches in the area who are serving migrants.

Annunciation House, a Catholic shelter in El Paso, had reached capacity because of the migrant crisis and put out a call for help. Local churches, including the Church of St. Clement, responded by offering their buildings to house the migrants. DiPasquale said his church tells U.S. Immigration and Customs Enforcement agents how many migrants they can take, and ICE sends them those who need help settling in the United States. When the migrants arrive, volunteers help them complete minimal paperwork and call the migrants’ sponsors to inform them their family member or friend is in the country. As they wait to hear from their sponsors, the migrants have access to showers, food, and a change of clothes and are free to leave the church at any time. When they do, a volunteer will take them to the bus station or airport.

DiPasquale told me he felt that God was calling him to do more, so Ciudad Nueva began collecting donations, equipping churches to help migrants, and educating Christians on immigration law and the situation at the border. The organization then launched El Paso Encounters so people could visit the area and work with nonprofit organizations to see the crisis firsthand. Now DiPasquale is starting a new nonprofit group called Abara (an ancient Semitic word for ford, crossing a river) to focus exclusively on helping migrants.

Much of the recent attention in the immigration debate focuses on policy questions. Groups such as the Ethics and Religious Liberty Commission (ERLC) of the Southern Baptist Convention and World Relief work to promote immigration laws that are compassionate and cohesive. When recent reports showed terrible conditions for migrant children in detention, the Evangelical Immigration Table sent a letter to top U.S. political leaders, urging them to help. “Those created in the image of God should be treated with dignity and compassion, especially those seeking refuge from violence back home. We can do better than this,” tweeted Russell Moore, president of the ERLC, which is a member of the Evangelical Immigration Table.

Matthew Soerens, the U.S. director of church mobilization for World Relief, told me that policy debates can keep Christians wary of serving the migrants in their community. Christians conscious of following the law could also be deterred by the stories of people like Scott Warren, who was arrested and prosecuted for helping migrants illegally.

“It’s been a dilemma for many of [the churches here], because they very much believe in following the law,” DiPasquale said. His group houses asylum-seekers released by ICE, which is legal, but sanctuary churches that shelter migrants who face deportation walk a much finer legal line.

Christina Foor and her husband took a team of college students with InterVarsity Christian Fellowship to the U.S. border with Mexico in late June through El Paso Encounters. They learned about the immigration system, volunteered with nonprofit groups, and met migrants in shelters. Foor found that all the “fear rhetoric” and “sensationalized news” did not seem to matter as much when she met real people and heard their stories. “Being there, actually talking with an asylum-seeker or giving them a hug or sharing a meal with them, there was beauty in our shared humanity,” she said.

Bethany Christian Services works with the U.S. Department of Health and Human Services Office of Refugee Resettlement to coordinate placing unaccompanied minors in foster families. While the Baptist General Convention of Texas’ River Ministry provides support and recruits volunteers for its Texas churches working along the border, many churches are providing shelter, food, and transportation to asylum-seekers alone in a new land.

While politicians continue to debate, Christians will continue to do what they can to meet the needs of migrants around them. “Regardless of where our government is at and where the issue is politically,” DiPasquale said, “when [the churches] see a young mom and a couple of kids, completely destitute, they’ve come back and said, ‘This is what Jesus would do.’” 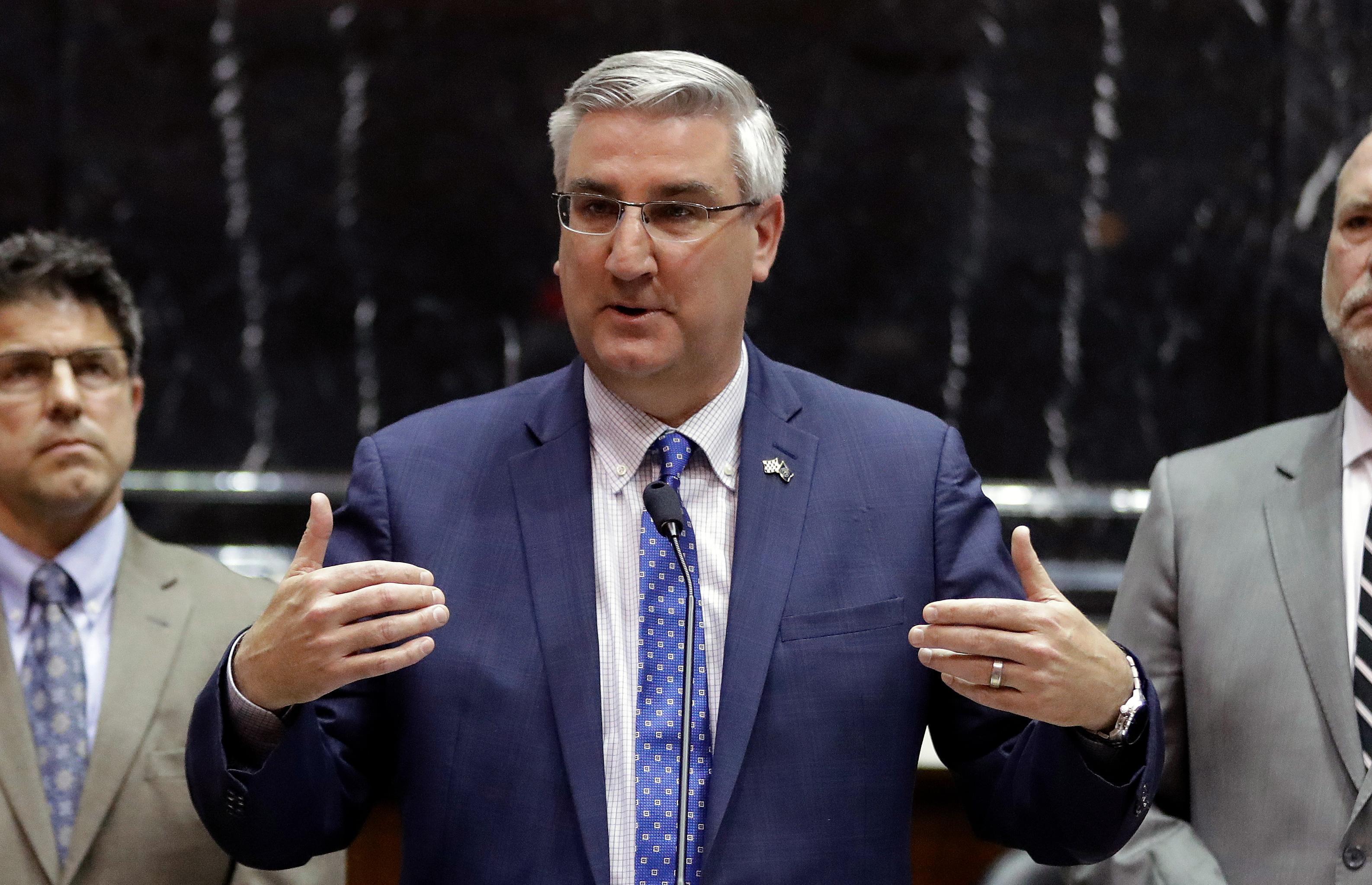 Will working for healthcare work for Hoosiers?

New work requirements for Indiana’s Medicaid program, the Healthy Indiana Plan (HIP), took effect July 1, drawing criticism from citizens who believe the restrictions will prevent them from receiving healthcare. The “Gateway to Work” initiative implemented by the administration of Gov. Eric Holcomb, a Republican, requires HIP recipients to work, study, or serve at least 20 hours per month. That requirement will slowly increase to 80 hours by July 2020.

“This is not Gateway to Work. This is a poverty trap,” Eva Bell, a mother of three, told The Indianapolis Star. “It is throwing me and my kids into a cycle of poverty we may never get out of.”

But Holcomb believes the requirements will have a net positive effect. “We want Hoosiers to pursue meaningful employment while continuing to see their doctor, take their medicines, and maintain their overall health,” he said in May.

The Gateway program work requirements include exceptions for individuals who are pregnant, “frail,” mentally ill, or who receive food stamps. Officials estimate that only 20 percent of HIP recipients will be affected by the initiative. —Kyle Ziemnick

Edith Espinal, who lives in a Mennonite church in Ohio, received a bill for $497,777. “We don’t have this amount of money,” she told The New York Times. “I never imagined they’d send it to us.”

ICE maintain that the Immigrations and Nationality Act allows it to impose fines of up to $799 a day on people in the country illegally who refuse to obey orders to leave. ICE spokesman Matthew Bourke told NPR that ICE will use various methods, “including arrest, detention, technological monitoring, and financial penalties” to enforce the law. —C.C.

Pennsylvania on June 28 became the first state to automatically seal some arrest records. The law closes the records of people who were arrested but not convicted if they have not gotten in legal trouble in the last decade.

The policy will make the records invisible to the public, though law enforcement will still have access to them. Lawmakers hope the change will improve job and housing prospects for people wrongly arrested because criminal records often make potential employers or landlords suspicious, no matter how the case was resolved.

The state is beginning with 30 million records. Sealing all those that are eligible will likely take up to a year. —C.C.