Musicians find ways to connect with audiences outside of concert halls

After nearly 30 years as a solo artist, Matthew West is experiencing a first: sharing the stage with Emily West, his wife of 18 years. Sitting next to her in his home studio, the singer-songwriter croons softly and playfully, “Ladies and gentlemen, the love of my life. My beautiful girl, my beautiful wife.”

When the coronavirus began to spread throughout the United States, West had to postpone his multicity tour. His early morning routine changed, too. The Nashville, Tenn., resident said Emily was the first to notice: “My instinct was to wake up and first thing in the morning turn on the news. She’s like, look, maybe that’s not the best way to start our day.”

That’s when Quarantine Quiet Time began—daily morning devotionals led by the Wests using smartphones, a guitar, a Bible, and his social media platforms. The Dove Award–winning artist said people watching worldwide on Facebook and Instagram want more than his music. One morning, they posted as many as 2,700 comments and prayer requests on his Facebook page

“We all have an opportunity right now to not only find peace in this uncertain time in our personal lives but to be peace for somebody else,” West said.

The pandemic has halted the sound of live music in arenas, auditoriums, concert halls, and amphitheaters. Like their secular counterparts, some Christian artists also are finding new ways to reach audiences from home but with a higher purpose of sharing the gospel and encouraging believers.

Singer-songwriter Micah Tyler knows he can find peace in stillness. But the husband and father of three said living out the command of Psalm 46:10—“Be still, and know that I am God”—doesn’t come easily. “I’m the guy who’s constantly moving and doing things,” the Texan said. “So, this whole shutting down thing, it kind of makes me feel like I don’t have enough value.”

In the middle of the pandemic, Tyler released a new album. But a song he wrote seven years ago and never published is getting the buzz. On March 26, he posted a video on Instagram of an impromptu performance of a song called “Teach Me to Be Still” from his bathroom.

According to Tyler’s Instagram page, about 7,500 people responded to his spontaneous powder-room performance. He said the lockdown sparked another rhythm in his life: “I don’t want to look back on this quarantine and feel like I lost months of my life. Last night we were about to go to bed and we had a Nerf war.”

Nights at Drew Holcomb’s household in Nashville are for singing. Standing in front of the kitchen counter decorated with a vase of freshly cut flowers, the frontman of Drew Holcomb and the Neighbors plays guitar and sings “Amazing Grace” in two-part harmony with his singer-songwriter wife, Ellie. “My husband was like, hey, we’re going to sing our way through this crisis and we’re going to do it in our kitchen after we put our kids to bed every night,” she explained. “And we’re going to call it ‘Kitchen Covers.’”

Likewise, fellow Nashvillians Cody Carnes and Kari Jobe are using technology to help lead worship in churches around the world. “We started noticing that a lot of smaller churches are just not used to streaming,” Jobe said. “Not a lot of churches were set up for that.” Since making the at-home worship sets available for free online, she said churches in 60 countries have responded: “There were 1,800 registrations for downloading them.”

Matthew West said the lockdown has changed Christian music’s platform but not its purpose. 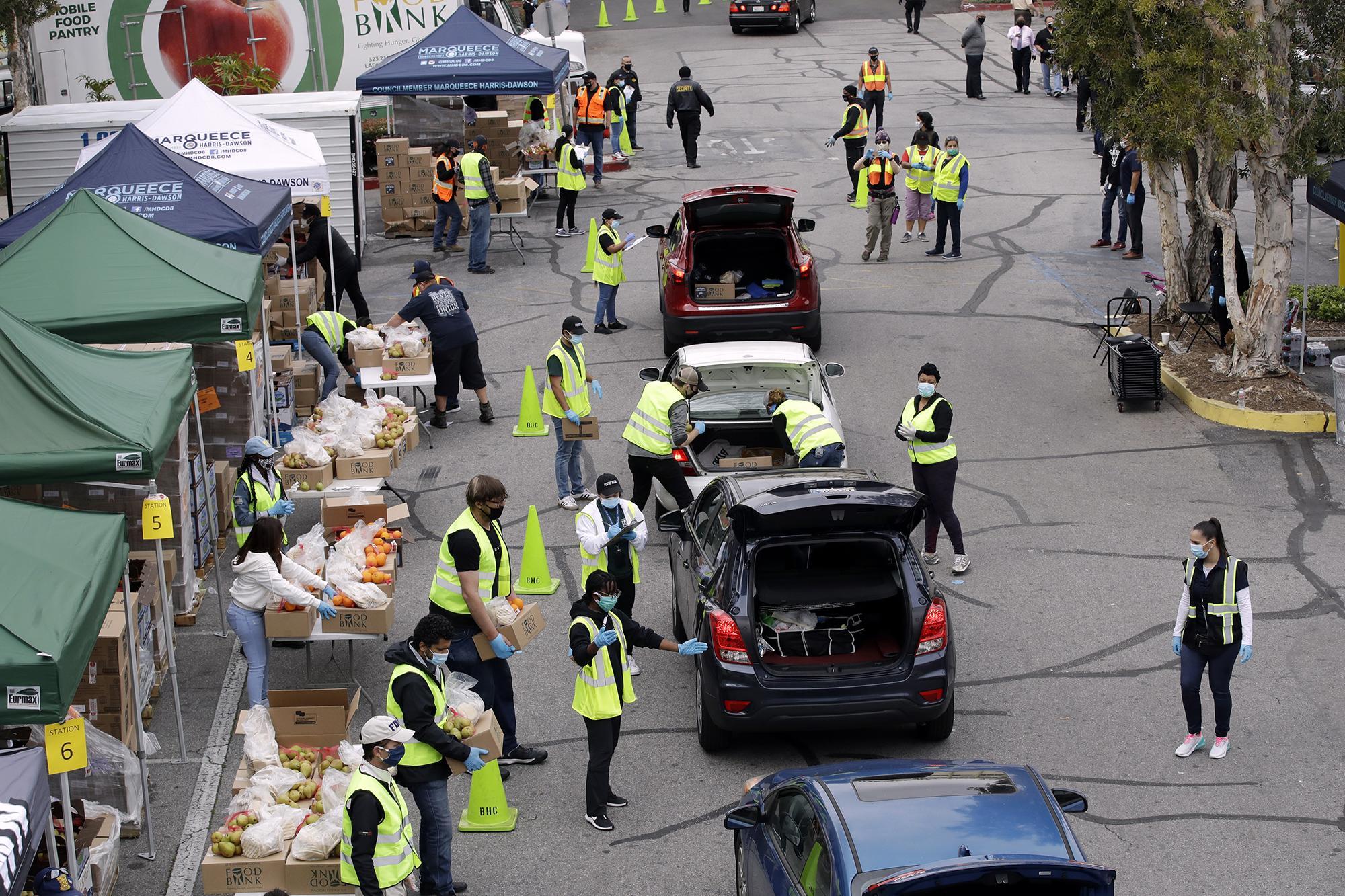 Americans might be watching more Netflix during the coronavirus pandemic, but that doesn’t make up for the economic devastation of the entertainment industry.

Last week, the Bureau of Labor Statistics released the bleakest jobs report since it began tracking these numbers in 1948. The U.S. unemployment rate hit 14.7 percent. Restaurant and hospitality workers experienced the worst losses, but employment in arts and entertainment fell by 1.3 million jobs in April.

Each big celebrity who stays home represents thousands of modestly paid people who are out of work. Jobs for camera operators, lighting technicians, makeup artists, and working-class actors disappeared overnight.

Many of those workers have multiple jobs as both employees and independent contractors, which makes claiming unemployment benefits more complicated and in some states almost impossible. Moreover, individual states control the unemployment system, leaving some entertainment workers confused about where they should file since they have worked a variety of gigs in various states in recent years.

And the job outlook in the entertainment industry will probably get worse. America’s largest concert promotion firm, Live Nation, plans to cut costs and doesn’t expect its business to return to full scale until 2021. WME, a prestigious Hollywood talent agency, announced it would cut 20 percent of its workforce this week. Its competitor, the United Talent Agency, is instituting furloughs that will hit assistants the hardest.

Last week, a coalition of entertainment organizations petitioned Congress to adjust the Pandemic Unemployment Assistance Program to better help those in showbiz: “Given the unique nature of our industry, many in our profession work from project to project and gig to gig, not only in multiple jobs but in various capacities.” These organizations fear their people might fall through the cracks. —Collin Garbarino

Former Alabama quarterback Tua Tagovailoa has finalized a four-year, $30.3 million contract with the Miami Dolphins. His new No. 1 jersey is the bestseller at the online NFL Shop—even better than veteran quarterback Tom Brady’s new Tampa Bay Buccaneers jersey. Tagovailoa, an outspoken Christian, suffered a hip injury at the end of his final season with the Crimson Tide in 2019, but doctors said he should recover in time to play in the NFL this fall. With live sports on hiatus, budget-conscious families across the country are rapidly canceling their cable and satellite TV subscriptions. A report from the industry analysis firm MoffettNathanson showed its worst-ever decline for paid TV last quarter, with 1.8 million subscribers cutting the cord. This will make Hamilton fans feel blessed to be alive right now: The streaming platform Disney+ plans to premiere a film of the full stage musical featuring its original Broadway cast in July. —Lynde Langdon

Myrna is a WORLD Radio correspondent and co-host. She is a graduate of World Journalism Institute and Luther Rice College and Seminary. Myrna has worked as a TV news reporter, public affairs show host, and producer. She resides with her husband and four adult children in Metro Atlanta, Ga.