Parents, doctors, and pro-family groups in Britain this week sounded the alarm about the skyrocketing rate of children with complex psychological issues being streamlined into gender transition by the country’s National Health Service (NHS).

The Daily Mail of London on Sunday published an article about a rash of concerned parents joining an online community called Transgender Trend, self-described as “parents questioning the trans narrative.” The group said parents contact it because schools and NHS clinics are blindly accepting their children’s assertions that they are transgender and pushing them into treatment without cautious evaluation.

The number of children being treated at the NHS Tavistock Clinic, which specializes in treating gender identity issues, has jumped from just under 100 in 2009 to more than 2,000 in 2016, according to The Telegraph of London.

One mother of a 15-year-old girl told The Daily Mail her daughter’s school referred her to an NHS therapist because she told teachers she was “stuck in the wrong body.” After a 40-minute therapy session, the girl was referred to the transgender clinic. The mom believes her daughter was groomed by a homosexual friend who told her she was ugly as a female and encouraged her transition. The girl, now 17, is undergoing testosterone treatments against her mother’s wishes.

Therapists willing to dig into the complexity of gender dysphoria and help children affirm their biological gender may now face legal trouble.

Last month, the U.K. Council for Psychotherapy issued a “Memorandum of Understanding on Conversion Therapy in the UK: Version 2” that included “gender identity” alongside “sexual orientation.” Bans on so-called conversion therapy have previously been limited to sexual orientation. The new memorandum expands the limit to any counselors, therapists, and other clinical professionals who might do anything other than affirm individuals’ expression of their gender identity.

Despite language that the document does not intend to discourage those who have uncertain feelings around their gender identity from seeking professional help, critics argue the memorandum threatens the livelihood of professionals who may want to explore why a child or adult is claiming to be transgender.

“Some people may experience gender confusion for a host of complex reasons, but you have to ask yourself if the media’s fixation with these issues is causing some children to question their gender identity who may not otherwise have done so,” said Simon Calvert, deputy director of public affairs for the U.K.-based pro-family group The Christian Institute, noting the movement is being led by politics and fashion, not medicine, science, or the best interests of children.

“Right now it seems a child who in any way questions their gender is put on a one-way conveyor belt to gender reassignment, and that is incredibly dangerous and damaging,” Calvert said. “We are already seeing the stories starting to emerge from children who were encouraged to transition by parents and doctors and who are now regretting it.”

Some in the medical community agree.

“What I’ve been seeing in a fertility clinic are the long-term results of often very unhappy people who now feel quite badly damaged,” Robert Winston, an emeritus professor of fertility studies at Imperial College London, told the Today program on BBC Radio 4. He said the “results are horrendous in such a big proportion of cases,” noting that 40 percent of people who undergo vaginal surgery have complications, and 23 percent of people who have their breasts removed “feel uncomfortable with what they’ve done.” He said the fundamentals of why people say they are transgender need to be better understood.

Other critics say taxpayers should not have to foot the bill for expensive transgender treatments. In September, The Daily Mail published an article on the NHS helping transgender children as young as 12 freeze their eggs and sperm before beginning hormone treatment so they can use them later if they want to have children. Earlier this summer, an NHS doctor advocated for publicly funded womb transplants for men who identify as women. Experts have said the controversial surgery—implanting a donor womb into a person born with male organs—could be available within the next decade. 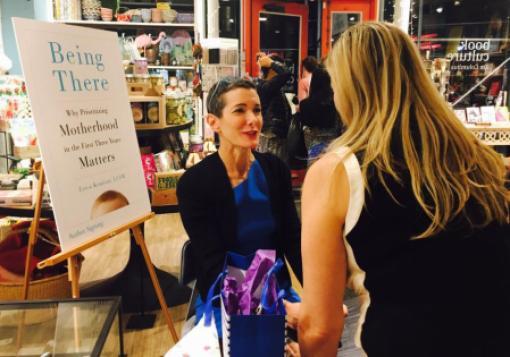 The importance of moms

A politically liberal psychoanalyst whose research led to traditional conclusions got the cold shoulder from mainstream media when she released her book Being There: Why Prioritizing Motherhood in the First Three Years Matters.

“I couldn’t get on NPR,” Erica Komisar told The Wall Street Journal’s James Taranto. “I was rejected wholesale—particularly in New York—by the liberal press.”

The book makes the case, backed by neuroscience and psychology, that “mothers are biologically necessary for babies.”

“Every time a mother comforts a baby in distress, she’s actually regulating that baby’s emotions from the outside in,” said Komisar. “After three years, the baby internalizes that ability to regulate their emotions, but not until then.”

The book also makes the case, backed by hormone science, that fathers cannot replace mothers during early childhood. Komisar said that despite the fact that people “want to feel that men and women are fungible,” they aren’t. Moms and dads produce different nurturing hormones, and during early childhood, the empathic motherly response is more important.

Komisar wrote the book because she started to see more and more children in her practice with disorders—ADHD, aggression, depression, lack of empathy—and started to link them to the absence of mothers in the daily lives of their children. When she started researching it, the science backed her up.

But Komisar told Taranto that her voice has been silenced because it could make some women feel guilty, or reinforce traditional gender roles.

Komisar insisted she isn’t trying to set women back 50 years, but said the needs of children are being lost when women believe they can have it all—high-pressure jobs, big salaries, and babies—at the same time. —K.C. 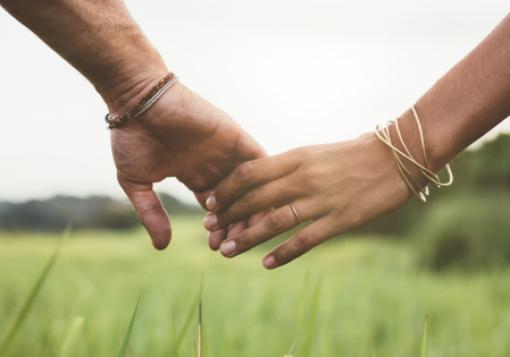 Cosmopolitan flirted with incest in an article published Monday.

“This is what it’s like to fall in love with your brother,” told the detailed story of half-siblings, separated at birth, who reunited, fell madly in love, and, in spite of both being married with children, maintain a secretive sexual relationship.

The article romanticizes their situation and makes the couple appear helpless to stop it due to genetic sexual attraction, a theory that genetic relatives separated at birth can have a strong sexual attraction to one another if they meet as adults.

The couple told Cosmopolitan they feel like their love shouldn’t be illegal—many U.S. states have laws prohibiting sexual intercourse between first-degree relatives. (In the state where the couple lives, they could face life in prison). Many observers say legalizing incest is a natural next step down the slippery slope of the modern sexual ethic.