Children ‘are not garbage’

U.S. Supreme Court upholds post-abortion burial rules but does not defend the right to life

In a partial win for unborn babies, the U.S. Supreme Court ruled last week in favor of an Indiana law requiring abortion facilities to bury or cremate aborted babies’ bodies. But the justices let stand a lower court ruling that a Indiana law protecting babies from abortion on the basis of sex, race, or disability was unconstitutional.

Indiana and several other states have passed laws requiring the humane disposal of aborted babies since pro-life activist David Daleiden published videos in 2015 showing abortionists talking about selling aborted baby body parts and the difficulty of disposing of them. Most of the time, abortion facilities contract with medical waste companies that either send the bodies to an incineration plant or steam cook them and dump them in a landfill.

Indiana appealed to the Supreme Court last year after the 7th U.S. Circuit Court of Appeals ruled against both the 2016 discrimination abortion law and the baby bodies burial and cremation provision. The justices reversed the latter ruling on Tuesday, saying that the states have a “legitimate interest in in proper disposal of fetal remains.”

Mike Fichter, president of Indiana Right to Life, said in a statement that the ruling was a victory for pro-lifers but created a “troubling dichotomy.”

“On one hand we recognize aborted children have dignity and are not garbage,” Fichter said. “On the other hand, the court refuses the inherent, God-given dignity of each unborn child.”

Justice Clarence Thomas, in a 20-page concurring opinion, detailed the history of the 20th century eugenics movement and its strong influence on legalized abortion. He stated that just because the court did not take up the case of abortion due to a baby’s sex, race, or disability does not mean it necessarily agrees with the appellate court’s ruling.

“Although the court declines to wade into these issues today, we cannot avoid them forever,” Thomas wrote. “Having created the constitutional right to an abortion, this court is duty bound to address its scope.”

The decision supporting the dignified disposal of fetal remains could affect other states with similar laws, including Texas and Arkansas. A federal judge struck down a Texas law on fetal cremation and burial in September 2018, and the 5th Circuit will hear oral arguments in the case next week.

Joe Pojman, director of Texas Alliance for Life, told me he thinks the Supreme Court’s decision bodes well for the Texas law. “We think we had a very good case before the Supreme Court ruled on Indiana’s law, and we think this case is even stronger now,” he said.

Americans United for Life senior counsel Clarke Forsythe told me he sees the high court’s decision as “incremental momentum” and is watching which cases the justices decide to hear next.

Three abortion cases remain before the Supreme Court: Another from Indiana about showing mothers ultrasounds before an abortion, one from Alabama on its dismemberment abortion law, and one from Louisiana over its law requiring abortionists to have hospital admitting privileges.

In the meantime, Forsythe said the win for Indiana “was a good one and an important one. I hope to see a series of cases like that and expect the court to be selectively picking issues that it can uphold … and cut back on its abortion doctrine, this year, next year, [and] in 2021.” 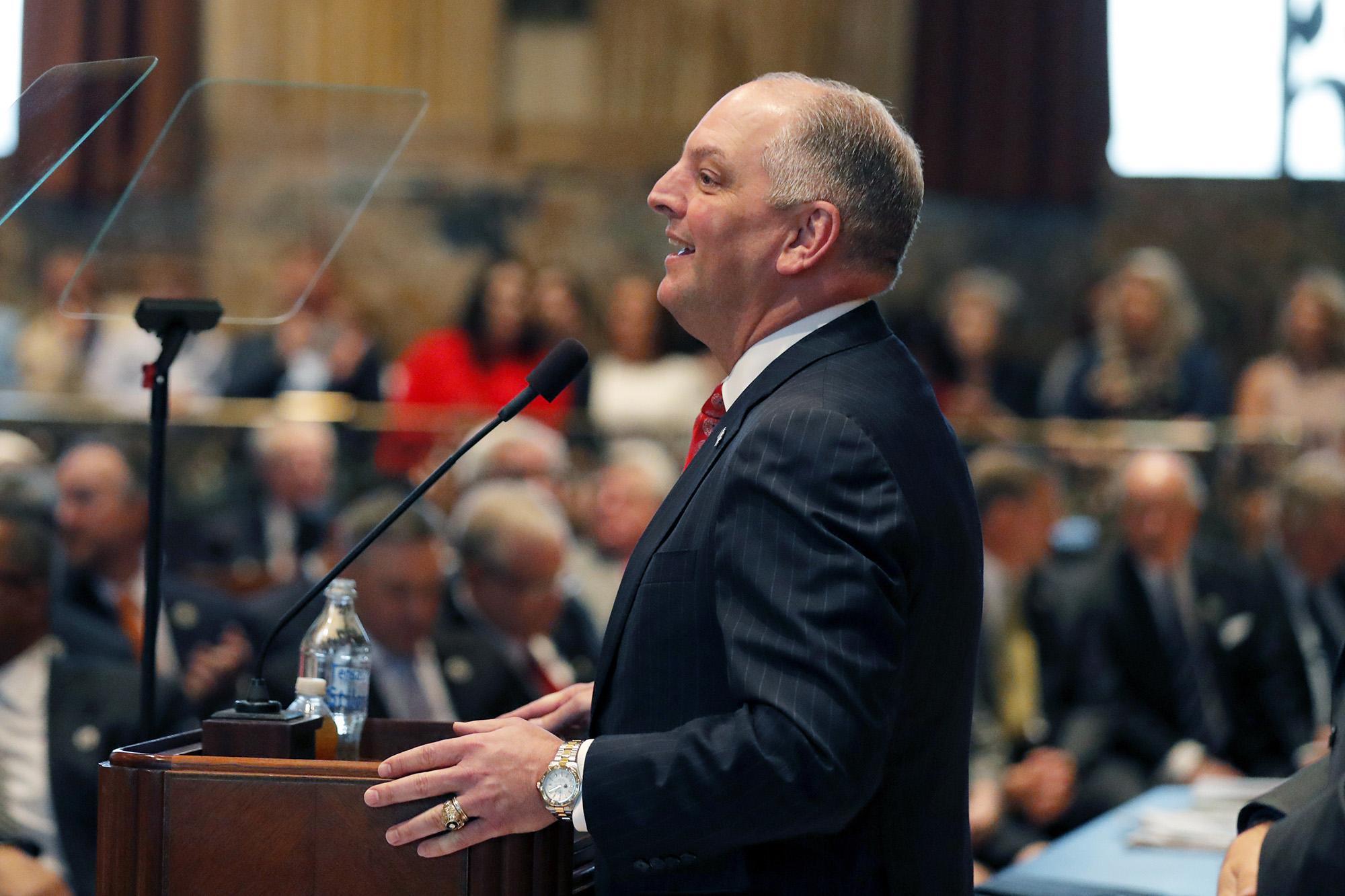 Louisiana: Gov. John Bel Edwards, a rare pro-life Democrat, signed a bill Thursday that protects unborn babies from abortion after they have a detectable heartbeat. “I have been true to my word and my beliefs on this issue,” he said in a statement.

Missouri: Despite fears from abortion advocates that the state would become the first “abortion-free state,” St. Louis Circuit Judge Michael Stelzer issued a temporary restraining order Friday saying Missouri could not prevent Planned Parenthood from performing abortions after it struggled to renew its license. The state had refused to renew the St. Louis facility’s license due to concerns over failed abortions. Other reports, collected by Abby Johnson’s pro-life website Check My Clinic, show health violation citations at that abortion facility for unsterilized instruments, expired medication, and using a single-dose medication on multiple patients.

Illinois: Pro-life advocates are watching with dismay as a bill that would create a legal “fundamental right” to abortion, allowing for abortions up to the moment of birth, sits on Democratic Gov. J.B. Pritzker’s desk. “This bill remains the most radically pro-abortion measure of its kind and would make Illinois an abortion destination for the country,” Peter Breen, a former Illinois state representative and current vice president of pro-life legal group Liberty Counsel, said in a statement. “[It] would strip all rights from unborn children and wipe nearly every abortion regulation off the books in Illinois.” —S.G. 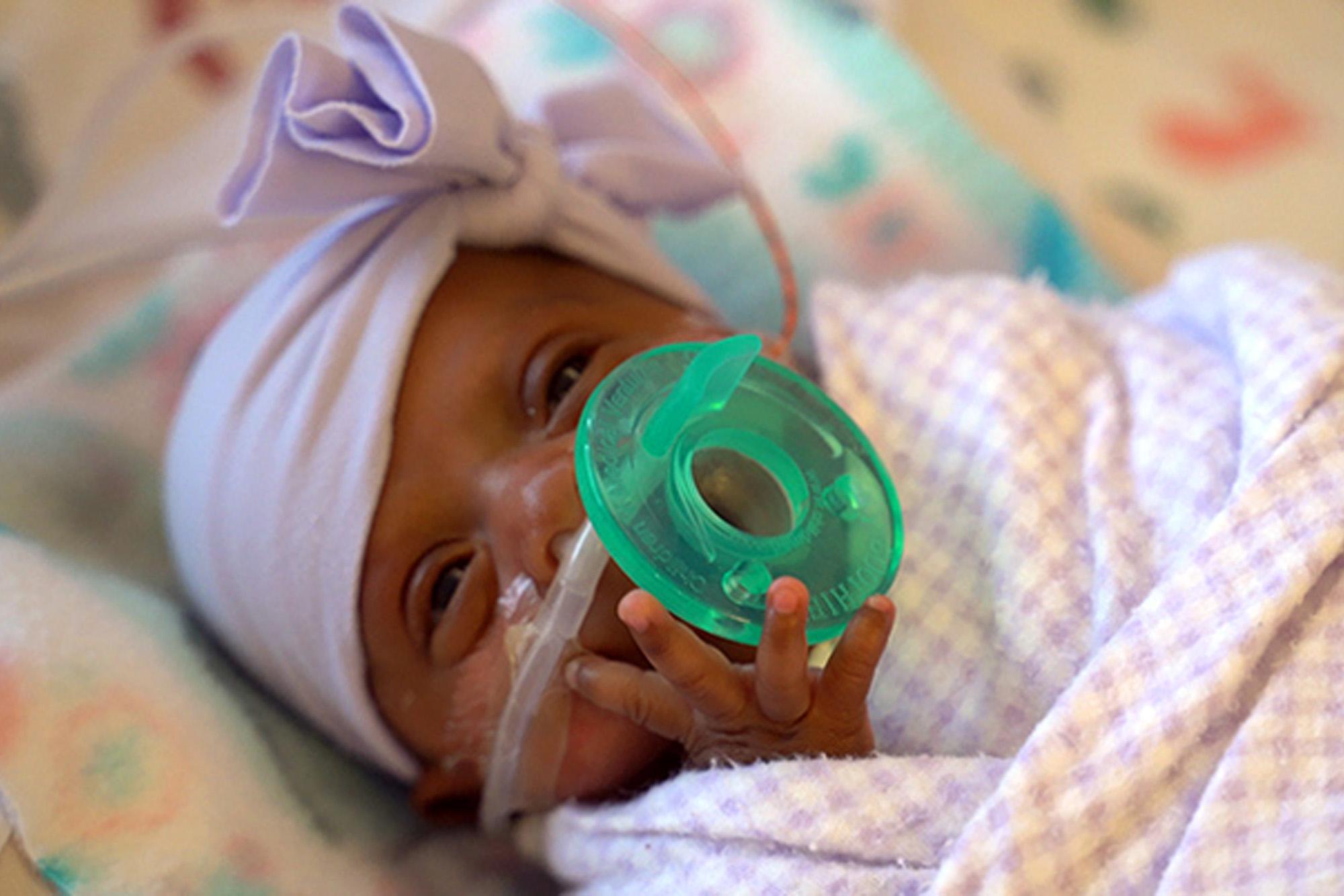 A week of babies

Baby Saybie might be the smallest baby ever to survive premature birth. She weighed just 8.6 ounces when she was born in December at 23 weeks of gestation in a San Diego Hospital. Her mother, who wishes to remain anonymous, said doctors told her that Saybie would live about an hour. “But, that hour turned into two hours, which turned into a day, which turned into a week,” she said, according to NPR. Last week, Saybie finally went home, weighing 5 pounds after five months in the neonatal intensive care unit. Pro-life advocate and former Planned Parenthood director Abby Johnson welcomed a new son into the world on Friday. “Fulton is absolutely perfect, and everyone is totally in love,” Johnson tweeted. Fulton makes Abby a mother of eight. I have always enjoyed interviewing her for stories, partly because we both have a great deal of background noise from little people. While still in the womb, baby Jaxson Sharp received the United Kingdom’s first keyhole surgery to repair his spine. Jaxson had spina bifida, a condition that prevents the spinal cord from developing properly and can lead to complications such as paralysis. Doctors at Kings College Hospital in London made three small incisions in his mother’s abdomen and used a camera and tiny tools to perform the repair. —S.G.

Planned Parenthood President Leana Wen has made numerous claims that “thousands of women” died every year from illegal abortions before the Supreme Court’s 1973 Roe v. Wade decision, which led to legalized abortion nationwide. A Washington Post reader asked the news outlet to fact check the claim, and it did.

Reporter Glenn Kessler discovered some estimates from the early 1900s that up to 5,000 women died annually from illegal abortions. But he pointed out that those were estimates from a time before antibiotics. In the 1960s, the deaths were probably in the low hundreds. According to the Centers for Disease Control and Prevention, only 39 women died from illegal abortion in 1972, the year before Roe v. Wade. “These numbers were debunked in 1969—50 years ago—by a statistician celebrated by Planned Parenthood. There’s no reason to use them today,” Kessler wrote. —S.G.