How Christians should engage with critical theory 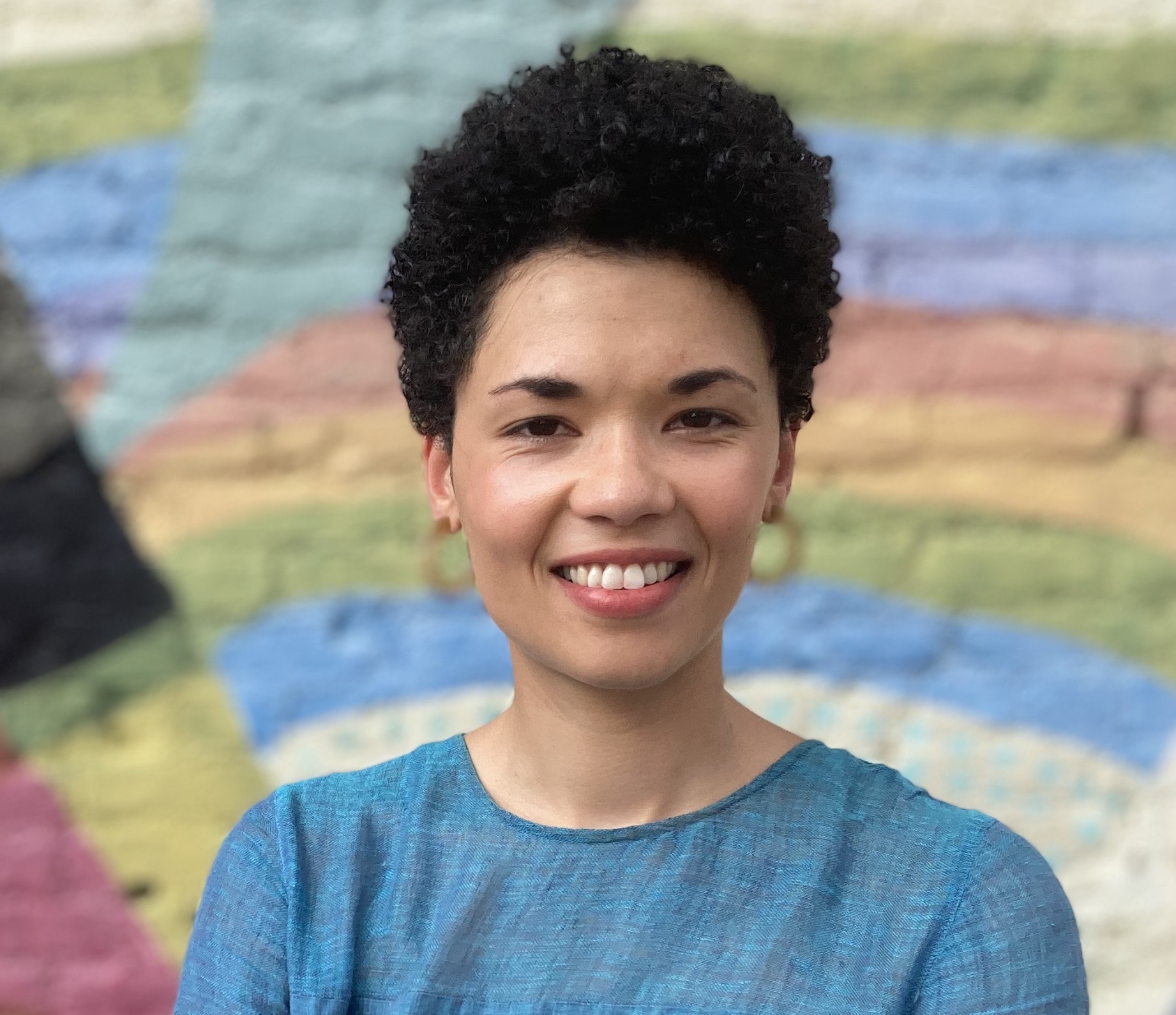 While I have grieved the deaths of George Floyd and others, I’ve also seen how groups like Black Lives Matter leveraged it to amplify a particularly cynical narrative about race and justice in this country.

That narrative is rooted in critical theory, an ideology that has reshaped not only how many Americans talk about social issues like race, but how we talk about reality, the nature of truth, our purpose as individuals, and the purpose of government.

Let’s examine critical race theory and how Christians should engage with it.

What is critical theory?

Like Rousseau, critical theory sees man as a kind of noble savage, awakened by capitalism out of a relatively stable, self-sufficient existence into cut-throat, self-interested competition. Like Marx, critical theory believes that returning to this state of equitable co-existence will require us to organize a revolution and overthrow these manipulative systems.

But, drawing from Gramsci and looking at the failure of Marx’s economic revolution, critical theory proposes that this revolution will unfold along cultural rather than economic lines, with participants organized by their group identity rather than by their economic class.

To really understand critical theory, we need to look at it as a philosophy. We need to consider the claims it makes about the nature of reality, the nature of knowledge, and our telos as humans.

In line with its Marxist and postmodern roots, critical theory rejects a transcendent or sacramental view of reality. Reality is nothing more than a series of manmade systems and constructs that govern human interaction, dictate our identity and organize us into political groups based on that identity.

History, according to critical theory, is the story of one group (straight white men) emerging as the hegemony, the dominant group that has the power to shape the system and that forces their norms and values on the rest of us in order to advance their interests and maintain their power.

Their power is not just economic and political, by the way, it’s epistemological too. Building on French philosopher Michel Foucault, critical theory rejects objective truth, proposing instead that every group has its own truth. So when one group gains dominance, they don’t just have the power to shape systems, constructs and norms, they also have the power to shape what is knowable and true for everyone else.

In this understanding, the human goal is to participate in a never-ending struggle against the social constructs that dictate our identity and oppress our authentic selves, while also struggling with our respective groups to dismantle the hegemony.

What is critical race theory?

Within critical theory there are several different fields of inquiry, each focusing on how a certain construct has been used to hold down one group while advancing the interests of another.

Critical race theory is one such subset that focuses on exploring how the construct of race has been used in America since the 15th century to hold back blacks while advancing white interests.

It is this obsession with eradicating racism that drives CRT’s activism. The thinking is that we can eradicate racism entirely, if we just had the right policy.

How should the Church engage with critical theory?

Given the growing influence of this ideology in all spheres of society, ignoring critical theory is not an option. So how should the Church engage? I recommend three practices: charity, caution, and courage.

The Church should begin its engagement of critical theory with charity. We should affirm critical theory’s discontent with human suffering, longing for justice, and search for meaning. It is quite possible to affirm the importance of standing up against injustice and oppression while rejecting critical theory’s ontology and its methods of interpretation. God takes injustices seriously and so should we.

Yet, the Church should also proceed with caution for several reasons. First, because critical theory represents a certain framework of knowing in which the central claims of Christianity become increasingly difficult, if not impossible to hold.

Three traits of the critical way of knowing:

In a society being increasingly shaped by critical theory, Christianity becomes at best one of many truths. At worst, it represents an oppressive narrative and a threat to political and social stability.

We should also be cautious because of how critical theory undermines the principles and processes that are essential to the functioning of a multicultural democratic society such as ours. Critical theory normalizes bad-faith arguments, pessimistic suspicion, and dramatic rather than incremental improvement. In such a climate, the conversation, compromise, and collaboration necessary for democratic decision-making and social improvement become harder to facilitate.

Lastly, we should be cautious of critical race theory because of how it shapes the way we talk about race.

In teaching that racism is permanent and all-pervasive, critical race theory creates a fixation on race that cripples our collective capacity to embrace the principle of universal human dignity, which is critical to our survival as a multicultural democracy.

In teaching that race is to blame for all disparities and problems in the black community, critical race theory suppresses other possible explanations compromising honest dialogue and the discovery of true solutions.

Critical theory establishes a new framework for how to interpret social conflict between people of different races, framing them almost exclusively as episodes of race-based oppression, an explanation that is only likely to brew civic resentment.

Critical race theory teaches that, since racism is so baked into our nation’s systems and institutions, the only means by which we can eradicate racism is by completely dismantling these systems, a perspective that is likely only to exacerbate our problems, not solve them.

In recommending caution, I am not advocating for a “flight-from-the-world-leave-it-up-to-them” kind of caution. Rather, I am proposing that the church cultivate caution for the purpose of courageous engagement.

First, the Church should engage by making space for dialogue. Everyday citizens are hungry for guidance on this topic, yet are afraid to talk about it with their friends. This fear and silencing is crucial to the success of critical theory’s political agenda.

The Church should push back against this by expanding its vision of pastoral care in such a way that it includes conversations about these kinds of taboo topics. Such conversations would not only provide an opportunity to evaluate critical theory’s central claims, but that, more importantly, would allow the church to demonstrate how the tenets of our faith answer critical theory’s fundamental questions about justice, peace, and life’s meaning.

The Church should also demonstrate courage by fostering an unwavering commitment to the facts about race and racism in this country.

The black American experience is routinely leveraged to justify a push towards a more “equitable” society, but upon closer examination, it becomes clear that we are not being told the full picture of the black experience, neither of our struggles nor of our successes.

We are told that racism, slavery, Jim Crow, and redlining are to blame for today’s black challenges. But during the 100 years after slavery ended, blacks excelled, owning homes, establishing strong families, and launching businesses despite blatant racism and discrimination. Why are we not told about these successes? What happened to this trajectory?

Every year, thousands of African Americans are shot to death, only a few hundred of them by police officers. The remaining 99 percent are killed by fellow black civilians. Yet we are told that the biggest threat to black lives are racist cops, and that we should ignore this epidemic of lethal violence that tears apart families, ruins neighborhoods and destroys children’s futures.

Despite making up only 15 percent of the population, blacks tend to be overrepresented in arrests for violent crimes, driving their disproportionately high incarceration rates. Yet we are told to focus our activism on dismantling racist policing and sentencing practices rather than on educating young black men to resist the allure of crime and empowering them to lead responsible lives.

Black scholars have produced volumes of research showing the importance of family structure and culture to black progress. Yet despite several decades of failed government intervention, we are still told to ignore this research, and to think that the key to black progress is more anti-racist government policy.

Seeking truth on these issues would empower the Church to reject false narratives while more forthrightly identifying injustice and advocating solutions that would truly lift up the marginalized among us.

In closing, I’d like to propose that the real project of the Church is to tell a better story.

Critical theory is attractive because it captures the imagination with a coherent story about the world that gives people a role to play and invites them to participate in something bigger than themselves.

We need to tell how the incarnation points to a transcendent reality that is bigger than our broken, man-made systems, that points to a God who desires to be known, to a God who can be known.

We need to tell a story in which meaning and purpose come, not from dismantling any system of oppression, but from participating in God’s redemptive renewal of all things.