Changing the way they help

As the new coronavirus pandemic extends into another week, many Americans face reduced hours and pay or no jobs at all. Communities need the assistance of nonprofit groups like the winners of WORLD’s 2019 Hope Awards for Effective Compassion even more at this time. The spread of the disease makes it harder to help the poor, but the ministries’ reliance on God provides hope and clarifies their purpose.

As of Monday, Joplin, Mo., had only one confirmed case of COVID-19, but the Watered Gardens gospel rescue mission, the 2019 Hope Awards grand prize winner, was already taking precautions. Shelter staff members took the temperature of homeless people and asked them a series of questions before they entered the mission: Have you recently traveled? Do you feel feverish? Do you have a cough? If someone answered yes, the shelter staff sent them to a hospital. Some volunteers, especially elderly ones, elected not to come in to help, while the office staff worked from home. Those who work directly with clients practiced social distancing and tried to figure out how the shelter’s workshop, known as the Worth Shop, could produce masks.

Watered Garden’s Neighbor Connect program, which pairs one neighbor’s needs to another’s skill, prepared to deliver meals to impoverished families in isolation. Executive Director James Whitford said he was reminding staff members and volunteers “what we’re here for and what Christ would do if He were here.” The shelter’s finances remain steady for now, though some grocery stores have reduced food donations. Whitford anticipates the stock market’s fluctuations eventually will cut into giving: “I think privately funded missions around the country are going to feel that, and I think we are too.”

In Indianapolis, Hope Awards regional winner Purposeful Design shut down its furniture workshop until April 7. On Tuesday, the last day the shop’ was open, about 30 craftsmen, office workers, and volunteers gathered in the morning to pray.

“We had a really good time of encouragement,” ministry director David Palmer said. “We talked about how we want to come back stronger after this time than before it.” They discussed Hebrews 3:13—“Exhort one another every day … that none of you may be hardened by the deceitfulness of sin”—and planned to keep in touch through group chat messages. Staff members also came up with 14 ideas of things to do during the two weeks off, like taking a prayer walk or baking bread. The craftsmen will receive half-pay during that time.

Meanwhile, Little Light Christian School, a Hope Awards regional winner in Oklahoma City, is closed at least until early April. Principal Robin Khoury said the school still distributes boxes of food for the students’ families with the help of donors and local food banks. She noted that most of the families with students at the school operate with very thin margins. The school is creating a plan for distance learning while waiting to see what state and county schools will do for the rest of the academic year.

In Louisville, Ky., the strip clubs are closed, but “the church ladies” of Hope Award regional winner Scarlet Hope are still texting the dancers. The ministry’s office staff is working from home, and clients in the career development program are completing assignments remotely and receiving case management by phone while still receiving pay from the ministry. On Thursdays, they can pick up food and supplies. So far, donors have been quick to provide in-kind donations, though Scarlet Hope’s two bakeries, which help fund the ministry to former sex workers, reduced their hours. Scarlet Hope canceled its first large fundraiser of the year. “It may look different, but we’ll keep doing what we’re doing: letting these women know that Jesus loves them,” Executive Director Ronelle Brumleve said. 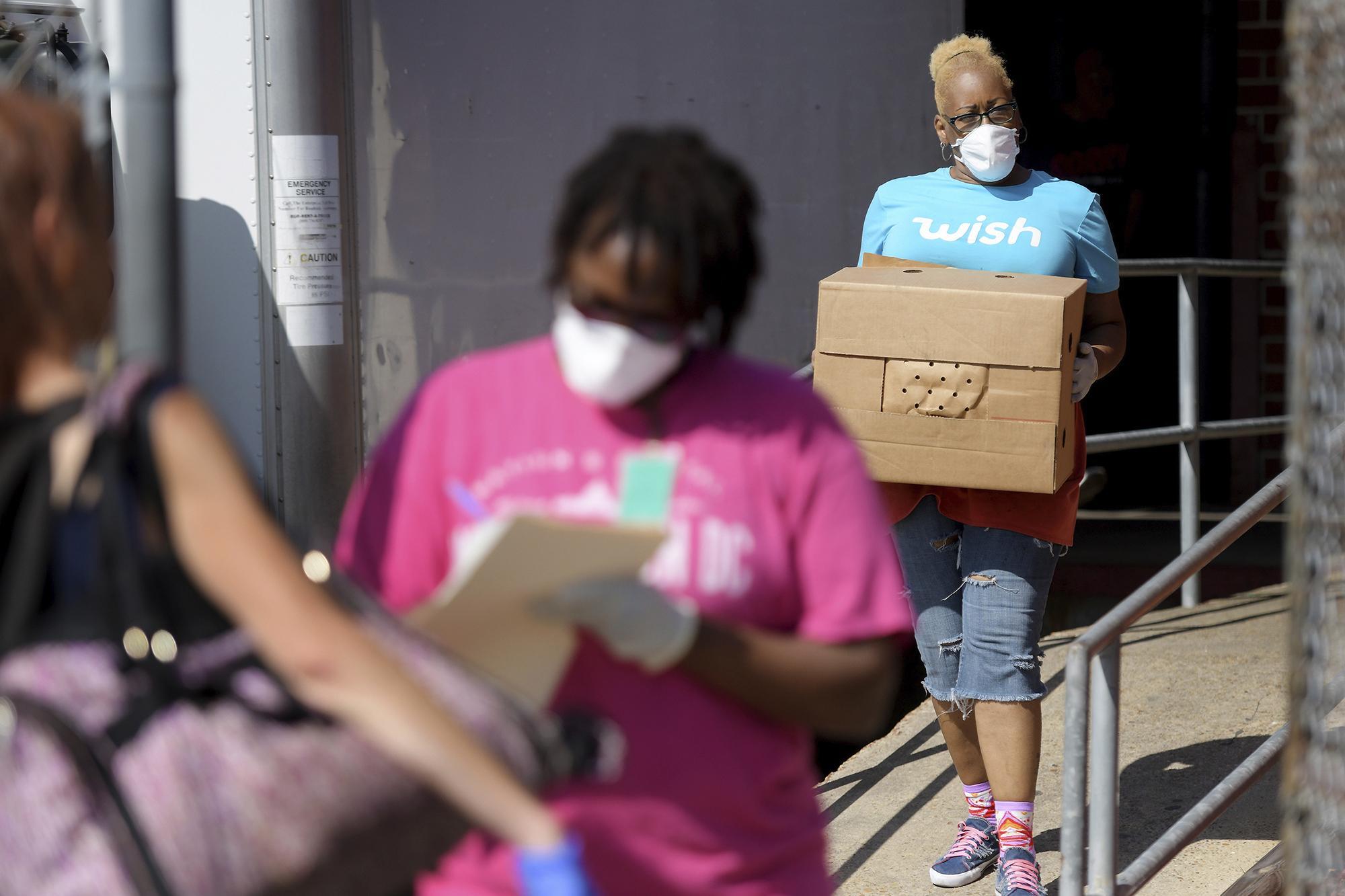 Volunteers distribute boxes of food at the Salvation Army in Jacksonville, Fla., on March 18. Associated Press/Photo by Bob Self/Florida Times-Union

The coronavirus outbreak has hit charities hard, on operational and financial fronts. The Salvation Army has had to cancel several fundraising events and focus on online donations, said Dale Bannon, the organization’s community relations and development secretary. And many fear a possible recession will lead to further declines in giving.

The economic stimulus package under consideration in Congress includes incentives for charitable giving. It would allow a $300 income tax deduction—on top of the standard deduction—for donations toward efforts to help in the coronavirus crisis. Sen. James Lankford, R-Okla., proposed an amendment to increase that deduction, but the latest draft of the legislation kept the amount at $300.

The Ethics and Religious Liberty Commission of the Southern Baptist Convention called for more support, including allowing itemized deductions of gifts, for charities helping fight COVID-19. Experts blamed a 3.4 percent drop in charitable giving in 2018 on Republican tax reforms that raised the standard deduction. ERLC President Russell Moore explained in a March 16 letter to congressional leaders that the outbreak could be the last nail in the coffin for many struggling charities.

“I am gravely concerned about the future of the nonprofit organizations that serve the most vulnerable members of our society,” he wrote. “Without dramatic action, many of these nonprofits will be forced to close their doors.” —Rachel Lynn Aldrich 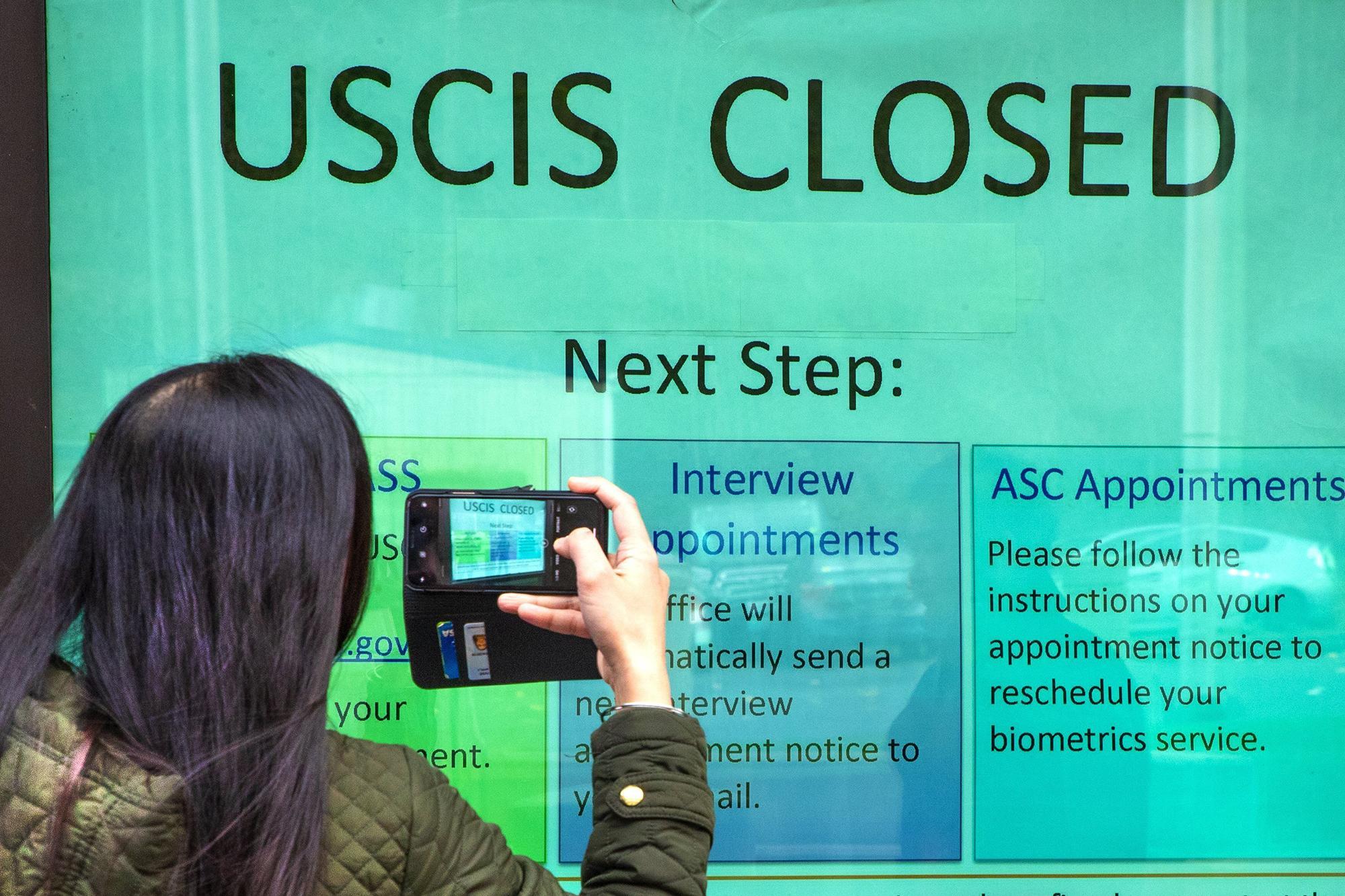 Volunteers distribute boxes of food at the Salvation Army in Jacksonville, Fla., on March 18. Associated Press/Photo by Bob Self/Florida Times-Union

Confusion at the border

The Centers for Disease Control and Prevention issued an order on Friday that immediately turns back anyone caught illegally crossing the U.S. border from Canada or Mexico.

But it’s unclear what will happen to some migrants because Mexican officials said they will only take back people from their country or Central America and only before they are processed into U.S. custody.

The coronavirus outbreak has affected nearly every aspect of immigration, suspending immigration hearings, halting refugee resettlement, and banning tourism. The U.S. borders are open only to facilitate trade. —R.L.A.

Rolling back the death penalty

Colorado on Monday became the 22nd state to abolish capital punishment. Gov. Jared Polis signed the bill into law after the state House voted 38-27 to pass it. Polis, a Democrat, also commuted the sentences of three men on death row, The Denver Post reported. Colorado carried out its last execution in 1997. —R.L.A.